Donna Williams, the founder of Field Goods, a subscription-based local produce delivery service, responds to a recent article in The New York Times. 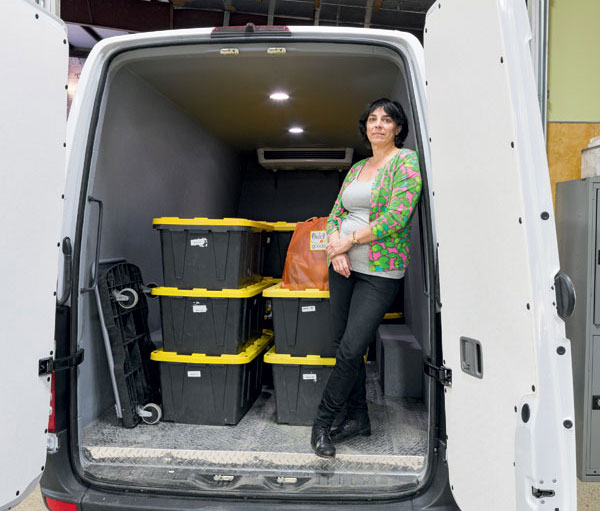 On July 19, Julia Moskin wrote a piece published in The New York Times, titled When Community-Supported Agriculture is Not What it Seems.

As the founder of Field Goods, a subscription-based local produce delivery service based in Athens, New York, I felt compelled to respond to several inaccuracies and misperceptions in the article.

A central point in Moskin’s article is that online food hubs with sophisticated technology are not only stealing the customers of CSAs but also co-opting the term “CSA” for marketing purposes. The latter point is true for some businesses, but the former is incorrect in fact and implications.

In reporting on CSAs – an acronym for community-supported agriculture – and the local produce market, Moskin limited her research to New York City, large companies, and well-funded start-ups. She fell into the trap of reporting on press “darlings” with flashy, and as of yet, unproven business models. She didn’t dig deeper into the real story of local produce and farming in the Northeast.

CSAs were originally defined as a service for a community of individuals who pledge to support a farm operation by paying in advance for a weekly share of the farm’s harvest. The term “CSA” is now used as shorthand for services that distribute pre-selected boxes or bags of local products, typically offered weekly, sometimes requiring pre-payments or subscriptions, and often sourced from multiple farmers and producers. Given the newness of the local produce industry, gravitating to a known term is an inevitable outcome, despite its inaccuracy.

By the nature of the product itself, “true” CSAs serve a small niche market. Their stagnation is not primarily due to “middlemen” stealing their customers, but rather market saturation. There are only so many people whose lifestyle, family size, and finances align with the product attributes of a CSA. Members of CSAs typically pay in advance to receive a large box of produce throughout the summer, and they pick it up weekly at a farm or a community location at a set time and day each week. Members get high-quality produce at a good value and the benefit of knowing who grows their food.

When the service works for them, CSA members are fiercely loyal. Still, each year CSAs lose 50 to 60 percent of their members through attrition. As noted in Moskin’s article, CSAs only work for a few people: If you are single person working eight hours a day, live in the suburbs, and/or take vacations in the summer, the CSA is simply not an option for you.

In addition, the article implies that large, well-funded, and sophisticated ventures are the drivers (and villains) of the local produce market. In truth, small local produce food hubs are driving the growth of small farms and access to local produce. Food hubs are businesses that aggregate, market, and distribute local and regional food products. The 2015 National Food Hub Survey conducted by the Wallace Center identified 547 food hubs nationwide, of which 33 percent responded. These are primarily young organizations serving their local communities. Most have been in business less than six years, with an average revenue of about $800,000. The average revenue for all the respondents was $3.3 million, which, when extrapolated, implies a market of more than $1.5 billion served by food hubs.

Field Goods is a five-year-old, subscription-based local produce delivery and wellness service. We would be considered a food hub and have never referred to our service as a CSA. On the other hand, we are sometimes referred as a CSA in the press and would be lumped into the category of “fake CSAs” mentioned in Moskin’s article. Our customers, mostly suburbanites, want access to local produce, but their locations and lifestyles cannot be served by CSAs. We have served more than 10,000 people, the vast majority of whom would have never joined a CSA. We have purchased more than $4 million worth of produce from more than 80 small farmers in the past few years, making us one of the largest single entities buying produce specifically from small farms in our region.

The article also notes that consumers of these “fake-CSAs” receive all the benefits, “while the farmers get only a fraction,” a pat statement insidious in the press that is categorically untrue. Field Goods recently surveyed a group of our farmers. On average, they have grown their acreage 183 percent and consider Field Goods to be a very important factor in their success. If we were not paying these farmers a fair price and were not a profitable customer, this simply wouldn’t be the case. Furthermore, we firmly believe that our success relies on the success of our farms, as the demand for local produce will far outstrip availability. The Wallace Center report states that balancing supply and demand is the number one challenge for 20 percent of food hubs, while negotiating price was just 9 percent. In short, the farmers hold the cards.

The two venture-backed companies that have garnered substantial media coverage are Good Eggs and Farmigo, having raised $50 million and $26 million, respectively. Both of these companies have failed. In addition, in conversations with many of our farmers, we learned that the amount of produce these companies purchased was de minimis and certainly nowhere near the volume purchased by companies like Field Goods, who – despite lack of funding and, as Moskin writes, “sophisticated distribution technology” – are succeeding. The Wallace Center report also notes that founders’ capital, donations from individuals, and grants make up about 50 percent funding for these entities. Private investors comprise just 14 percent.

By narrow reporting and disparaging alternatives to CSAs, this article hurts both small farms and small entrepreneurs who are truly making a difference.

This article fails to recognize that there are “middlemen” food hubs that only appear setup as a food hub to simply claim that title only to use the farmer to gain access to lavish grants offered by the government and in the end they pocket that money while not passing any benefits to the farmer. If the Farmer wants to “grow” as stated then they would at one point need to become incorporated which defeats the purpose of being independently ran. There is a certain level of balance that a farmer would like to obtain to not be too big… Read more »