Louisiana's coastline is slowly returning to the sea. But the region's culture still comes alive every week at the New Orleans supper club hosted by native daughter Melissa Martin. 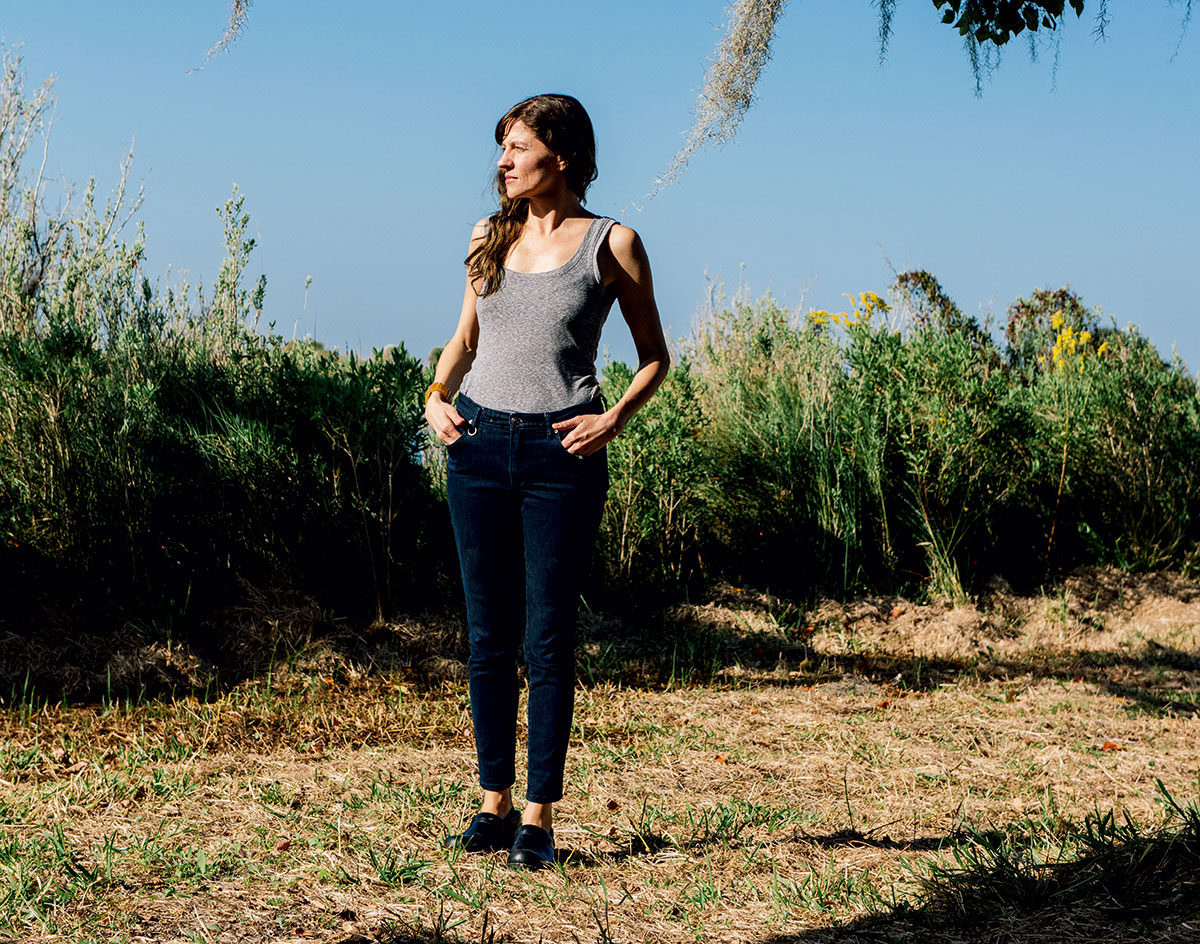 Chauvin, Louisiana rarely appears on printed maps anymore. Battered by rising sea levels, disintegrating wetlands, and Category 5 hurricanes, the tiny coastal town (population 2,912) has gradually been slipping back into the Gulf of Mexico for decades.

“Even before Katrina and the BP oil spill delivered a one-two punch to the state, erosion was a hot topic here,” says Melissa Martin, who grew up in the close-knit Cajun enclave. Her dad, and her mom’s dad, fished the surrounding bayous for shrimp and oysters. Her paternal grandfather wove nets for local shrimpers. Aunt Earline and her daughter, Rocky, still run the commercial fishing dock in Cocodrie, 15 miles south of Chauvin.

In the span of a single generation, however, many of the bayous and pastures that sustained Martin’s extended family have returned to open water. “Louisiana loses almost a football field of land to the Gulf every hour,” she explains. 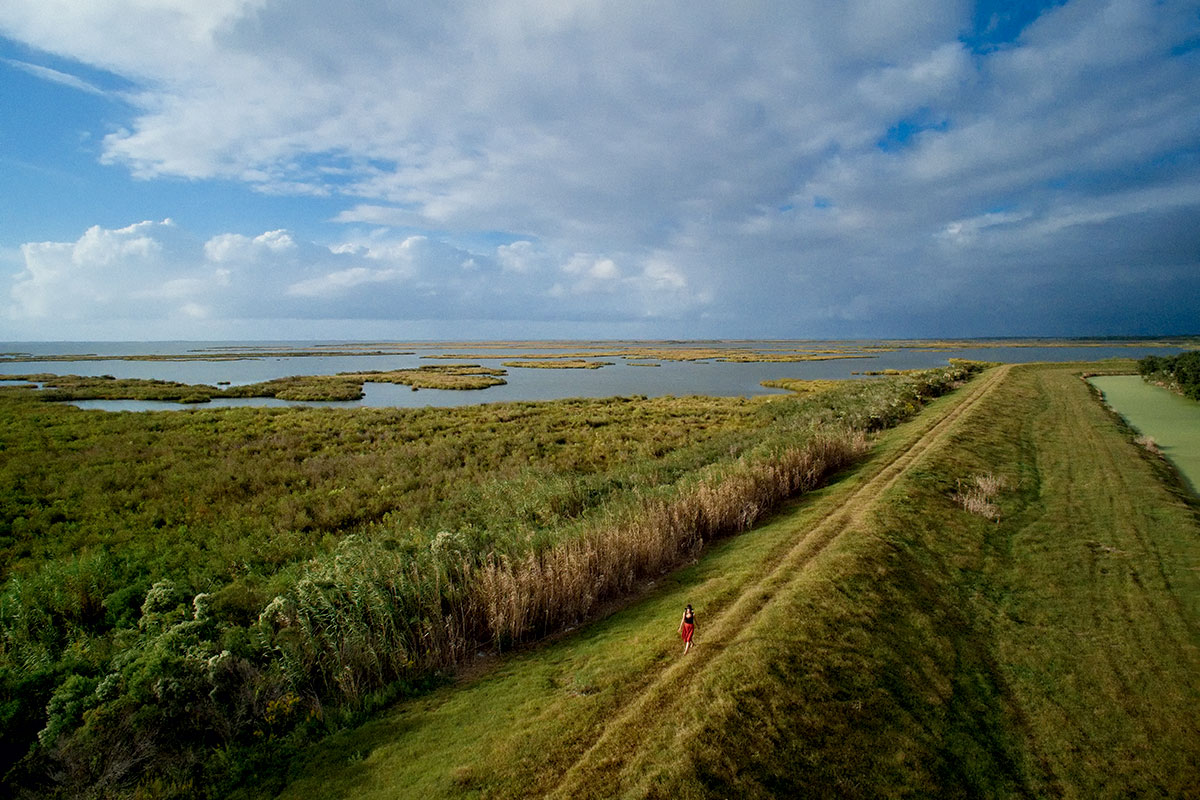 Martin strolls along a levee designed to protect the town when Lake Boudreaux floods.

While no one woman could possibly turn the tide of near-constant natural and man-made disaster, the 39-year-old chef remains dedicated to preserving the culture that shaped her. The third of six children, Martin spent long afternoons helping her grandmother, mother, and aunts put up blackberries, trim okra, or peel just-caught shrimp. “We grew up poor,” she recalls, “but we ate like kings because our people fished, hunted, and gardened.”

Each fall, the Martins and their neighbors joined culinary forces for “Lagniappe on the Bayou,” a festival that raised funds for Chauvin’s St. Joseph Catholic Church by trading in such home-cooked delicacies as shrimp boulettes, turtle in piquant sauce, and blackberry dumplings. The Martin clan’s signature offering, Pop Rouge ice cream, earned its name from a not-so-secret ingredient: the bright-red strawberry soda bot-tled in Abbeville, Louisiana, that went the way of the dinosaurs in the mid-1980s. 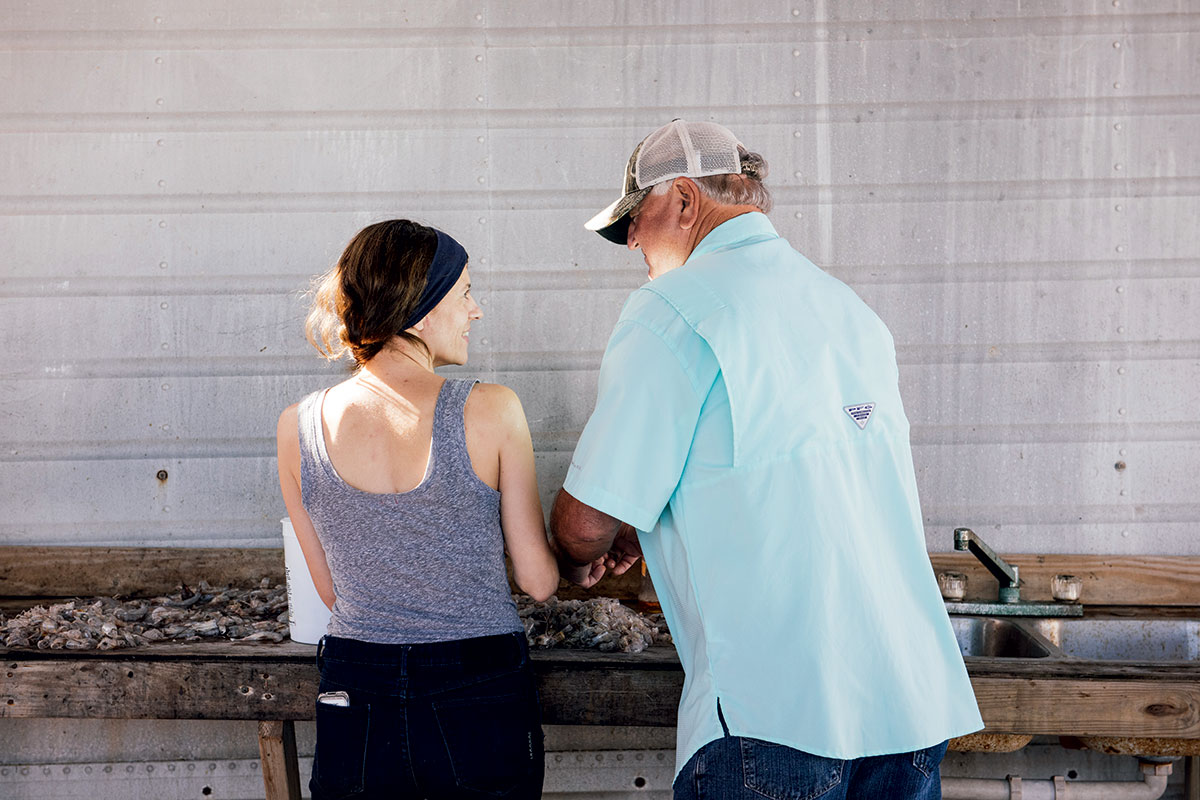 The chef and her dad, Chucky Martin, peel shrimp on the fishing dock her aunt and cousin manage in Cocodrie, 15 miles south of Chauvin. 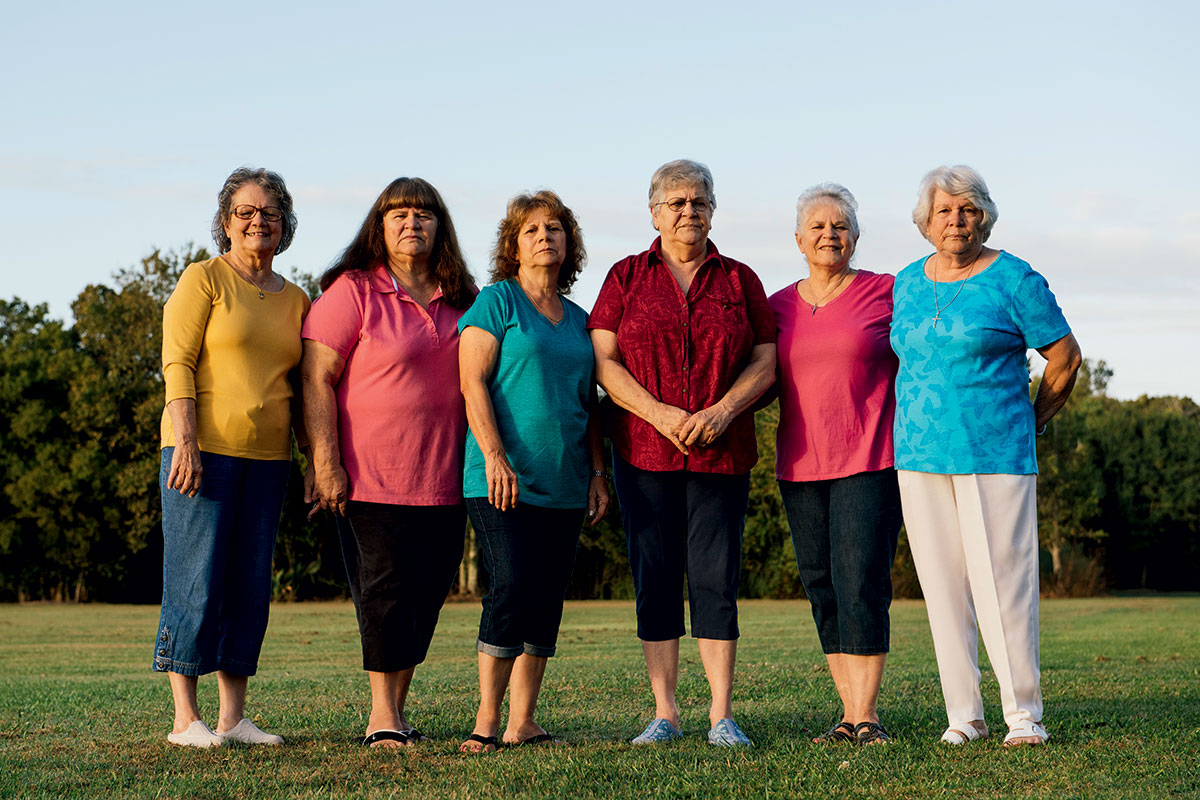 Martin’s mother, Maxine (second from right), and aunts (from left) Brenda Lirette, Christine Authement, Linda Chauvin, Laverne Marie, and Earline Sevin raised their families within walking distance of each other in Chauvin.

“Lagniappe on the Bayou” met a similar fate in 1994, following an edict from the diocese’s bishop, who felt the drinking and gambling at the event had gotten out of hand. “We were devastated,” says Martin. “Those were some of the best weekends of our lives.”

Today, the spirit of that festival – fiercely local and communal – lives on in the weekly reservation-only dinners Martin hosts in New Orleans, some 70 miles to the northeast. Named for the insects that thrive in south Louisiana’s hot, humid climate, Martin’s Mosquito Supper Club began two years ago as a pop-up affair in various locations around the city, and has since settled into a regular schedule (every Thursday) at 810 North Rampart Street in the French Quarter. (Update: As of July 2016, the address is 3824 Dryades Street.)

But the culinary happening feels miles away from the Vieux Carré’s fancy tourist-bait fare. Dishes are passed family-style around two big tables that, together, accommodate only 24 guests, each of whom pays $75 in advance for a seat. If you want wine, bring your own bottle. And count on the fact that the chef has touched every course. Explains Martin, “I want to share my family’s food with people, and that doesn’t mean teaching a line cook to make my mom’s gumbo.”

Nor does it mean deliveries from the Sysco truck. Martin personally sources all of her raw materials, hitting the Crescent City Farmers Market to handpick the best tomatoes and okra for her gumbo. Freshly milled heritage-grain flour from New Orleans’ Bellegarde Bakery distinguishes the chef’s yeast rolls, which are served alongside a compound butter that incorporates Poirier’s Pure Cane Syrup, produced in Youngsville, Louisiana. Martin buys shrimp straight off her cousin Lance Authement’s boat, and relies on Denny Higgins of Lafitte to supply top-quality crabmeat. “There are restaurants in town using frozen Egyptian crawfish for their ‘Cajun’ food,” she says, taking offense on behalf of every area fisherman left out of the equation.

Instead, raw oysters freshly plucked from the Gulf greet the guests at a typical Mosquito Supper Club feast. By the time the gumbo reaches the tables, the seafood stew’s flavor has been building for 12 hours on Martin’s Wolf range in the Lower Ninth Ward, where she lives with husband Rush Jagoe (who shot these photographs) and their 15-year-old son, Kai. She insists on from-scratch mayonnaise in the accompanying potato salad, and processes the bell peppers, celery, scallions, and wild shrimp for her deep-fried boulettes through an old-fashioned, hand-cranked meat grinder.

Martin, who also owns The Curious Oyster Co., a raw bar in New Orleans’ Dryades Public Market, has just started to turn a modest profit from Mosquito Supper Club, but she points to other, nonmonetary rewards: “By sharing the food I grew up with, I can help support the people who fish and farm it. I have to cook these recipes to save them. If I don’t, they’ll go away.” 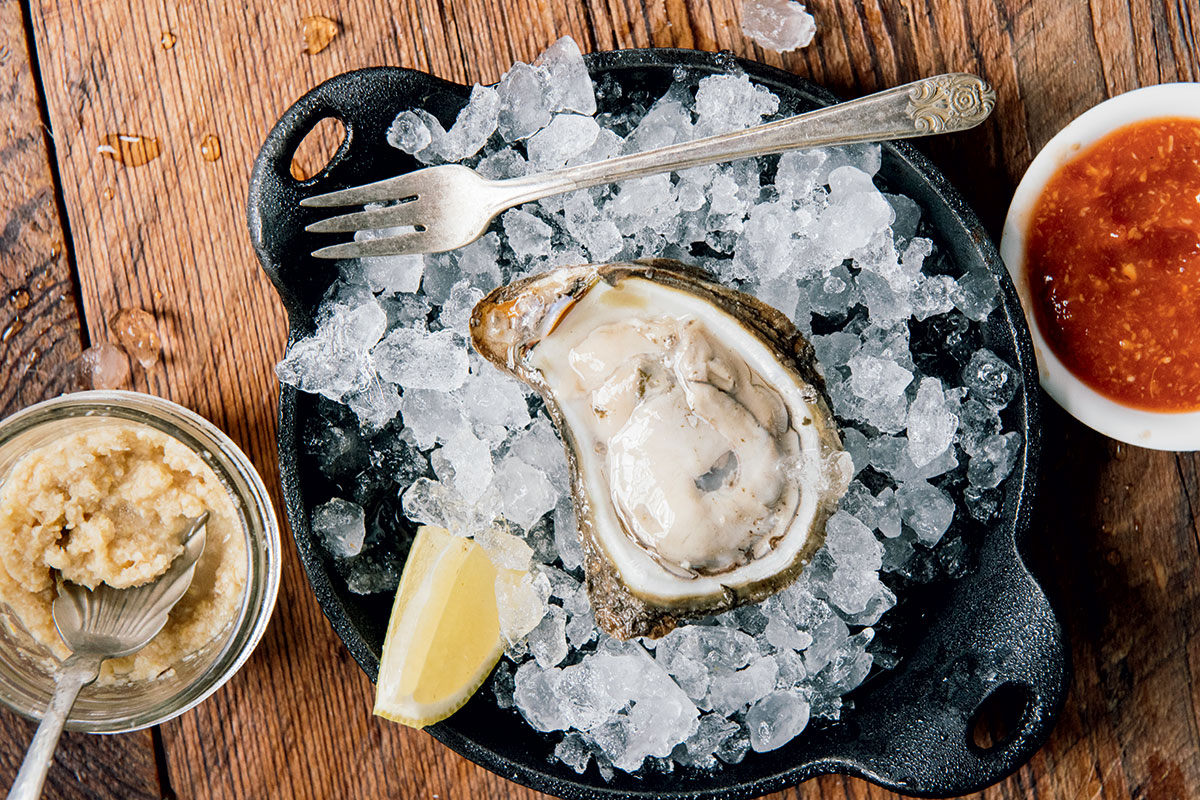 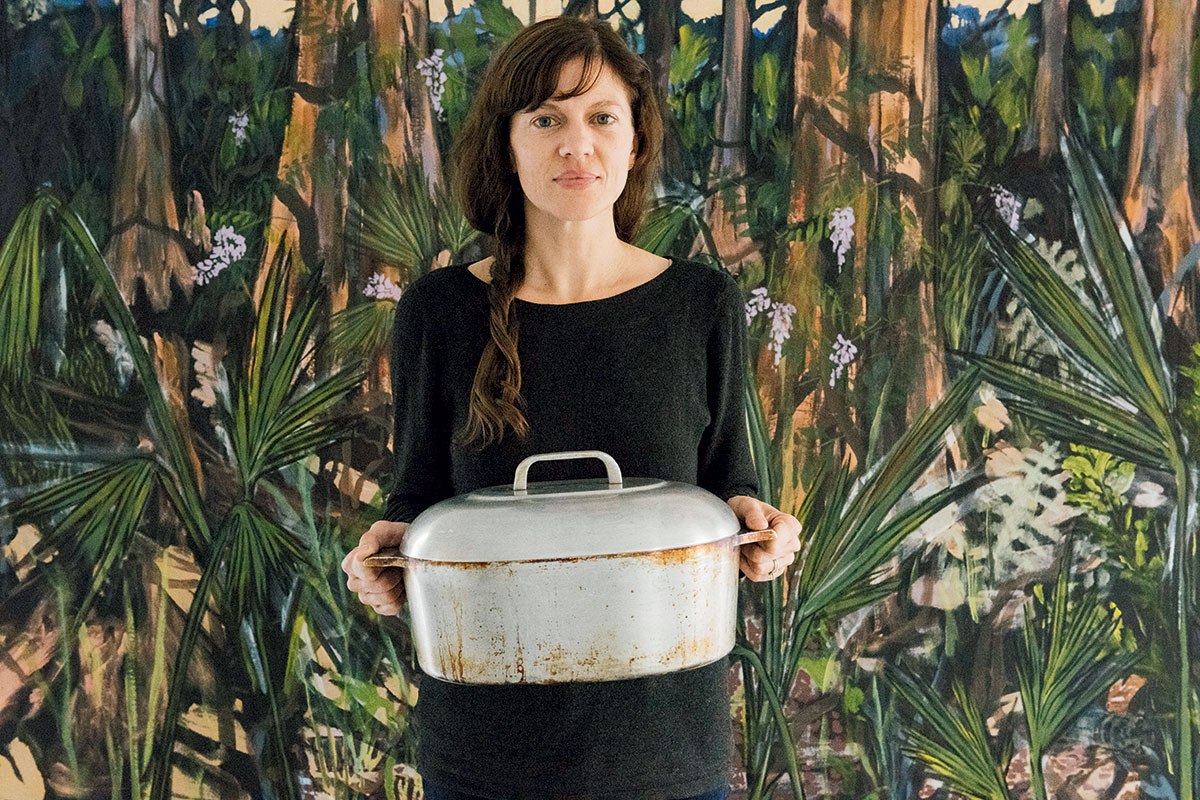 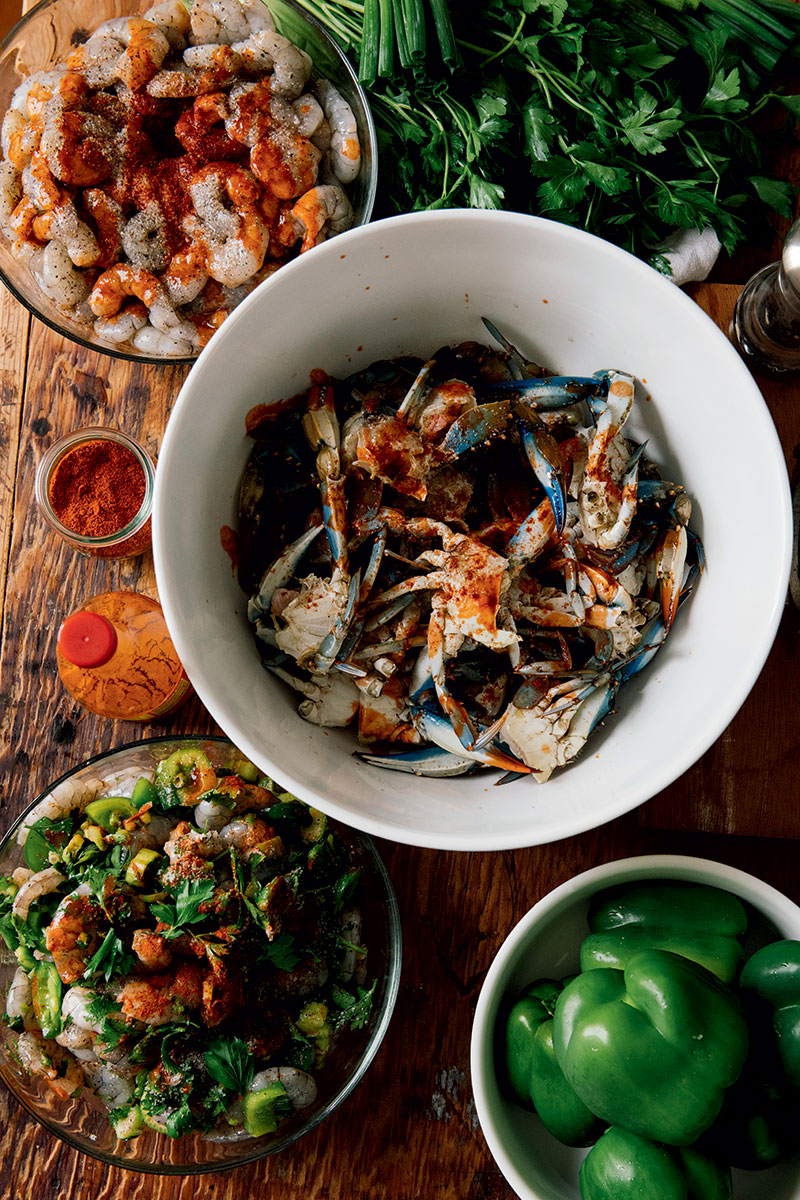 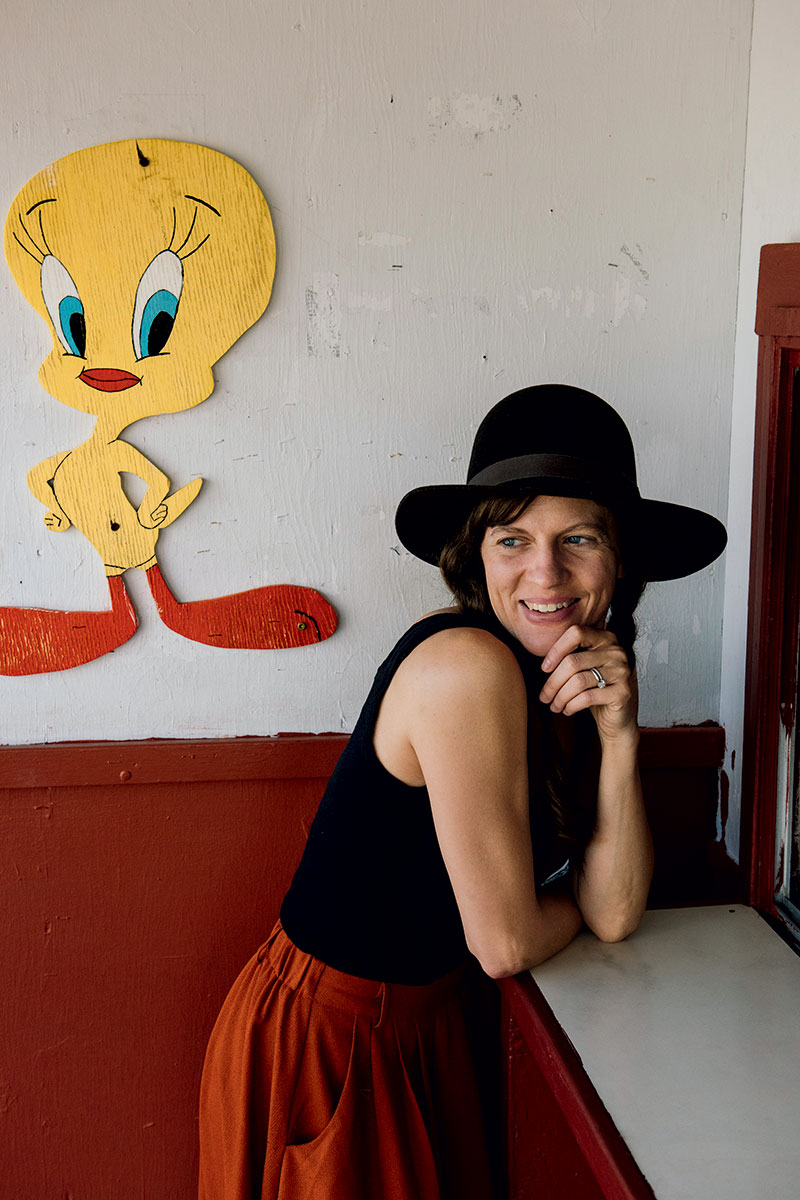 Martin waits on a coconut-and-condensed-milk snowball (her favorite) at Mae Mae’s Sno-Ball stand in Chauvin, LA. 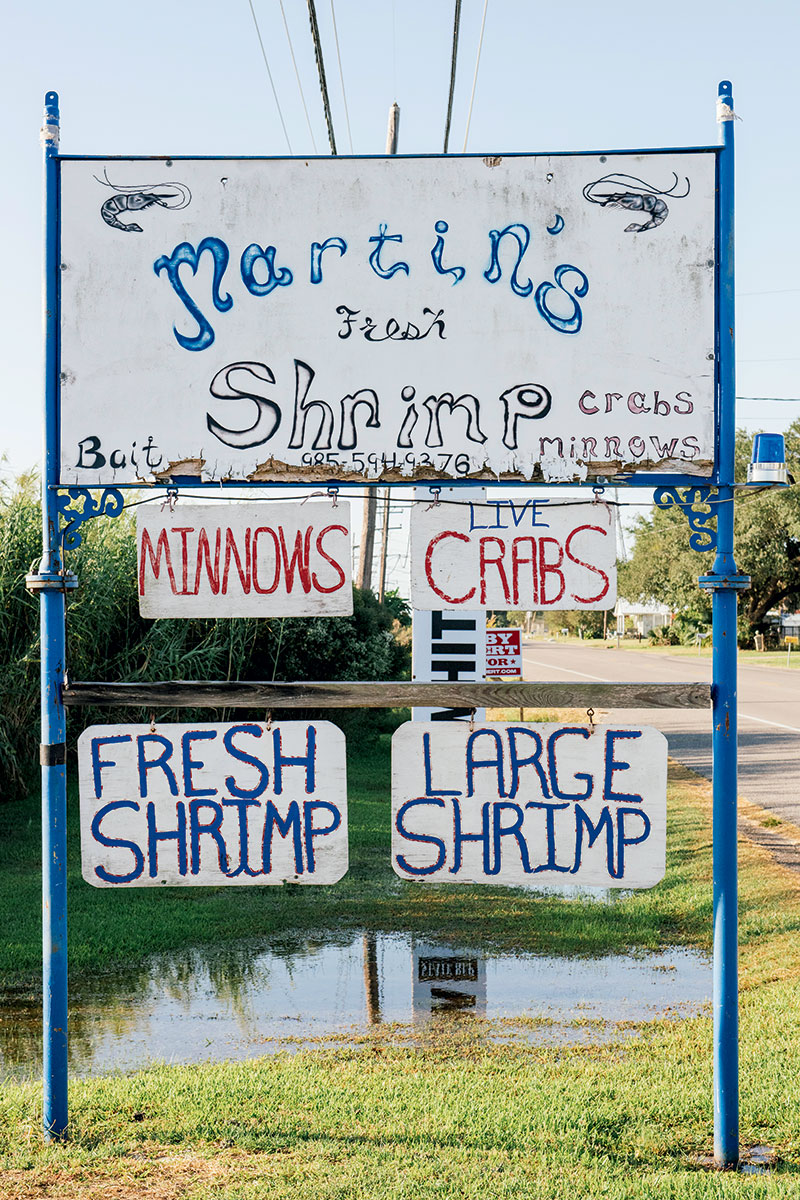 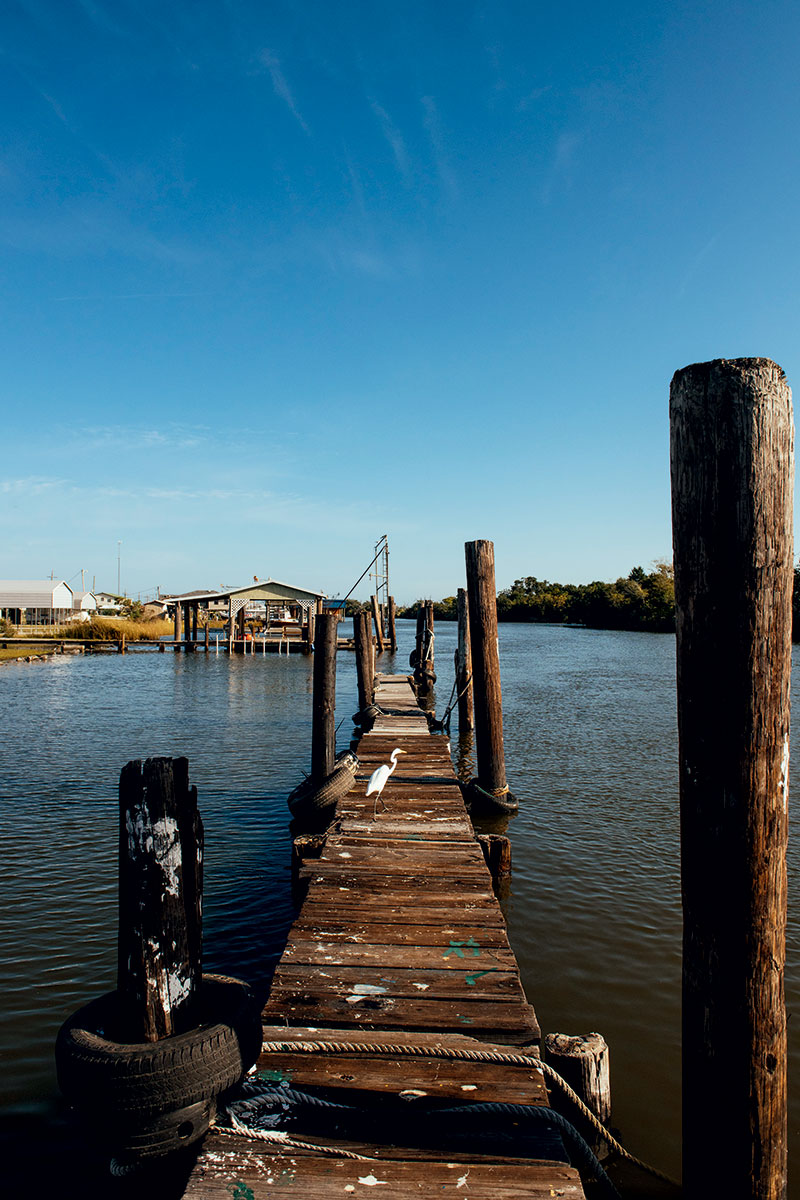 Though Chauvin’s “Lagniappe on the Bayou” festival hasn’t taken place since 1994, the church fundraiser continues to inspire Martin’s cooking. “I still remember how everything smelled and tasted,” she says. 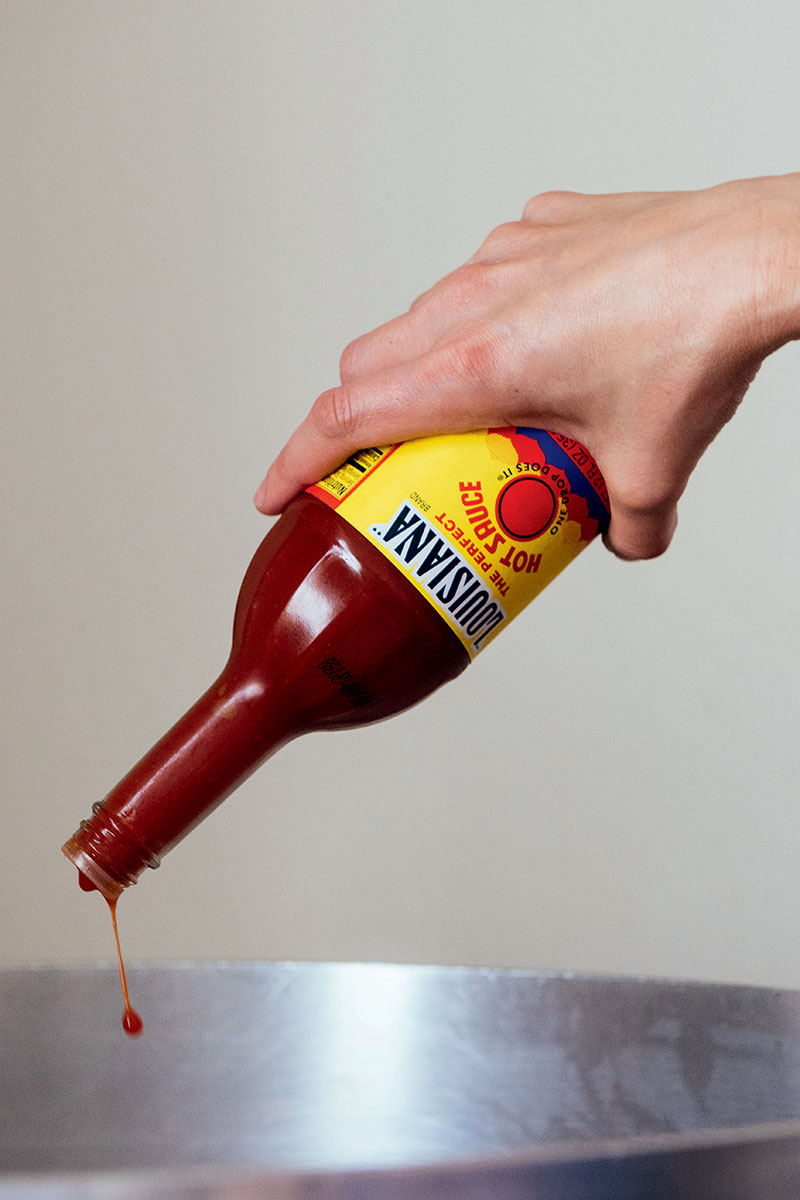 Martin is partial to “Louisiana” brand hot sauce, made in New Iberia. 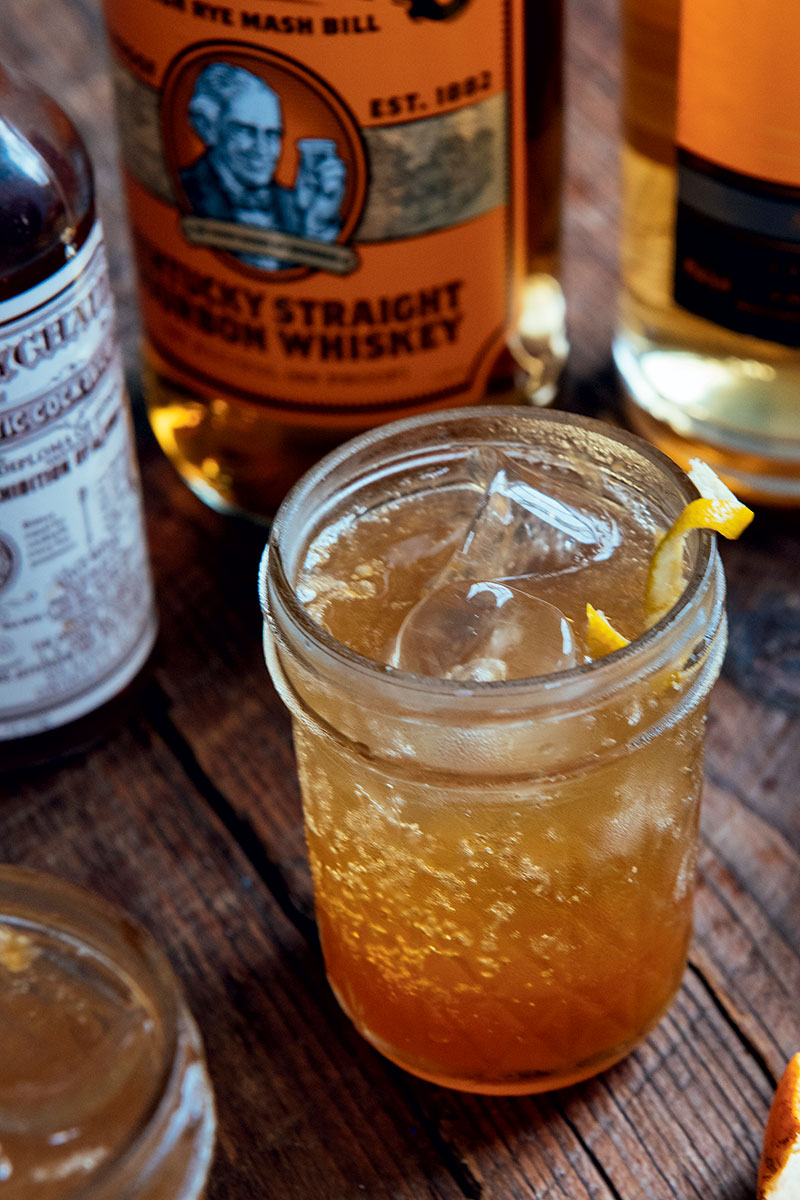 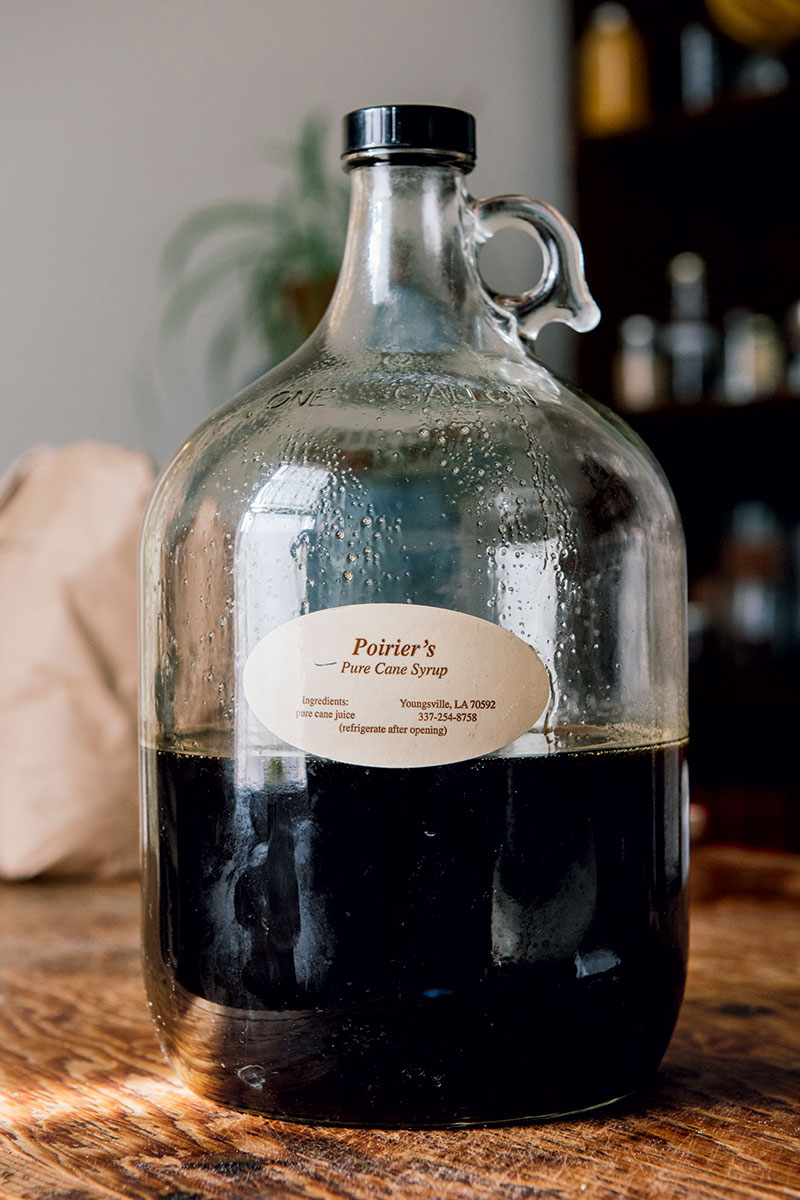 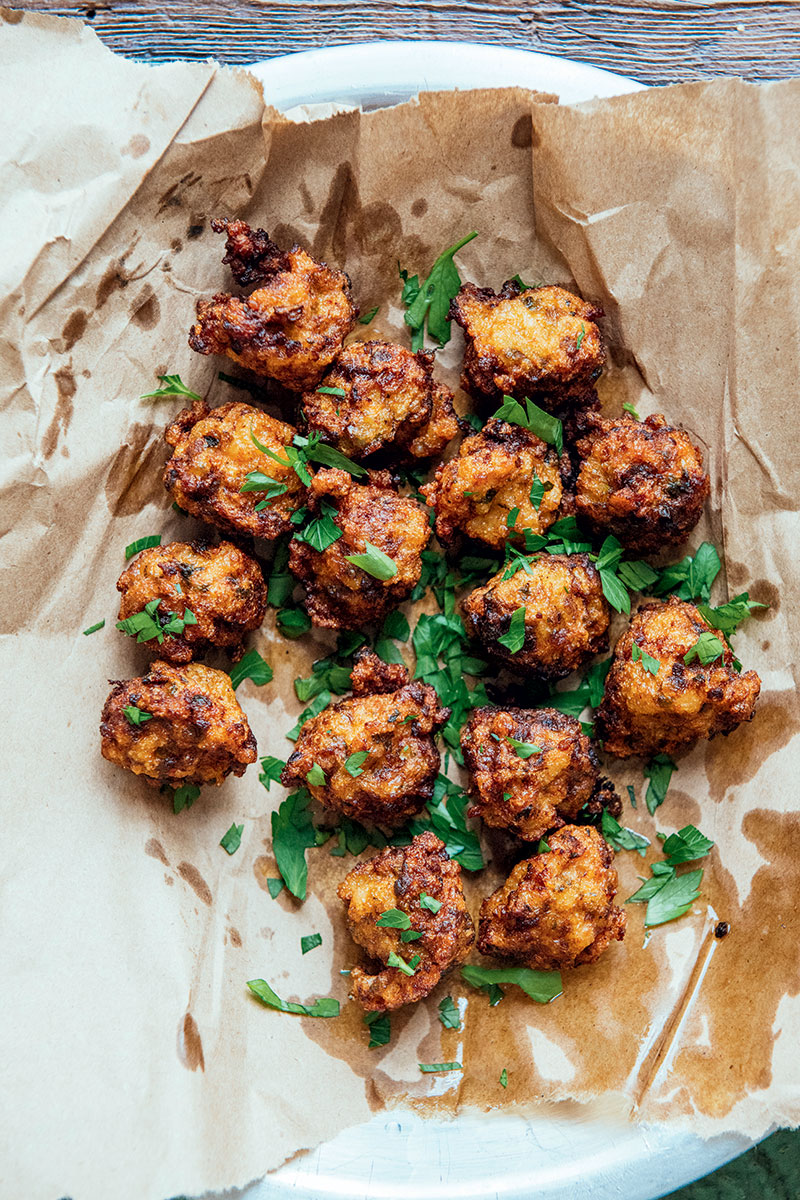 Not to be confused with hush puppies, these fried boulettes rely on ground shrimp – not cornmeal – to hold their shape. 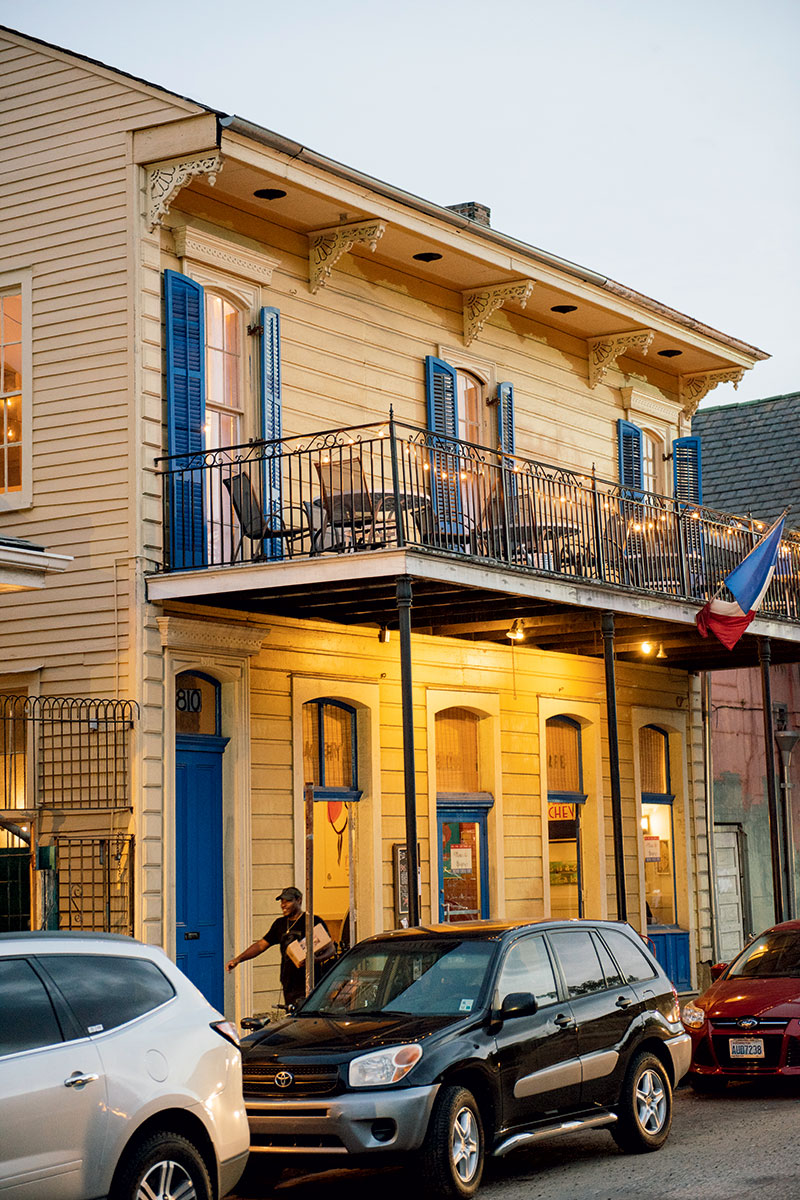 Up until July 2016, Martin hosted her weekly dinners on the second floor of this circa 1880 building in New Orleans’ French Quarter. She’s since moved to a new spot on Dryades and General Taylor Streets in the city’s Garden District. 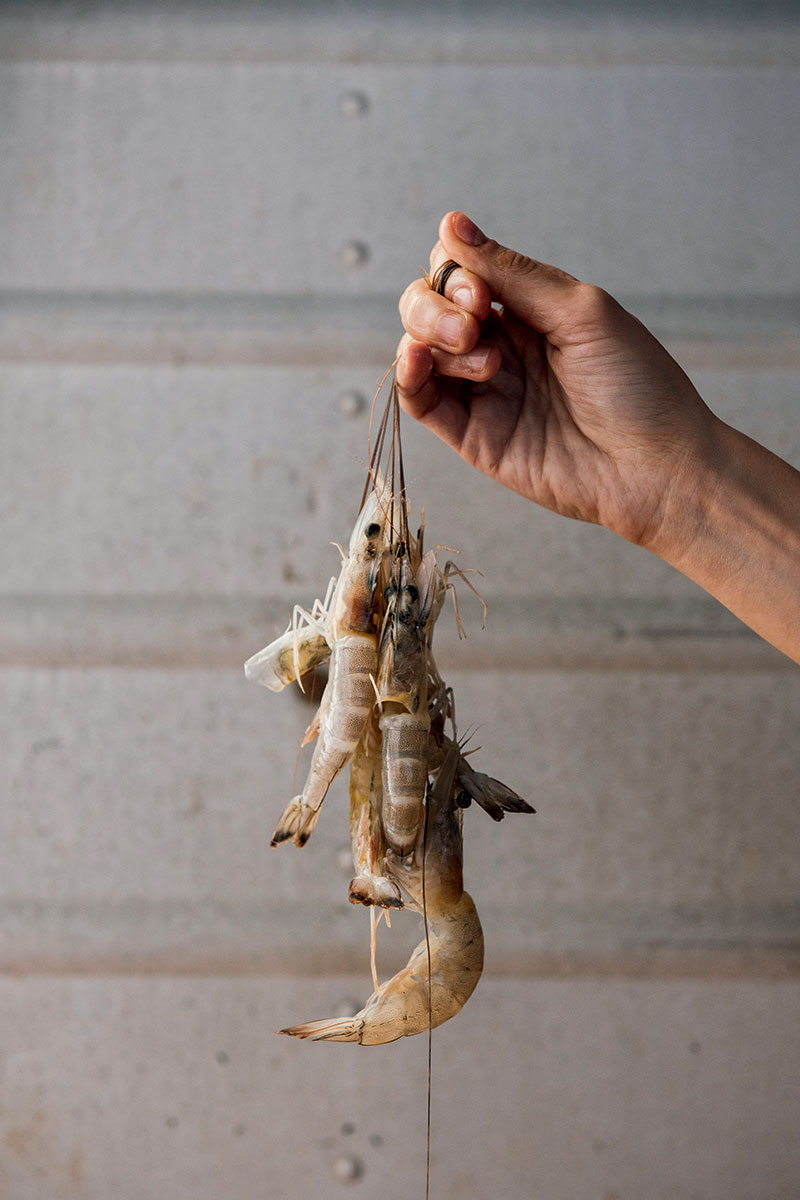 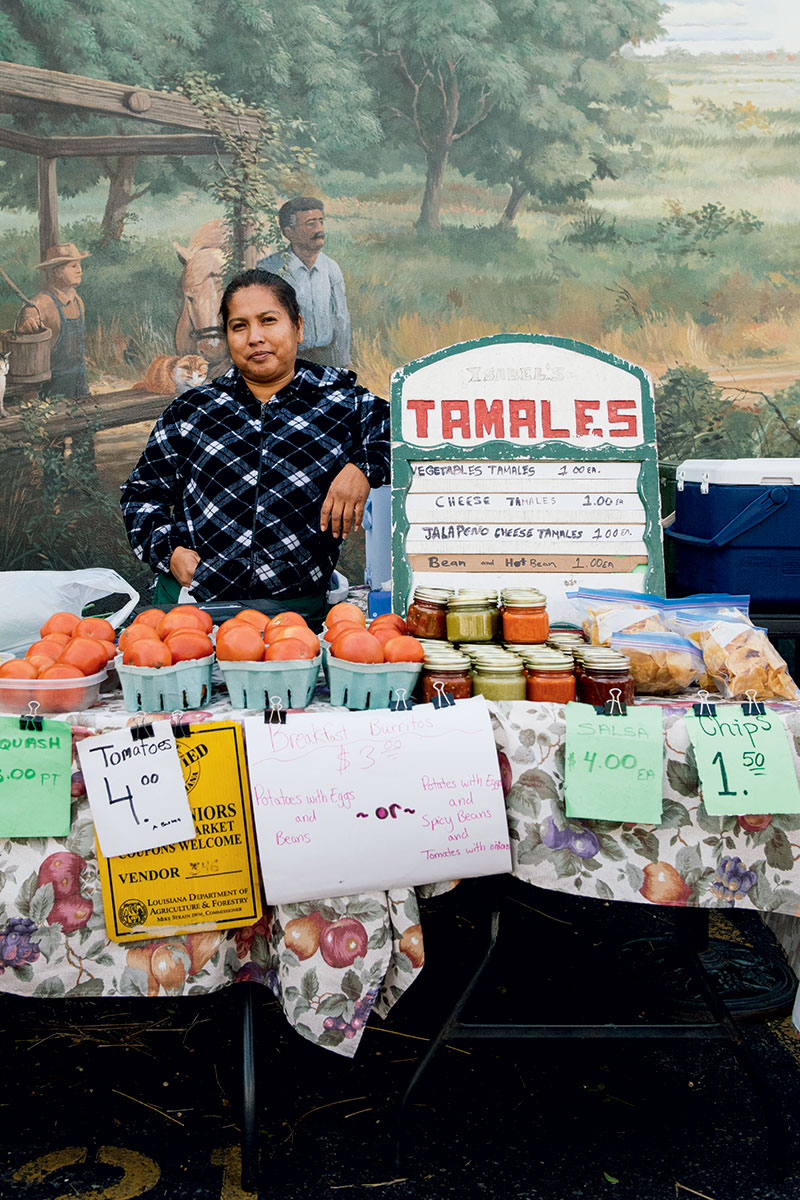 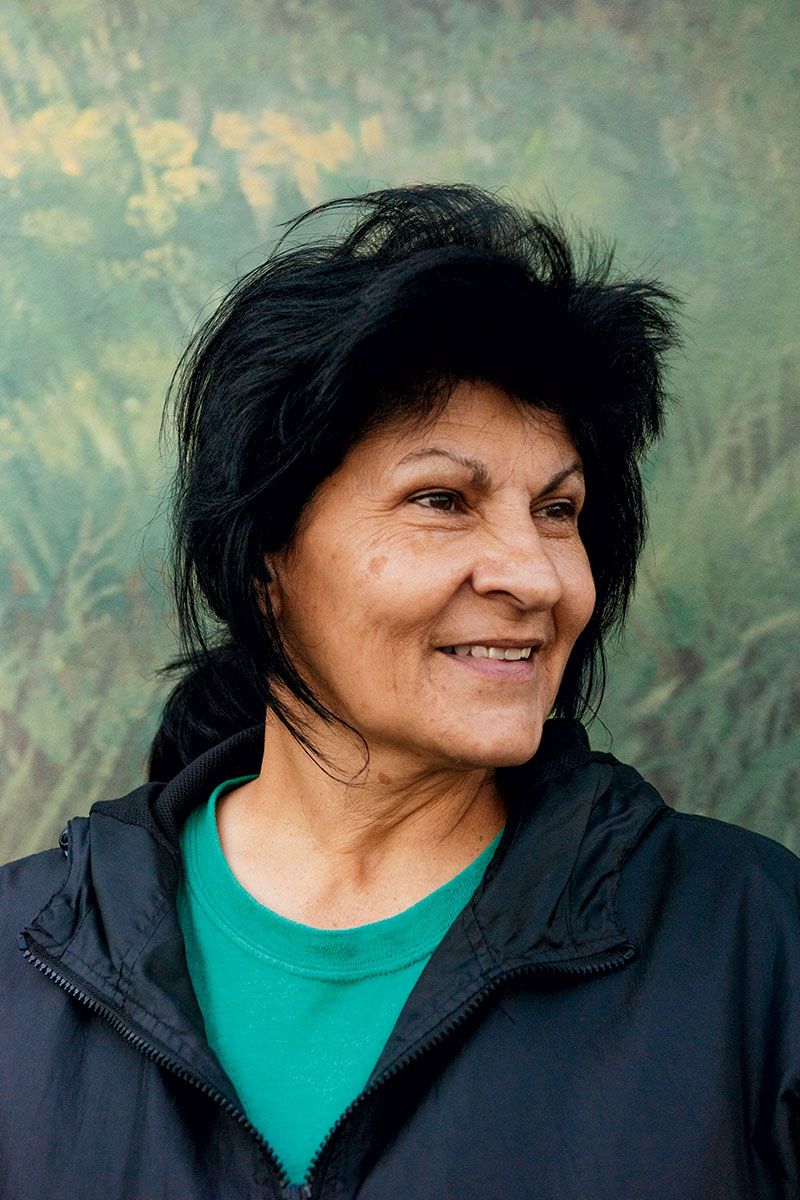 A few booths over, Christine Monica supplies the chef with crates of okra. 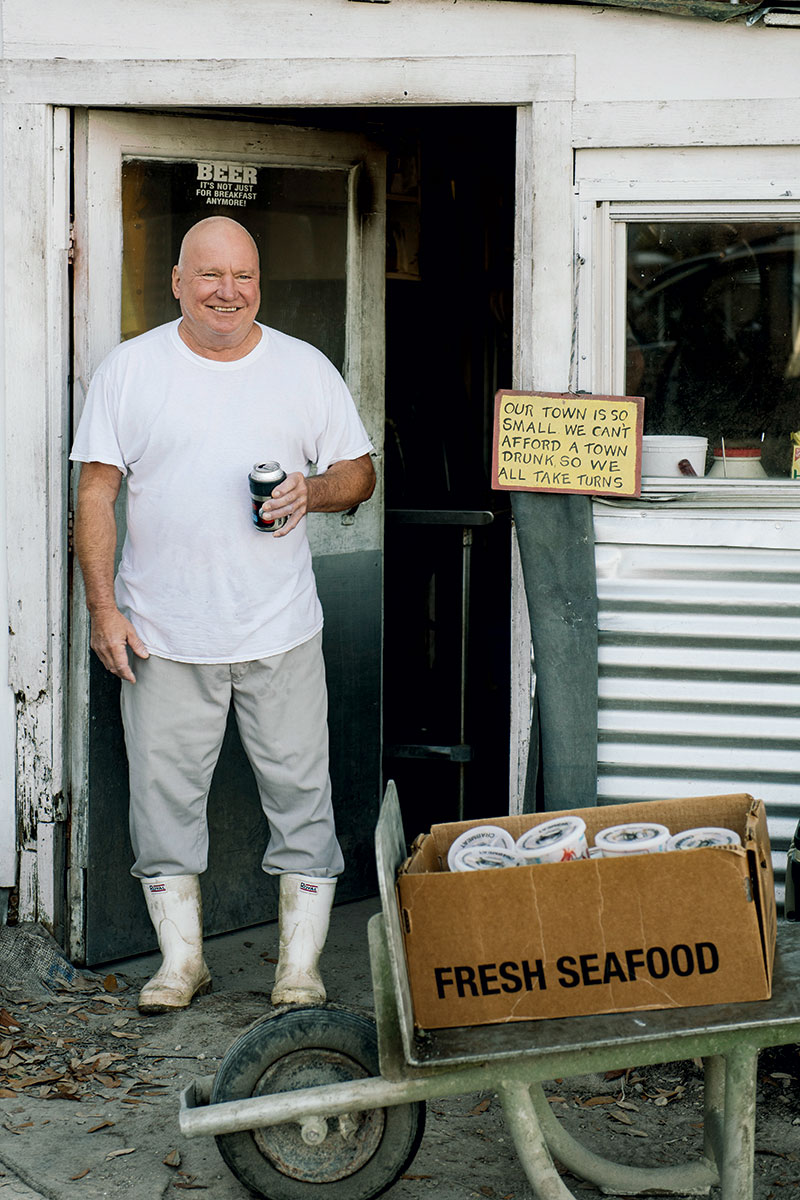 Based in Lafitte, a sleepy bayou town 27 miles south of New Orleans, Denny Higgins of Higgins Seafood sells some of the finest crabmeat around. 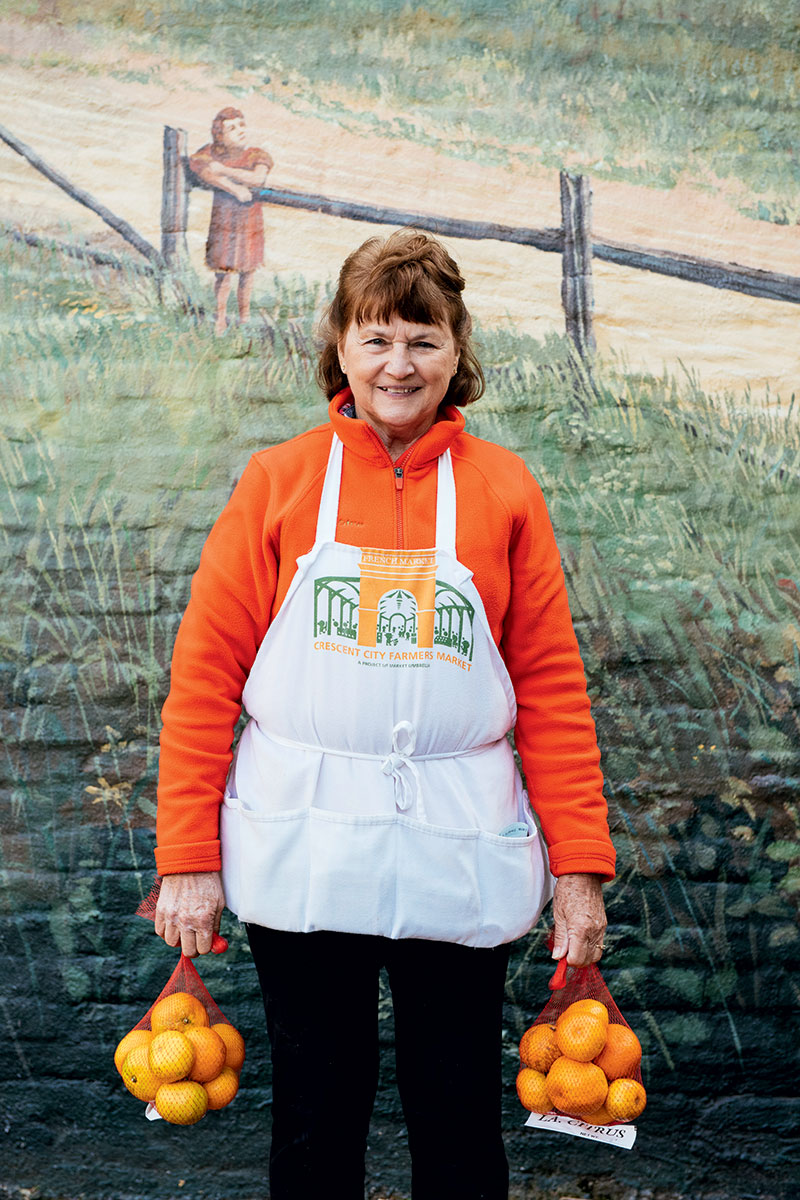 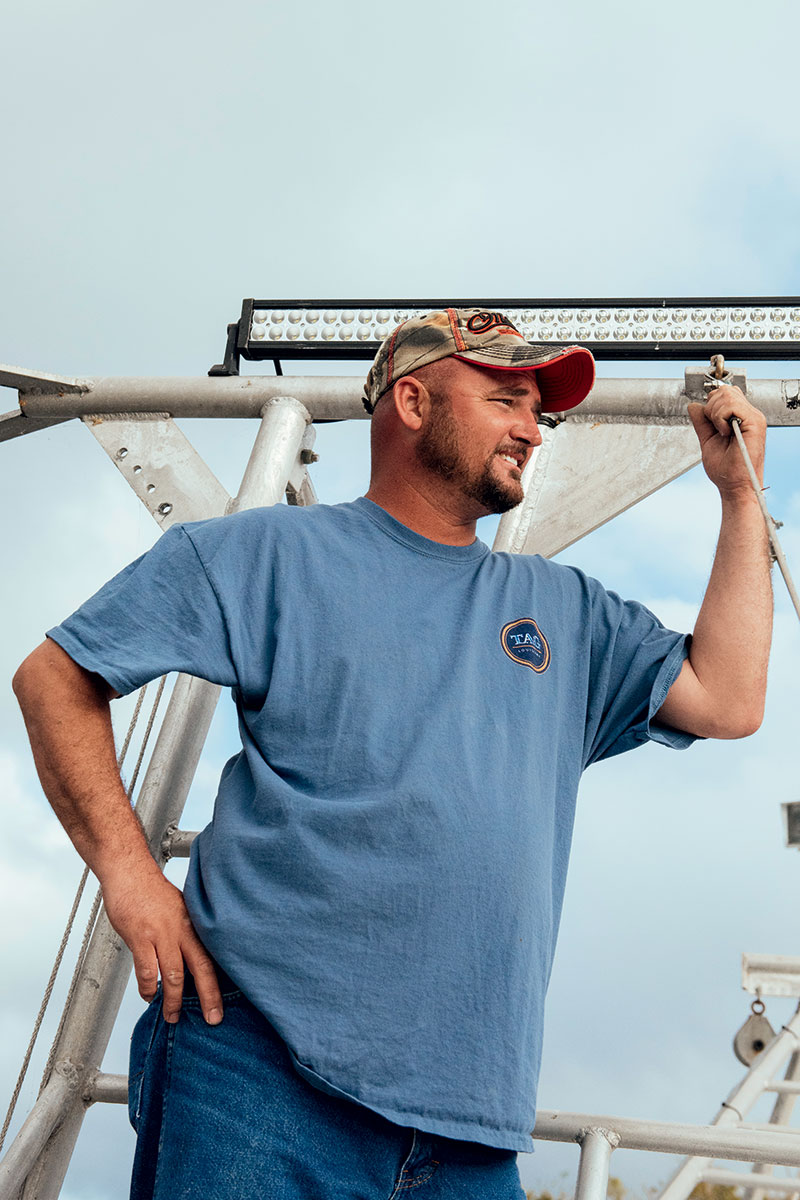 Martin buys as much shrimp as her cousin Lance Authement, who trawls part-time, can net. 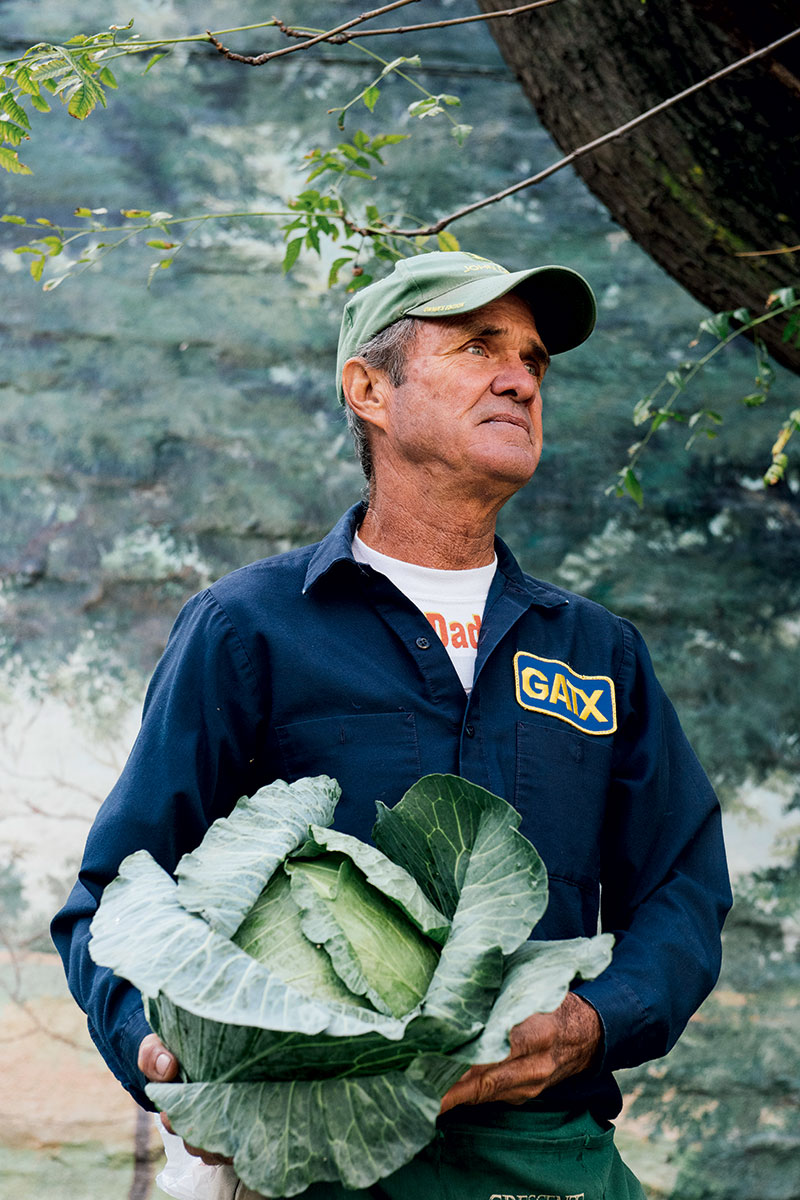 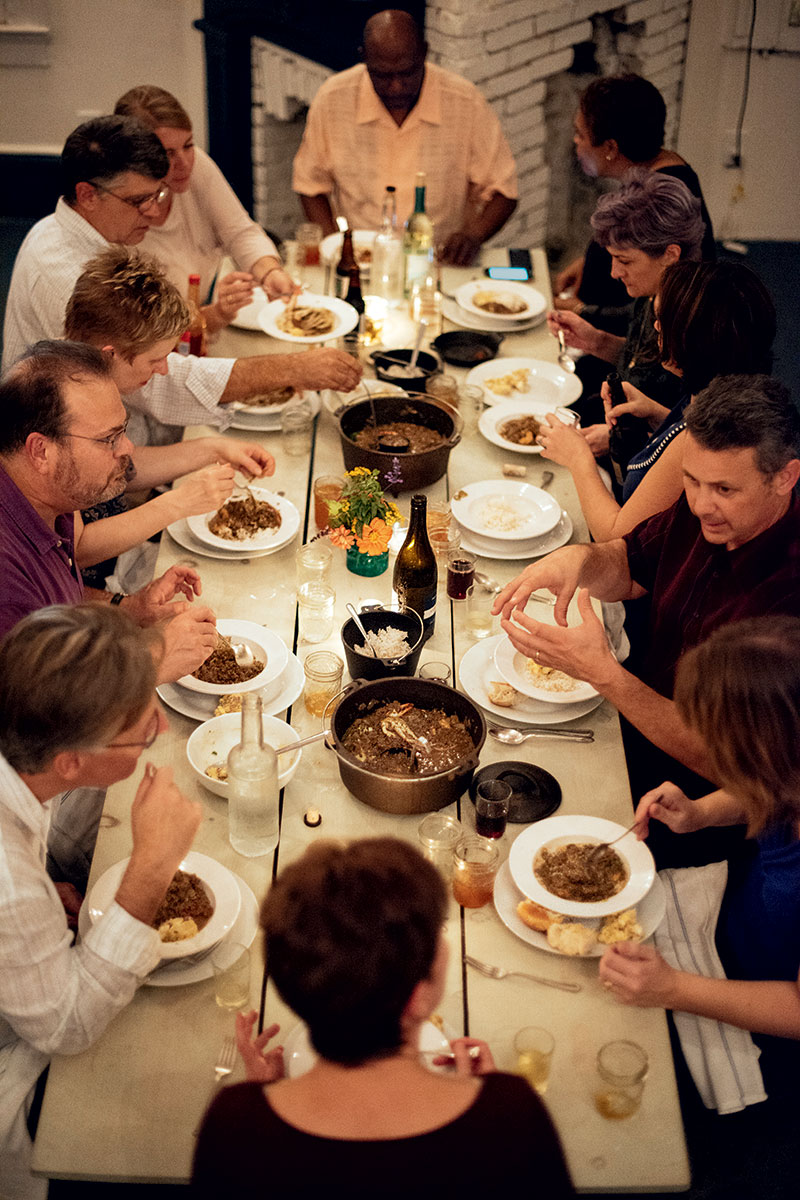 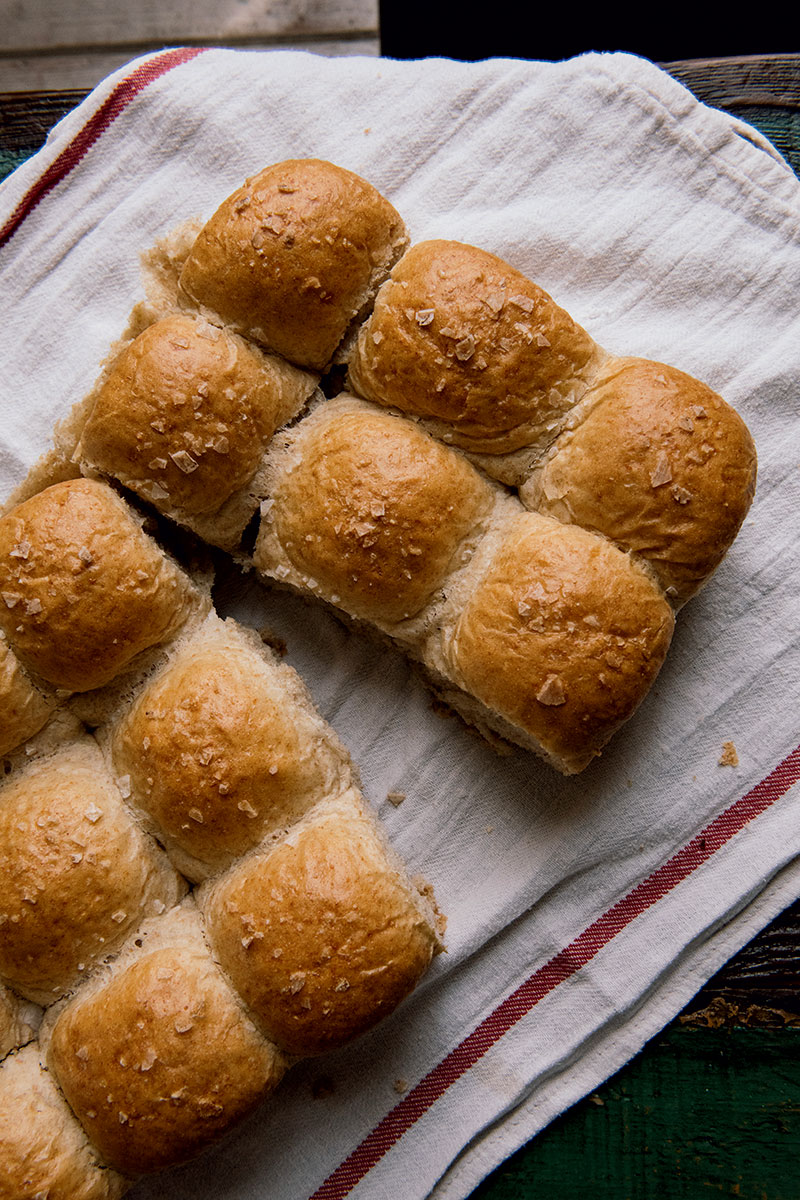 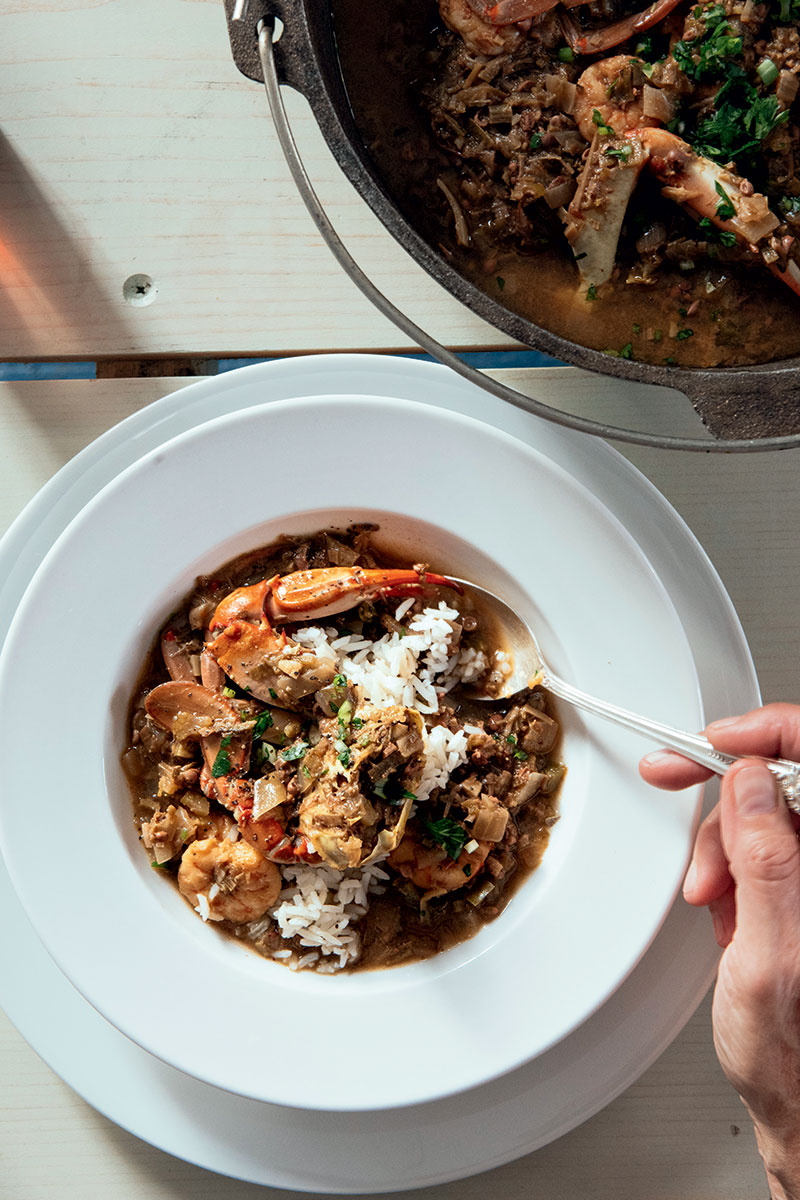 Guests help themselves to steamed rice and gumbo from cast-iron kettles. 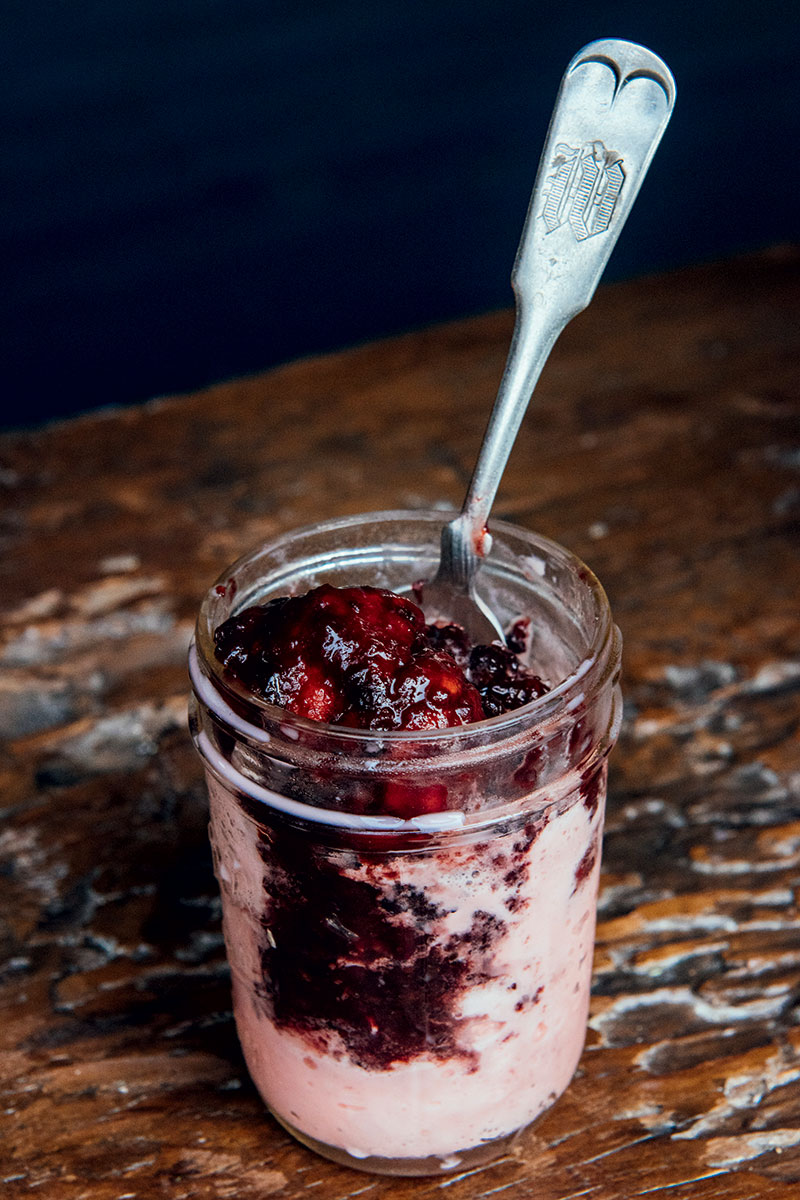 can’t wait for your recipe book!!!