Bored with Apples? Try One of These 7 Delicious Rare Cousins Instead 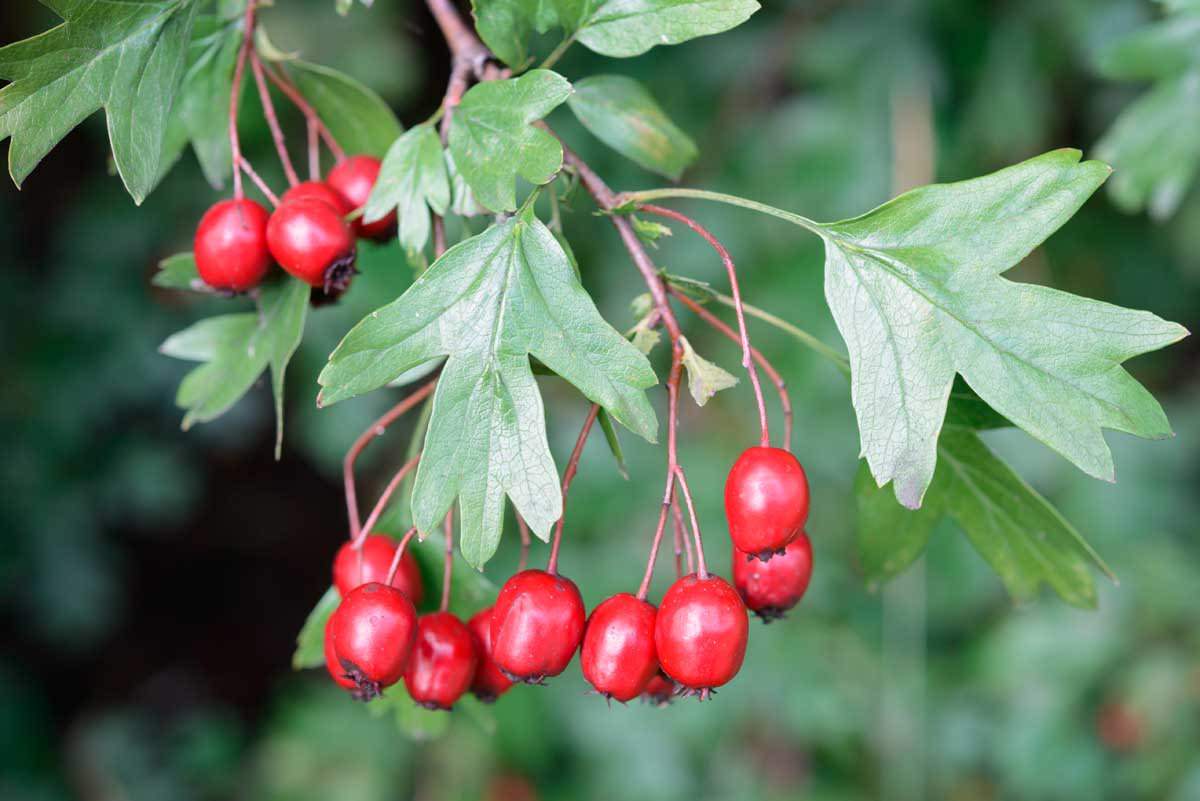 The average American consumes more than 25 pounds of apples and apple products per year, making them the second most popular fruit after oranges (by a slight margin). However, apples are only the tip of the iceberg when it comes to pomes, the botanical classification for apple-like fruits. Pomologists (scientists who study fruit) classify dozens of fruits within the apple clan, some of which are equally edible and delicious as apples – if not more so.

The only other pome to achieve celebrity -ruit status are pears, which share with apples the single most important trait for commercial success in the industrial food system: shippability. Apples and pears can be kept fresh – or at least be prevented from rotting – for months. Pick them, store them in a warehouse, ship them around the world in trucks, trains and airplanes – not much fazes them. Try that with a loquat, a citrusy pome fruit from Asia, and you’ll have nothing but rotting loquat goo after day three. Yet the flavor of fresh loquats, like a mixture of tangerines and champagne, is to die for.

There are at least six other pome fruits that have been cultivated by humans for their culinary qualities. At one time or another in history, all of them had serious clout among farmers and eaters, and each still has its niche of followers – aronia in Siberia, serviceberry in Saskatchewan, and mayhaw in Alabama, to name a few. You will be hard pressed to find these lesser known pomes on most grocery store shelves, but you can always grow your own (see sidebar for where to find them).

Quince fruit has a warty texture and irregular shape that could easily be summarized as ugly. But the flesh exudes the delicate aroma of spiced apple cider. It’s as if they are pre-flavored with cinnamon and nutmeg straight off the tree. There is only one catch: quince are inedible until cooked (hence their lack of commercial popularity). Use them in pies, preserves, breads and baked goods as an alternative to apples. Quince trees closely resemble apples trees, and share the same late summer/early fall harvest season. USDA zones 5 to 9. 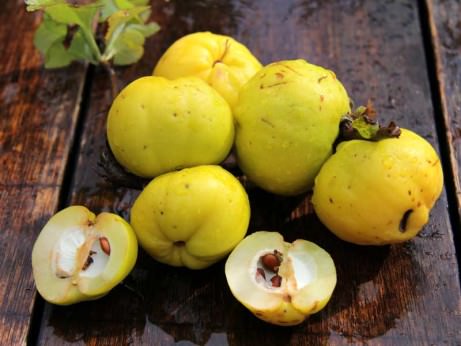 Rowan trees, also called mountain ash, produce clusters of edible berries that look like tiny apples. Long revered by Nordic and Celtic cultures for their ability to ward off evil spirits, these northern European trees resurged in popular culture as the source of wood for magic wands in the world of Harry Potter. The popular book/movie series failed to mention their culinary qualities, however. Rowan can be eaten fresh from the tree (though it is a bit insipid that way), but is more commonly made into jam or jelly – or alcohol. The fruit ripens in late fall and often hangs onto the tree well into winter. USDA zones 3 to 6. 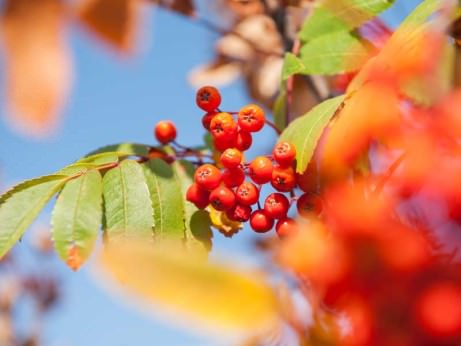 Where to Find Pome Fruits

Like quince, medlar comes with seasoning built-in: Some chefs speak of its allspice flavor, while others note the duskier caramel and wine-like flavors. It is used in meat dishes, as much as it is eaten sweet. Medlar was prized in the Victorian era, but there is one quirk that has kept it out of mass cultivation in modern times: It needs to be bletted before it can be eaten, which is a nice way of saying that it has to get a little bit rotten. Fully ripe medlars are mushy and gray, but delicious. They too resemble apple trees and ripen in fall. USDA zones 4 to 9. 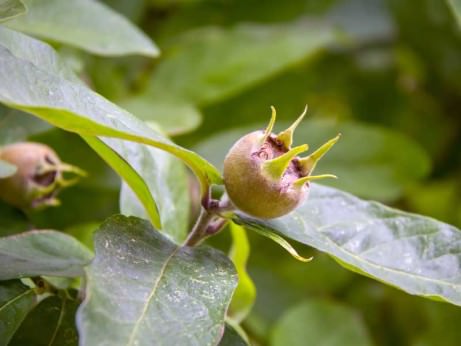 Serviceberries go by many names, including juneberries and saskatoons. They ripen in June and are a major crop in Saskatchewan (where Saskatoon is the largest city). Historically, they were harvested by aboriginal groups throughout North America, especially in northern climates where they are most abundant. Though serviceberries grow on a small tree that is closely related to apples, they look and taste much like blueberries. USDA zones 2 to 9. 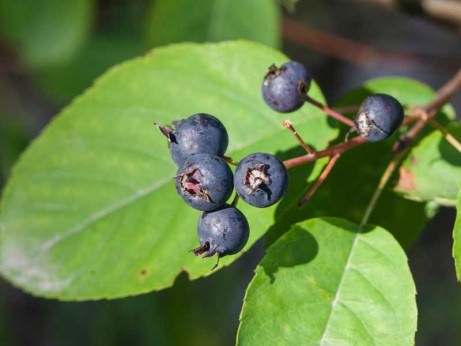 Loquats are a subtropical cousin to apples with a long history of use in Asia. The trees are evergreen with enormous leathery leaves that give a slightly Jurassic look to the garden where they are planted. The yellowish golf ball-size fruits ripen in late spring and early summer, well before most other tree fruits. Loquats have the texture of apricots and a tangy citrus-like flavor. USDA zones 8 to 11. 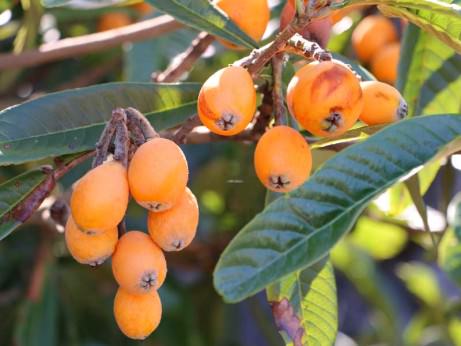 Aronia, also known as chokeberries, are native to the Midwest, but have found their culinary niche in Russia. Extremely cold hardy and slightly bitter in flavor, they’ve developed a following in Siberia where few other fruits will grow – Siberian blueberry is another alternative name. The plump black berries grow on a waist-high shrub, but that’s where their similarities with blueberries end. They ripen in fall, but they’re not very palatable until frosty weather makes them soft. Still, they are not commonly consumed fresh, but are made into jam or wine, where their bitterness becomes a virtue. USDA zones 3 to 8. 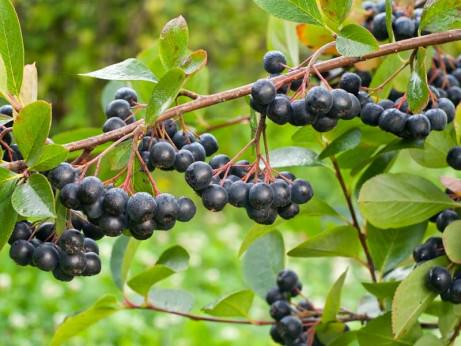 Mayhaw is best said with a southern accent. It’s a contraction between hawthorn (which is the type of tree it grows on) and May (the month in which it ripens). Mayhaw are native to the swampy parts of the Deep South, from Texas to Georgia, where they continues to have cult following. The fruit resembles a crabapple and is not recommended for eating raw, but makes a mean jelly or wine with a refreshing sweet-tart flavor, Á  la the apple. USDA zones 3 to 9. 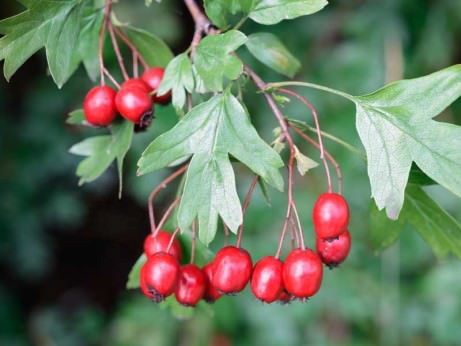 looking to identify a small tree that produces small edible apple like fruit, but only has an approximate 3/8 single seed in it hat grows in the tropics.