10 Summer Squash Varieties: Some You Know, Some You Don’t

Zephyr? Pattypan? Tinda? What are all of these squashes and what's the difference between them? 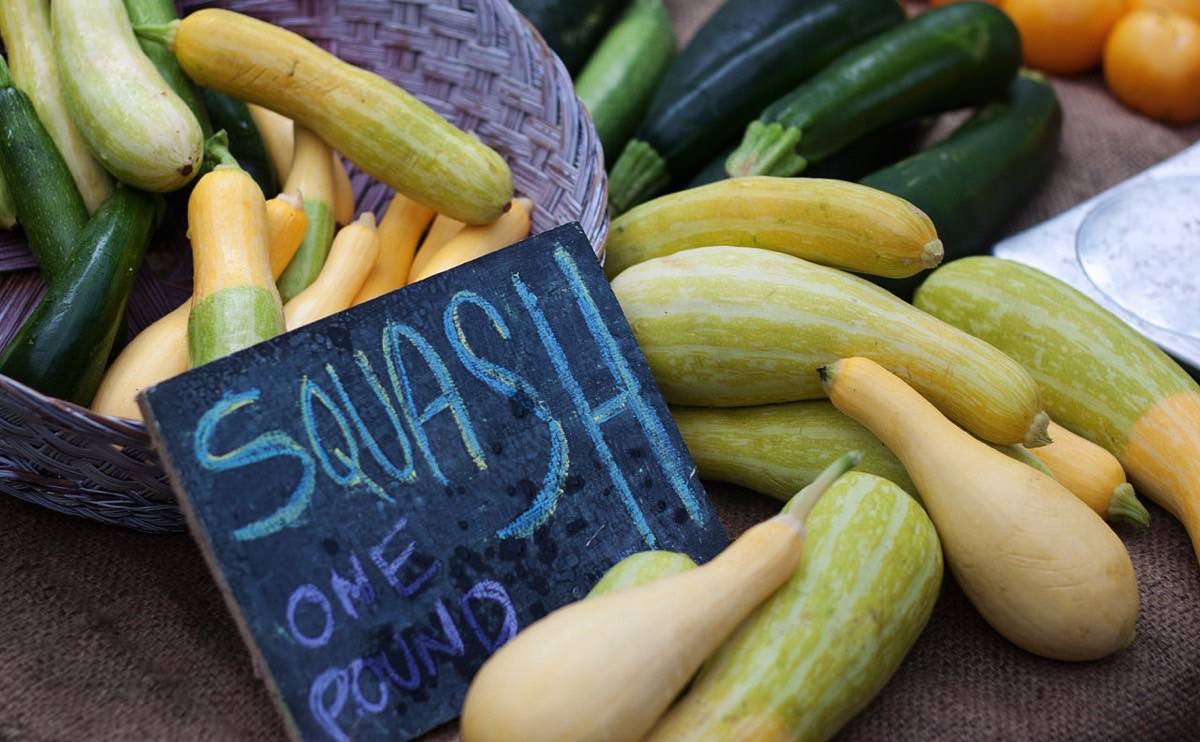 Summer squash is a peculiar vegetable. For one thing, it’s not any one vegetable, comprising many different cultivars of a few different species of edible plant. For another, it isn’t actually a vegetable. Summer squash is technically a “pepo,” a type of hard-walled berry. (Cucumbers and watermelon are both more accurately described as a pepo as well.) But as a descriptor, “summer squash” very accurate: all fall somewhere within the squash family, and – unlike the butternut squash or pumpkin – they are in season during the summer.

At farmers markets, all the available summer squash varieties are usually piled together and available for the same price. While they have many similarities, the different varieties do differ a bit in their texture, flavor, and ideal use, so it makes sense to learn a little bit about summer squash before just grabbing the zucchini. Here are 10 common and uncommon varieties. 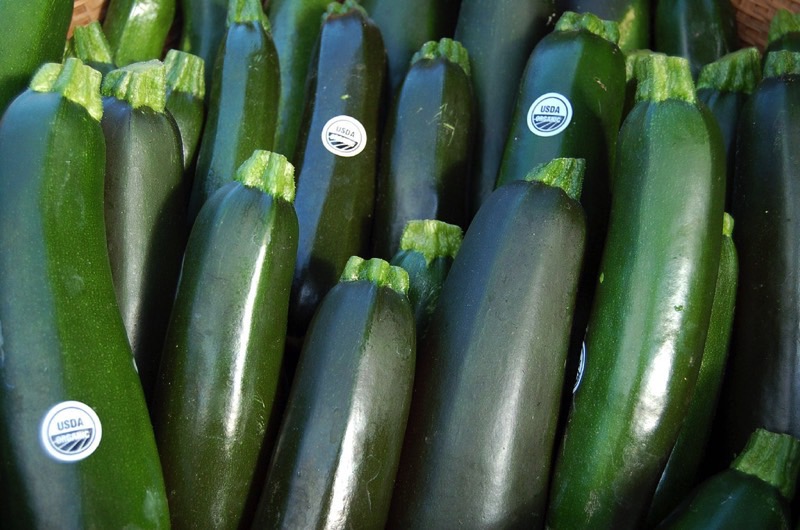 You’ll find these in green, mostly, but also yellow and, occasionally, in dark green with pale green stripes. Long, with flattened sides, zucchini is a good average summer squash. Its flavor is of average sweetness and power. Its skin is of average toughness. Its flesh is neither very firm nor very tender. The one thing to note about zucchini is that it grows absurdly big, like baseball-bat sized, and you might be tempted to get the biggest ones. Don’t. Summer squash in general tends to get a bit watery and bland as it gets bigger. Get the smallest, firmest ones you can find. 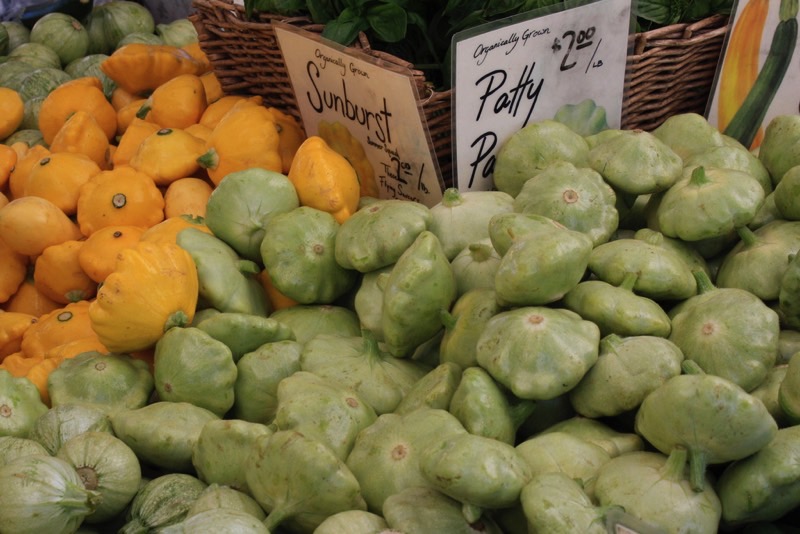 Sometimes called “UFO squash,” pattypan squash includes any of several related colors and sizes of what’s called a scalloped squash. It’s shaped roughly like a flying saucer, with scalloped sides. Pattypan squash is tougher than most varieties of summer squash, which is good; it’ll hold up to longer cooking and higher temperatures than, say, zucchini. It’s great in stews and chilis. You can find pattypan squash most commonly in yellow or light green colors, which taste pretty much the same. 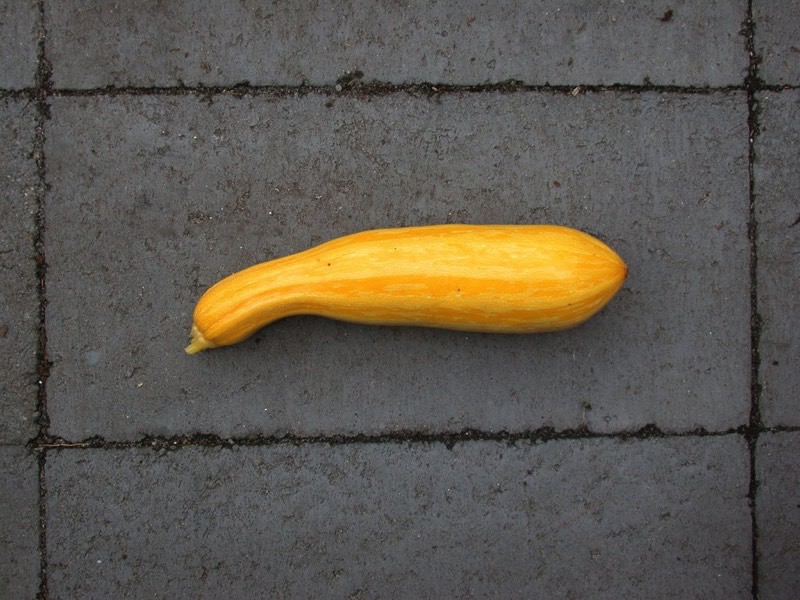 Crookneck squash is bulbous at the bottom and thin and curved at the top. It’s usually yellow, but that doesn’t mean all crooknecks look the same. Some are smooth like zucchini, but often you’ll find warty, bumpy varieties. Crookneck falls on the tougher side of the summer squash spectrum and is also pretty bland. 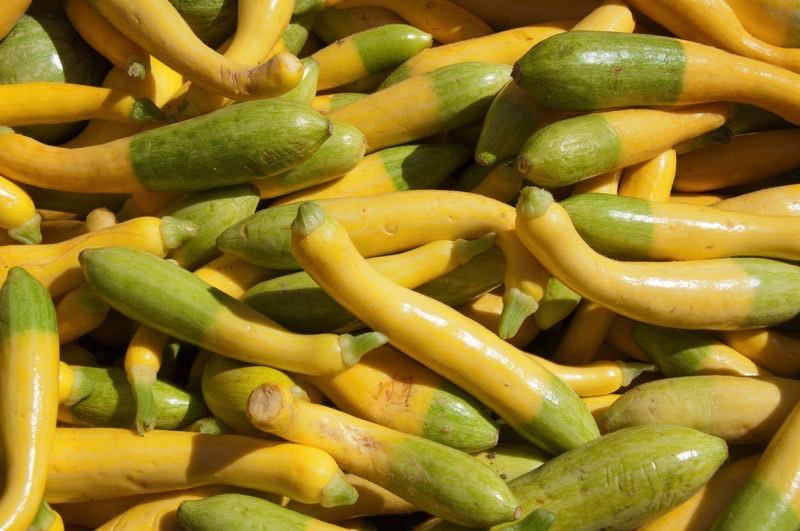 This type of summer squash is easily recognizable for its two-tone coloration: light green on the bottom and yellow on top. It’s about as tough as pattypan squash, which makes it good for longer cooking, but its regular shape makes it a bit easier to cut up. 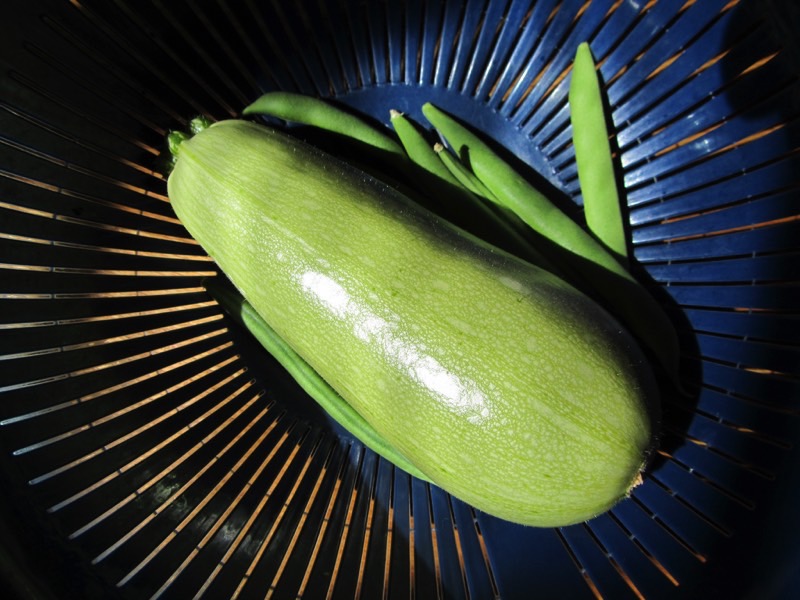 Pale, speckled green, a little more bulbous than zucchini but with the same basic shape, cousa is an excellent squash most often found in Middle Eastern cuisines. It’s a bit more tender and sweeter than zucchini and has a very thin skin. 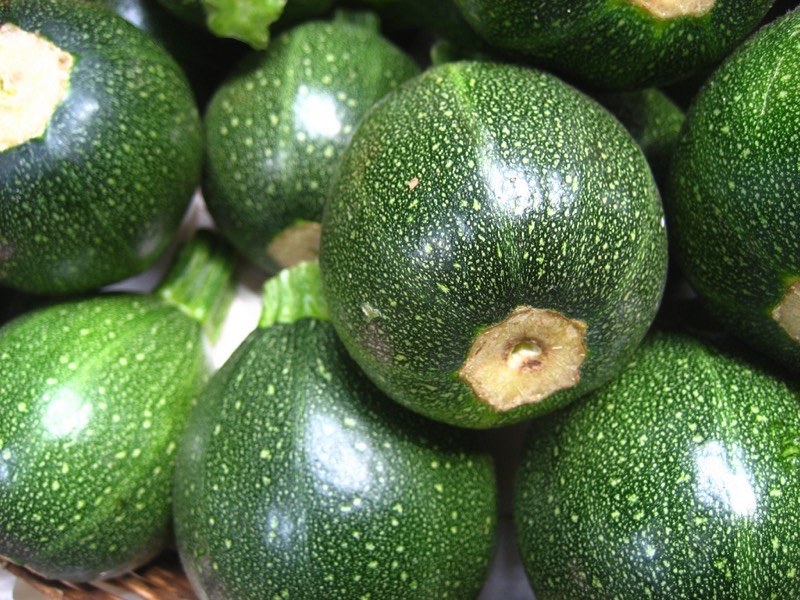 These spherical summer squashes, available in dark green, light green, and yellow, are very very similar to zucchini, aside from their grapefruit-like shape. The main reason to opt for these over other squash is for stuffing: lop off the top and use a spoon to dig out the insides and you’ll have, basically, a healthy bread bowl for soup. 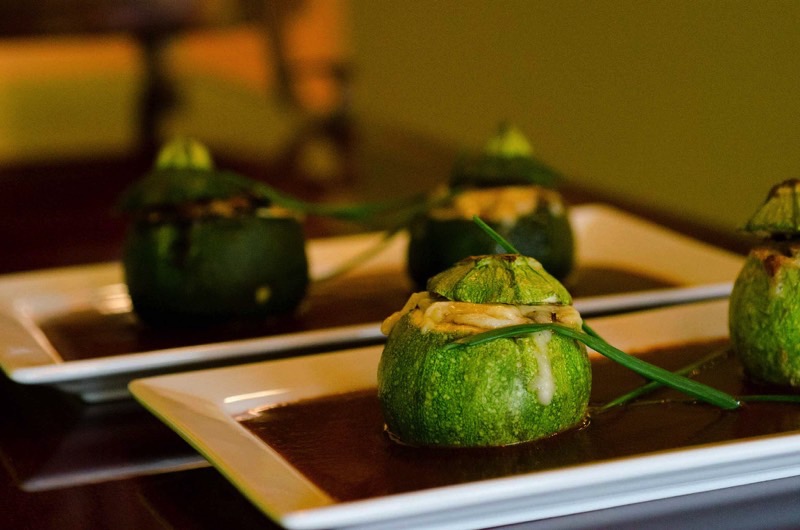 The tatuma is a Mexican variety. Sometimes the word “calabacita” – which just means small squash – refers to this specific type. It can be either spherical or shaped roughly like the cousa squash, and typically either light or dark green. The way to tell this one apart is that it has many very tiny seeds and a very thin skin. 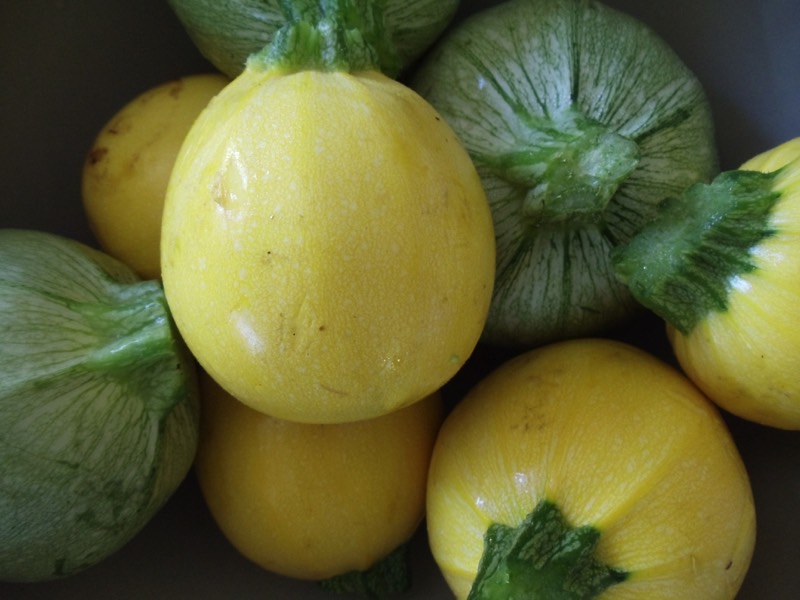 Typically spherical and a speckled light green, the gourmet globe is a French heirloom squash. It’s sweeter than the round zucchini, but usually more expensive, too. 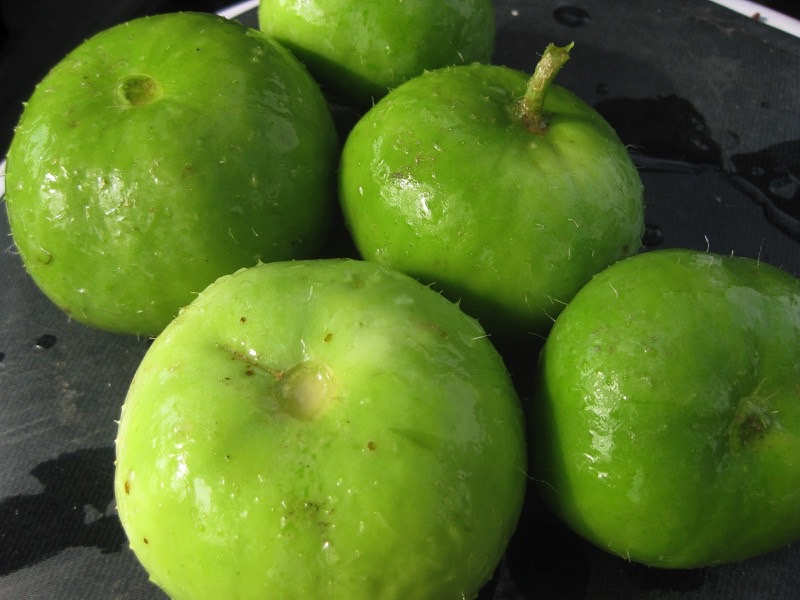 via Tree and Twig Farm

This is a weird one: pale green, perfectly smooth, and shaped like a large beefsteak tomato. The tinda squash is not closely related to the zucchini or any other squash, but is the immature fruit of a related squash family plant. It’s white and creamy on the inside, a mild but really delicious variety that you should try if you get a chance. 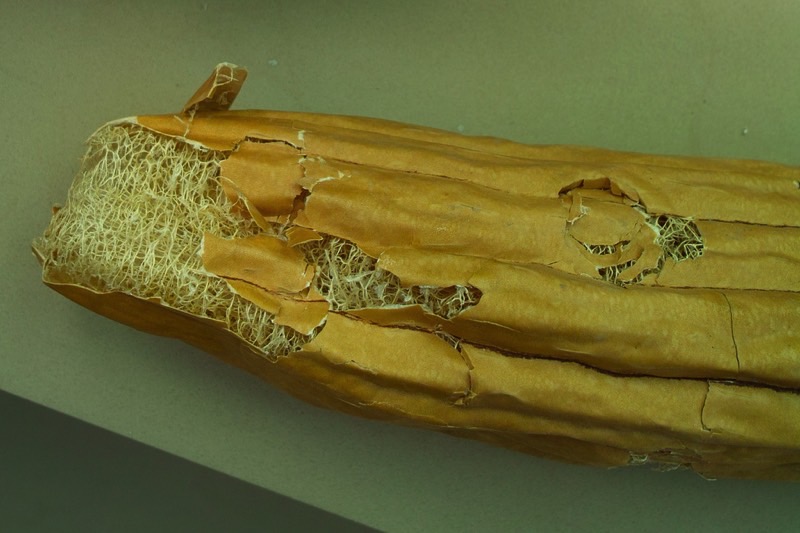 The luffa squash (sometimes called the luffa gourd) is a bizarre variety that, if allowed to fully mature, will turn into a loofah. Seriously. It dries out, the skin is cracked away, and the inside is revealed as a latticed, scratchy object that’s well-suited for scrubbing. When young, though, the luffa squash is a ridged squash that tastes pretty similar to a zucchini.

You are missing two of my favorites: delicata and patty pan.

Thank you so much, I have been trying to identify the patty pan for years! Never see it at the grocery but my friends brother is a chef and he grows it. So delicious!

Need help identifying the type of squash I planted

What is this please? 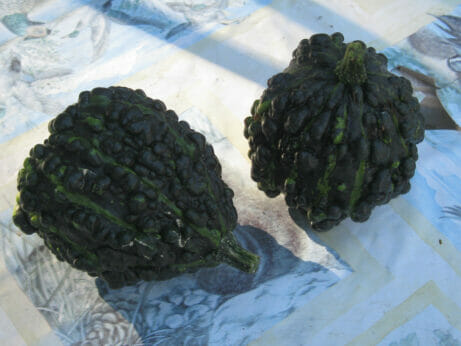 […] East and the Mediterranean. You can use regular squash for this recipe as well. Read more about different types of summer squash on the Modern […]