And do we want it to? 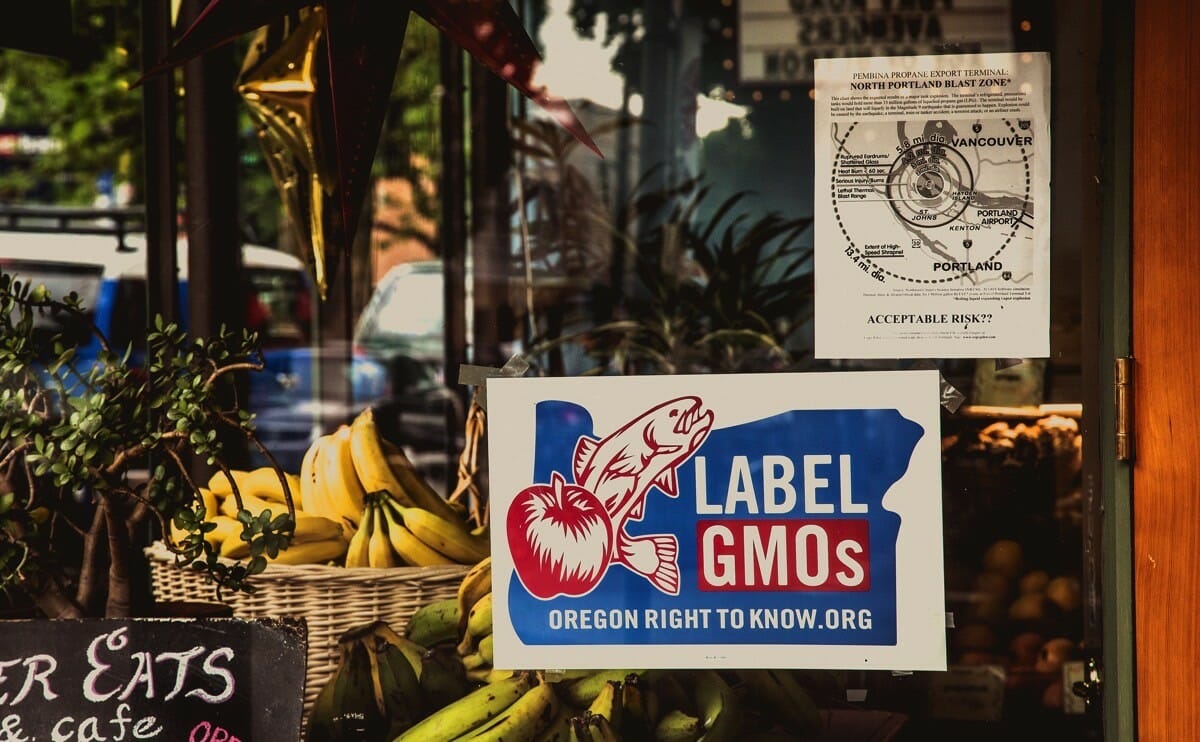 It’s a fight that’s being fought across the country, with grassroots organizations demanding that GMO food be labeled and politicians just as quickly stamping out their efforts. The actual effect of a label is of great concern to farmers who grow GMO food, retailers who sell it and politicians who represent agricultural districts. The worry: How will people react to seeing a USDA “Contains Genetically Modified Produce” on their can of corn?

Though the USDA (and many other studies) says GMO products are perfectly safe, and no study has found appreciable differences in nutritional makeup between GMO and non-GMO products, there are still plenty of reasons opponents are against genetic modification in certain forms. Crops that have been modified to resist pesticides could create even tougher pests. Huge fields of identical plants, when not carefully rotated, can drain the soil of nutrients, requiring copious amounts of environmentally questionable fertilizer.

In other words, there are reasons to be wary of GMOs, and reasons to want a GMO label. It seems almost obvious: Why not have a label? What could be the harm? But there are plenty opposed to labeling, both in and outside the worlds of agriculture and science. As the editors of Scientific American put it in an editorial: “Instead of providing people with useful information, mandatory GMO labels would only intensify the misconception that so-called Frankenfoods endanger people’s health.”

Jane Kolodinsky, chair of the Community Development and Applied Economics Department of the University of Vermont, says, “The intellectual curiosity for me was, well, where’s the evidence for this?”

A new study, led by Kolodinsky and presented on July 27 at the Agricultural and Applied Economics Association annual conference, tries to fill in some of the hypothetical blanks to figure out exactly how people will react to GMO labels. The study asked Vermonters various questions to figure out their level of opposition to GMOs, as well as their level of desire to see GMO labeling. By comparing the relationship between these two data points, the study attempts to draw a conclusion about whether people react to GMO labeling as warnings.

“The intellectual curiosity for me was, well, where’s the evidence for this?”

I called Kolodinsky to ask about the study; I was confused about how you can draw any conclusion about how people will react to hypothetical future labels from merely measuring the desire for labels. “In the absence of a label, you do it theoretically,” she says. “But it has data.” What she found is pretty surprising: There was absolutely no relationship between the desire for a GMO label and opposition to a label. Says the study’s release: “Results showed no evidence that attitudes toward GMOs are strengthened in either a positive or negative way due to a desire for labels that indicate the product contains GM ingredients.”

In other words, merely seeing a GMO label won’t change your mind about GMOs; if you’re already anti-GMO, you won’t have a change of heart thanks to government approval, and if you’re already pro-GMO, a label won’t scare you off. In other other words, GMO labels won’t serve as warnings. But given that about 60 percent of Vermonters identified as anti-GMO, if you let everyone know that your product contains GMO material, you could lose some customers.

Kolodinsky thinks that labels will probably only serve as informational, the same way a label like “sugar-free” works. If you don’t want to buy a GMO, a label will help you avoid that product. If you do want to buy GMO products – and this is generally not mentioned, but genetic modification is also used to make foods healthier – a label will let you know that this is the one to buy. And if you don’t care (those who don’t care or don’t know were considered “not opposed” to GMOs in Kolodinsky’s survey), you can ignore it.

These are all hypotheticals. This isn’t an examination of how people react to labels, because there are no labels. But some studies have been done that crafted artificial labels and had people look at them. Kolodinsky suggests combining the conclusions of the two studies. “When you take the Costanigro and Lusk findings, in 2014, that said in the lab setting they found no evidence that a label would signal warning, and you put it along with my generalizable survey data that basically finds the same thing, even though it’s still theoretical, you can kind of triangulate it,” she says.

The debate over GMO labeling is a messy one, tied in with huge amounts of money, various industries, theological and food safety and environmental activism, all of which is using science as a weapon to make its point. Pick a side and you can find a scientific study “proving” it. Which isn’t to say this is a bad study; it’s a careful piece of work that adds to our understanding of GMO labeling. But it’s only one piece of a very big, very chaotic puzzle.