“The widespread introduction of genetically engineered organisms into our food supply (with very little independent review) probably represents the biggest change in what we eat on a daily basis since the invention of refrigeration,” says Andrea Stander, a spokesperson for Rural Vermont, a grassroots organization that supports small farmers. The right for the public to […] 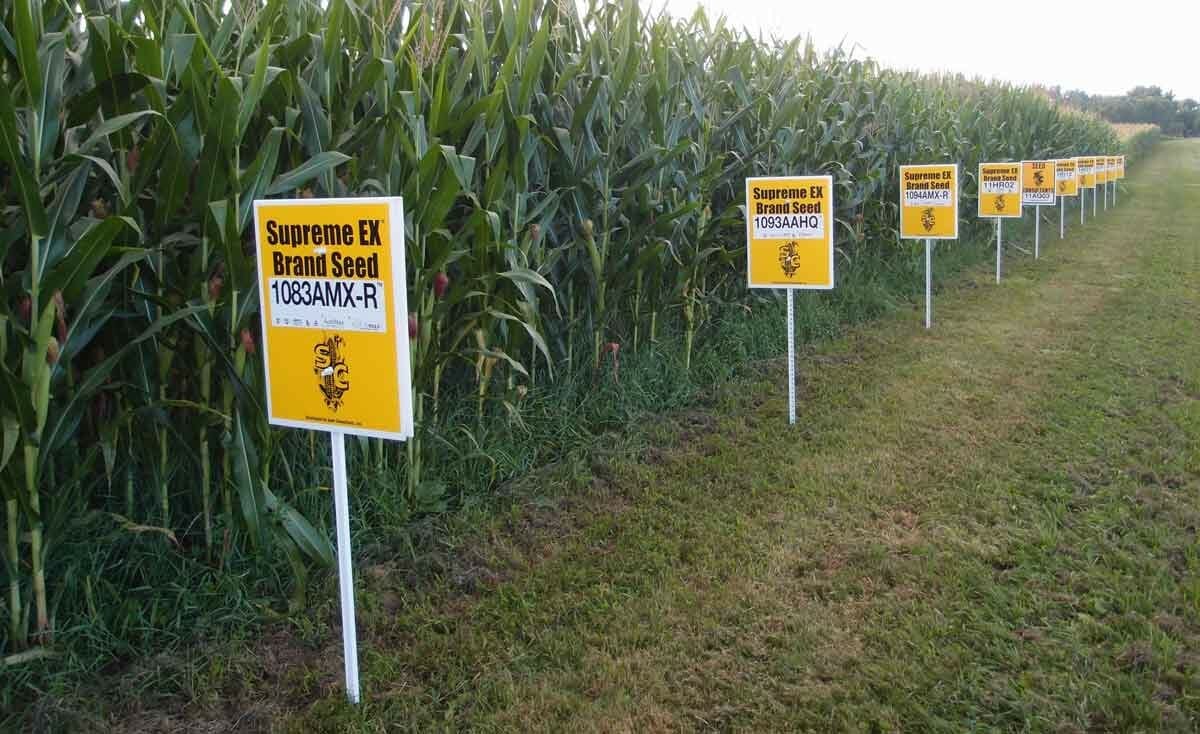 “The widespread introduction of genetically engineered organisms into our food supply (with very little independent review) probably represents the biggest change in what we eat on a daily basis since the invention of refrigeration,” says Andrea Stander, a spokesperson for Rural Vermont, a grassroots organization that supports small farmers.

The right for the public to know whether their food has been made with GMOs is at the heart of the current fight. It’s been estimated that as much as 70 percent of the food Americans get at their local supermarket includes genetically engineered ingredients.

It’s a divisive issue that has managed to encompass such diverse topics as states’ rights, corporate transparency, political finance and small farmers versus Big Ag. It’s a bitter divide. Opponents of the House bill won’t even refer to it as the Safe and Accurate Food Labeling Act of 2015, instead dubbing it the DARK Act (Deny Americans the Right-to-Know).

Americans “overwhelmingly” want to know if their food contains GMOs with “most polls” showing “that more than 90 percent of the public favors labeling,” says Colin O’Neil, director of government affairs for the watchdog organization the Center for Food Safety.

Tired of waiting for the federal government to act on the GMO labeling issue, Connecticut, Maine and Vermont all passed mandatory GMO labeling laws over the last few years. Similar initiatives are being considered in several other states. Industry groups, including the Grocery Manufacturers Association, the National Association of Manufacturers, the Snack Food Association and the International Dairy Foods Association, sued Vermont over its law – set to take effect next year – and lost. The case is currently on appeal.

The fight then moved to the House, and on July 23, H.R. 1599 won by a vote of 275-150 with Democrats from the centrist Blue Dog Coalition throwing their support behind Republicans.

“Passage of this bill is an attempt by Monsanto and its agribusiness cronies to crush the democratic decision-making of tens of millions of Americans. Corporate influence has won and the voice of the people has been ignored,” says O’Neil.

Supporters of the bill outspent opponents by more than three-and-a-half times, contributing nearly $25 million to House members’ campaigns, according to the organization Maplight.

Besides banning mandatory GMO labeling at the state and local level, the bill allows manufacturers to claim non-GMO status even if the product was made using “a GMO processing aid or enzyme” or is “derived from animals fed GMO feed or given GMO drugs.” It also keeps companies from claiming on their food labels that non-GMO products are safer than those that contain genetically-modified ingredients, and would create a voluntary system for GMO labeling.

Roger Lowe of the Grocery Manufacturers Association, a trade group for the food industry, praised the bill’s passage, saying that the “legislation strengthens consumer knowledge by establishing national uniform rules for foods carrying a GMO-free label” by putting it in the hands of the FDA and USDA.

“That way, people who want to buy GMO-free foods will have a way to do so,” he tells Modern Farmer in an email, reasoning that consumers will have the option to buy from companies who want to advertise their products are GMO-free. “This would help consumers far more than what is happening now with individual states establishing a patchwork of labeling laws with different standards, definitions and labels.”

According to Lowe, the state laws are “filled with loopholes and exemptions.” He cited Vermont’s law as an example, where “vegetable soup would require a special label while vegetable beef soup would be exempt because meat isn’t covered under the law. That will only result in consumer confusion.” The laws, Lowe says, would “result in severe consequences for America’s farmers, small businesses, and consumers” by driving up costs that “could total up to $500 per year for an average family of four” due to “costly new burdens” and a “complex maze of regulations.”

O’Neill disputes this, saying food companies change their labels “all the time” and the cost would be “negligible. Sixty-four countries around the world require GE [genetically engineered] food labeling and have not reported higher food costs as a result.”

Lowe says the “overwhelming scientific consensus is that GMO ingredients are as safe as any other food” and points to “The Food and Drug Administration and major scientific and health organizations” that have “found GMOs are safe for humans and positive for the environment.”

Stander begs to differ, telling Modern Farmer, “there is sufficient scientific evidence about potential harm to human health and the environment from genetically engineered food crops to warrant greater transparency by the producers of these products.”

While the passage of the House bill was hailed as a victory by supporters, the battle is far from over. A bill would have to make it through the Senate and then past President Barack Obama’s desk before it becomes law. Both sides hold out hope for how things will play out in the Senate.

“We remain confident that the Senate will preserve the rights of Americans and stand up for local democracy,” says O’Neil. “So far there has been little interest in the Senate to support this kind of legislation. With only a limited number of Democratic voting for it in the house, this anti-consumer bill will likely receive a cold reception in the Senate. A Senate version of the bill has not yet been introduced.”

Lowe says the GMA is “urging the Senate to pass this critically important legislation this year. Congress leaves for its August recess soon, and we’re pushing for Senate action in the fall.”