How to Make Compost Tea

It's warm, frothy and chocolate brown. You wouldn't want to drink it, but for your plants, it's a special treat. 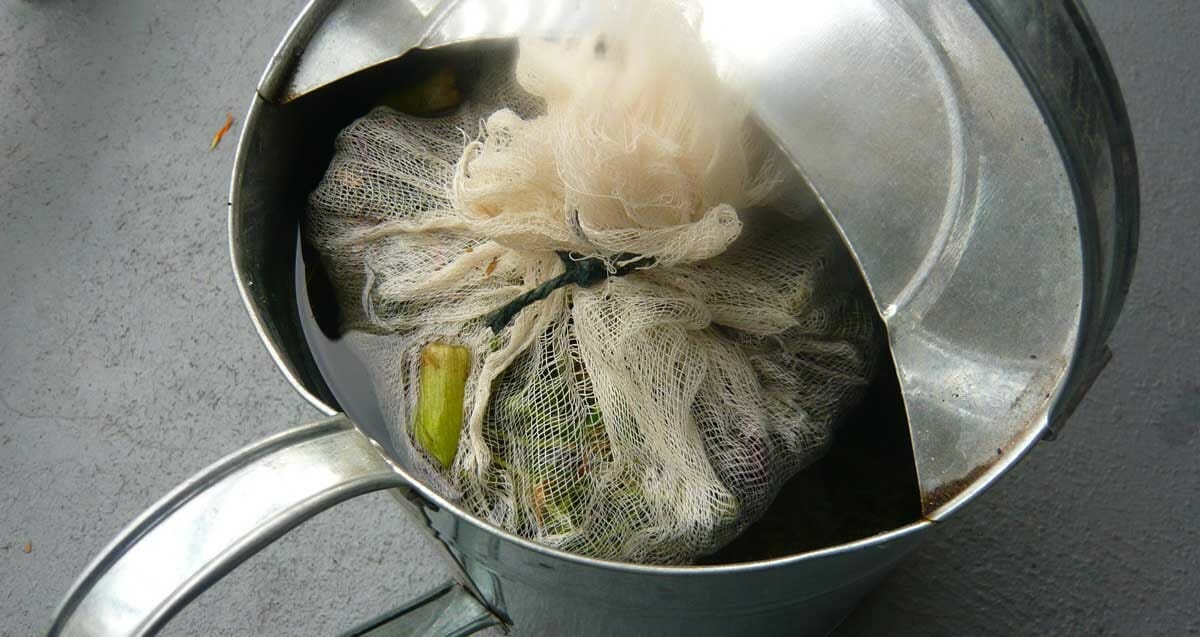 Compost tea is simply compost in a liquid form. Just like a fine oolong, you take a pinch – or in this case a shovelful – and steep it in water. The nutrients leach out and you shower your plants with them. The roots drink them up and even the leaves can absorb them through their stomata, the tiny pores in leaf tissue.

But the real excitement around compost tea has less to do with nutrients (which occur in very low concentrations in the liquid) and everything to do with the microorganisms it contains, especially beneficial bacteria and fungi. It’s a bit like the concept behind the probiotics you would take for intestinal health, but applied to plants. By coating the roots or leaves of a plant with beneficial bacteria, the theory is that the bad guys – diseases like root rot or powdery mildew – can’t gain a foothold.

Enthusiasts say it is the secret to organic gardening success and can even wipe out serious diseases that have already gained a foothold. Skeptics say the claims about compost tea are based on anecdotal evidence and that scientific studies fail to show such positive results. For the final verdict, you’ll have to try it for yourself and see.

How to Brew Your Own

Brewing up a batch of compost tea is a fun weekend project that can only do good in the garden, even if it’s not a miracle cure. According to the experts, the key is to create an aerobic environment that will cause the best types of microbes to multiply in your tea (it’s also less stinky). The easiest way to oxygenate the brew is with a basic aquarium aerator (the type that connects to air stones with poly tubing) that can be found at any pet supply store.

Step 1: Place three or four air stones in the bottom of a five-gallon bucket and connect the tubing to the aerator. You may need to pick up a splitter valve (also called a gang valve) along with the aerator that allows several stones to run off of one device.

Step 2: Fill a five-gallon bucket one-third of the way with finished compost. Use the best quality compost possible – there should be no identifiable chunks of kitchen scraps, manure or other organic waste in it, just the crumbly brown stuff. The bottom of a compost pile is often the best place to find fully ‘finished’ compost.

Step 3: Add water to the bucket to within 2 or 3 inches of the top. It’s important not to use chlorinated municipal water, as the chlorine will kill the microbes. Rain water or well water are good options, but you can also dechlorinate city water by leaving it out in the sun for 24 hours. If you run the air stones in the water with the aerator, the chlorine will dissipate within an hour.

Step 4: Run the aerator in the compost slurry for two to three days, stirring the mix occasionally with a stick to encourage the substances in the compost to leach into the water.

Step 5: Filter the solids from the tea before using. If you’re applying the compost tea only on the ground, a filter with large holes is sufficient (a burlap bag will do). If you want to spray it on the leaves (if, for instance, you want to treat or prevent foliar diseases), you’ll need a finer filter, such as panty hose or an old pillow case. Simply hold the filter over another five gallon bucket and pour the mixture through it.

Step 6: Dilute the tea before applying at a ratio of one part tea to five or 10 parts dechlorinated water.

Step 7: Apply within several hours of turning off the aerator to prevent the mixture from becoming anaerobic and losing its potency. A spray bottle is sufficient for applying the tea to individual plants, but you’ll need a backpack sprayer (sold in garden centers for applying pesticides) if you’re going to apply it to the entire garden.

Popular
Is Agroforestry the Key to Hardier Row Crops?Shea Swenson
7 Smokable Plants You Can Grow That Aren’t MarijuanaBrian Barth
Goat Sex: Everything You Wanted to Know But Were Afraid to AskAndrew Amelinckx
Why Don’t We Eat Turkey Eggs?Dan Nosowitz
6 Differences Between Llamas and AlpacasAndrew Amelinckx
Explore Modern Farmer
Related
Environment, Food Waste, Labor, Meat
Is There Such Thing as Good Meat?Emily Baron Cadloff
Environment, Plants
Is Agroforestry the Key to Hardier Row Crops?Shea Swenson
Environment, Food & Drink
Where Has All the Mustard Gone?Chloe Faure
Animals, Environment, Health
To Stop New Viruses Infecting Humans, We Must Protect Bat HabitatAlison Peel, Peggy Eby, Raina Plowright
wpDiscuz
We use cookies on our website to give you the most relevant experience by remembering your preferences and repeat visits. By clicking “Accept”, you consent to the use of ALL the cookies.
Cookie settings ACCEPT
Privacy & Cookies Policy