French sheep herders are tired of being fleeced by the government. 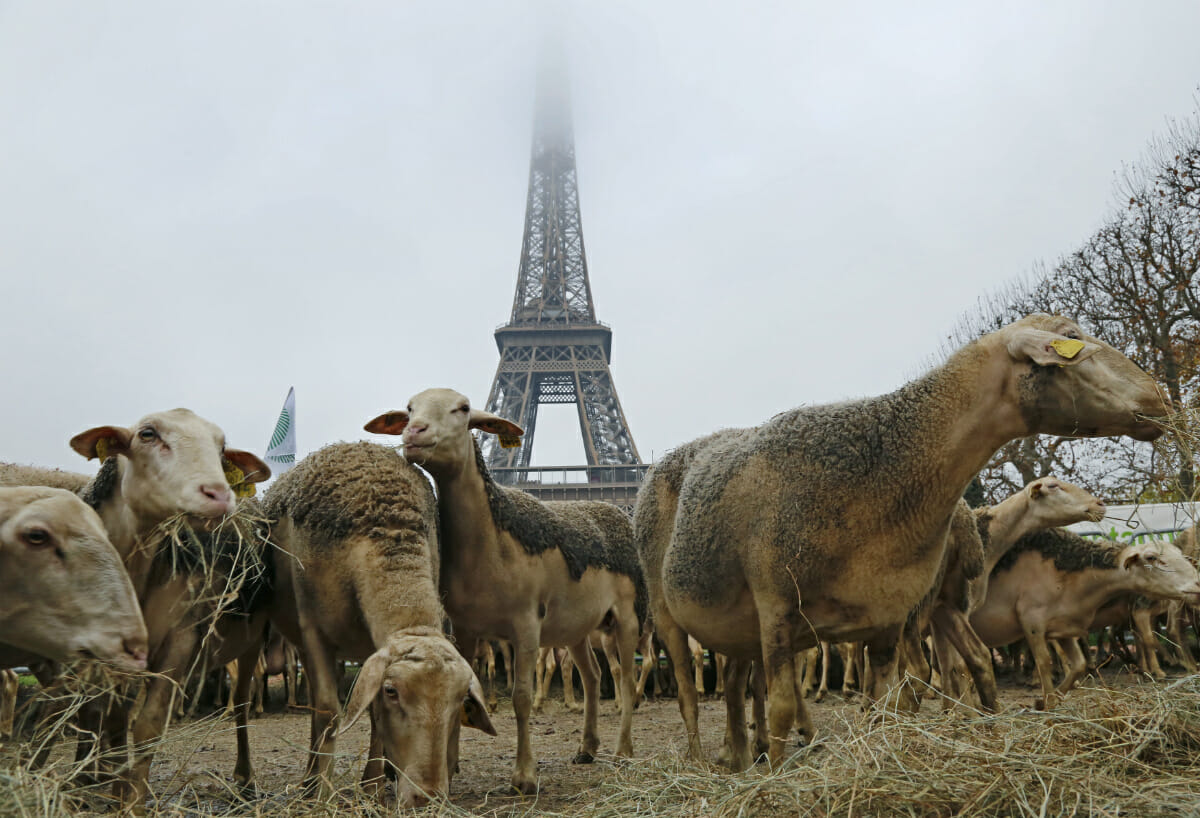 The lupine-ovine conflict began back in the 1990s, when the previously exterminated gray wolf began reintroducing itself to the French mountains, crossing the border from the Italian Alps. The wolves were protected under the international Bern Convention, but sheep farmers began complaining about attacks on their herds. In response, the 2004 Plan Loup (that would be the Wolf Plan) subsidized electric fencing as well as the purchase and training of Great Pyrenees guard dogs (“patous” in French).

The cute factor proved a bit of a distraction, as one farmer bottle-fed a little lamb — fleece indeed as white as snow — in between protests.

Baa, say the farmers, who complained the dogs were menaces to visitors and that the government was spending more to protect the interloping loups than its sheep. And indeed, by the turn of the decade more than 250 big bad wolves were responsible for thousands of violent sheep deaths. (Ewe.) Earlier this year, the government did allow for a controlled cull of 24 wolves, though the order was met with disdain on both sides. Thus last week’s protest.

It was just the latest in a long, long line of sheep-centric Paris demonstrations, which means the farmers quickly rammed their point home. “We are asking that wolves be removed from sheep breeding regions because they are incompatible with our work,” Michele Boudoin, secretary general of the French Sheep Organization (FNO), told Reuters. They also zeroed in on the government’s soft spot: tourist dollars. As lead protester Franck Dieny put it, the existing policies “don’t recognize … the role we play maintaining the landscape” vital to attracting outsiders.

The nonplussed sheep, meantime, did the government a favor by trimming the grass around the landmark free of charge. And of course, the cute factor proved a bit of a distraction, as one farmer bottle-fed a little lamb — fleece indeed as white as snow — in between protests.