A look into the spread of these dog food buyer's clubs. 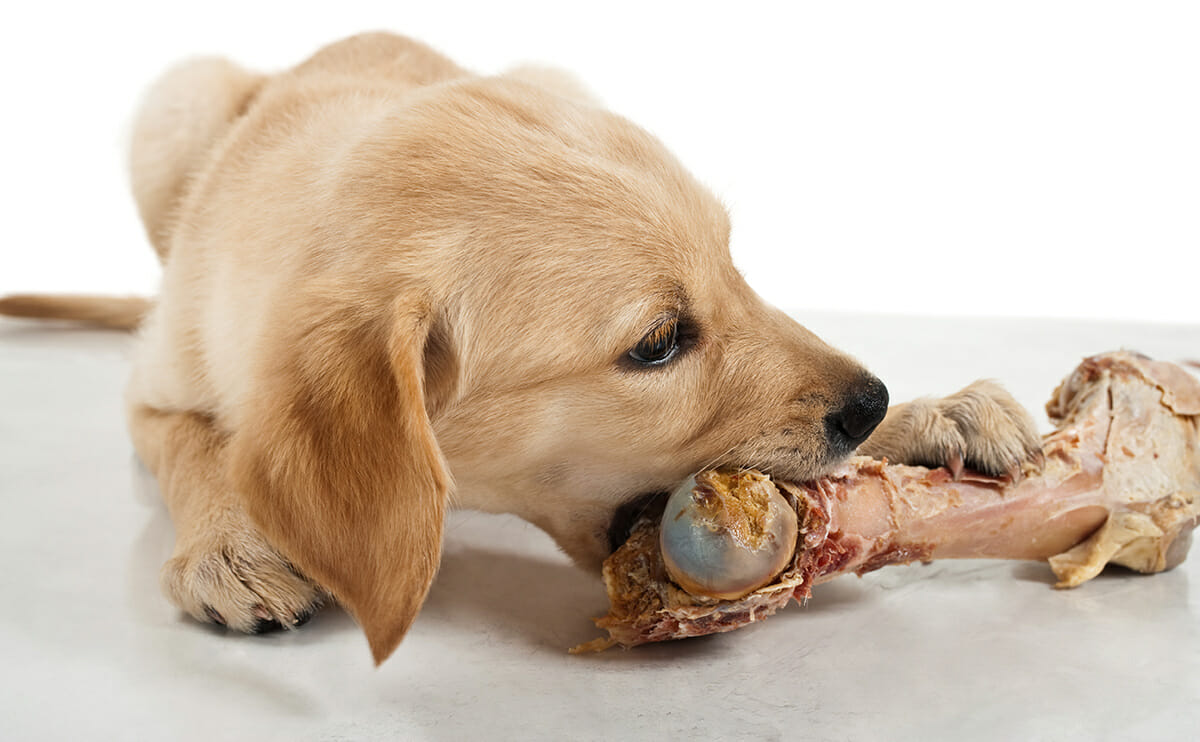 Dog food co-ops work largely like any other kind of co-op: Members volunteer, share tasks and mentor each other. Some have a storefront, many don’t, and several operate as non-profits. The menu is grittier than one geared towards people, including items such as leaf lard and tongues, but human-grade and pre-made foods may make the list.

The diets these goods create are typically raw meat, bones, fruits and vegetables. Racing greyhounds and sled dogs have long eaten this way. In 1993, the book “Give Your Dog a Bone,” by veterinarian Ian Billinghurst brought the idea to pet owners. “Raw meaty bones” are the staples; a balance of calcium and phosphorus from the bones and meat in, say, turkey necks. But some cook the meat and diets can be tailored to the dog’s needs (and whatever makes their eyes light up).

Those who go raw without support sometimes get nostalgic for bagged kibble. Its availability and ease of handling are still unmatched. In the realm of DIY raw, food co-ops can provide much needed support to beginners.

According to the Pet Food Institute, the first commercial pet food was an English biscuit that arrived in America in the 1890s. The “dog cake” later took the shape of a bone but the flour concoction marked a move toward foods ill-suited to carnivores. In the 1950s equipment used to make breakfast cereals was adapted for making dry pet foods. This growing industry also created profitable new markets for American farm products ”“ and for byproducts of the meat packing, poultry and other food industries. Kibble became the standard meal for pet dogs and today the Pet Food Institute estimates that about 95 percent of the calorie intake of pet dogs and cats in the United States comes from commercial pet food.

But pet food recalls and the local/organic food trend got pet owners interested in providing their dogs with a higher quality feed. By shortening the farm-to-bowl chain, many owners feel they can rule out many of the toxic traces of industrial food production. Some also claim that raw diets help dogs suffering from cancer and even allergies.

Still, a raw dog diet is not touted by all.

Many veterinarians, and the FDA, discourage raw feeding due to threats from bacteria. Studies in veterinary journals have documented the risks. Some long-time raw feeders point out that bacteria (salmonella, for one) is also a problem in commercial pet food. Other risks are feeding an unbalanced diet and the potential for whole bones to cause choking, break teeth or puncture an organ.

Then there’s the cost. Feeding organic or human-grade meats is expensive. By purchasing fewer organic products the cost can be roughly that of high-end kibble, some say. To keep costs down, they also buy in bulk and split purchases with others. But buying in bulk may mean buying a bigger freezer. Other costs include tools like a meat grinder, mixing bowls, and a meat cleaver that can cut through bone.

Risks and learning curve aside, more people are taking on the challenge. There are now dozens of dog food coops around the country. Here are the stories of just a few of those co-ops.

Geography shapes the foodshed that fuels this non-profit in Holualoa, Hawaii. “We are an island with limited resources,” says founder Sandra Scarr. “Most of our food is imported from the mainland and abroad.”

Certain things are off the menu, like chicken, lamb and pork because there is no slaughterhouse on the island that processes them. There is, however, grass-fed beef. Scarr sources her goods from a slaughterhouse, Hawaii Beef Productions, which processes from about a dozen ranches on the Big Island.

Members pay $5.00 to join the co-op, which has a 5 percent mark-up over wholesale prices to cover supplies (baggies, knives, scales). Volunteer members pick up, cut and sort the meat, which is ordered weekly. According to Scarr, the co-op buys more beef, pound-wise than local grocery stores. They also buy feral meat.

“Ranchers like to get rid of feral animals that compete with their cattle for grass, says Scarr.

These animals, slaughtered in the field, aren’t USDA-inspected or approved for human consumption.

According to Scarr, when the co-op started, “many parts of the cow were going to the landfill because people didn’t want them, and there is no rendering plant in Hawaii.” The slaughterhouse paid to dispose of about half of every cow which limited what they could pay ranchers for their cows.

In its four years, Kona Raw has added more than 200 members. Scarr says ranchers can’t keep up with the demand for parts such as heart, tongue, and cheek meat, substituting shoulder clods, brisket and other more plentiful parts instead.

“We’re trying to get ranchers to keep more cattle here,” she says.

Behind every dog food co-op is the ghost of BARF. The unappetizing acronym stands for “Biologically Appropriate Raw Food,” the original raw pet diet promoted by veterinarian Ian Billinghurst.

Texas-based ARF, established in 2003, has many followers of BARF, which relies heavily on raw meaty bones (such as poultry necks). Others feed the “prey-model,” thought to resemble a wild diet, such as whole rabbits. Some cook the meat or stick to other diets.

ARF also holds canine play days and diet classes; one course helps BARF feeders figure out what to feed, and how much.

Because there is no commercial cold storage to rent in Austin, food must be delivered to a member’s house or workplace by refrigerated truck, or the member may meet the supplier then take the meat back to the co-op for disbursal the same day.

Farmers are helped by the co-op using their “collective economic power to make direct bulk purchases from many suppliers” according to the organization’s website.

Launched in 2003, SFRAW claims to be the largest resource in California for fresh-feeders, thanks to a bounty of local, sustainable farms. Founder Kasie Maxwell started SFRAW as a way to affordably feed her Great Danes, turtles and cats a raw diet.

Each year, members pay $80 and volunteer eight hours. Members – who come from all over Northern California – order online from a vast selection of human grade meat, bones, prepared raw foods, and more. They also have weekly warehouse sales.

One long-time supplier, James Ranch, run by Lance and Gay Columbel, raises pastured lamb in the Sierra foothills. Maxwell “personally sources her products and does her best to accommodate the individual farms,” Gay says. “We supply basic products such as bones, organs and mutton” that have a limited market for human use. SFRAW is a solid link in a marketing strategy “that enables us to sustain our sheep enterprise,” she says.

“Because we’re so small, it’s important for us to use everything from our animals.”