A 26-year-old farmer who balances professional surfing with farm chores. 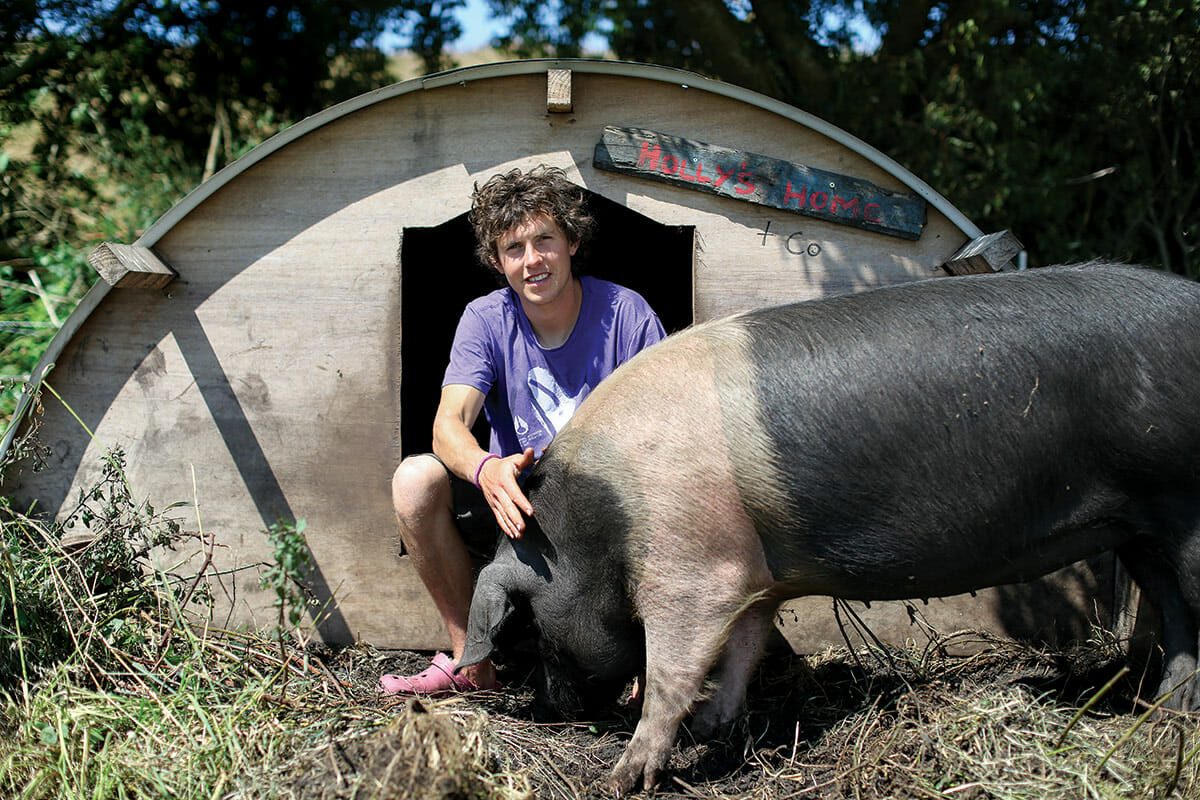 That question runs deep for him. Smith is one of the best big-wave surfers in the world, known’ for dropping into heavy waves from Tahiti to Hawaii, and for introducing the surfing world ‘to the huge breaks on the Irish coast. But after several years of globetrotting he started to feel guilty about his self-serving, carbon-heavy lifestyle, and – despite the fact that his parents told him’ to be anything but a farmer – he missed farming. “I chased around the world after waves for 10 years, but about three years ago I felt the need to start growing my own food,” he says. “I couldn’t continue to live the pro surfing dream and not give more back to the planet.”

“I couldn’t continue to live the pro surfing dream and not give more back to the planet.”

Farming pulled him back to County Clare, Ireland, down the coast from where he grew up. He invested in a half-acre and a pig named Holly, and then a nearby hotel let him take over their land and farm there, too. He’s now growing broccoli and 25 types of potatoes, but he’s also built a greenhouse and an outdoor communal kitchen. He wants to turn part of the land into a community garden so he can teach other people about farming.

Smith has also started an online video series chronicling his quest to balance surfing with farming – and the episodes can be, as they say, gnarly. Recent videos have dealt with a friend breaking his back while surfing a huge wave near the farm as well as fierce battles with the tough, root-filled land Smith is farming.

He says other surfers have questioned his decision to give up on the dream, but that he has found a balance between sod and surf. “I am OK with missing a few fun waves to get important jobs done in the field, but if the surf is pumping you won’t see me in the garden, that’s for sure.”