The Champagne of Meats: Europe Called, It Wants Its Black Forest Ham Back

Negotiators attempt to force the U.S. to comply with European labeling of Black Forest Ham via current talks for the Transatlantic Trade and Investment Partnership. 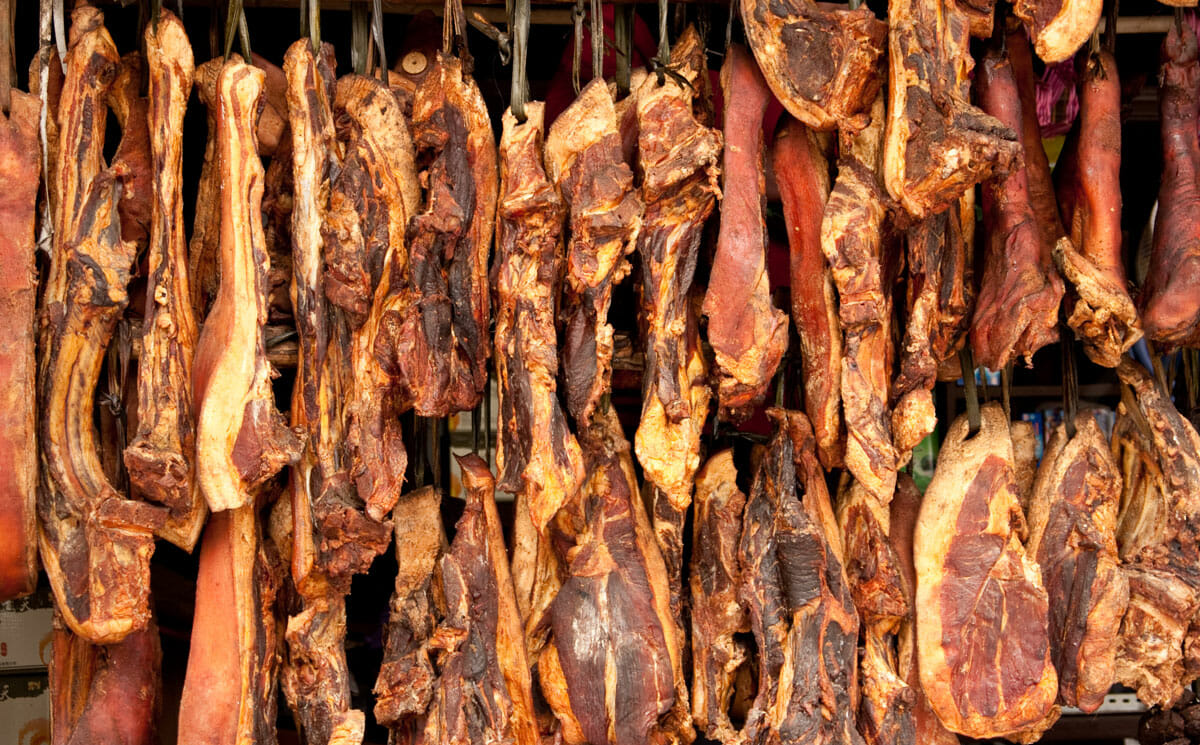 By European law, only licensed butchers working in the region can manufacture Black Forest ham. Thousands of the continent’s tastiest consumables – from Stilton to Newcastle Brown Ale – are protected this way. Using so-called “geographical indications”, the EU has long tried to extend these safeguards beyond its borders. But in America, Black Forest ham can still be found in everything from Subway sandwiches to Tyson packages (with the charming “Smoked Black Forest Ham and Water Product”) – with nary a thought to a German forest.

Now, though, negotiators are attempting to force the United States to comply with European labeling via current talks for the Transatlantic Trade and Investment Partnership (TTIP). The move has prompted furious outpourings from several bi-partisan groups of senators declaring it an assault on the nation’s cheeses, and “various meats”.

For its part, the EU says it wants to stop businesses getting a “free-ride on the good reputation developed by the producers of the original product,” according to Roger Waite, EU Spokesman for Agriculture & Rural Development. But Jaime Castaneda, head of the Consortium for Common Food Names, says the US created entirely new markets around these names.

A group of senators doubled down in a recent statement, essentially telling Europe: You can have our bologna, when you pry it from our cold dead hands.

“The term ‘Black Forest ham’ is primarily an American creation,” he says, “Nobody from Bologna, Italy ever did anything to promote bologna in the States. The names should be available to the people who built those markets.”

A group of senators doubled down in a recent statement, essentially telling Europe: You can have our bologna, when you pry it from our cold, dead hands.

In fact, bologna is a generic name in Europe too, only “Mortadella Bologna” has any protections, but you might forgive the senators’ zeal. After all, America has been developing its own brand of bologna since Oscar F. Mayer was slinging wursts on Chicago’s North Side in the late 19th century. Today American bologna has its own song and national day of celebration, and is a world away from the handmade Italian sausage that originally inspired it, which is more likely to wind up in a tortellini than a Kraft Lunchable.

Still, protections like those being pushed by Europe are designed to favour local producers over big food brands. The United States has refused to introduce its own geographical indications, arguing that a new system would simply sap government resources, while the existing trademark regime works just fine. But precious few American foods and preparations are currently safeguarded in the way of Europe. Idaho potatoes, Maine lobster and Vidalia onions have trademark protections, but many others, like Boston baked beans and New England yellow crookneck squash are on their own.

Idaho potatoes, Maine lobster and Vidalia onions have trademark protections, but Boston baked beans and New England yellow crookneck squash are on their own.

Meanwhile, Europe’s rules do have significant upsides for food makers: They promote sound environmental practice, strong animal welfare standards and can help bolster sales. The Black Forest Ham Association, protected since 1997, now claims to produce the best-selling smoked meat in Europe, in spite of its high price tag (around $18/kilo) — an example of how a luxury market can rise around a premium product.

Given the concerted opposition to Europe’s labeling requests, it appears unlikely the US will agree to any trade deal that will affect the domestic market. Jaime Castaneda, at least, is confident: “I can assure you, it will never happen.” Indeed, the senators seem focused on using the talks to reverse recent deals the EU has made elsewhere, including with Chile and the US’s biggest export partner, Canada, urging the Obama administration to, “push back against the EU’s efforts to restrict our meat exports.”

Lang, for one, hopes such bids fail. “The protections should not get lost in a new round of triumph for transatlantic trade liberalisation,” he says. Undermining geographical indications at the TTIP, he adds, will be “a terrible step” in the direction of ultra-processed foods, “characterized by salty, fatty, sugary ingredients and bland ubiquity.”