China's "pork miracle" means that over half of the world's pigs now live in China. 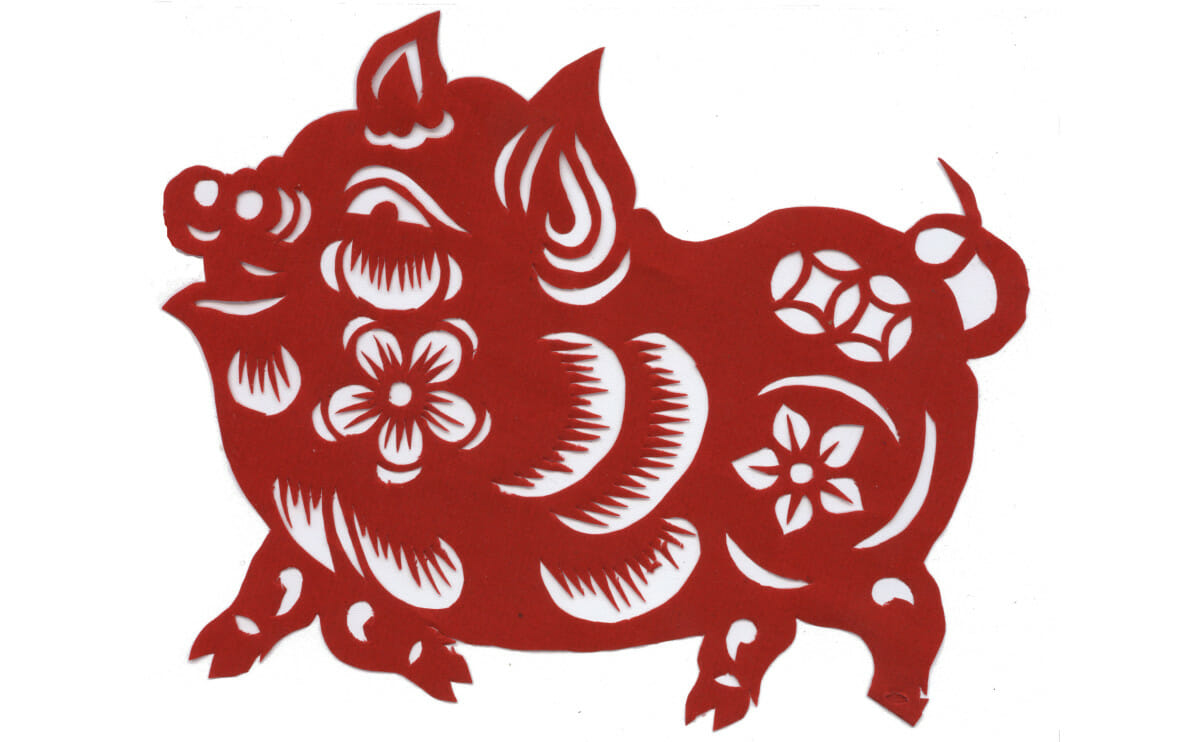 The Institute for Agriculture and Trade Policy (IATP) released a report last month documenting the causes and the consequences of the pork miracle. The story sounds simple: In the last few decades, China has developed the world’s largest pork industry to feed a rising middle class.

But the specifics of the story are nothing short of astounding.

As China’s pig population continues to increase, the country’s total meat production is expected to reach to 93 million tons by the end of the decade. Higher growth rates of chicken and beef will drive much of that increase, but by 2022 pork will remain emperor of China, accounting for 63 percent of production in retail weight. 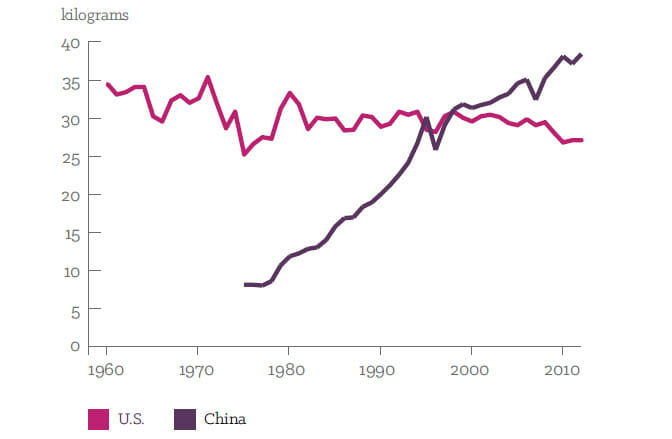 Pork consumption per person in China and the US, 1960-2012. Data: Earth Policy Institute.

In 2014, there will be almost twice as many pigs in China as people in America

While weight might be the easiest way to account for the sheer amount of meat, consider the porcine population. In 2014, swine production in China will reach 723 million head. Just to be clear, that’s more than twice the U.S. population and half the Chinese population.

The IATP looked to Chinese history to track the causes of the country’s pork explosion. Apparently, pig husbandry isn’t just woven into 6,000 to 10,000 years of the country’s past — it’s an everyday part of the Chinese language. In Mandarin, the general word for “meat” (rou) is the same as the specific word for “pork.” Early Chinese speakers also made the character for home and family (jia) by adding the roof radical to the pig radical. So, in a figurative sense, a roof over a pig makes a home.

The tradition of pig rearing in China helps explain the linguistic connection. For thousands of years, single households valued pigs not for their meat as much as their ability to turn waste into fertilizer. But as pork was the go-to meat for celebrations, the meat also become a marker of wealth.

The IATP argues that the Chinese government’s push to make pork cheaper serves two joint purposes — it meets the desire of the population and demonstrates the new wealth of the nation against former scarcity.

When it comes to pork, China doesn’t stop at the tenderloins. Feet, liver, kidney, stomach, spleen and other body parts can all make a welcome addition to Chinese dinner plates. The country’s lack of pickiness when it comes to pig parts has helped make it one of the top destinations for the byproducts of meat processing companies worldwide.

China has a national pork reserve

The government built the reserve following a fatal outbreak of PRRS (also known as porcine blue-ear disease) in 2006 that left millions of pigs dead and pork prices through the roof. The idea, like with other strategic reserves, is to regulate the price of the meat by buying pork when the price climbs too high and releasing pork to the market when the prices fall too low.

Last year, Rabobank senior analyst Chenjun Pan told CNBC it would be difficult — maybe even impossible — to build a reserve big enough to manage price fluctuations in the massive Chinese pork industry. But nevertheless, the government has built a staggering collection of pens and freezers to help ensure more meat ends up on plates of Chinese citizens climbing into the middle class.

What is a government to do when its enormous pig population doesn’t stack up in genetic quality? Obvious: call the British and arrange an annual subscription for their finest array of piggy semen. As the Guardian first pointed out, Britain now flies loads of pig loads, both fresh and frozen, to China as a part of the arrangement.

In just a few decades, China will have switched from raising pigs in backyards to raising them in massive factory farms

Just as staggering as the rise of the Chinese pork industry is the speed at which it has embraced industrial pig farming. The number of hog farms dropped 70 percent between 1991 to 2009. Over the same period, the average hog farm grew from 945 head to 8,389 head. 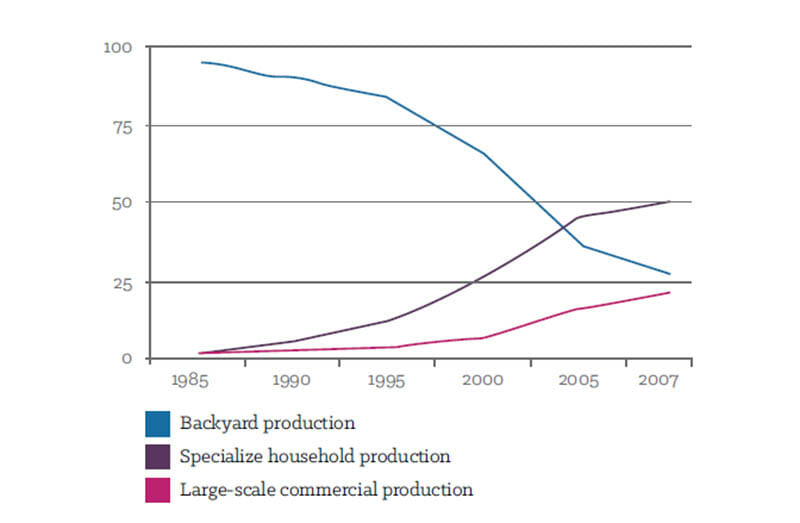 As the Chinese government has helped finance the rapid consolidation, Chinese firms have gone abroad to learn how to run them. Last year’s merger of Shuangui and Smithfield not only brought one of the largest U.S. pork operations under Chinese control — it gave Shuangui new insight into the methods of industrial pig rearing in the U.S.

But the IATP doesn’t lay the blame on China for copping American know-how.

Instead, they point to a global trend of agribusinesses pigging out beyond their borders, growing ever more consolidated and industrial in the process.

hope Africa can do same

0
Reply
Pork Cuts Guide – What Part of The Pig Does Your Favorite Cut Come From? – AIR NATION

[…] You may have eaten your share of pork in your lifetime, but have you ever stopped to wonder exactly which part of the pig yielded your juicy and delicious favorites? Once you see all of the different meats that come from one single animal, you will appreciate the pig even more. Here is some pork industry facts. […]

my name is lin geng fu