To Milk a Pig: One Chef’s Obsession

Chef Edward Lee has been a finalist for multiple James Beard awards, he made solid runs on Iron Chef America and Top Chef, and he wrote the critically acclaimed cookbook Smoke and Pickles. Yet for years, Lee has been restless. He wants to milk a pig. 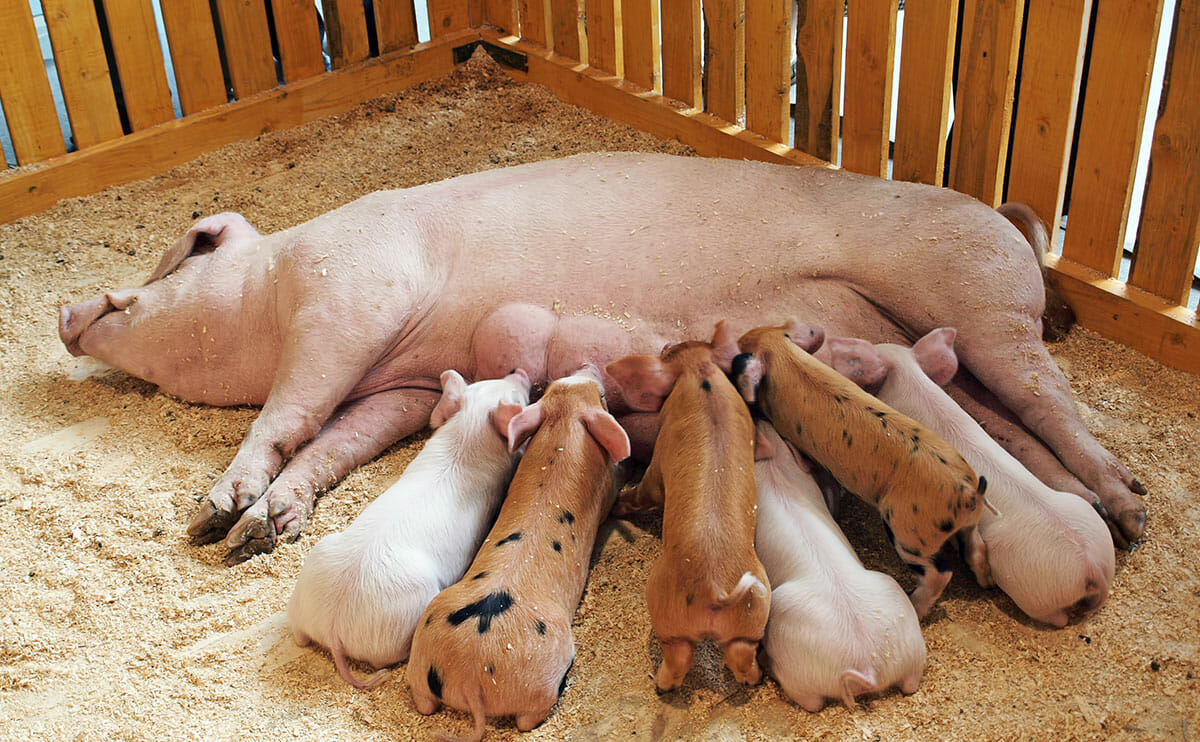 It started as a simple plan: Lee wanted to be the cheeky chef who served pig cheese in a fine restaurant. He was confident it would taste good, and the novelty would draw attention. Problem is, Lee got hung up at the farm. He tried and failed, tried and failed,* to squeeze dairy from a sow’s teat.

And now, he is going farmyard Jane Goodall — Lee plans to live in a barn for week-long stints, gaining, nay earning pig trust. “I can’t gain the sow’s friendship just so I can get her milk,” he waxes. “She’ll see right through me. It has to be real friendship. It’s like Charlotte’s Web. I’m gonna be a spider.”

We tracked down the esteemed chef as he waited out a flight delay in Philly, to find out more about the situation: Is pig’s milk really something we need? Why is it so hard to pacify a lady pig?
Are you ok, chef?

Edward Lee: Oh yes. If the weather ever breaks, I’m going at it again. The biggest problem with pig’s milk is a very simple problem — it’s very difficult to extract it. They just don’t want you to milk them. That’s the crux of the issue. If I can get the milk, I can make the cheese. 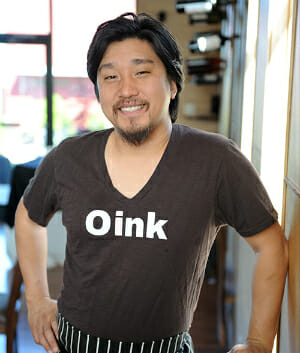 MF: So what’s the problem?

EL: Thing is, pigs were never domesticated for the dairy industry. Cows have been domesticated for so many years, they’re very docile. You get within 15 feet of a sow, she’ll get up on her hind legs and get defensive. She might charge you. And once she charges you, just forget it. She’s already identified you as an enemy. There’s not much you can do.

The other reason we don’t milk pigs is they have very small teats, and they have many of them. Not practical. The cow has an udder that you can extract a lot of milk from. As opposed to a little teat the size of a human nipple, 8 to 10 of them. Good luck with that.

MF: What made you first want to try pig milk?

EL: Well I hang out at farms all the time. One time I was watching some piglets suck on the teats of a sow. Those little piglets seemed to be loving it. I could tell it was really good stuff. I remember a farmer saying to me: “Every once in awhile piglet will drink too much. It’ll have a bunch around their mouth and will lick your face and you can taste some of it.” But I wanted more. I got very greedy and selfish. I said, “I want some of that milk.”

MF: Do you think diners are ready for pig cheese?

EL: It’s funny, I’ve heard people say pigs milk is bad for you, pigs milk is disgusting, pigs milk is gonna taste like bacon, all of which is absolutely absurd. Pigs milk is incredibly nutritious, and it has all the qualifiers — if you break down the content — to make a fantastic cheese. I’m 100 percent confident it would make an incredible cheese.

MF: And you won’t rest until you prove it?

EL: That’s my mission. I mean, goats don’t like to be milked either. But if you get kicked by a goat, you’ll get bruised. Get hit by a 250-lb. sow, you’re dead. There’s a very basic practical reason people don’t attempt it. No one else is crazy enough to get in the barn with ’em.

I take my Carhartt jacket, smear as much pigshit as I can on it. Then I hang out with the sow as long as I can, try to wait for her to get real sleepy.

MF: What techniques have you used?

EL: It sounds really stupid, but I take my Carhartt jacket, smear as much pigshit as I can on it. Then I hang out with the sow as long as I can, try to wait for her to get real sleepy.

MF: Have you gotten any milk at all?

EL: Yes, a bit. It was very viscous, warm, tart. It doesn’t taste that different from cows milk straight out the teat. Most milk tastes gamey when raw. It’s after pasteurization that the real flavor comes out. All the subtleties come out when you make cheese with it. Reducing it and intensifying it and concentrating the flavors. That’s when you notice the differences.

MF: But let’s be honest. Is it really just about the cheese?

EL: At some point it became this very philosophical thing to me. Has nothing to do with extracting milk. It’s “How do I make this pig my friend?” I can’t force it, she’s too strong. They’re smart so there’s no way I’m going to do this by using guile. The last option is to earn her trust.

EL: Oh yes, I have a plan B, C, D and E. When I started doing this I was consulting with cheesemakers and biologists. Eventually I realized I needed to consult an animal behaviorist. Now I found some guy who’s giving me suggestions for what to do. It’s animal psychology. Literally someone who works in a zoo.

EL: Well I’m not sure if I’m ready to talk about it. It’s not a secret but I’m afraid it’s going to fail. I’ll tell you this much: I’m going to spend a week in the barn, and sleep in there with the pigs.

MF: Hey, we interviewed a woman in Maine who created a scent to soothe cows. Think she could help you out?

EL: Yeah, connect us! I wonder if it would work on pigs, or if there’s a different musk. The “smearing shit on your jacket” thing actually does work to some extent. The sow doesn’t as get spooked when you get near her. It allows you to get closer. But not close enough.

*Lee did squeeze a bit of milk from a sleeping sow once, before she woke up and freaked out. He used it to make curd cheese.

(Editor’s Note: The original version of this post contained art of a male pig. We regret the error.)

I used to work for a man who lived in Italy and he told me that his mother would buy a whole piglet to butcher and opening the piglet up, in its tummy they would find a small cheese made of its mother’s milk, because the stomach acid made it into cheese 🙂

Maybe that is interesting.