Made in Portland: The $110 Cologne for Cows - Modern Farmer
Lifestyle

Made in Portland: The $110 Cologne for Cows

A mother cow tracks her calves by scent, and will grow anxious if separated. Smell is the main love currency between bulls and their mates. And cows have proven skittish about the odor of blood and offal (raising questions about whether they grasp their own mortality). Heavy stuff, this. Now perhaps you’ll suppress your snicker […] 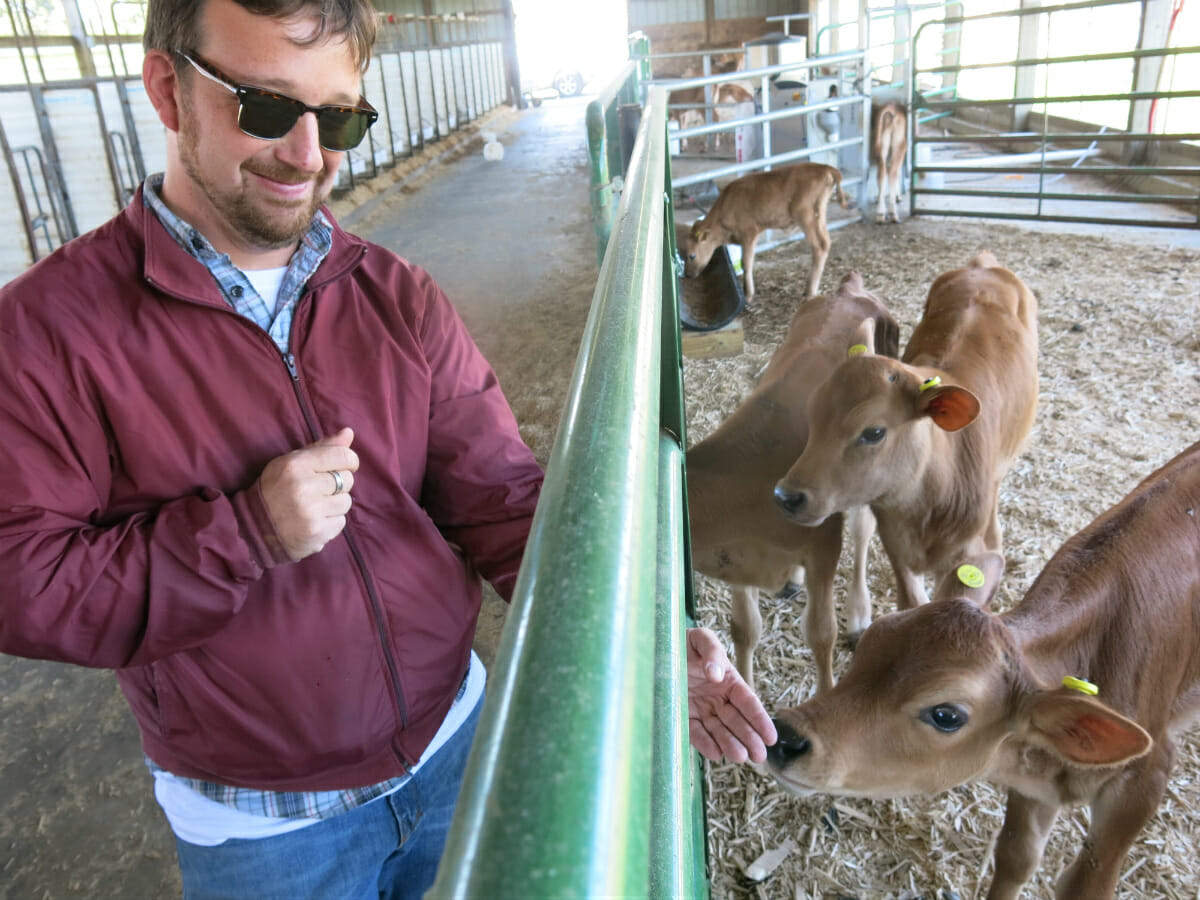 A mother cow tracks her calves by scent, and will grow anxious if separated. Smell is the main love currency between bulls and their mates. And cows have proven skittish about the odor of blood and offal (raising questions about whether they grasp their own mortality).

Heavy stuff, this. Now perhaps you’ll suppress your snicker — there’s a new cologne from Portland, Maine, specially calibrated for cows. “I set out to make something sexy and subtle, that cows would find soothing,” says creator Lisa Brodar.

Brodar owns Portland General Store, maker of natural scents for the rustic, modern hombre. Options include Moonshine, Moss, Tobacco, and Wood. Her new, cow-friendly cologne costs $110 a bottle and is targeted at the urban cowboy, “with the sun and dust clouds casting a warm light across his weathered skin” (a quote from the product description).

The cows rubbed up against her quite a bit – especially the females.

Many of Brodar’s scents are meant to be evocative, like Saltwater, designed to “conjure the sense of a dad in a 1970s photo, lounging on a sun-stained beach.” Or Whiskey, which doesn’t smell like whiskey at all (sorry boozehounds). But this new Farmer’s Cologne gives more than an abstract flavor of farm life ”“ it was tested on cows.

Brodar got the idea from Fragrancefreeliving.com, after the site ran a post about a Canadian farmer. In this (somewhat dubious) story, the nameless farmer’s cows are acting weird; he decides they’re repulsed by his odor. Apparently his wife was using artificially scented detergent in the laundry — and his cows weren’t into it. Soon the farmer started keeping a stash of fragrance-free clothes in the barn. Problem solved.

Brodar thinks cows are hypersensitive to artificial scents, because they haven’t been conditioned like humans. Take scented fabric softener, which promise to transport you to a breezy meadow, to the smell of sunshine itself. In truth, dryer sheets smell as much like the sun as Dimetapp tastes like a grapevine. “Cows are like newborn babies,” says Brodar. “They haven’t been conditioned to enjoy chemical smells. They’ll sneeze and shy away.”

Brodar’s challenge: Could she design a cologne that would appeal to both the sensitive bovine sniffer — and the stylish modern farmer? 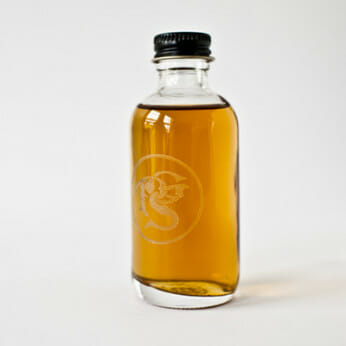 She started doing research, ferreting out info from obscure corners of the web. She learned that cows have reacted well to woody essential oils. Sandalwood, for instance, is used in India ”“ where the bovine is sacred ”“ as a cow-calming agent. It’s also been added to cattle feed in Wales, to reduce methane emissions.

Brodar tinkered, mixing natural oils and essences — sandalwood and sage, cedar and blue tansy (plus a few proprietary secrets). Finally, she hit on a balance she liked. It had a woody, earthen musk, with only a hint of the pungency found in mainstream fragrance (a writer in the Los Angeles Times is blunt: “Redolent of the grain and hay smells of the cow barn from my Vermont childhood … with an ever-so-slight medicinal note.”)

Before hitting the open market, Brodar did some product testing — with a very select focus group. Doused in the cologne, she made three visits to a small Maine dairy farm. The first trip was to introduce herself to the cows, the second was to attempt a milking, and the third was to spend time in the barn, “just hanging out” with her new cow friends.

Results? The farm’s owner told Brodar the cows seemed relaxed, and that milk production was high during her visits. Anecdotally, the cows rubbed up against her quite a bit — especially the females. Brodar admits the test wasn’t scientific, but “all the signs seemed positive.” (See sidebar for Modern Farmer‘s own rigorous field test.)

Of course, it’s not the cows who will shell out over a hundred bucks for a small bottle of cologne. It’s the farmer — or the wannabe farmer. “This probably isn’t for the third-generation farmer who smells like whiskey and washes with Castile soap,” she says. “It’s for the guy in Brooklyn who wants to move back to the land, to become a homesteader … but who still likes going out at night.”