The number of modern presidents who farmed might surprise you! 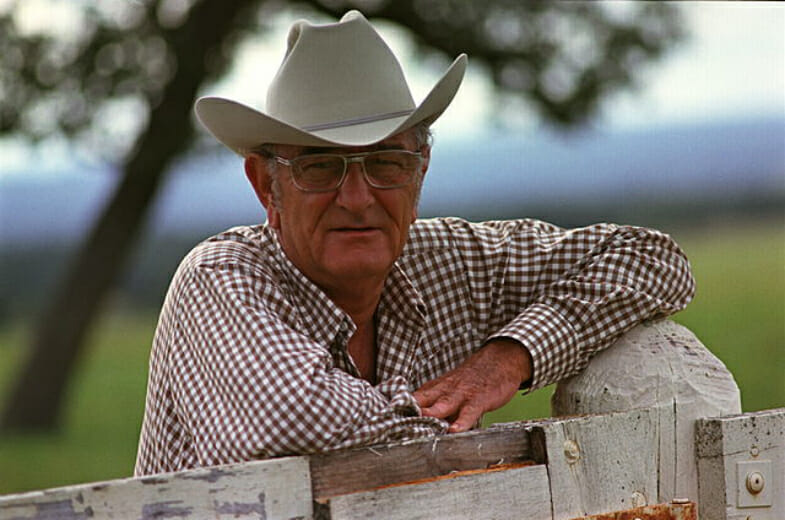 Farming has always been a quintessential part of the American experience, from Abraham Lincoln splitting rails for fence building to Bill Clinton picking beans. In honor of President’s Day, we’ve put together a list of the presidents who knew how to plant corn and herd cattle. It may have been no surprise that some of our Founding Fathers were farmers, but America’s farming traditions didn’t stop with them. 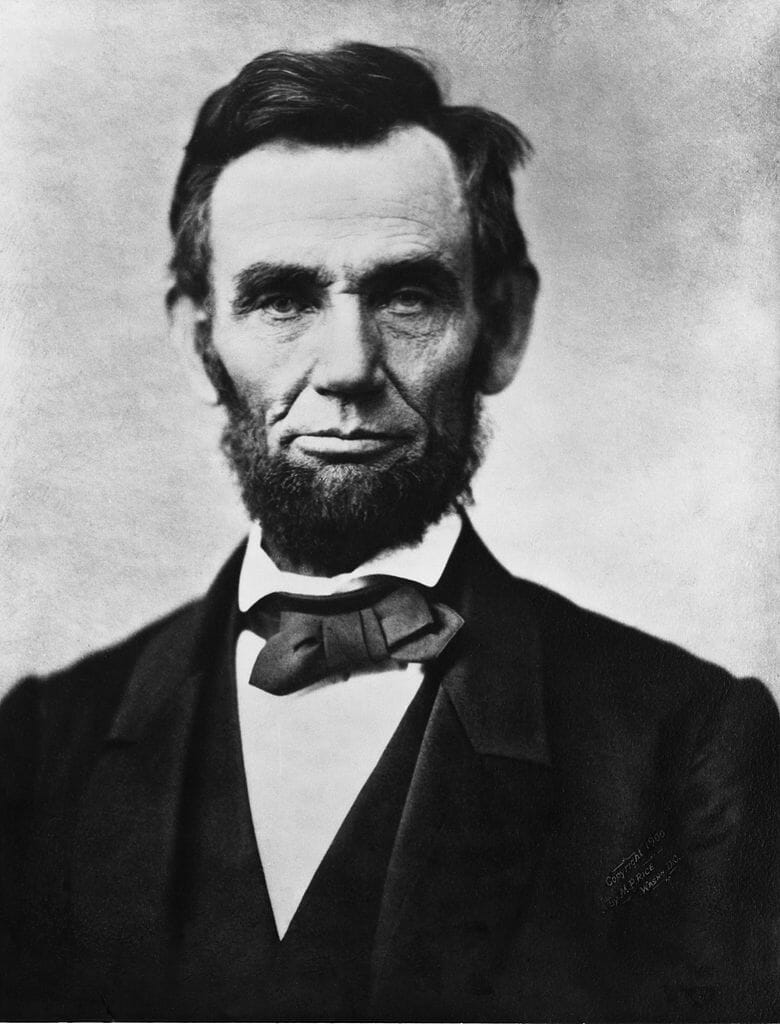 Abraham Lincoln was born into farming. Lincoln used his “farm boy” upbringing during his 1860 presidential campaign to show his humble roots. His family moved around as farmers, eventually settling on a 160-acre farm in Indiana. Lincoln’s birthplace farm, in Knob Creek Kentucky, has been preserved as a National Park’s Service historic site and can still be visited today. In 1859, Lincoln delivered a speech to the Wisconsin State Agricultural Society, saying of farming, “No other human occupation opens so wide a field for the profitable and agreeable combination of labor with cultivated thought, as agriculture.” 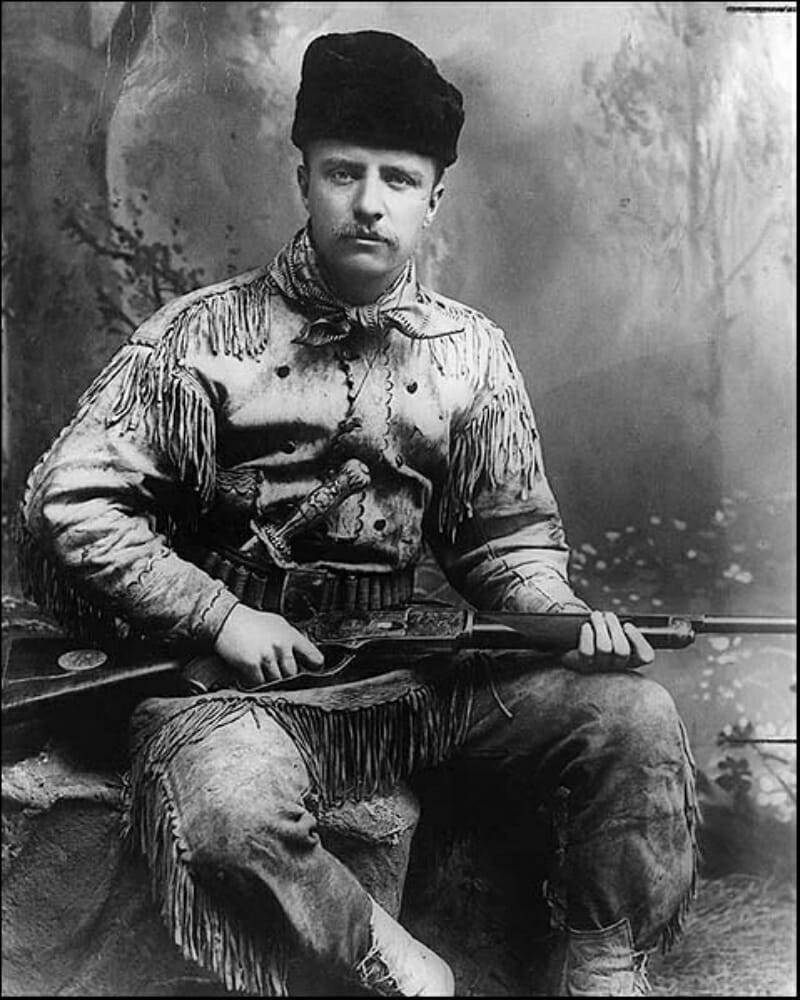 Theodore Roosevelt, probably more than any other president, was larger than life. It made sense, then, that he would try his hand at something as American as ranching. Originally going to the Dakota Territory to hunt buffalo, he fell in love with the Badlands. He invested $14,000 in a herd of cattle and had the “Maltese Cross” cabin built. In 1884 he expanded his ranching operation, investing $26,000 in a new herd and building the Elkhorn Ranch. Both his ranches can still be visited today, preserved by the National Parks Service. He continued to invest in his ranching until the incredibly cold winter of 1887, which killed most of his herd. All in all he lost $80,000, ($1.7 million in todays dollars). This experience is seen today as the catalyst for his strong work as a conservationist. 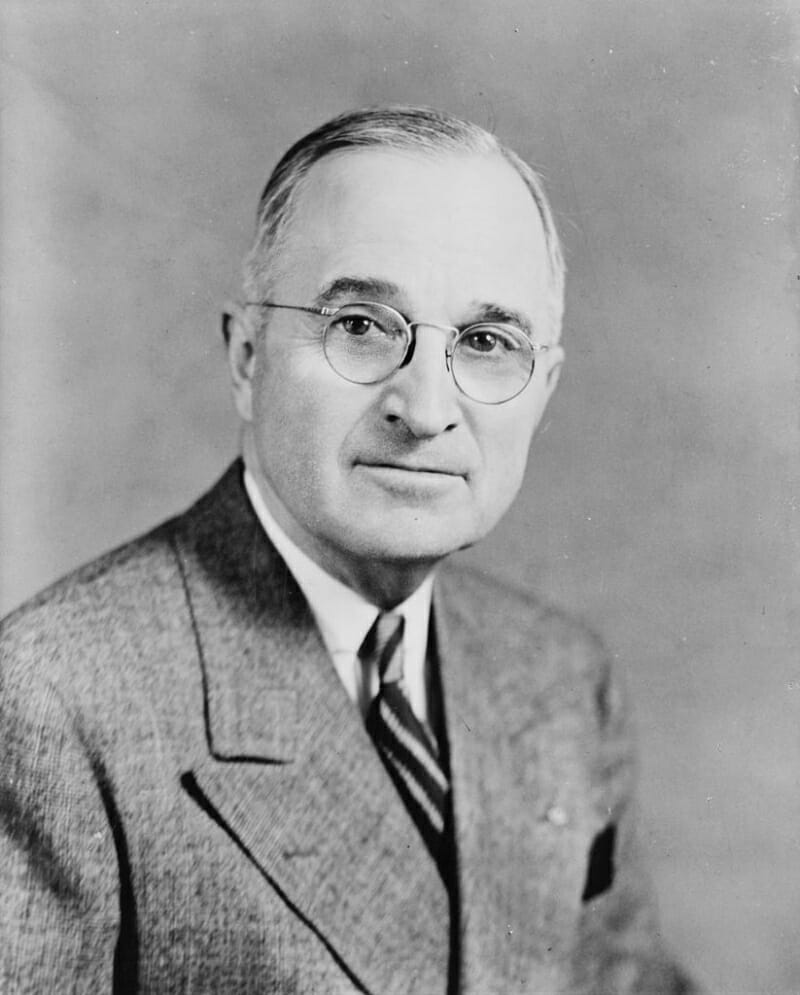 Harry S. Truman wished to be remembered as the “people’s president.” Part of this came from his grounded upbringing on his father’s 600-acre farm in Missouri, now a National Park’s Service historical site. Starting in 1906, Harry worked on the farm for 11 years, taking on the full responsibility of the farm after his father died in 1914. His mother would later say, “It was on the farm that Harry got all his common sense.”

Lyndon B. Johnson, often clad in cowboy boots or wearing a Stetson hat, embodied the persona of a hard rough-and-tumble cowboy. Johnson was born on his ranch, which his aunt would eventually give to him in 1951. He then acquired an additional 2,450 acres (from the original 250) and raised 400 head of Hereford cattle. He would eventually be buried on his ranch, after his death in 1973. The National Park Service still maintains his ranch and herd to this day. 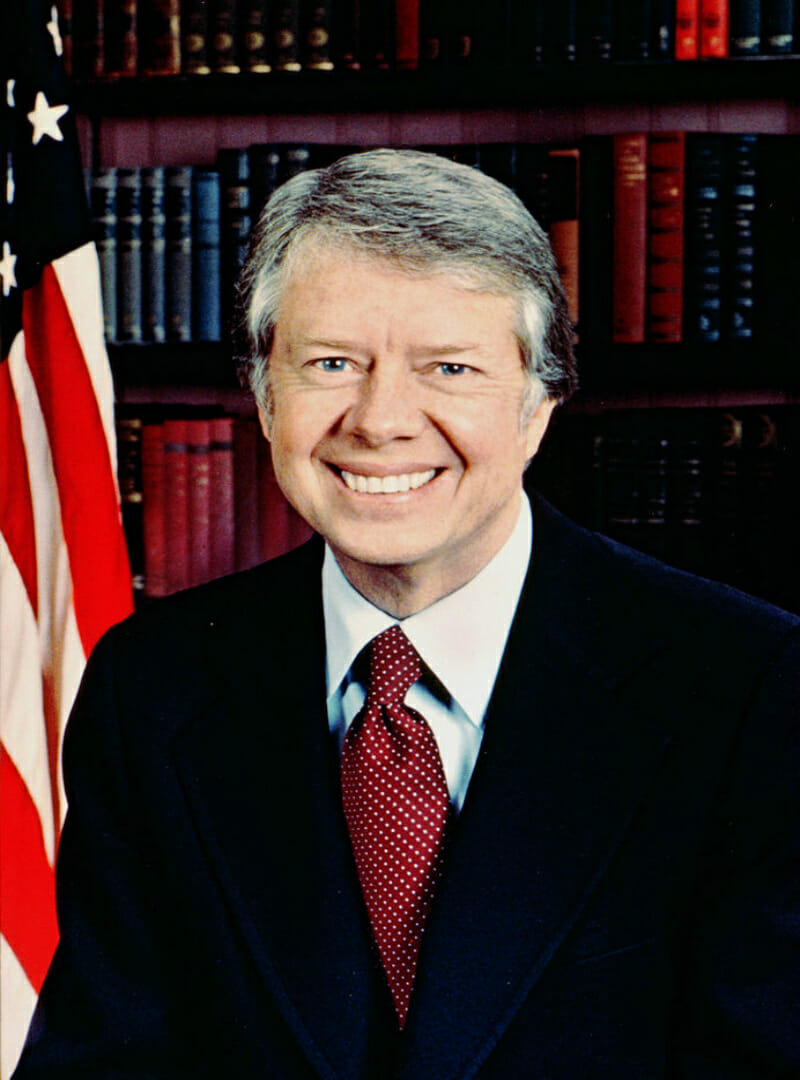 Jimmy Carter is probably the most famous farming President. Carter grew up on his parents’s peanut farm in Plains, Georgia. He even was part of “Future Farmers of America” while in High School. After his father’s death in 1953, Carter took over the daily operations of the farm. During the 1954 drought, the farm made a total profit of $187. He soon was able to turn the farm around, and by his 1970 gubernatorial campaign Carter was known as a wealthy peanut farmer. Later he reflected on his childhood farming, “The early years of my life on the farm were full and enjoyable, isolated but not lonely. We always had enough to eat, no economic hardship, but no money to waste. We felt close to nature, close to members of our family, and close to God.” 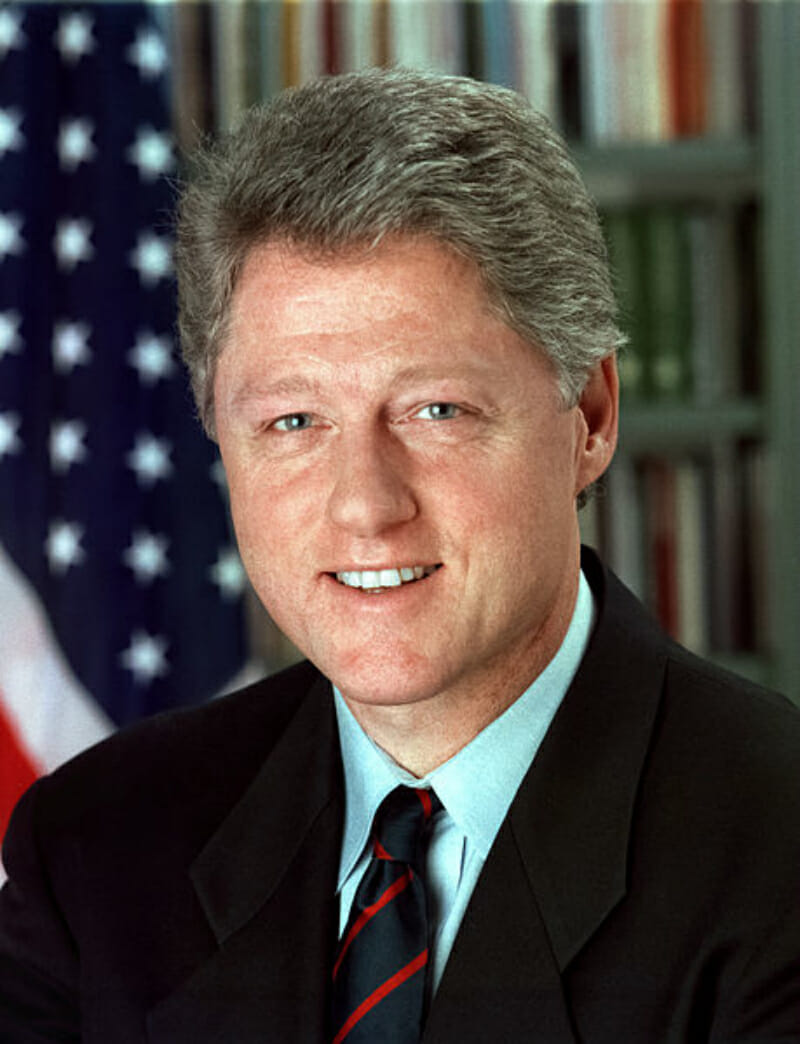 Bill Clinton is no stranger to farming, talking to us last year about food security and his childhood experience on Arkansas farms. His fondest memories come from time spent on his Great uncle Buddy and his wife Ollie’s farm: “As a young boy, I picked beans, corn, and tomatoes, poured tubs of water into sandy soil to grow large watermelons, fed animals, and badly lost a head-butting contest to a ram.” 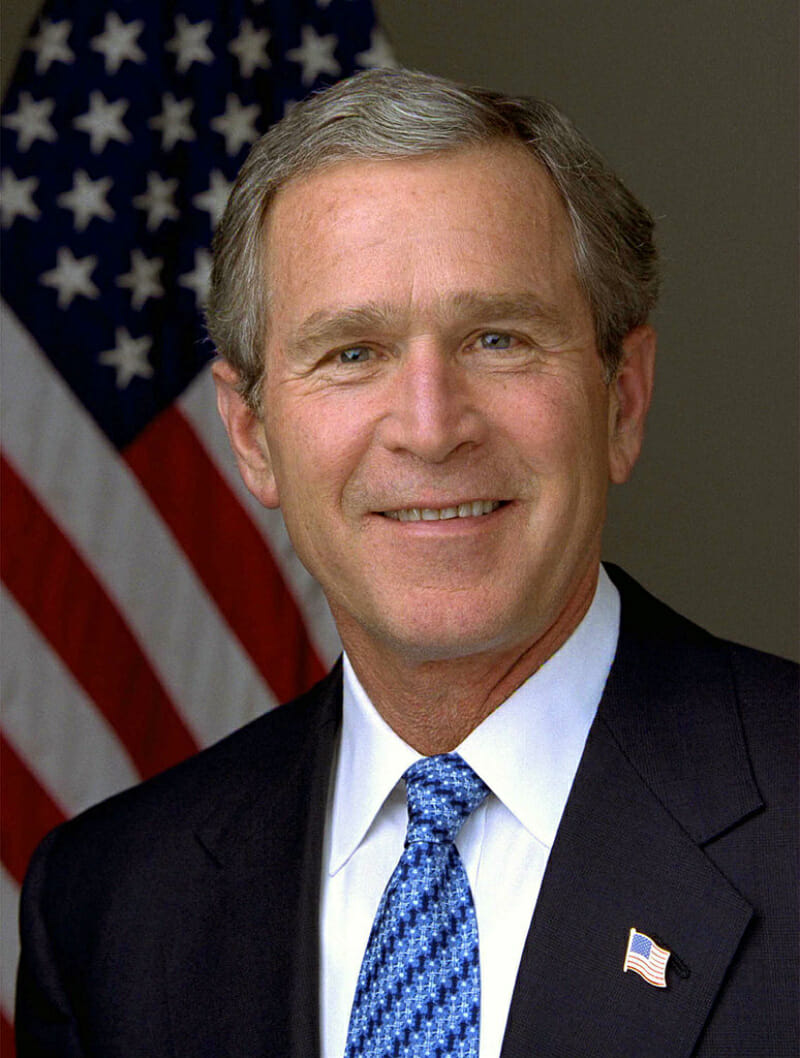 Like Lyndon B. Johnson, Bush has always had a preoccupation with ranching. In 1999 he bought Prairie Chapel Ranch, in McClean County Texas, for an estimated $1.3 million. During his presidency the ranch was often referred to as the “Western White House.” Bush still owns the ranch, taking his vacations and holidays there.

These choices are so horribly gargoyle.