One sad fact about the state of modern farming: there are plenty of people with sheep out there; there are fewer and fewer who know how to shear them. Fewer still work like Emily Chamelin does - with blades. 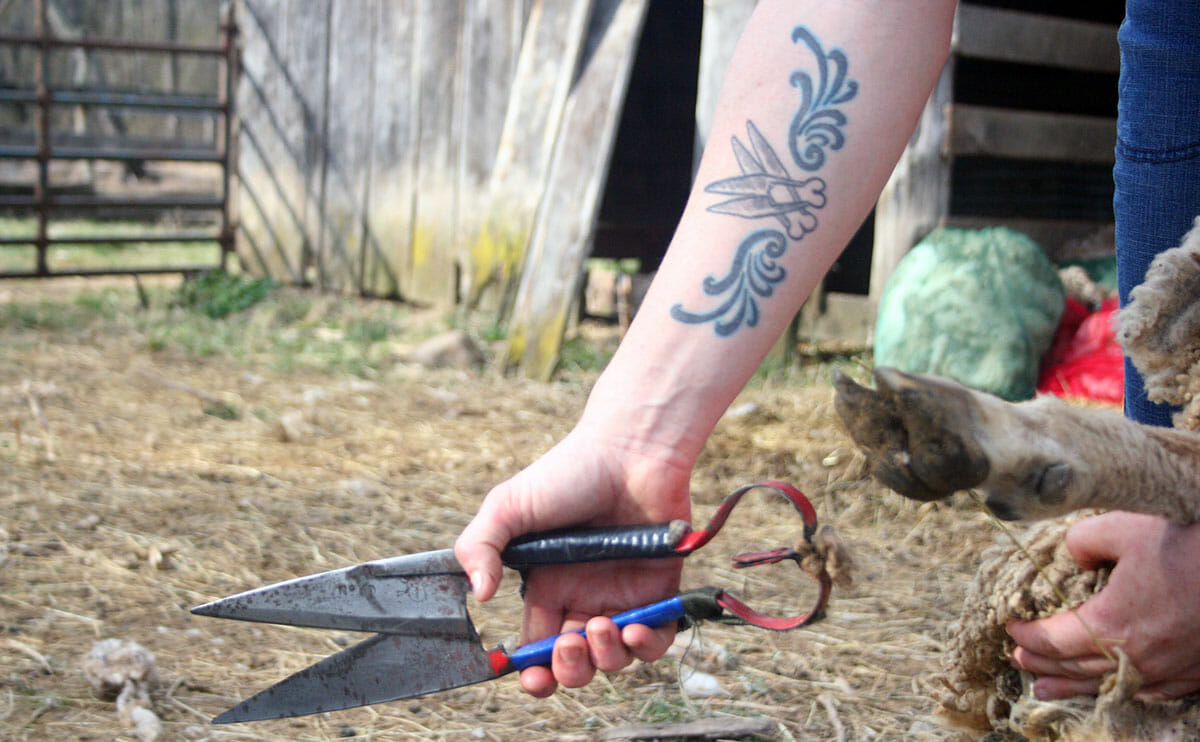 Emily Chamelin was still a teenager when she took up sheep shearing. She’d convinced her parents to let her raise a few sheep on the family dairy farm in Maryland, but finding someone to shear them every spring wasn’t so easy. The few shearers in the area usually didn’t want to hassle with such a tiny flock.

So, she signed up for shearing school. When the instructor wondered if she’d be strong enough to handle the animals, her resolve only hardened. Soon enough, Chamelin was shearing her own sheep and picking up other side jobs.

One sad fact about the state of modern farming: there are plenty of people with sheep out there; there are fewer and fewer who know how to shear them. Fewer still work like Chamelin does – with blades. 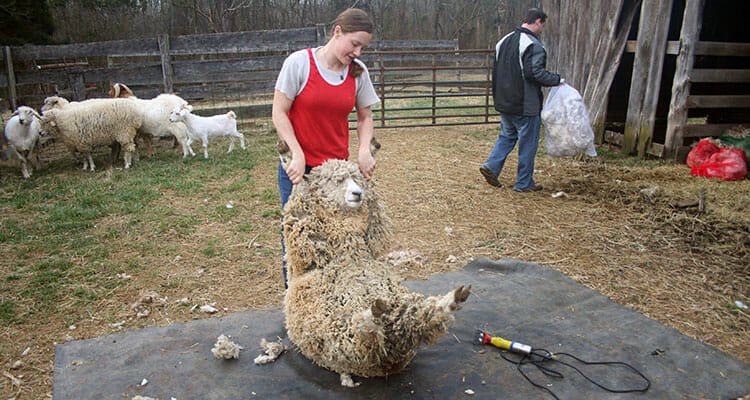 Chamelin prepares a sheep for shearing.

Chamelin sheared her way through a few semesters of college in Virginia (dropping out to work with a team of sled dogs racing the Iditarod in Alaska) and came back East to work the spring shearing season. In 2007, she ran the numbers and decided she was ready to launch Chamelin Shearing, which in the years since, has taken her up and down and across the country, from flock to flock and farm to farm.

“I enjoy being able to do a task without mechanized power,” says Ford, who learned the technique in Ireland and now shears exclusively with blades. Part of the appeal, he says, is the simplicity ”“ the fact that nothing more is required than a sharp pair of blade shears and one skilled shearer.

In 2012, Chamelin and Ford represented the U.S. as blade shearers at the World Shearing Championships in New Zealand, placing 12th and 7th, respectively.

Blade shearing, on a calm day, is quieter and more pleasant for all parties involved. But it also takes about twice as long, and blade-shorn sheep tend to look less cleanly-cut than machine-shorn ones; aesthetics, Chamelin says, ranks surprisingly high on the list of sheep owners’ priorities. Accordingly, Chamelin figures she does the bulk of her shearing by machine ”“ everything but a few small flocks and a few geriatric sheep that need a bit of left-behind wool (the reason for the raggedy blade-shorn look) to stay warm and comfortable.

Early on a Sunday morning, on a small Shenandoah Valley farm in rural Virginia, Chamelin laments the shearer as a disappearing breed as she wrestles a large Corriedale ewe to the ground and begins to relieve the animal of its thick, fluffy fleece. One guy in West Virginia retired. Another young shearer just up and quit. So many sheep, so little time. In the spring, she works seven days a week, barring some sort of nasty weather event.

“We need more shearers,” Chamelin says, pausing for a moment, before returning her attention to the ewe at her feet.