What the UN Climate Report Means for Food - Modern Farmer

What the UN Climate Report Means for Food

The continuing rise of global temperatures will have dire consequences for agri-business. 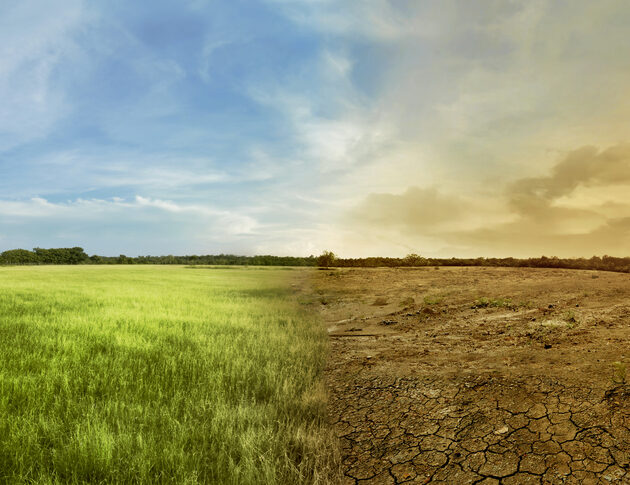 A new report from the UN’s Intergovernmental Panel on Climate Change is direct and unequivocal. Humans are responsible for climate change across the atmosphere, oceans and land.

The report found that each of the last four decades has been increasingly warmer than ever recorded and human activity has sped up things such as the rise in temperatures, melting of Arctic glaciers and rising sea levels.

These changes to global temperatures have resulted in increasingly severe weather patterns, impacting large swaths of the planet. The report lists heatwaves, such as the recent heat pocket over the pacific northwest that resulted in the death of a farm worker in Oregon, along with droughts, flooding and tropical cyclones.

Most damningly, these changes are essentially locked in, as the planet is on a path to continue warming. The planet is on track to rise 1.5 degrees above pre-industrial temperatures, and it may even blow past 2 degrees in the next several decades. The question is no longer how can we stop climate change but, rather, how can we keep the very worst from happening.

Agriculture and agribusiness are both heavily affected by climate change, but they can also be a large part of how we stabilize the changes before they get even worse. Modern Farmer spoke with experts to find out what the IPCC report means for agriculture and what changes we might expect from the industry in the coming years.

People and crops will shift across the globe

As temperatures rise, so do sea levels. Over the next century, there will likely be mass displacements of people along coastal regions and especially through the Pacific islands and parts of Asia. Chris Barrett, an agricultural economist at Cornell University, says this will be “overwhelmingly a problem for rice and aquaculture. Those are the two production systems that will be most disrupted.”

Barrett says that rice is the single most consumed food in the world, so with a major migration of people, there will also be demand to cultivate new land to grow rice and significant dietary changes as displaced people adapt to new foods.

We’ve already seen some shifting of crops to compensate for new weather patterns. The American Corn Belt is moving north and west to chase better temperatures. Dominique van der Mensbrugghe, director of the Center for Global Trade Analysis at Purdue University, says farmers can adapt as crops shift from region to region, but it’s harder to protect themselves against extreme weather events. “For those working perennial crops, these kinds of events can destroy grape vines or fruit trees and could have a longer-term impact,” says van der Mensbrugghe. “In some cases, farmers may just decide to get out of the business because they just can’t survive the loss.”

The value of land will increase

“Land is a valuable resource for things other than just producing crops and for raising livestock,” says Barrett. As we look for ways to change business practices, Barrett anticipates more farmers will find viable careers in using their land for more than just food and fiber. “As we improve the efficiency of electricity transmission from rural areas to urban areas, it becomes more and more efficient to have wind turbines and solar arrays and geothermal wells in what are today working farmlands,” Barrett says.

As the purpose of farmland shifts, there will be an increasing reliance on vertical farming, which can be moved closer to urban centers. Barrett says this will be key for many regions such as sub-Saharan Africa, which will have the largest population boom this century, and will also account for an increase in demand for food. “That’s where most of the food production growth is going to have to happen. While trade is important, roughly two thirds to three quarters of all food is consumed in the country it was produced,” because it’s too expensive otherwise, Barrett says.

That means regions such as sub-Saharan Africa will benefit most from new methods of food production. And as technology improves, the costs to those new production facilities, and the food they produce, will likely drop. “We’ve seen that already with wind, we’ve seen that with solar,” says van der Mensbrugghe. “On the technology side, we know what needs to be done. The question is implementing the policies that will get things done.”

Current policies don’t go far enough in incentivising producers to sequester carbon or hold corporations accountable for their emissions, experts say. There are some positive steps, but Barrett says there aren’t any truly outstanding examples of current policy to model. “There are companies that do better and worse and governments that do better and worse than others, but it really is ‘which turtle is winning the race.’ Nobody’s moving quickly enough to keep us from truly catastrophic results.”

All is not lost

The climate report was damning and dire, and there’s no getting around it. But there are things that we can do to mitigate the worst effects of climate change, and there are perhaps some causes for optimism.

First, says van der Mensbrugghe, there’s no real disagreement left about the effects and causes of our warming climate. “I don’t think climate denialism is a viable position to take,” says van der Mensbrugghe. “I think there has been a change in the mindset. It hasn’t yet translated into very stringent changes in policies, but I think that will be coming.”

Second, agriculture is one of the economic sectors that is primed to enforce real change and become carbon neutral or even a carbon sink overall. One way to do that, says van der Mensbrugghe, is to put a price on greenhouse gas emissions. “It’s been hard to do politically, but that would give everyone the right incentives to reduce their emissions and/or store them.”

We will also need to embrace the real cost of food, says Barrett. “We [need to] recognize the externalities and start to price them in and let people creatively adapt.”

Agribusinesses are always walking a tightrope between practicing sustainable farming and feeding the planet. But if we can take the information in this report and use it to adapt, we can stave off the worst effects of climate change.

I love the continued optimism of all reporting about the latest climate report. The idea that it is still possible for humanity to act in time to stave off the worst effects of human induced global climate change has a real Hollywood superhero story vibe. Just when all seems lost humanity discovers its inner hero and jumps into action to save the planet. The extent of the delusion underlying that hope would be comical if it were not so utterly sad. I don’t deny that scattered across the globe there are indeed many noble people with truly good intentions, deep… Read more »