The response is part of a partial turnaround of conservation policies. 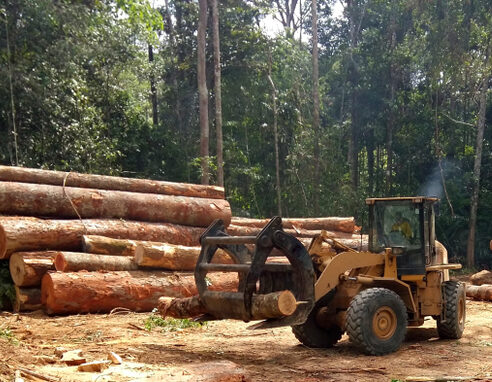 Under President Jair Bolsonaro, deforestation rates have increased by most measures in Brazil.

But recent statements from Bolsonaro and members of his government have indicated that the policies that lead to this deforestation may be changing. Ana Mano at Reuters reported that Brazil’s Agriculture Minister, Tereza Cristina Dias, announced a plan to pay certain farmers to preserve forest and savannah—to not farm, in other words.

In this new announcement, farmers would be paid to preserve environments in the forest and grasslands beyond what is currently required by the various state laws. Those state laws do have limits on how much undeveloped land farmers are permitted to clear, but this proposal, which Mano reports is being finalized, would incentivize farmers to go beyond those limits and protect more land.

Under Bolsonaro, a right-wing leader and close ally of former President Donald Trump, deforestation rates in the Amazon region (consisting of nine states) have risen dramatically by about 9.5 percent from August 2019 to July 2020, according to Brazilian reports. And so far in 2021, around 430,000 acres of forest were logged or burned in the region, according to a satellite imaging study.

Bolsonaro’s government has, writes Jake Spring at Reuters, “previously railed against environmental enforcement and further weakened environmental agencies.” Policies that encouraged, or at least failed to discourage, deforestation include reducing enforcement and decreasing the amount of funding to environmental government agencies. Deforestation reduces the Amazon’s ability to function as a carbon sink—it’s a massive one—and protect itself against outsized forest fires.

With Trump out of office, however, Bolsonaro has shifted his tone a bit. On Earth Day, in a conversation with President Joe Biden, Bolsonaro pledged to achieve emissions neutrality by 2050 and to double funding for environmental enforcement.

This sort of conservation program is found in many countries; in the United States, the Conservation Reserve Program, among others, effectively pays rent to farmers who do not farm on vulnerable land. There are also non-governmental programs, even in Brazil, which do the same thing, relying on funding from foreign governments and domestic and foreign organizations.

Specifics of this new Brazilian program have not been announced yet, as regulation is still being completed.