What Happens When Free-Ranging Livestock Overlap With Wildlife?

To find out, researchers went to space. 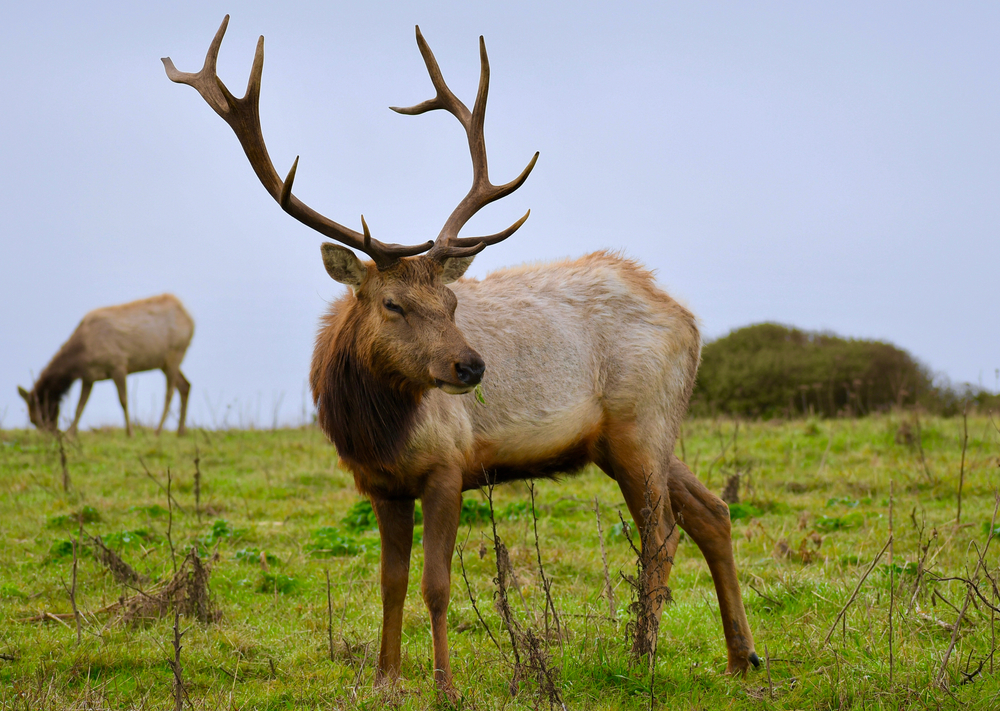 The line between rangeland and wild land isn’t always so clear, especially not to wild animals.

The US has around 770 million acres of rangeland, which is about a third of the entire country’s land. That land was, at some point, not rangeland, and there are still plenty of animals whose territory overlaps that of the rancher. To find out how, in one example, the domesticated and wild animals interact, researchers from UC Santa Barbara went to space.

Well, sort of. There’s no easy terrestrial way to map the precise movements of cattle in the sort of rangeland that also hosts other animals, so the researchers had to rely on satellite imagery—poring over high-definition photos taken by orbiting satellites to count cows.

In this particular case, the researchers were looking at the interaction between cattle and wild elk in Point Reyes National Seashore. These elk—tule elk, to be precise—used to be extremely common in this part of Northern California, but hunting and incursion by rangeland decimated their numbers. From 500,000, the tule elk were thought to be extinct at one point, until a breeding pair was discovered and carefully tended to. Today, there are around 5,700 tule elk in the wild, all in California.

Using a combination of satellite imagery and tags on the elk, the researchers found that, essentially, the elk avoid the cattle. There isn’t always a ton of edible ground cover for either the elk or the cattle, especially during fire season, but the elk, it seems, try to find foraging spots away from the cattle.

This kind of research is fairly unusual, but, hopefully, it will become less so if there’s an established way to do it. Cattle are perfectly capable of spreading disease to wild animals, which is a distinct risk in a situation such as Point Reyes, where there’s a precarious wild population.

I wonder why those CA elk were studied. Here in CO cattle and elk are often together. Some herds of elk regularly attend horse feeding to steal hay in the winter. A local rancher had a yearling bull elk live with his cattle and even load up on semi trailers to move the cattle to summer range. Must be a CA thing.