This Modern Farmer Grows Her Heritage 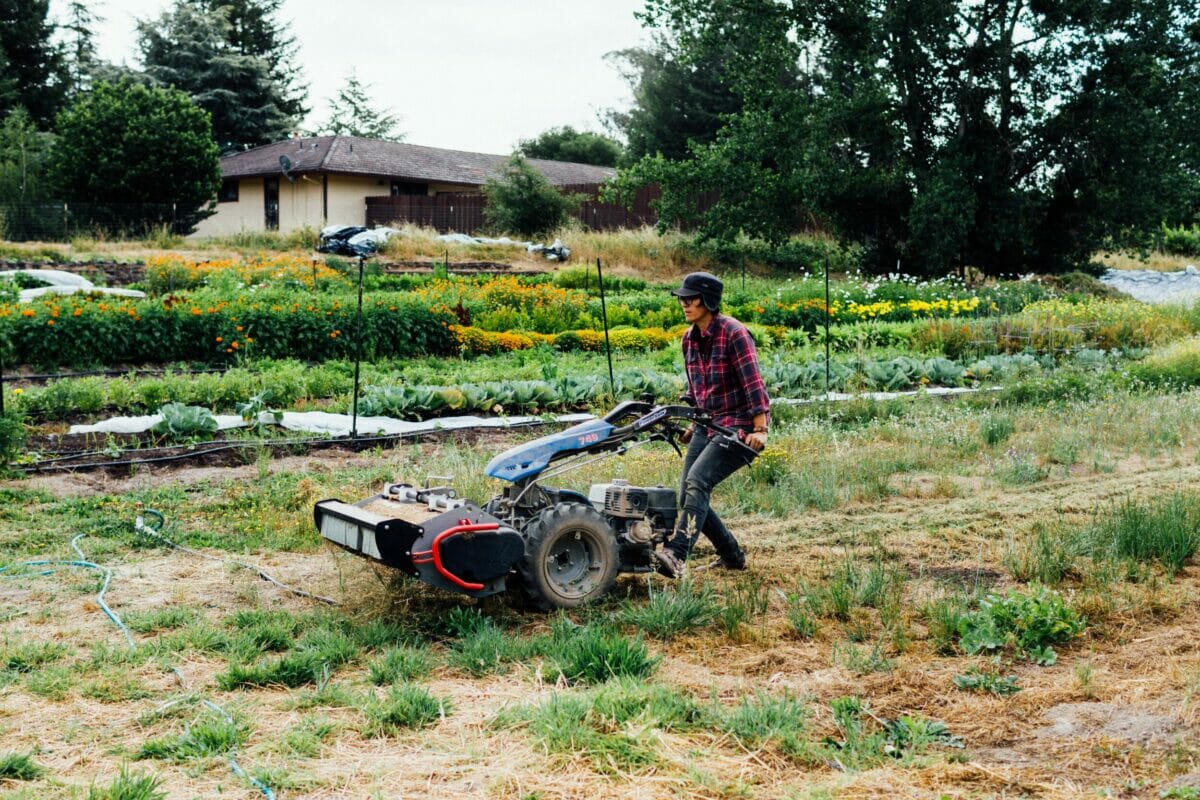 For many growers, farming is a part of their identity. But, for Leslie Wiser, it goes even deeper than that—her identity is also wrapped up in what she farms.

Wiser started Radical Family Farms in 2019 as a way to explore her heritage and help other Asian-Americans explore theirs through food. Heading into her third growing season with partner Sarah Deragon, she primarily grows vegetables that come from her Asian and German-Polish Jewish heritage on 1.5 acres in Sebastopol, California. This includes ingredients such as bitter melon, Chinese bald head mustard and Southeast Asian herbs that many of her customers—from chefs to immigrant families—had been unable to find in the United States, where only 0.7 percent of the country’s 3.4 million producers identify as Asian, according to the 2017 USDA Census of Agriculture.

This was true for Wiser’s own family, too. Growing up in the Midwest, her Taiwanese mother and Polish grandmother didn’t have access to many of the ingredients they needed to cook the traditional dishes of their homelands, so Wiser was unfamiliar with most of the vegetables she now grows.

She first became interested in farming as an undergraduate student at Indiana University when a professor connected her with an internship on a farm in Alaska through an organization called ATTRA. The group provides technical assistance to farmers working in sustainable agriculture. She then went on to pursue a master’s degree and career in digital marketing. It wasn’t until the birth of her first child, now nine years old, that she realized she wanted to return to farming.

“I kind of forgot I had that job [in farming] until I had my kids,” Wiser says. “I wanted a different lifestyle raising kids. I wanted them to know where their food comes from.” This included the cultural roots of their food, which Wiser calls identity farming.

A trip back to Taiwan gave her the idea of growing Asian heritage vegetables and she started helping out in the school garden where she enrolled her children in preschool.

She gathered her seed list from family members by asking both sides of her family what vegetables they wished they had better access to, then ordered the seeds from Kitazawa Seed Company, an Oakland-based company focused on Asian vegetables, with, she says, “really good growing instructions.”

Wiser learned more about these heritage vegetables, including their Chinese names, from The Chinese Kitchen Garden, a book by Wendy Kiang-Spray that she now asks everybody who works for her to read. Wiser uses what she calls “beyond organic” regenerative agriculture practices, such as no till and other skills she learned from her season in Alaska and in workshops.

She is also learning along the way. Growing Asian heritage vegetables sometimes requires modifying the season in which some of them can be grown because of the different growing climate of Northern California compared to the hotter and more humid regions from which they tend to come.

“It’s a continual learning process with a lot of trial and error,” she says and adds that she’s made friends with other Asian farmers and learns from their experience. 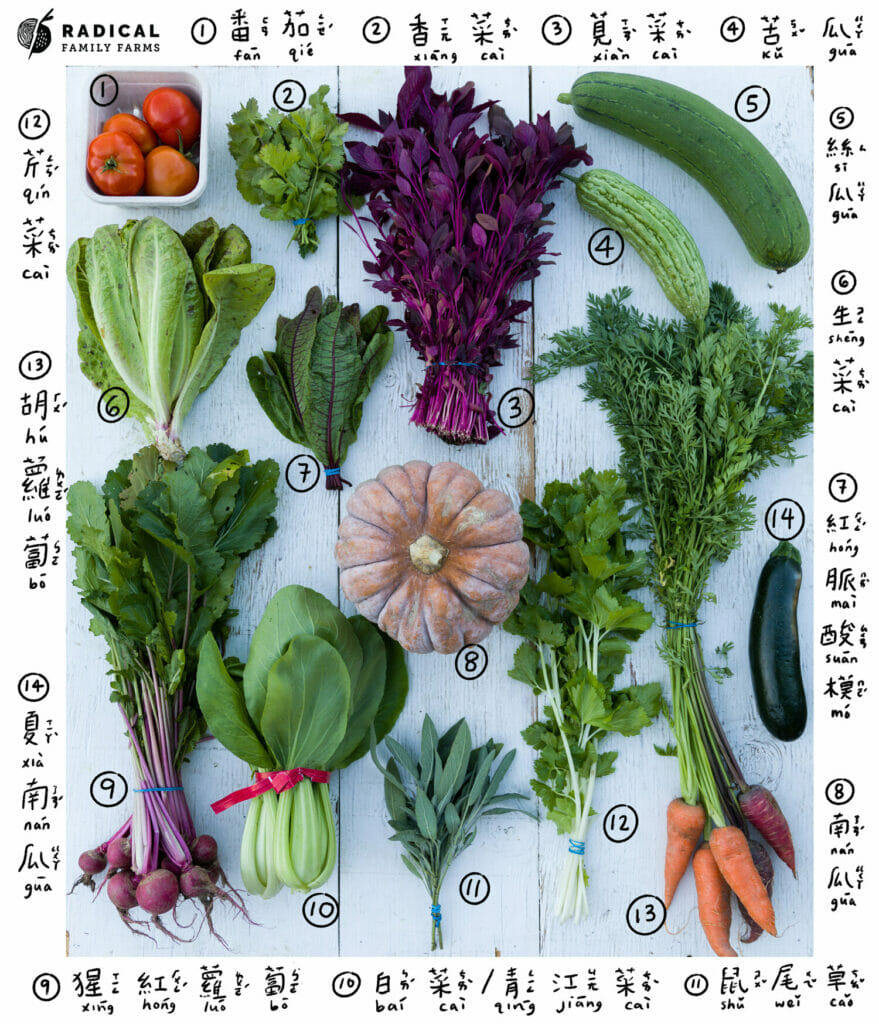 Wiser takes extra steps to help her customers learn more about the vegetables, giving background on each and labeling them in both Chinese and English. The Chinese labels include traditional Chinese characters, the sound-based writing system of Zhuyin (also called Bopomofo) and Pinyin (the Romanization system for Standard Mandarin Chinese).

When the farm began in 2019, they sold to a mix of chefs and Community Supported Agriculture customers. The pandemic caused the farm to shift its business more to a CSA model, and they ended last season with 150 members, up from 30 the previous year. This year, they’ll continue mostly with CSA members, some chefs and possibly a farmers’ market.

Wiser is also piloting a food-access program this year, in which the farm will donate 10 CSA memberships to community elders in need. Funded by a grant, Radical Family Farms will offer “culturally relevant food” to Asian elders, as well as disabled and immunocompromised members of the Asian-American community, who may not have much cooking experience with some of the foods they received through other aid.

Correction: April 1, 2021
An earlier version of this article misstated that Wiser’s pilot food-access program happened the previous season. She is in fact running it this year.