A Community of Plant Parents Grows in Confinement

Plant heads have adopted many new green babies over the last year. 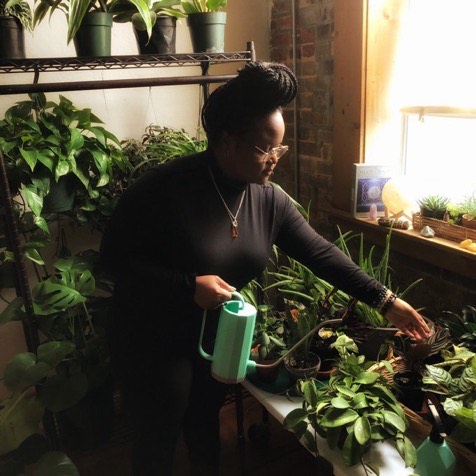 In May 2020, Fernanda Meier walked into a nursery to buy a few plants that would be hard to kill. The Dallas social worker had started the pandemic with just one lonely plant and wanted to purchase some new friends.

She walked out of the nursery that day with a couple of succulents and a snake plant. Two weeks later, she returned and bought more. She then returned again and again until her plant collection swelled to nearly 80 plants.

“My apartment is now a jungle,” she says.

Meier and many others have flourished into proud plant parents during the pandemic, adopting plant babies to care for and spend time with when contact with humans has been limited. Nurseries and garden centers have seen boosts in sales of houseplants as those largely confined to their homes have sought to add some green to their immediate surroundings.

The pandemic started at the beginning of what is usually garden centers’ busy season, and many successfully pivoted to create online stores. They couldn’t have walk-in customers in those early days, but they found that many people kept buying plants. The houseplant industry has been experiencing a boom in recent years, but garden center owners say things really took off during the pandemic.

“When people started working from home, the desire to green up their spaces became something that was important to them,” says Gina Pellino, a manager at the Chelsea Garden Center in Brooklyn, New York. “We’ve heard from many customers that, instead of traveling, they stay-cationed and that money went into making their homes more of an oasis.”

Past research has shown that gardening, plants and generally being close to nature can be beneficial for mental health. And houseplants have been particularly good for those confined to their homes during the pandemic, a recent study suggests. This international study found that houseplant ownership during the pandemic correlated with positive emotional well-being for housebound plant parents. Researchers sent out a plant questionnaire and received answers from more than 4,200 people around the world. Amost 74 percent of respondents agreed that having some kind of vegetation inside their homes contributed to their state of mind in a positive way during the pandemic. Luis Pérez-Urrestarazu, one of the study’s authors, says a big problem for many people living in cities during the pandemic has been that it’s been harder for them to connect with nature. He points to the psychological impact of owning plants but also more quantifiable benefits such as the fact that they can improve the air quality of a room.

Pérez-Urrestarazu says there isn’t such a thing as too many plants, and that, in fact, the opposite is true. But his opinion comes with the caveat that he owns a lot of plants. “I am one of those [people] that have a jungle at home. Sometimes, my wife says if you get one more plant, I’m leaving,” says Pérez-Urrestarazu, who is a professor at the School of Agricultural Engineering at the University of Seville.

For Meier, who has worked as a contact-tracer during the pandemic, witnessing the growth of her houseplants makes her happy, but it also gives her something productive and positive to focus on. Even on days when she doesn’t feel like getting out of bed, she is compelled to get up to water her plants. She says they have provided routine, purpose and structure, after she felt listless and lost in the early weeks of the pandemic. Meier says she feels similarly about her plants as she did about her dog, which died in early March. She takes care of them, and in a way, they take care of her.

“They all have their own little quirks, grow at different rates, and all offer something different,” she says. “But each of them takes my mind off this ridiculous situation we’re living in. So I appreciate them.”

As she lives in Dallas, Meier lost power in her home earlier this month, but only five of her houseplants died in the cold temperatures. On the second day of the blackout, she created a makeshift greenhouse in her bedroom, using garbage bags and mailing tape. She covered all of her windows with blankets and sheets, and bagged the taller plants, moving them closer inside where it was warmer. 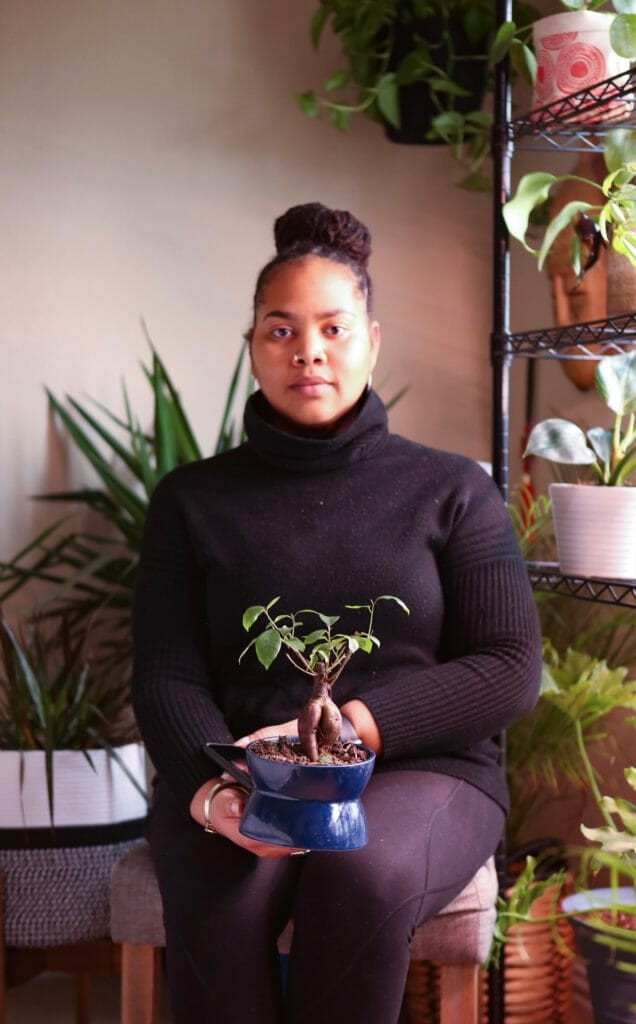 It’s common for plant parents to talk to their green babies and give them names. Pérez-Urrestarazu says more people have started to interact with their plants as they would a pet or another human. For Meier, reading out loud to her plants in the morning has become a bit of a ritual, and she fittingly named a couple of her ZZ plants ZZ Top (after the legendary rock band) and ZZ Bottom.

Every time Jai Williams brings home a new plant, she has a naming ceremony. She sits on her yoga mat surrounded by her plants, and introduces the new potted friends to the older ones. To determine names, Williams will look at the new plant’s species and region. She’ll then go online and find names from that region. “Then I might pick a few names and call them out to the group, and then whatever they respond to, we select that as their name and everyone is happy and claps,” says Williams, who is a photographer based in the Mississippi Delta. “We also choose what gender they want to be. I know that sounds so weird, but female, male [or] non-gendered.”

Williams bought her first pandemic houseplant in July 2020, and she eventually amassed dozens more as they thrived. She now has more than 35 and has started devoting every Sunday entirely to taking care of her plants.

Sara Costello, an actor who lives in Chicago, says she talks to her plants a lot. She has been a plant mom since 2017, but she says her collection has “gotten a little out of hand” during the pandemic. She owns around 35 plants now and she talks to them as she goes around to check on them. She speaks sweetly to her smaller plants and mostly gives them “motivational talk.”

Around the holidays, Costello says she became jealous of all the beautiful Christmas cards she was receiving from couples or people who have dogs and families. So, one day, she decided to make her own Christmas card. “I thought ‘I have a beautiful collection of plants. I’m jumping up on this counter and we’re taking this Christmas card,’” she says. “I’m so proud of how it turned out. They’re very photogenic.” 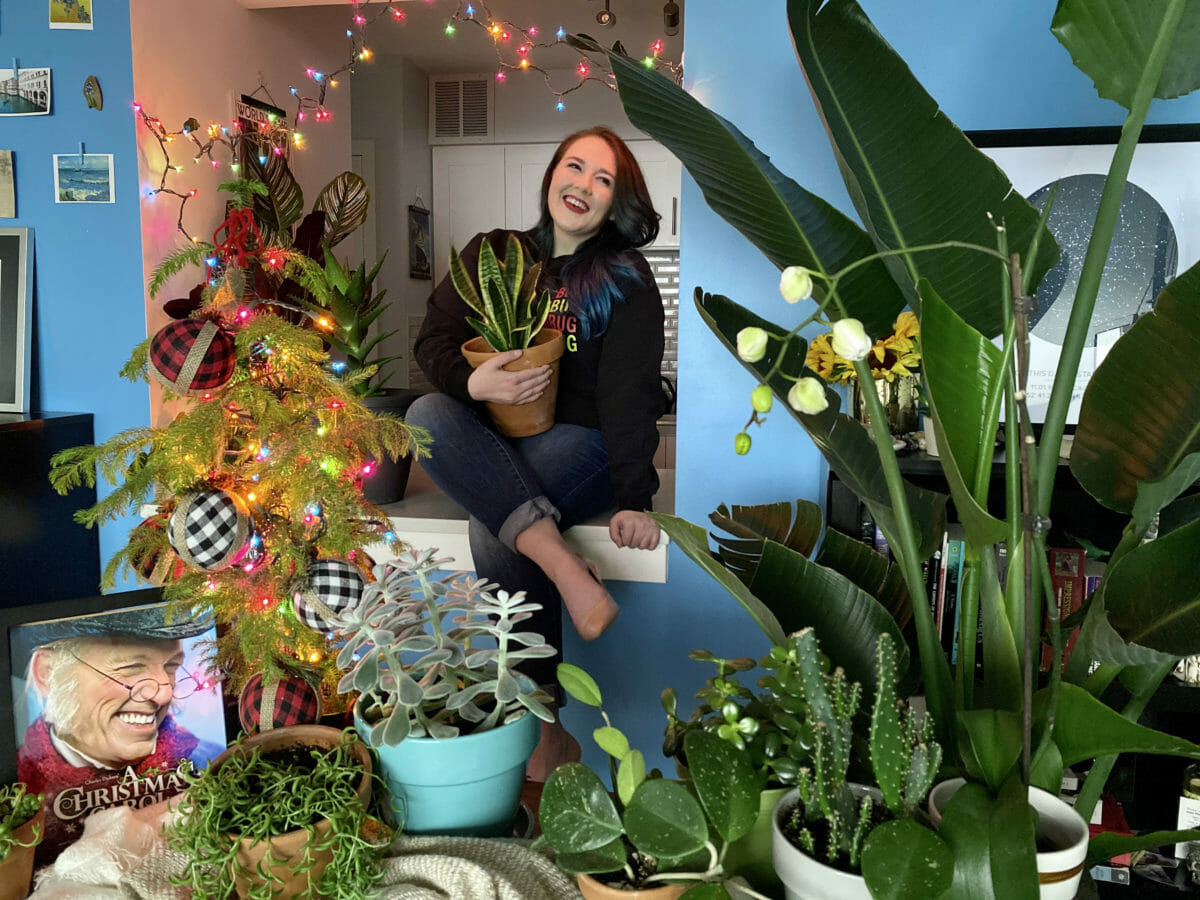 Plant parents get a lot of joy from taking care of their plants and watching them thrive and grow. But it also has given them a new way to connect with the people in their life, as well as strangers. Meier says she didn’t realize her parents were such plant lovers until she started sending them photos of her own houseplants during the pandemic. But not everyone in her family is as impressed by her plant collection. She says her sister has tried several times to hold plant interventions with her to convince her to stop buying more plants, but they have all been unsuccessful.

Plant parenthood has also given people a sense of community with strangers online. Many new plant parents have connected through social media, where they’ll share tips, questions and photos of their plants. Meier says the experience has introduced her to non-traditional plant parents who probably wouldn’t have even thought about owning plants before the pandemic, let alone 80 of them.

“It’s like I’ve found a whole new world with plants,” says Meier. “Becoming a plant parent is awesome in and of itself, but there are also a lot of different ways that has exposed me to other people and has still allowed me to develop a sense of community, being completely away from everyone in the world.”