Hmong Farmers Find Their Own Land in Minnesota

They came to America as refugees and want to build intergenerational wealth. 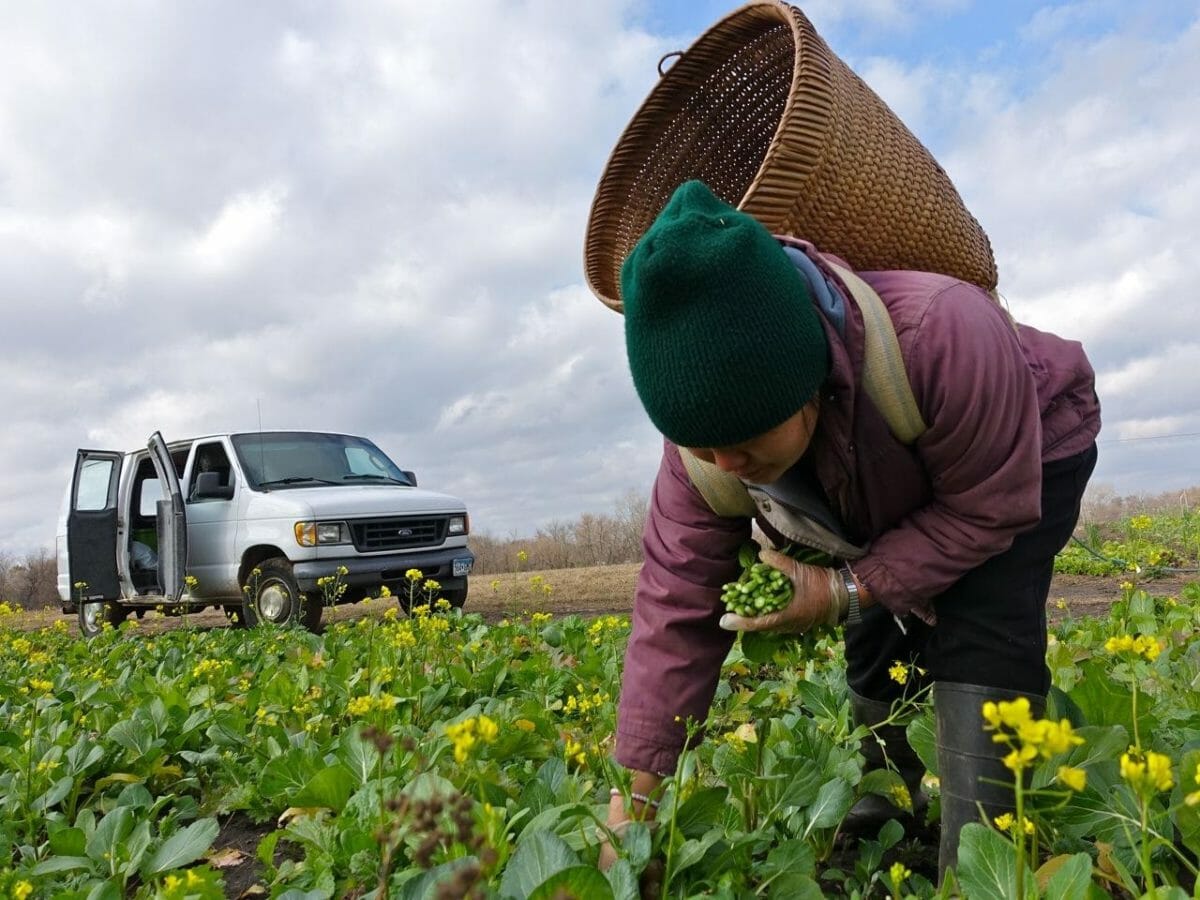 A trip to a farmers market in Minneapolis or Saint Paul, Minnesota may seem similar to one anywhere with a vibrant local food system. But taking a closer look at the produce on display will reveal something special.

In addition to run-of-the-mill fruit and vegetable varieties, bok choy, Thai chilli peppers, peanuts and mustard greens are common offerings at these markets. They are grown by the region’s Hmong population, an ethnic group native to Southeast Asia and southern China. Many Hmong people immigrated to the United States as refugees during and after the Vietnam war and started farming in the Twin Cities region. They have been familiar faces at the area’s farmers markets as vendors ever since, and the region is now home to the largest concentration of Hmong people in the country, according to the Minnesota Historical Society.

“For Hmong people, farming is central to living. It was the skill for survival they brought to the US, “says Janssen Hang, co-founder and executive director of the Hmong American Farmers Association (HAFA). “ They love feeding their community and they have been such an integral component to the local food economy, revitalizing the sector.”

Hang says that Hmong farmers represent more than 50 percent of produce growers in Saint Paul and Minneapolis farmers markets. Despite this, he explains that the population has faced and continues to experience a number of barriers and discrimination. Long-term, affordable land access has prevented them from further developing their businesses into more sustainable, profitable operations.

This year, that will change for about 100 Hmong farmers who are part of HAFA. The non-profit organization plans to purchase a 155-acre plot of land 15 minutes outside of Saint Paul with $2 million in financial support from the state.

For the past six years, HAFA has been leasing that land and its member farmers had been growing crops on it. However, Hang says that there was always lingering uncertainty over how long they would be able to stay on the land and how they might secure another space with land already scarce in the area.

Hang says the farming group must come up with an additional $500,000 to cover the total cost of the land. HAFA has launched a campaign to fundraise the remainder before making the purchase.

The HAFA farm currently grows more than 162 varieties of fruits and vegetables that families sell through farmers markets, CSA, restaurants, schools and wholesalers. Member farmers, who pay an annual membership fee, can choose to sell the produce independently or through the HAFA’s food hub, which secures contracts, based on what farmers are producing and where they would like to sell it.

Farm manager Dao Yang says ownership of the land will allow families to grow more perennial crops such as strawberries, asparagus and rhubarb, which are easier to maintain and more profitable. In years past, he says, farmers shied away from doing so because it involves more long-term planning and takes a few years to get a good harvest out of the ground. He says a lot of farmers have told him that they are hoping to invest in higher-quality equipment that will streamline certain processes.

“I think this land purchase will really change the way many farmers see themselves and their farm operation by giving them the confidence to move forward,” he says. “It’s a spot for a foundation to create something that gets better and better.”

Yang plans to offer a number of training sessions on practices for planting and tending to new crops such as cherry trees so that member farmers can easily introduce them into the local food and farmers market scene. The group also hopes the farm can be somewhere to showcase how the Hmong people grew their crops in the mountains of northern Vietnam and Laos before settling in America.

For Hang, who founded HAFA with his sister a decade ago, it’s reassuring to know he’ll be able to give his community some tools to build intergenerational wealth. He says giving Hmong farmers a permanent place to grow their crops will also be better for the whole Twin Cities region by strengthening its economy and local food scene.

The Hmong farmers should reach out to the company owner of Saricha hot sauce, He is a self made millionaire .He came here with a recipe as a Vietnamese immigrant. I am sure he could help

Every farmar make smile in earth. This is happy in world. But know boday funding anywhere….. It very bed because we ar eresponceble…