What’s Going on With All These Farmer Protests in India? - Modern Farmer
Politics

What’s Going on With All These Farmer Protests in India?

It’s complex, and the latest in a long line of farmer protests in the country. 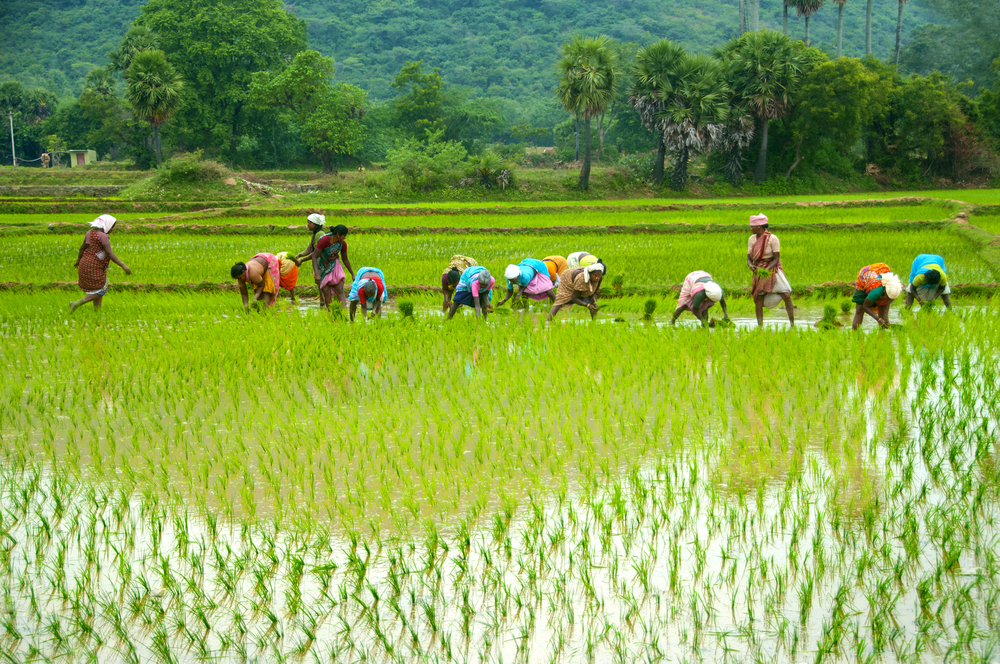 A massive series of protests in response to farm bill changes in India have made waves well outside that country.

That’s partly due to the huge number of Indian diaspora, some of whom waged satellite protests. (One of those involved driving a John Deere tractor in front of the Indian consulate in San Francisco, California.) This particular protest deserves delving into, but we also need to place it in context.

In September, India’s Parliament crafted three agricultural commodity bills, which were shortly signed into law. Those bills involve the Food Corporation of India, FCI, which is a government program that buys rice and wheat from farmers at set prices and then sells them, heavily discounted, to the poor. The fact that the FCI (which doesn’t itself make decisions, rather carrying out what the government says to do) guarantees prices means that it’s extremely attractive for farmers.

But it also costs billions of dollars per year, and is so enticing to farmers (who would ordinarily be forced to compete with gigantic international corporations on the national and world markets) that FCI ends up buying between 15 and 20 percent of India’s wheat and 12 to 15 percent of the country’s rice. This leads to surpluses that the government has trouble maintaining. The crops are expensive, the storage is expensive, and given the fixed prices, the government also can’t export surpluses at a profit. Around 2014, when Narendra Modi became prime minister, the Indian government started trying to figure out how to, well, not do this anymore.

But India’s infrastructure and governmental support systems are not nationally consistent, which means that some states take much greater advantage of the program than others. The northern states of Punjab and Haryana sell a massive amount of rice and wheat to the government; many southern states, though some do produce a significant amount of these crops, aren’t covered as fully due to inferior infrastructure.

This has effectively meant that farmers in the north simply get better prices, and guaranteed prices to boot, compared with southern farmers. But the protest started in those northern states, and was met with a combination of brute force and propaganda. Hundreds of thousands of farmers created caravans to head to Delhi. Right-wing Indian press and representatives claimed, with little to no evidence, that there was a connection between these protests and the Sikh separatist movement, and possibly foreign governments. Protesters were hit with water cannons and tear gas, and braved very cold weather to protest in major cities.

But this protest is also representative of years of unrest in Indian agriculture. Somewhere around 70 percent of Indians depend on agriculture directly, but agriculture only makes up 15 percent of the country’s GDP. Productivity has been slowing for years; there’s a glut in some crops, driving down prices, and poor storage infrastructure means a great deal is lost. Prices are sometimes truly psychotic; at one point, onions were selling for a penny a pound. Some newer crops require more water than parts of India have to give. Loan systems left millions of Indian farmers in crushing debt with no way out—besides suicide, which has been a persistent issue in India over the past few decades. Roughly 10 farmers per day commit suicide in India.

Of the hundreds of smaller farmer protests each year in India, some have been more significant.

In 2012, sugarcane farmers in Maharashtra protested low prices for raw sugarcane compared with profits from the sugar producers. Those producers, the farmers said, had ties to local government officials, who wanted to keep sugarcane prices low.

In 2015, thousands converged on New Delhi to protest the general state of Indian agriculture. The major issues: land being seized for private industry; rising debt; increased costs of operation; and decreasing support (and subsidies) from the government. In short, agriculture was simply becoming less and less viable, especially for smaller farmers—and 68 percent of Indian farmers own less than one hectare of land.

At its core, the clash over Indian agriculture is both sides—the right-wing central government and the rural farmers—understanding that the industry is completely untenable. The government wants to address those issues by opening Indian agriculture up to the free market; the farmers want significantly more government aid and regulation to ensure their survival. Farmers believe that the free market will actually place power in the hands of corrupt local officials, big business, and middlemen who will drive prices so low as to make small-scale farming impossible. The government says these changes will allow farmers to sell to whomever they want, not just the government itself, and that the free market will solve these issues.

Economists don’t necessarily agree with the government’s position. Many have said that the Indian government should, as the farmers want, expand the social safety net, simplify the subsidy system (perhaps simply giving cash to rural Indians), and create more sustainable systems like farmer-owned cooperatives. And in the longer term, they argue the government will need to shunt people off of the land and into manufacturing, as China and other countries have done.

These 3 laws create a whole host of problems. India has one of the most fertile lands in the world, even more fertile than California could dream. But the Indian farmer is one of the poorest in the world. Unlike the Californian farmer whose land is one of the most expensive, the Indian farmer sits on land that is fertile and in some areas rich in natural resources but dirt cheap. All the farmland is near forests and jungles, which rank 2nd to Africa in diversity, creating a set of problems that global warmers & environmentalists have a direct say.… Read more »

These laws have a potential of transforming India’s food industry into an American version of vast agra farms, trucked to storage centers and sold to companies finally ending in Grocery food chains where every shelf is identical to any other grocery food chain. For produce to be fresh it is harvested when the fruit or vegetables are unripe. It is a common factor in America to buy tasteless fruit. Tomatoes are exposed to a gas in order to get that red color and they are tasteless. The quality of food is expensive. The cheapest food is full of empty calories… Read more »

These laws will hit India’s medical system of Ayurveda, Unani and Siddha. All three medical systems rely on farming where a vast number of medicinal trees, bushes, perennials etc are grown to meet the medical demands of each region and they differ depending what plants can be grown . There are crops grown to meet Temple needs and religious issues. All that could go under this system. Unani is based on what you eat as a method of curing health problems like Diabetes, high blood pressure or even potential cancers. Same with Siddha which is a South Indian medical system.… Read more »

The Sikh Farmers have been conned,by the Brahmin/Bania vermins,of the GOI – just like their “Gurus” were conned by the Brahmin/Banias,500 years ago – to wage war,against the Mughals.  It took the Sikhs 73 years to awaken,and it is too late,as they have still NOT raised,the key issues.dindooohindoo The Indian Con Job The GOI claims to have a MSP – a Minimum Support Price,for just 2 crops,in some states of India – with no minimum offtake per farmer,and with a cap,on the overall value,of procurement.This has been on for 73 years. In the early years,India had a food shortage – and… Read more »