Corn Yields Are Up, But More Vulnerable to Drought Than Ever: Study

And droughts will probably be increasing in frequency. 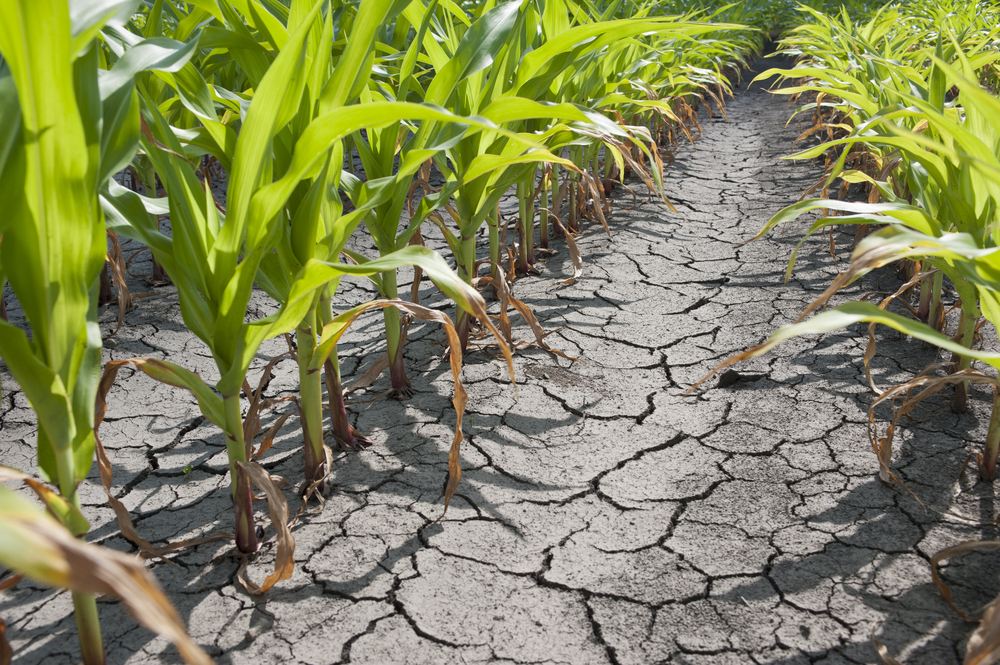 Corn yields have set records in five of the last seven years, which should mean promising days ahead for one of the country’s most important crops.

But a new study from Stanford University examined granular detail on those yields, and found something that looks more alarming with drought frequency increasing: corn crops have actually become more sensitive to drought.

The researchers involved in the study investigated water retention in soil across the nine major corn-growing states, looking at those figures in enough detail to even see differences within individual counties. They found that between 1999 and 2018, sensitivity to the amount of water stored in the soil rose by 55 percent, on average.

Those numbers can be found because corn, like some other crops, produces a greater yield when the soil can store more water. In the areas that have experienced greater drought over that period, yields compared with water storage were a cause for concern—significantly higher than that 55 percent average. In other words, while corn crops are producing plenty, as a whole, they seem less able to cope with dry soils. And dry soils seem an inevitability.

The fact that yield overall is up doesn’t mean that there isn’t cause for concern, according to the Stanford researchers. They propose a few possible explanations for the combination of high yields and high drought sensitivity. One is simply that other factors besides this drought issue have boosted yields far higher—say, better capabilities to deal with pests. Another possibility is that, with these new capabilities, farmers are planting corn more densely than before.

Those changes, the researchers say, may be helping yields now, but the current conditions may soon be looked at as the good old days. If drought significantly increases in intensity and frequency, suddenly those changes may not balance out the danger of lower yields—and lower yields may come.

“And dry soils seem an inevitability.” A completely unsubstantiated claim.