Some agritourism has gotten a bit of a bump during the pandemic. 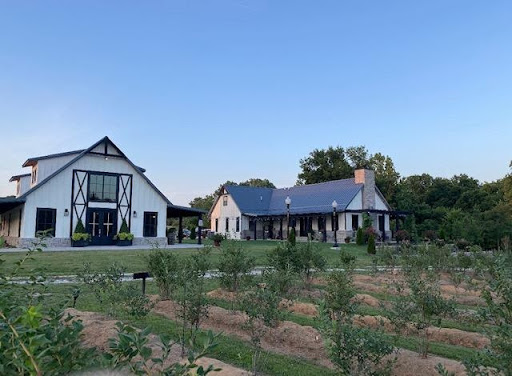 Rosete Family Farm has been the place to be amid COVID-19.
Photography courtesy of Kristin Rosete
Share
Tweet
Pin
Email
602 Shares

The global pandemic has been less than ideal for those hoping to explore a faraway place this summer.

Gone are the days (at least at the moment) of hopping on a plane in order to experience new culture and soak in fresh sights. The pandemic has hit pause on the majority of non-essential travel and required Americans to think about what’s worth exploring in their own backyard.

This has been a silver lining of the pandemic for many farms that provide farmstay getaways and other agritourism opportunities. Kristin Rosete, the owner of Rosete Family Farms in northwest Arkansas, says people have been flocking to her property since May and business has never been better. Her bookings for farmstays have increased by 150 percent since the end of April until early November in comparison to the same time last year, she says. There has hardly been a day that she hasn’t hosted a guest. The farm, which grows 21 different varieties of blueberries, ran out of the crop much faster than in normal years, as people kept coming back to the farm for more. This caused the U-Pick season to be cut short from its usual six weeks to three weeks, Rosete says.

“People are hungry for an experience and an atmosphere for them to actually have joy, peace, serenity, happiness, connection,” she says. “People who visit keep telling me ‘I’m so tired of looking at the same four walls.’”

Experts in the national agritourism industry say that Rosete’s situation is not uncommon. Stir-crazy urbanites looking to escape the city are opting to venture to family farms for socially distant summer activities or a safe vacation.

Kim Sisco, president of the NAFDMA International Agritourism Association, says the trend of visiting or vacationing on farms has been strongly observed more so in states or counties that have fewer restrictions and loosened lockdowns. She says people have also made the trek to more relaxed neighboring states or counties in order to be on a farm.

“People are realizing they have great local events that are happening right next to them and where they have produce and meat and dairy and eggs that are right here in their own community,” she says. “For the farmers, that’s refreshing.”

Types of attractions like U-Picks, farm stays, tours and excursions that allow people to explore and learn about where their food comes from have been particularly popular, she says. On many farms, they’ve also seen a surge in curb-side pick-up as more people are seeking out locally grown food. Sisco says this support has been especially helpful to the many farms across the country that had to shut their doors at the beginning of the spring.

This rings true for John Govin. Govin, owner of Govin’s Farm in Wisconsin, had to close his farm due to the pandemic in March, during lambing season. This prevented him from hosting roughly 15,000 people who usually come to visit the farm and hold baby lambs, sheep, pigs and goats for all four weekends throughout the month. Normally, this would cover 60 percent of his operating costs.

He’s since experienced a 40 percent increase in customers for his strawberry U-Pick season during June and July. It was so busy, Govin says, that his farm had to close every few days so that berries had time to ripen to keep up with the steady stream of people.

“That’s something I haven’t experienced on this farm before,” he says. “I talk to an awful lot of customers that said ‘we don’t normally pick but we’ve got time.’”

Govin says this boom has certainly helped him offset some of his lost costs. He has been looking for ways he can ensure he’ll be able to hold activities and events on his farm in the fall with social distancing measures.

Agriculture economists who have been following the increased popularity of agritourism during the pandemic say that this could become a long term trend.

Dawn Thilmany, an agriculture and resource economics professor at Colorado State University, says it’s quite likely that people will continue to take advantage of what farms have to offer as long as travel is restricted. Beyond that, farmers need to do the work and listen to what the consumer wants.

customers,” she says. “This is where you convince them this is something that actually would be cool, even if you weren’t constrained.”

Thilmany says the increased interest could drive a lasting local food movement, in which people support the small and medium farms in their area. But this again, depends on the efforts of local producers and begs the question of whether or not agritourism is among the land-based trends that are here to stay.

Although the reason for increased interest in farm agritourism is awful and it shouldn’t take a pandemic to get us to this point, there does appear to be increased interest in what we have to offer on our farms. Many of us have been affected by closed channels and thus have pivoted to deliveries and farm stands (like the ‘olden days’!). Many of us who cancelled our guests’ reservations this spring due to Covid are finding our rural, remote lodging filled through the summer and already into fall, with new protocols but still lots of space to roam free and… Read more »

Thanks for the article and I can attest that we have seen an uptick in buyers looking to move out of the city and do some kind of little hobby farm.