This Farmer Wants to Return Our Bodies to the Land - Modern Farmer
Environment, MTMF

This Farmer Wants to Return Our Bodies to the Land

Suzanne Kelly’s day job as a farmer informs her side gig: advocating for the grassroots green-burial movement. 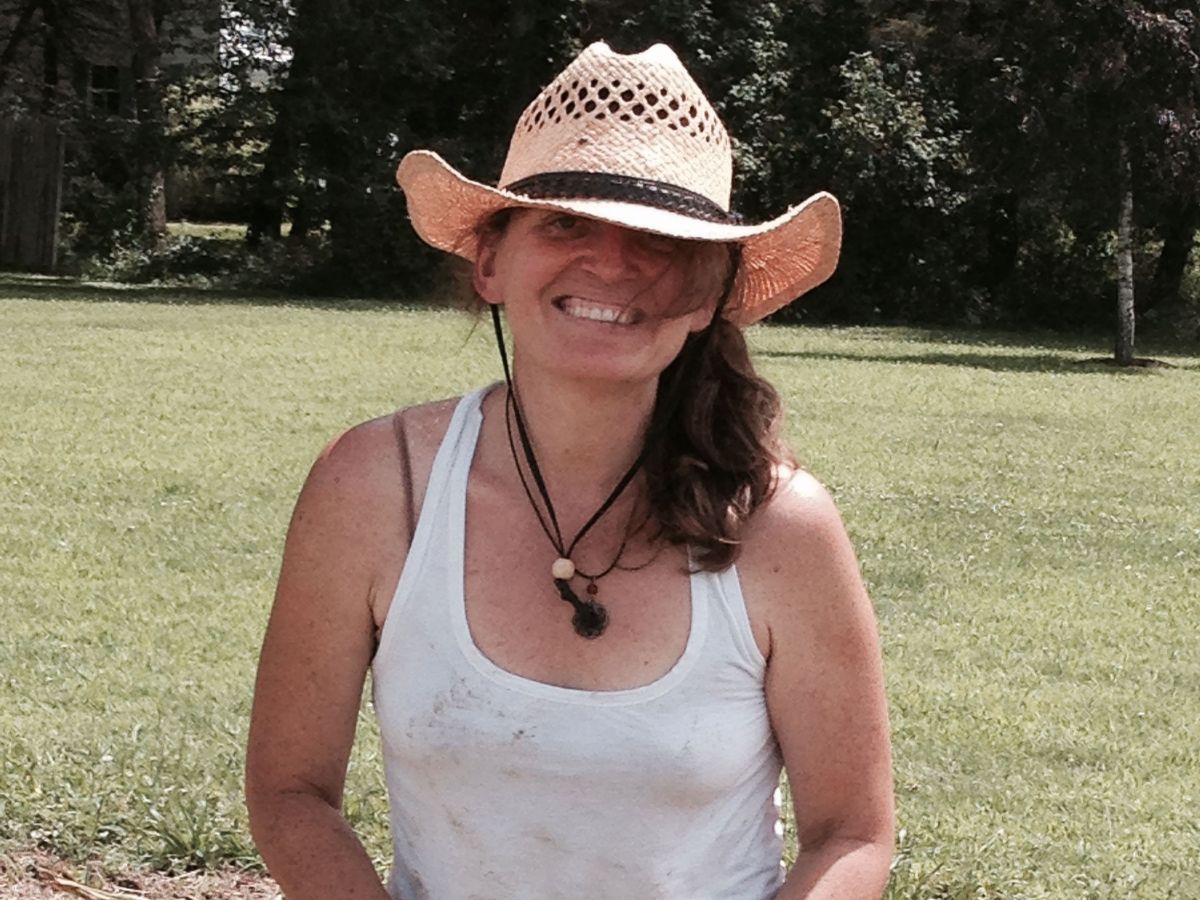 Suzanne Kelly digs in when it comes to dirt. She reflects on the insects and microbes that cause the process of decay. She talks about how what we dismiss as “dirt” is actually soil whose fertility grows through the decomposition of all living things that have come before. “Soil is life,” she says.

Her love of soil drives and connects Kelly’s dual roles: She is both a regenerative farmer and a green-burial advocate. Seventeen years ago, Kelly returned to the Hudson Valley from Florida, where she attended graduate school. She and her siblings grew up on a farm near Rhinebeck, N.Y., and their family raised chickens, pigs, turkeys, cattle and sheep. In 2013, Kelly left her job as a women’s studies lecturer to farm. This time, Kelly wasn’t up for livestock and chose garlic as a doable crop.

Her operation, Green Owl Garlic, now produces more than 15,000 heads of garlic annually. Kelly has also been branching off into profitable, in-demand herbs—turmeric, saffron, ginger—and other hardy crops such as fingerling potatoes and ornamental gourds. She also plants cover crops such as buckwheat, and this year she plans to take her farming practice from low-till to no-till. She says her big goal is to enrich the soil.

The same impulse has drawn Kelly toward green burials, which she discovered after her father died in 2000 (and she wondered what all the funeral trappings were for). The natural burial movement calls for interring bodies in simple pine boxes or biodegradable shrouds. It leaves out the non-biodegradable caskets, concrete vaults and toxic embalming chemicals that are standard in many conventional American burials. Advocates also point out that cremation, while lower-impact than conventional burial, is still resource-intensive, and burning bodies can be polluting.

For centuries, American pioneers often buried their dead on the back 40 (the back side of the farm). Kelly studied that history in 2015 and wrote a definitive book on the country’s natural burial movement, Greening Death: Reclaiming Burial Practices and Restoring Our Tie to the Earth. Locally, she also helped establish the Rhinebeck Green Burial Ground and now serves as her town’s cemetery administrator.

Kelly isn’t necessarily advocating for bodies to be buried on farmland today. But she sees both farming—particularly regenerative farming—and green burial to be part of a broader American rethinking of how we use and care for the land. “I think that the connections are really about how we live on the land with least impact. When I’m thinking about the land, I’m always thinking about the soil,” she says.

Kelly says there is a common cultural perception that soil is just dirt and doesn’t have any value. “The same thing is true for farming,” she says. “We’ve denigrated dirt—extracting and depleting and allowing erosion. Both practices are trying to reclaim the soil.”

Correction: An earlier version of this story incorrectly stated that Suzanne Kelly left her job as a women’s studies lecturer seventeen years ago. She left this job in 2013. We apologize for the error.

Given her dedication to green burials, sooner or later we’ll get the dirt on Suzanne. LOL. (Preferably much, much later).

It’s heartening that a discussion of this topic is entering the national conversation. It’s wasn’t too long ago that even cremation was controversial (guess it still is for some religious beliefs)