New England Fishermen are Losing Jobs Because of Climate Change

A new study says there is a direct link between climate change and job loss in New England fisheries. 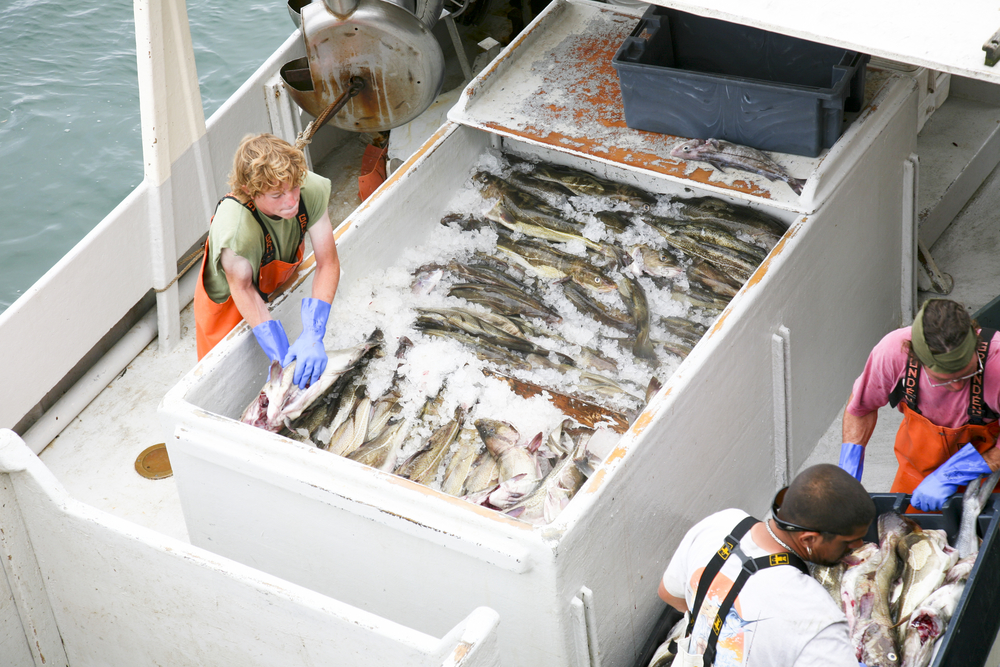 A new study has found that there is another significant threat to New England’s fishing industry other than overfishing: climate change.

The report, published this week in the Proceedings of the National Academy of Sciences, has found a link between the variability in climate and the number of New England fishermen who have lost their jobs. By comparing climate data with employment rates and fishing wages, the study determined that 16 percent of the area’s industry’s job losses between 1996 and 2017 were due to climate change.

“In at least one region, we now know that climate can also impact fish stocks and fishing jobs. And if it’s true in New England, we have to ask where else it might be happening,” says Kimberly Oremus, an assistant professor at the University of Delaware and the lead author of the study.

The National Oceanic and Atmospheric Administration has had to impose tight quotas on fishing in the waters around New England over the years, as certain fish stocks have been depleted, largely because of overfishing.

But climate change has also played a role in this depletion of fish populations, as fish have left these waters due to fluctuations in temperature. The study found this loss of fish from climate change resulted in revenues decreasing by 13 percent overall and the inevitable job losses that went along with that.

Oremus says it’s important for policy makers to take note of these findings, as the physical environment is constantly fluctuating and the New England fishery sector employs 20 percent of commercial fish harvesters in the US.

“We need to create policy and regulations that can respond quickly to changes to maintain healthy fish populations and stable incomes and jobs for fishers,” she says.

The University of Delaware professor adds that the next step in her research will be to find out if her findings need to be incorporated into fishing management and, if so, how.

The biggest issue is overfishing! And yes, no doubt the climate is affecting recovery of populations.

Popular
7 Smokable Plants You Can Grow That Aren’t MarijuanaBrian Barth
How to (Actually) Get Rid of Fruit FliesEmily Baron Cadloff
What to Do With an Abundance of PeppersShelby Vittek
Yes, the Government Really Does Stash Billions of Pounds of Cheese in...Emily Baron Cadloff
6 Differences Between Llamas and AlpacasAndrew Amelinckx
Explore Modern Farmer
Related
Food & Drink
Food Inflation Is Eating Up Grocery BudgetsShea Swenson
Environment, Plants
Making the Case for IntercroppingShea Swenson
Animals, MTMF
Paddleboarding Goats Make a Splash on Prince Edward IslandNoah Lederman
New Census of Agriculture to Survey Internet Access, Precision Agriculture and MoreEmily Baron Cadloff
wpDiscuz
We use cookies on our website to give you the most relevant experience by remembering your preferences and repeat visits. By clicking “Accept”, you consent to the use of ALL the cookies.
Cookie settings ACCEPT
Privacy & Cookies Policy