The public has until Dec. 2 to comment on proposed changes to the Origin of Livestock provision. 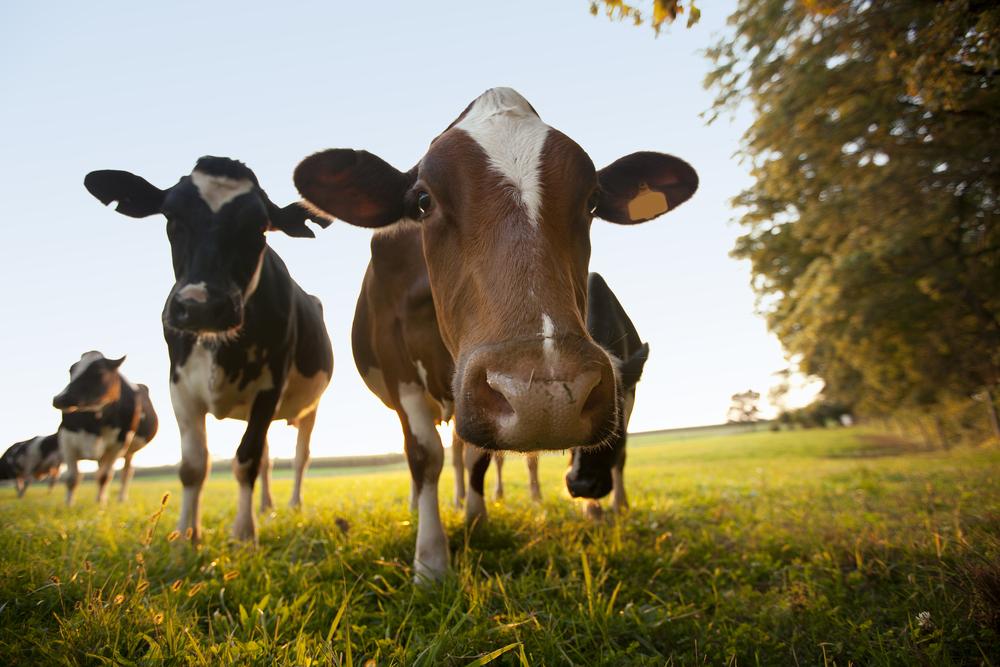 Ben and Chelsy Mesman began their journey in organic dairy farming more than a decade ago, but in recent years, they’ve had to stray from their passion and come up with other ways to sustain their farm.

Instead of milking cows, most of their days are spent focusing on operations such as selling beef, straw and barley.

“We’re not really grain farmers, but we’ve started to [get] more into grain farming. The dairy is almost a side thing now,” says Ben Mesman, whose farm is about a mile outside of La Conner, Washington.

The price of organic milk has simply been too low for the couple to make a living. Mesman blames the USDA’s Origin of Livestock provision, a controversial and loosely interpreted rule that small farmers say allows large industrial producers to create a surplus of cheap organic milk.

The rule dictates how long an animal must exist in an organic system before its milk can be certified as organic. It states that livestock must be raised organically since before birth. However, the rules have a one-time exception that allows for farmers to convert conventional herds to certified organic.

Some farmers and various organic farming organizations say that larger farms have capitalized on this rule by continuously transferring cheaper-to-feed conventional cows to their organic herds over a shorter period of time. This method has allowed for mass production in a way that cuts corners, saves cash and muddles the meaning of organic.

In 2015, the USDA proposed a rule change that would have done away with the loophole, but it wasn’t implemented. This month, the USDA re-opened a public comment period to allow for a second wave of feedback on the proposal. The comment period will be open until Dec. 2.

A USDA spokeswoman said in a statement that, since 2015, there has been a 38-percent increase in the number of American organic dairy farms. She added that the agency won’t be able to move forward with finalizing the rule without giving the opportunity for new farms impacted by the current rule to comment.

Organizations that represent small organic dairy farms have been pushing for the rule to be finalized since the USDA decided it wouldn’t do so after the initial comment period in 2017. Now, they’re hoping to see the changes realized in the next six to nine months, before the current administration ends.

“If we have to wait another two or three years… there will be a lot of impact on every size of organic dairy,” says Ed Maltby, executive director of the Northeast Organic Dairy Producers Alliance.

Maltby says the change must be made in order to bring stability to the supply side of the organic dairy market. He adds that closing the loophole would “maintain the integrity” of the organic seal, as different certifiers have been interpreting the regulations differently.

Re-opening the public comment period may have been a compromise, but some small dairy farmers like the Mesmans are optimistic, as the USDA didn’t start the whole process over again.

They just hope they won’t have to wait much longer.

“It comes down to providing a product that consumers want,” says Chelsy Mesman.  “We need to be wholesome in what we do organically and keep the organic supply true to organic.”

So far as I can see, “organic,” “all natural,” “free-range,” etc. etc. are simply marketing hustles, just another way to charge more in an industry where margins for conventional farm products are paper-thin. Moreover, I’m deeply skeptical of the supposed integrity of the certifying organizations.

So sad, America can’t play fair with the hardest workers of the land. Make America great again and bring back the “FAMILY” FARM !!!!!

How do we vote to make organic truly organic in the dairy industry & support small farms?

Great article except it doesn’t share how I as Joe public can respond or weigh in.

It seems the Mesmat’s are just another example of the little guy who plays by the organic rules being taken unfairly advantage of by the larger possibly corporate owned farms who use a loophole to the rules.

Shut the loophole and level the competitive playing field.

Stop cutting corners and take back original methods of organic farming and dairy. Don’t be in such a hurry to make money by cutting corners that cuts lives. Why can’t organic procedures continue to live up to its true name by its policies and methods. Why can’t we provide our families with options and better choices. When we make and or allow for things that are healthy for us to change just because a company wants to cut corners to make money fast all this does is to take from lives in the future. Allow People with options and or… Read more »

“muddles the meaning of organic” pretty funny folks. Organic means deceptive marketing. They should be glad when some one muddles that.

This is an important issue, more and more corporate farms are getting into organic farming but with such loopholes are degrading the nations food – AGAIN.
Where is the link or address to leave a comment, please add this in, asa consumer I want my voice heard as well
Thanks
Elizabeth

How do I let someone know to “close the loophole”. Organic BEFORE birth—really?