The pesticide has been linked to various developmental problems. 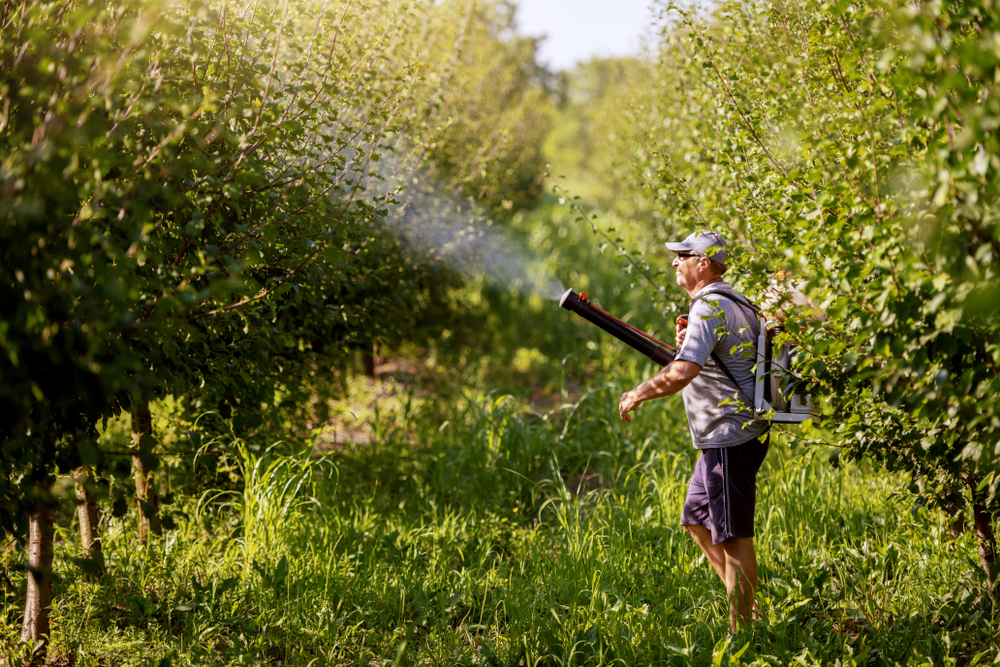 The pesticide chlorpyrifos, usually sold under the brand name Lorsban, has long been controversial.

The pesticide, owing to toxicity studies, has been banned in many places, including multiple European countries; several states, including California and New York, have begun the process of local banning. In 2015, President Obama attempted to ban the pesticide in the US, but since taking office, the Trump administration has rolled back those efforts. Last week, the EPA stated that it would not ban chlorpyrifos for agricultural use.

Chlorpyrifos is an organophosphate pesticide, one of the 20 most commonly used in the United States. It’s most often used on fruit trees, though it’s also extensively used on cereals like corn, where it’s highly effective at killing insects. But it’s also widely considered toxic. Multiple studies have indicated that it’s especially dangerous for children, where it’s been linked to low birth weight, lower IQ, and developmental disorders.

The EPA is one of the organizations that’s said in the past that chlorpyrifos, when used as it usually is, is unsafe, but in 2017, EPA then-chief Scott Pruitt decided to toss aside his own agency’s findings and decline to ban it. This happened just after Pruitt took a meeting with Dow Chemical, which patented chlorpyrifos back in 1960.

The newest update: the EPA, now headed by Andrew Wheeler, rejected a petition to ban chlorpyrifos, stating, as has been the Agency’s standard argument, that it does not find the data compelling enough. The move will obviously be cheered by Corteva Agriscience, the company that sells chlorpyrifos (it was recently spun off from Dow, though it remains connected through shareholders), as well as by some agribusiness who rely on it.

A federal court had ordered the EPA to officially rule on whether it would ban chlorpyrifos; previously, the EPA had been studying the topic. This marks the official ruling, which now allows various groups like Earthjustice (the country’s largest nonprofit environmental law group, and also the group the EPA is officially responding to) to sue the EPA.

“It is a tragedy that this administration sides with corporations instead of children’s health. But this is only a setback. Lawmakers in states like Hawai’i and New York are now showing the rest of the country that banning this dreadful pesticide is not only possible, but inevitable,” says Patti Goldman, a lawyer for Earthjustice, in a press release.

The EPA says it will expedite more studies on the safety of chlorpyrifos, aiming to have conclusions before 2022.

Popular
Is Agroforestry the Key to Hardier Row Crops?Shea Swenson
7 Smokable Plants You Can Grow That Aren’t MarijuanaBrian Barth
Why Don’t We Eat Turkey Eggs?Dan Nosowitz
Where Has All the Mustard Gone?Chloe Faure
Goat Sex: Everything You Wanted to Know But Were Afraid to AskAndrew Amelinckx
Explore Modern Farmer
Related
Animals, Environment, Technology
Alaskan Salmon Face a Stream of New MinesBecki Robins
Labor, Politics
For Young Farmers, Land Access Will Make or Break the 2023 Farm...Emily Baron Cadloff
States Mull Limits on Foreign Ownership of FarmlandJohnathan Hettinger
As COP27 Comes to a Close, Agriculture Initiatives Are Top PriorityShea Swenson
wpDiscuz
We use cookies on our website to give you the most relevant experience by remembering your preferences and repeat visits. By clicking “Accept”, you consent to the use of ALL the cookies.
Cookie settings ACCEPT
Privacy & Cookies Policy