EPA Head Scott Pruitt Decided Not to Ban Pesticide His Own Agency Says Is Dangerous. What Does This Mean? - Modern Farmer
Environment

EPA Head Scott Pruitt Decided Not to Ban Pesticide His Own Agency Says Is Dangerous. What Does This Mean? 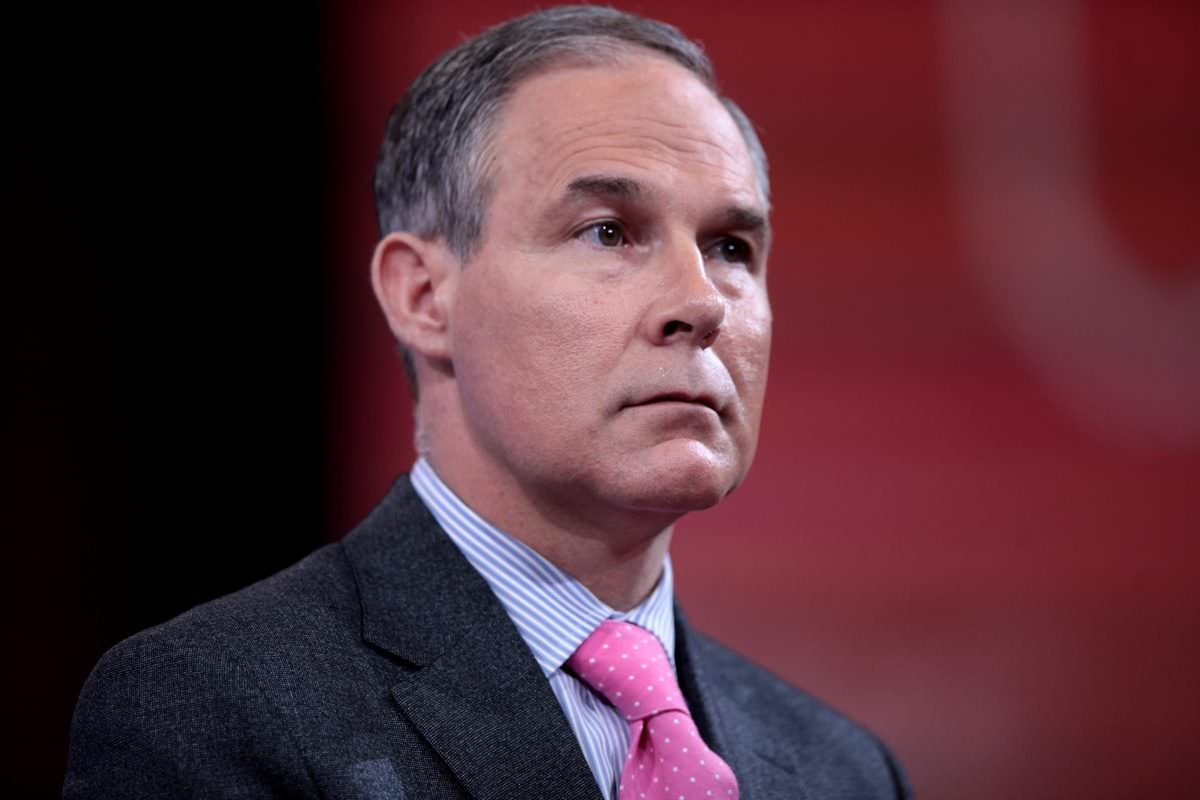 Chlorpyrifos is an organophosphate insecticide, which means that it acts by basically shutting down an enzyme in insects that enables them to control their muscles and organs. Organophosphates have been banned in household situations since 2000, but continue to be permitted in agricultural use, where they’re extremely widely used in a spray format on crops like almonds, fruit trees, and corn.

In July of 2016, the EPA, in response to a few other studies alleging chlorpyrifos’s danger (like this one from Columbia), performed its own health assessment on chlorpyrifos, and declared that the ways the pesticide is normally used are not safe. From their site:

But late last night (Wednesday, March 29), Pruitt decided to reject this finding – yes, his own agency’s research – and declined to ban the insecticide, claiming the research is “unreliable.” The manner in which he did this is called a “final agency action,” which the Yale Law Journal calls an “unusual statutory requirement.” It essentially means that the issue will not be reexamined until 2022, when the EPA is legally required to take another look at chlorpyrifos (the agency is required to re-evaluate all pesticides every 15 years, though they can accelerate those if they choose). The next review date for chlorpyrifos is set for October of 2022.

So Why is Chlorpyrifos Bad?

Chlorpyrifos goes under a few brand names, most commonly Dursban and Lorsban, and is manufactured by Dow Chemical. (The company is very keen to keep farmers using the pesticide.) Evidence from the EPA points to a litany of serious issues with chlorpyrifos. In children, it’s been associated with higher levels of autism and inattention disorders, intelligence deficits, low birth weight, decreased motor skills, and more. Children may be exposed to this in a variety of ways: drifting residue from crop spraying, direct contact on farms, seeping into local waterways, etc. Studies indicate that in places where chlorpyrifos is used, especially the agricultural regions of California, children display higher rates of chlorpyrifos in their systems than the EPA considers safe – and these aren’t children working in the fields; these are just kids who live in California’s Central Valley. Youths are hit particularly hard by these effects, while adults seem to be more able to fight, but in adults who work in fields where chlorpyrifos is used, studies have indicated higher rates of lung cancer and respiratory issues.

Even after this SAP forced the EPA to review its findings, the EPA still declared chlorpyrifos to be excessively dangerous.

There are environmental effects, too. Chlorpyrifos is known to be toxic to aquatic animals, like shrimp. Additionally,evidence indicates that it’s toxic to bees as well, though research is ongoing into specifically how the residue of the pesticide affects them.

Just How Common Is This Stuff, Though?

Ha. Well, it’s one of the most popular pesticides in the country. According to The Intercept, about 44,000 farms use a total of 6 to 10 million pounds of chlorpyrifos-containing pesticides each year. It was registered in 1965, and organophosphates (the category including chlorpyrifos) came into popularity after the ban on DDT in 1972.

So How Can Pruitt Explain His Decision?

Pruitt, in his official statement, claimed that the EPA’s findings are unreliable. “The USDA disagrees with the methodology used by the previous Administration,” reads the statement. “The Federal Insecticide, Fungicide, and Rodenticide Act (FIFRA) Scientific Advisory Panel (SAP) also expressed concerns with regard to EPA’s previous reliance on certain data the Agency had used to support its proposal to ban the pesticide.”

This is confusing! What the heck is FIFRA SAP?

Scientific Advisory Panels (SAPs) are independent groups of people who can compel the USDA to review some of its work. In theory, this stops governmental science from being too insular, but in practice…well, just for example, this SAP that “expressed concerns” to the EPA hosted not one but four people testifying “on behalf of Dow Agrochemicals,” as well as someone from CropLife America (a lobbying group for the pesticide industry), a scientist from Syngenta, and a guy who makes his living by operating the planes used to spray pesticides. (That’s in addition to a whole mess of scientists and doctors and farmers and anti-pesticide people.)

It’s important to have differing viewpoints, but testimony from people who have an immediate financial connection to a product up for review seems…questionable. That said, the panel itself is made up of scientists, doctors, and researchers associated with universities; Dow is not allowed a vote, but they are allowed to take a giant chunk of time to try to get the panel on their side.

And it’s worth noting that even after this SAP forced the EPA to review its findings, the EPA still declared chlorpyrifos to be excessively dangerous.

Nothing. Chlorpyrifos will continue to be used unless Pruitt allows the EPA to review the pesticide sometime before 2022.