Scientists Call on Cereal Giants to Use Sustainable Grains

We’re here for the extra vitamins and minerals, but also regenerative practices. 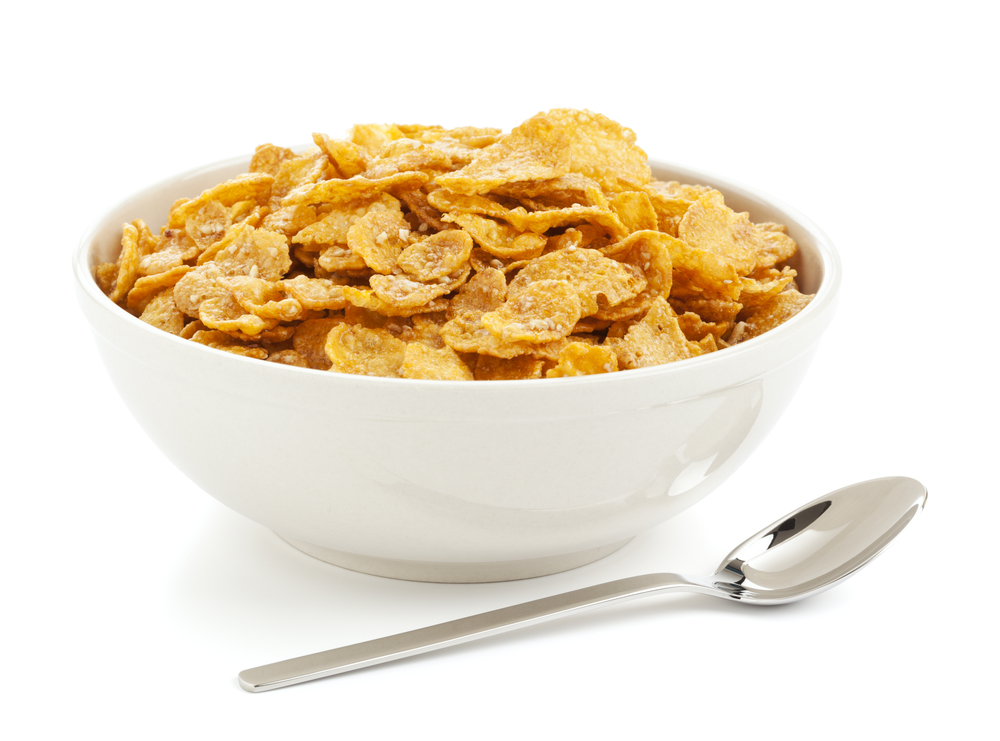 Cereal lovers might want to think twice about what grains are going into their bowls.

A new report by the Union of Concerned Scientists has found huge amounts of land would become sustainable cropping systems if large cereal companies shift completely to grains that are farmed regeneratively.

Just a few grains have dominated the industry in recent decades. Corn and wheat are two of the most common grains in cereal, and they are also some of the least sustainably produced. Corn is often grown on the same plot or in rotation with one other crop, leaving that farmland vulnerable to erosion, which causes water pollution.

“The foods that many of us encounter every day can make a really big impact in terms of saving our soils, cleaning our water and helping with climate change solutions,” says DeLonge.

The report found that if Kelloggs only used corn grown using sustainable methods to make a year’s worth of Frosted Flakes, the company would transition 30,000 acres into a more sustainable system. If General Mills similarly transitioned the amount of oats it uses annually to make Honey Nut Cheerios, it would convert 130,000 acres.

Some of the sustainable agriculture methods trumpeted in the report, Champions of Breakfast, include planting cover crops and using more diverse crop rotations.

DeLonge says that while cereal makers could cause larger scale change, some grain farmers are already leading the way.

Scott Wedemeier is one such farmer. He started transitioning his family’s dairy farm in Maynard, Iowa, into a sustainable and organic operation in 2015. He is a firm believer in growing cover crops and says using regenerative methods have made his farm more feasible in the long run.

“It’s just an evolution of farming,” he says. “If you don’t change what you’re doing, you’re going to run yourself out of business.”

Before the conversion, the farm grew soybeans, hay and corn, but Wedemeier has since introduced a whole list of new crops, dramatically changing the farm’s focus. The farm, Grassway Organic Farm, is now growing oats for a small muesli company called Seven Sundays.

DeLonge says it’s getting harder and harder for farmers to pass down their soil to the next generations. It will be vital to get corporate commitments and policies to make sure farmers are supported as they take steps to become more sustainable and protect their farms’ futures, she adds.

The Union of Cncerned Scientists doesn’t know crap about sustainable farming,just ask them what constitutes healthy soil. Organic production practices can increas3 erosion 10-20 times more than a well managed conventional farm that uses the best of modern practices and organic practices. The numbers used by UCS are so misleading. Many farms are already doing cover crops,using minimum tillage ,rotating crops. Why ?because these practices save soil and nutrients and prevent pests without using the organic insecticides and lots of diesel fuel for cultivation.

Can I have journal references so I can be equipped when challenged?

Also, ban GMO’S and toxins. Other countries do it, so should we.
Greed and ignorance are the problems. No excuse for either.