Imported Cheese Prices Are About to Double Due to Proposed Tariffs

Tell the American government what you think by commenting by Monday, August 12th 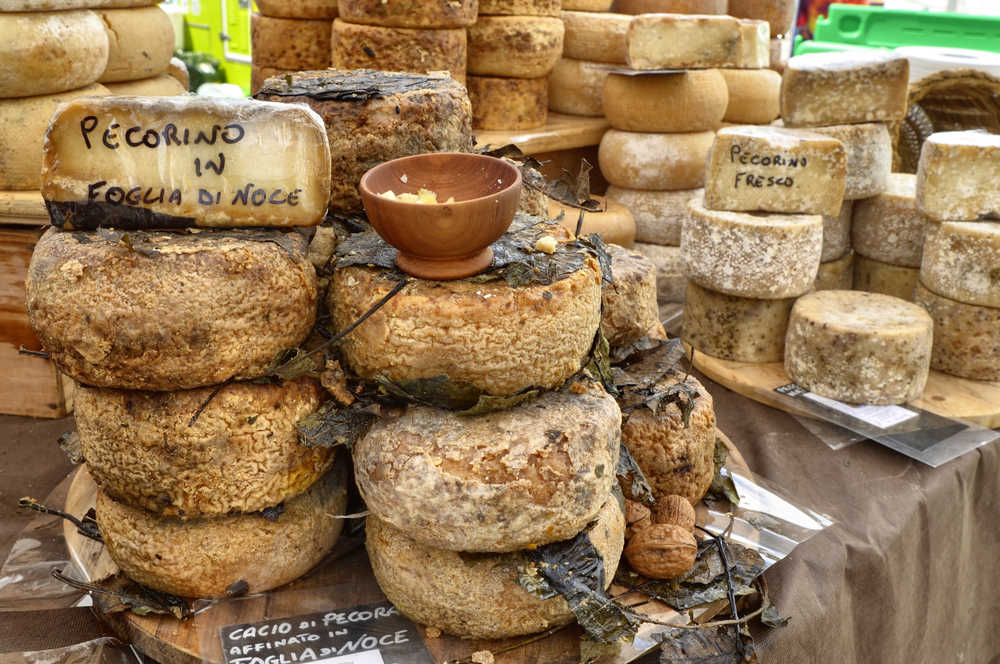 Proposed tariffs currently available for public comment and expected to take effect this fall would dramatically raise prices on European foods imported to the United States, including most foreign cheeses. Many top-selling and prized styles of cheese, including Italian Parmigiano-Reggiano and Dutch Gouda, could become twice as expensive in American stores.

The far-reaching, unprecedented proposal would increase duties on hundreds of products by as much as 100 percent. The tariffs are intended to punish the European Union, but small food businesses in the U.S. are likely to be directly impacted. Specialty food retailers, already operating with thin margins and highly perishable products, are girding for potential catastrophe.

The tariffs originate in a trade dispute in the aviation industry. For years, the U.S. has sought to end EU subsidies for French aircraft manufacturer Airbus, which it believes amount to unfair competition for Boeing. In April the Trump administration announced tariffs on over 300 categories of EU goods, just one piece in a puzzle of tariffs thrown back and forth between the U.S. and its trading partners since President Trump took office.

The U.S. expanded the original list in July, which now covers an estimated 90 percent of European cheeses, according to Ron Tanner of the Specialty Food Association. Pasta, prosciutto and Scotch whiskey are included in addition to cheese and a wide range of consumer and industrial goods.

“It looks likely that these tariffs will happen,” says Tanner. “We’re most concerned about the retailers.” According to the SFA, there are more than 14,000 specialty food retailers in the country, many of which are small or medium-sized businesses. Tanner estimates that European cheeses make up a little more than half of annual cheese sales in the U.S. — about two billion dollars.

Di Bruno Bros. started in 1939 in Philadelphia and now has six locations focusing on Italian artisan food products. Cheese Buyer Hunter Fike says these tariffs “would be devastating,” affecting the majority of the top-selling cheeses at Di Bruno Bros. stores.

“We’ve never really seen a proposal this all-encompassing before,” says Fike. Di Bruno Bros. does not want or intend to double the prices of its best-selling cheeses he says, “but if our costs are doubling we might not have an option in some cases.”

The tariffs’ effect on the busy holiday season is “scary to think about,” says Fike. Di Bruno Bros.’ closest competition is Whole Foods, which is owned by Amazon and far less vulnerable to the potential tariffs.

High prices on European cheeses might give a boost to American-produced artisan cheese. Alternatively, they might hurt sales of all cheeses. If less cheese is sold, shipping and distribution costs could rise throughout the industry. And American cheesemakers who export to the EU may be affected by possible retaliatory tariffs.

David Lockwood is a partner at Neal’s Yard Dairy, a retailer and cheesemaker in the United Kingdom. Roughly a fifth of the company’s wholesale business is in the U.S., which also benefits American stores and restaurants. “Free trade is good for the consumer,” says Lockwood. “Tariffs, I just don’t think it’s good for business.”

For Lockwood, the politics are complicated and nearly impossible to predict: The U.S. tariffs are against the EU, and with Brexit, the U.K. may avoid them. However, Airbus, at the heart of the dispute, also operates in the U.K. “All we can do is understand the impact these tariffs has on our pricing and then look at how much demand will be reduced,” says Lockwood.

Ron Tanner says, “This is a dispute between two giant aircraft companies, between Boeing and Airbus. If you’re going to fight an aerospace trade war, put it on aerospace products. Don’t put it on small businesses.”

Asked why cheese is included in a package of tariffs focused on aircraft subsidies, the Office of the United States Trade Representative responded, “USTR selected products for which it considered that increased tariffs would be most likely to convince the EU to end its WTO-inconsistent subsidies,” referring to the World Trade Organization.

Through Monday, August 12, Americans can comment at regulations.gov on the additions to the list of proposed tariffs, including many Italian cheeses.

Government should stay out of business… but it’s intertwined so deeply that it would be difficult to stop, since business has bought and paid for government for so long…
“Punishing” other countries by unfairly enacting tariffs is just small-minded idiocy, but hey, greed and stupidity often are bedfellows, especially if the name is Trump.

These tariffs are not working. The onlly one paying the penalty is the consumer with higher costs and loss of jobs. Stop the madness.

This is terrible for all the small business owners that import cheeses from the EU, hurting American businesses just to help big corporations with vested interests in Washington, TERRIBLE!!

The U.S. has allowed unregulated production of dairy, especially in Wisconsin, and is forcing countries like Canada to take up their surplus at a reduced rate, putting Canadian dairy at risk. Protectionism needs to stop, and let the free market decide what they want instead of bullying countries, and interfering in their agricultural production.

Doubling the price of products in any industry is the number one way to just kill it’s business. This will no help our economy at all and lots of small businesses that sell imported cheeses will have to close their doors because of this.

Tariffs are bad for everyone. They hurt the consumer and businesses. They are especially hard on small businesses. It makes no sense to involve the cheese industry in a dispute between Boeing and Airbus. The administration needs to stop the enacting of these ridiculous tariffs.

Wit is well known and documented that Boeing has been delivering g a substandard product to the airlines culminating with the disaster which is the 737.. and that jerk in the White House is slapping tariffs on cheeses and other goods out of the EU? Trump is the largest disaster ever to happen to the US. Let fair competition between aircraft manufacturers take its course. Boeing is a has been producing defective and dangerously flawed product for years. They should be out of business. Personally, when I fly, I will avoid flying on Boeing aircraft.

As for the cheese industry, this is going to hurt the restaurant businesses too. Small minded. Only doing this to hurt other countries, which is not how to do business any more.

The EU is our closest ally and friend. We share NATO and a stable EU is good for the World. Peace for them is peace for us. Tariffs hurt us and the EU.