How to Keep New York’s Farmland for Farmers

How do we help young farmers compete with developers when it comes to purchasing farmland? 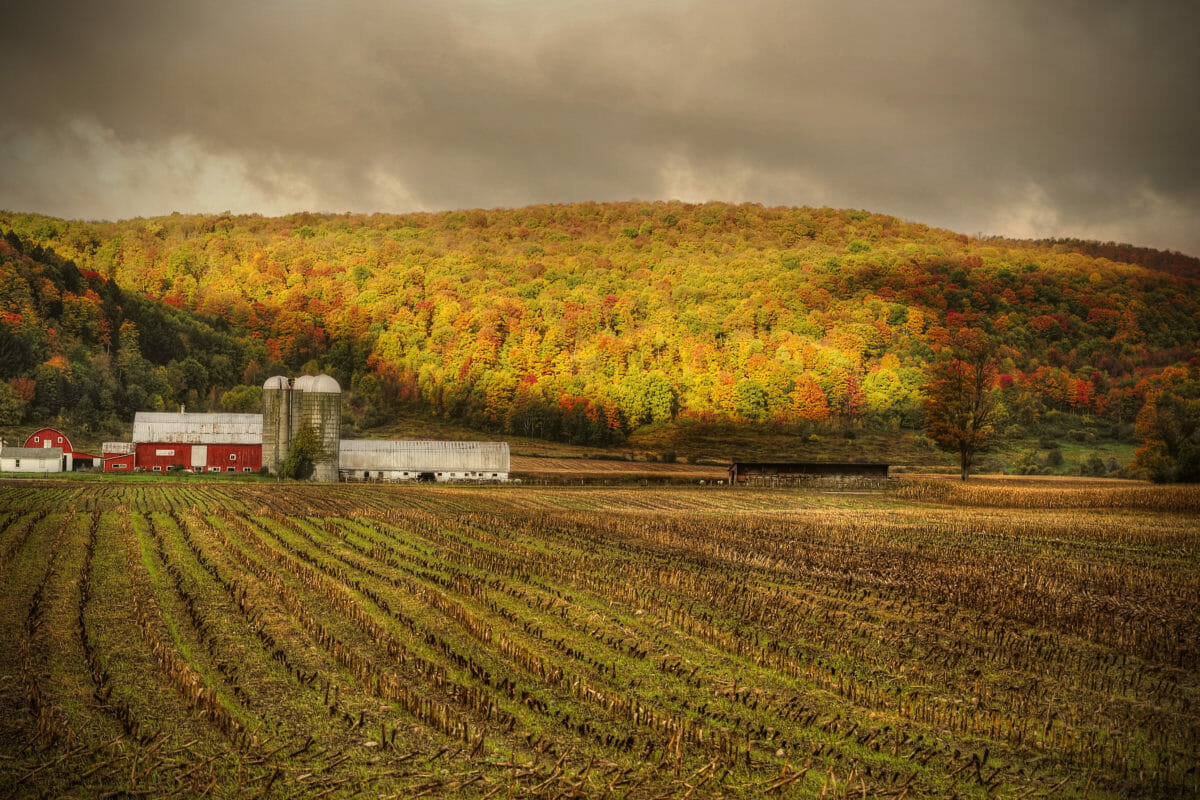 The problems New York is facing aren't unique to the Empire state, but some of the changes it's putting in place may help.
Photography Vikas Garg on Shutterstock
Share
Tweet
Pin
Email
594 Shares

New York is vital for farming; far from its national reputation as merely an urban center, the state has seven million acres of farmland and is one of the biggest producers of dairy and apples. It also faces many of the same issues that face farmers around the country, with perhaps the biggest being simply holding onto, or gaining new, farmland. The National Young Farmers Coalition’s new paper has some concrete suggestions for how to combat these issues.

The difficulty existing farmers face keeping farmland, and the difficulty new farmers face finding farmland, are not unique to New York. But New York’s astronomical real estate prices have placed the state in an even more tenuous position than most. Land closer to New York City is preferable for farmers; the city has a thriving farmers market structure that can be invaluable to small-scale farmers. But as you get closer to the city, land values shoot up and become far out of the range of most farmers. And even the existing farmland outside the city? The NYFC’s research has found that it’s being purchased for second homes, and once farmland stops actively being farmed, it rarely goes back.

“A third of agricultural land in NY is owned by farmers over the age of 65, 92% of whom have nobody young to pass that land down to.”

But the state government has taken some interesting pains to try to keep farmland as farmland. This July, Governor Cuomo put forth a new funding round for what’s called the Farmland Protection Implementation Grant Program, or FPIG. The FPIG program restricts the use of farmland to farming, meaning that not just anyone can buy certain land, but it also goes a step further by including preemptive purchase rights. Essentially, this means that if farmland goes up for sale, farmers get first rights to purchase – and can use that FPIG funding to secure the land.

None of this, however, means that New York is in an especially good place for farmers (not that anywhere in the U.S. really is these days). The state has lost half of its agricultural land since 1950. Worse, about a third of the total agricultural land in New York is owned by farmers over the age of 65, and an insane 92 percent of those farmers have nobody young (under the age of 45) to pass that land down to. This presents a crisis: how can land be kept as a farm after these older farmers retire, when new farmers aren’t able to offer nearly the same prices as other (non-agricultural) buyers?

The NYFC’s suggestion? Working farm easements that provide funding for farmers to be compensated for the difference in offers between new farmers (not so rich) and other New Yorkers (likely more rich).

“Working farm easements cost more than traditional conservation easements,” acknowledges the NYFC. “But the price is worth paying: this added cost is in the public interest because working farm easements keep New York’s productive agricultural lands in the hands of farmers who will continue to produce food for the region and energize local economies.”

The NYFC also suggests supporting retroactive inclusion for projects that were enacted before the recent changes in policy and making it a priority to help farmers own, and afford to own, farmland in New York.