Poor Ewe. Sheep Gets Her Head Stuck in a Tree, Has to Be Rescued - Modern Farmer
Lifestyle

Poor Ewe. Sheep Gets Her Head Stuck in a Tree, Has to Be Rescued

Yet another incident of a sheep getting itself into trouble in the United Kingdom! 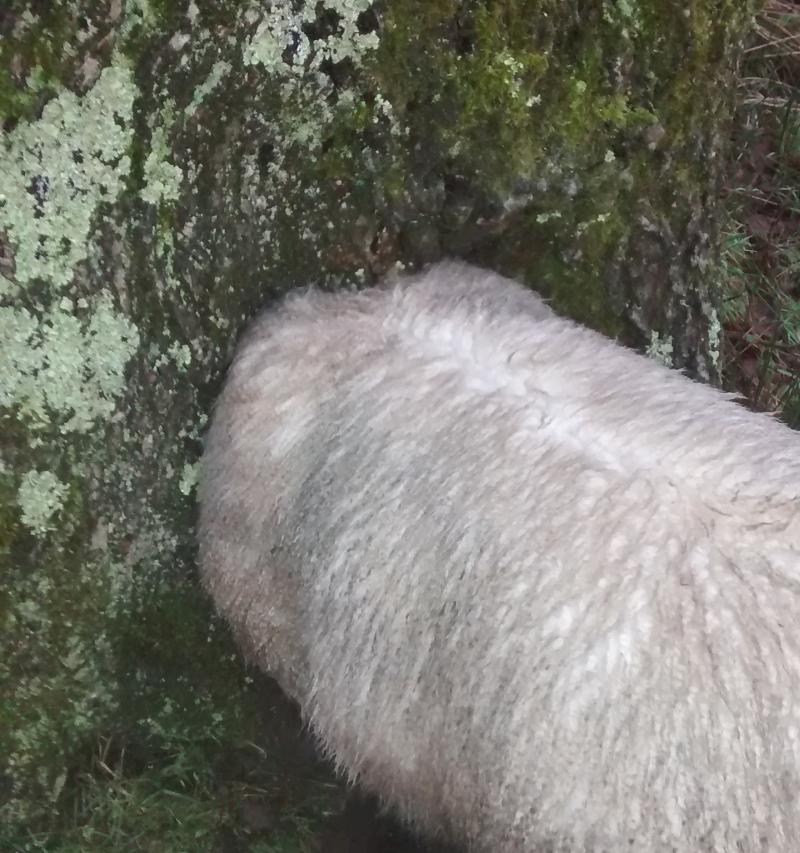 Two young women who found the sheep called the Royal Society for the Prevention of Cruelty to Animals, the UK’s largest animal welfare organization, to help rescue the ewe. According to the BBC, animal collection officer Kim Sheriff was left scratching her head as to why the sheep had stuck its head in the tree trunk in the first place.

“Thankfully, I was able to calm her down and maneuver her, so I could gently free her from the tree,” Sheriff told the news agency. “She wasn’t injured and, unsurprisingly, seemed to be feeling a little sheepish.”

It seems like sheep are keeping the RSPCA pretty busy lately. Also on Monday, Animal rescuers required the help of local firefighters in the village of Hoton, just south of Nottingham, in the English Midlands, after an entire flock of sheep managed to get stuck in a thicket. Rescuers had to chop through brambles in order to pull the animals out, according to the Leicester Mercury newspaper.

In late November, another unfortunate ewe found herself in a sticky situation after she sank up to her neck in a muddy marsh in Otmoor, a nature preserve in Oxfordshire, in South East England.

A member of the public spotted the stranded sheep and called the RSPCA. The ewe was rocking backing and forth in an effort to free herself without any success. It required not just animal rescuers, but local firefighters and a farmer, to extricate her.

“Luckily she wasn’t injured, just trapped and very frightened,” animal collection officer Grace Mead told The Oxford Times newspaper. “She clearly couldn’t climb to safety herself so needed a little help to get out of the muddy mess.”