It's both weird and bad. 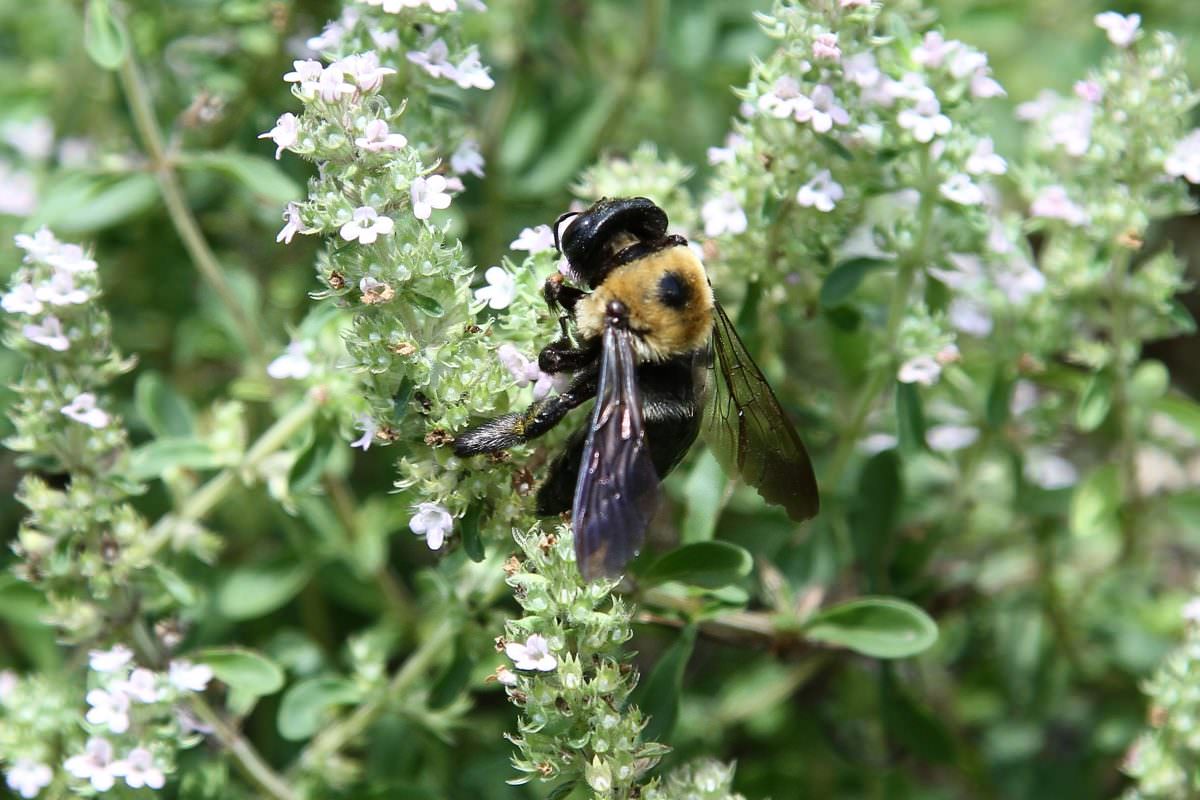 The team studied three species of bees in the subalpine regions of the Mountain West along with 43 years of local flower bloom data in order to understand how climate change might affect the pollinators.

The first part of their findings is very predictable: over the past four decades, warmer temperatures and less snowfall has led to longer growing seasons, with flowers blooming earlier and lasting later into the year.

This sounds good for bees, right? Wrong. The research also found that these exact circumstances (hotter days, longer seasons, less precipitation) correlate with the exact opposite: the bees, though reliant on flowers, do much worse. What gives?

It turns out that a longer flowering season does not necessarily mean a better flowering season. Why? It’s not that plants are producing more flowers, or longer-lasting flowers – they’re producing the same amount of flowers over a longer period. And that means there are chunks of time when there are fewer flowers than before. It’s as if you took your normal lunch and extended it to six hours, instead of one. Your lunch break might be longer, but you still have the same amount of food.

The study doesn’t really provide any solutions, but it does add to the growing body of information regarding how plants and animals – including especially important pollinators – are reacting to climate change.

Popular
7 Smokable Plants You Can Grow That Aren’t MarijuanaBrian Barth
How to (Actually) Get Rid of Fruit FliesEmily Baron Cadloff
Yes, the Government Really Does Stash Billions of Pounds of Cheese in...Emily Baron Cadloff
What to Do With an Abundance of PeppersShelby Vittek
6 Differences Between Llamas and AlpacasAndrew Amelinckx
Explore Modern Farmer
Related
Environment, Plants
Making the Case for IntercroppingShea Swenson
MTMF
Meet the Modern Farmer Helping Immigrant Farmers Sell Their ProduceBridget Shirvell
Animals, MTMF
Paddleboarding Goats Make a Splash on Prince Edward IslandNoah Lederman
Animals, Environment
Ugandan Farmers Embrace Maggots as Solution to Fertilizer ShortageShea Swenson
wpDiscuz
We use cookies on our website to give you the most relevant experience by remembering your preferences and repeat visits. By clicking “Accept”, you consent to the use of ALL the cookies.
Cookie settings ACCEPT
Privacy & Cookies Policy