The bee problem might be worse than we thought. But there is a way to help. 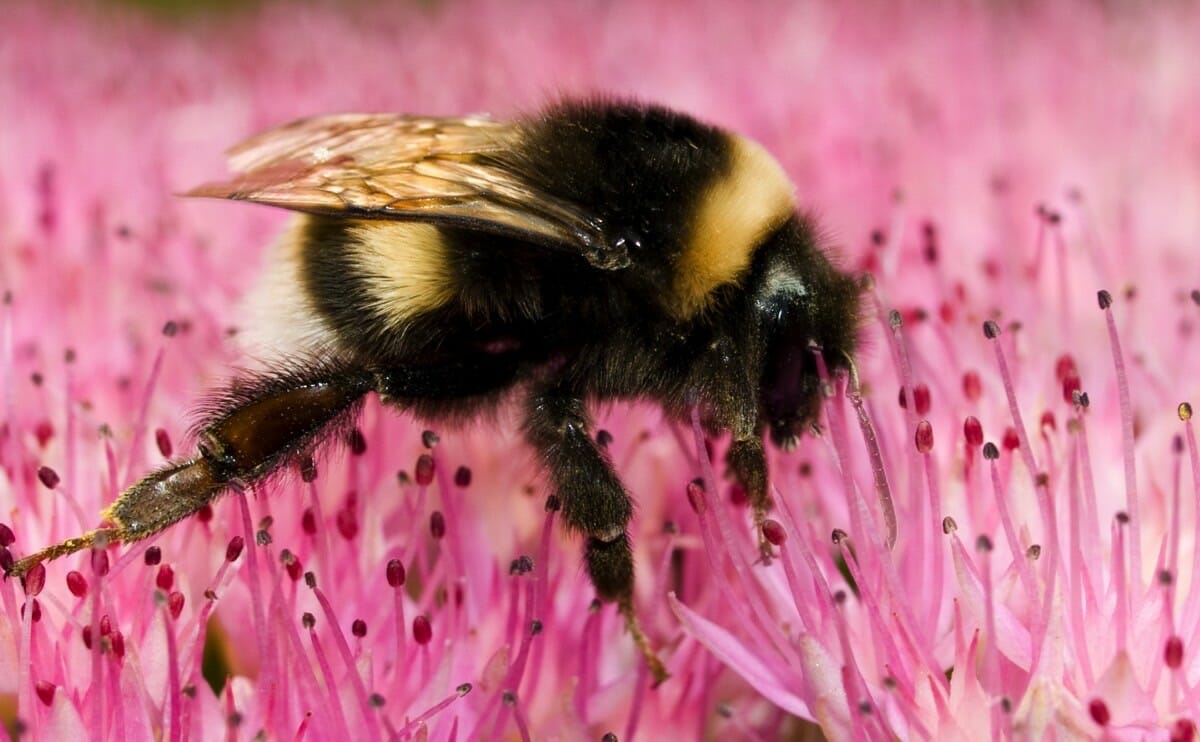 Some animals are migrating ever so slightly north toward climate areas that are now more suitable, but not every species can adapt this way. A new study from Canadian researchers, published in Science, takes a good hard look at the bumblebee and finds that it is, largely, one of the unfortunate species that’s having trouble migrating. And that’s very bad for agriculture. Thankfully, this is a problem that even non-farmers can help combat.

As the planet slowly warms, plants and animals find that their habitats are no longer quite the right temperature for optimal life. A 2011 survey found that animals are moving toward both cooler climes (northward in the northern hemisphere, southward in the southern) and higher in elevation. The movers and non-movers aren’t always what you’d think; some tree species, for example, are finding it quite easy to migrate, while the American pika (a small rabbit-like species of mammal) is totally unable to find chillier habitats. It’s not easy to help the pika, but the bumblebee isn’t totally beyond assistance.

The new Science study is the first large, comprehensive study of the specific effects of climate change on the bumblebee population. (Other factors, like the switch to industrial agriculture and habitat destruction, have been researched.) These researchers, however, found that various bumblebee species are vanishing from the more southern part of their range at the rate of about 5.6 miles per year, but have yet to colonize the area previously too far north that, thanks to climate change, is now a suitable habitat. Some species are almost extinct already, like the rusty-patched bumblebee, quite common in Alberta only a few decades ago.

Bumblebees, luckily, have some friends in various activist groups that are attempting to bolster their populations. The Bumblebee Conservation Trust, and the BBC, for example, both provide useful guides for home gardeners to encourage bumblebees to rest, feed and pollinate. There are plenty of wildflowers, among them flowering clovers, blueweed, and knapweed, that both look great and help attract and feed bumblebees during the growing season. And this could be a way in to learn more about wildflowers, too, which are hardy, pest-resistant, and often lovely.