Or, rather, to let his owner tell this heartwarming story. 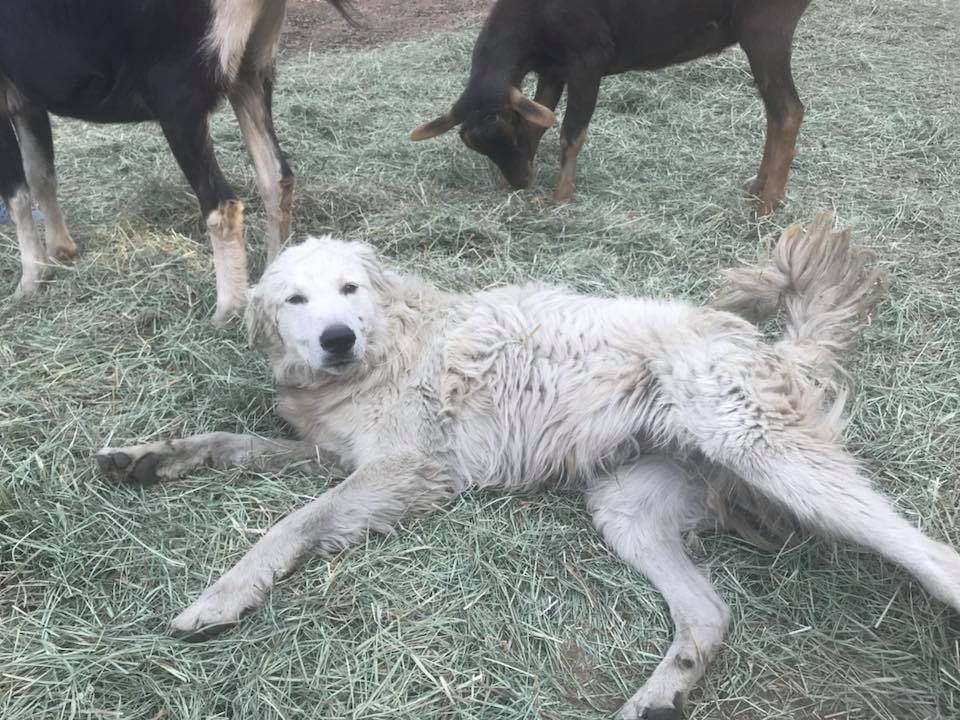 Flames erupted on Mark West Springs Road in Santa Rosa and tendrils of fire burst from cars as Roland Hendel and his daughter, Ariel, fled their home the night of Sunday, Oct. 8, during the Tubbs wildfire. They were forced to leave behind Odin, one of their two Great Pyrenees livestock guardian dogs, who refused to abandon their flock of eight goats.

The fire the Hendels barely escaped was part of the Northern California firestorm that has so far claimed 40 lives – including one of their neighbors, Lynne Powell – destroyed countless homes, and caused billions of dollars in damage.

“Later that morning when we had outrun the fires I cried, sure that I had sentenced Odie to death, along with our precious family of bottle-raised goats,” Hendel wrote in a recent Facebook post.

Odin, named after the Norse God, was known for his fierce loyalty to his flock, over which he shared guarding duty with his sister, Tessa (who was taken to safety with the family). According to his master, it was nearly impossible to separate him from the goats, even in the best of circumstances. “I made a decision to leave him, and I doubt I could have made him come with us if I tried,” wrote Hendel. 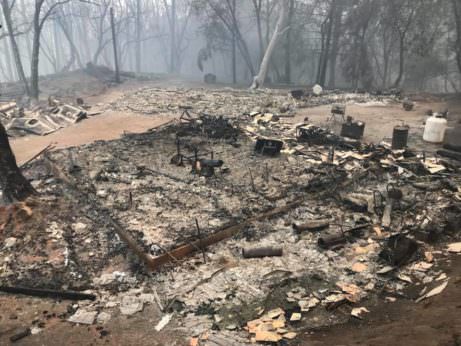 Finally, on Oct. 1o, after the fire subsided enough for the family to return to their home – they had to sneak in via a backroad due to roadblocks that had been set up – they found the property in ruins, with trees still burning and an estimated million dollars worth of damage. They expected the worst in regard to Odin and the other animals. Suddenly the goats appeared (unscathed save for a minor, small burn on one) and raced towards them, followed close behind by Odin, his fur singed, his whiskers melted, and hobbling along favoring his right side. Hendel couldn’t believe it, calling it a miracle. Even more amazing, Odin had adopted several baby deer who huddled around him for safety.

Have a story about a heroic animal? We’d love to hear about it. Tweet us @ModFarm, or send us a message on Facebook.

There was a slight scare on Oct. 14th, when it appeared that all the animals had wandered off the property. They returned later that day, however, and Hendel suspects they likely went in search of their humans.

Odin was soon reunited with his sister. “He appears to be getting stronger, and his sister’s presence will surely help to lift his spirits and take some of the burden off his giant shoulders,” wrote Hendle, who’d rescued the sibilings as puppies – this had been the first time ever the pair had spent even a day apart, according to ABC 7 News, which first reported the story.

All the animals were eventually taken to a temporary shelter where they are now recovering from their ordeal. The family has set up a YouCaring crowdfunding page, here, to help cover Odin’s medical care and rebuild their property. Since first posting, the crowdfunding page has been shared more than 8,000 times and raised more than $64,000. The animals are doing well, says Hendel. Odin is getting stronger and enjoying all the attention and spotlight, especially a special steak dinner he and his sister were treated to along with a free visit to a local dog groomer.

“Odin has lived up to his namesake,” Hendel wrote on Facebook. “Pray for him and his charges. He is our inspiration. If he can be so fearless in this maelstrom, surely so can we.” If you’d like to hear more about this story in Hendel’s own words, listen to this CBC Radio interview.