New Englanders are running scared. For no reason. 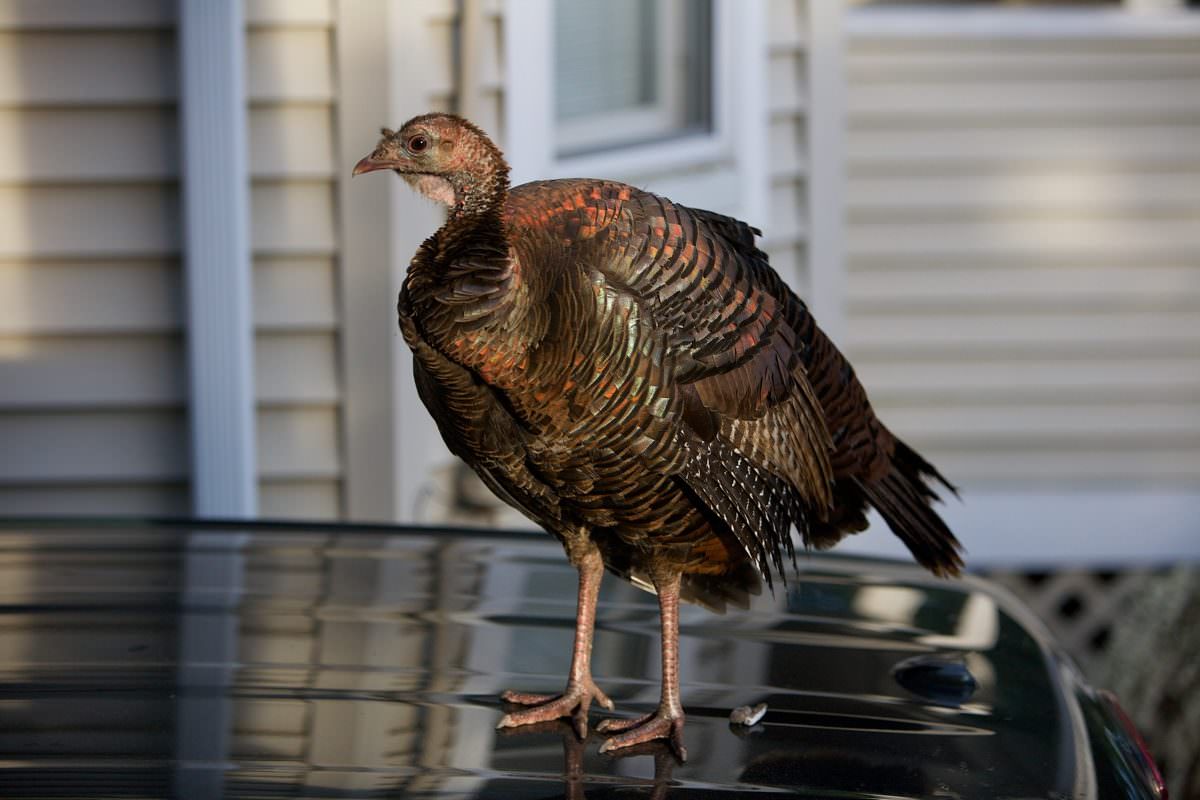 And yet those living in the more urban and exurban areas of New England seem anything but comfortable interacting with one of this country’s most noble and iconic birds. In fact, residents of Cambridge, a small city just across the river from Boston, have taken it a step further. The local city council voted, in sort of a strange middleman fashion, to ask the city manager to speak with the director of the city’s animal commission about getting some new rules on the books regarding turkeys – they’re asking for “guidance to residents unsure of how to mitigate the nuisance.” Some even go as far as saying the creatures are “strategizing” against intentionally harassing humans. Basically: people in Cambridge are tired of turkeys, and they want action.

So what prompted all of this? Well, it’s not just Cambridge that’s feeling attacked. A quick search for turkey-related stories in the Boston area turns up dozens of hits about aggressive or simply nonchalant behavior from local wild turkeys – hanging out in a parking lot, chasing a police officer, circling a dead cat. (A turkey expert says that last one is not evidence of occult behavior but instead a follow-the-leader bit of behavior in which adult turkeys, wary of cats, want to inspect the scene from a distance, while other turkeys follow their lead.)

The animal’s behavior is not different from most other wild animal species that have acclimated to urban or suburban areas. Other examples of this trend include Toronto’s famous raccoons, or white-tailed deer on the outskirts of Philadelphia and Pittsburgh. The reasoning is pretty simple: in the Northeast and Midwest, most of our apex predators are long gone, having been hunted to local extinction. And without mountain lions and wolves, the species they’d normally prey on find themselves able to expand their territories without fear. So they do.

But unlike Pennsylvania deer or Toronto raccoons, New England turkeys aren’t really hurting anyone. The deer eat young forest growth, which has had serious effects on the long-term health of woodland. Raccoons, though less dangerous than their reputation, can destroy personal property and seem to delight in knocking over garbage cans, which can attract vermin.

But Massachusetts turkeys? Not actually a problem. They are not a danger to crops. (They prefer to eat seeds and things that have already fallen to the ground, and also like to eat harmful insects.) They don’t break things. (At worst, they might walk through a yard or garden.) And, according to guidelines from state animal control offices, their aggressive behavior is all show; if they act tough, it’s recommended to act tough right back. Make a lot of noise! Flap your arms around! Spray them with a hose! Let them know who’s boss!

The residents of Cambridge are not following these directions.