Goat Owns Cop, Refuses to Get off His Patrol Car

The police officer has no legal recourse against the own. 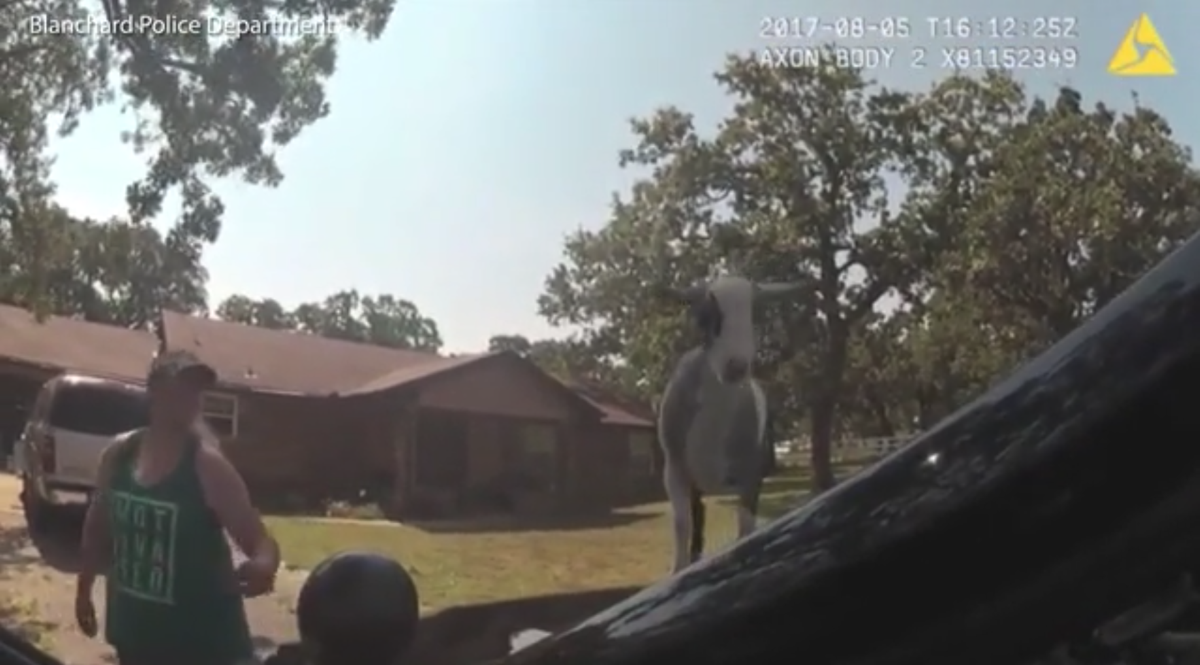 Police body cameras are an essential force in maintaining transparency between the police and citizens – we by no means want to belittle that. But sometimes, they capture other things, too, like when a policeman gets owned by a goat, as occurred on August 5th in Blanchard, a town in central Oklahoma.

In a video posted by the Blanchard Police Department, a local goat hopped up onto the hood of the officer’s car and refuses to leave. Domesticated goats are both curious and, thanks to their links to ancestral wild goats, surprisingly capable climbers; while wild goats like to climb cliffs and mountains, domesticated goats are happy just scooting up into treetops. We have previously documented the goat’s inherent love for standing on things, if you need more evidence.

The goat in this video was lifted off the police car by a woman we presume is its owner. But the goat was not finished owning the cop yet, and hopped right back up, thus continuing the own.