Considering this water often harbors all kinds of diseases that can end up on your plate, it's a problem. 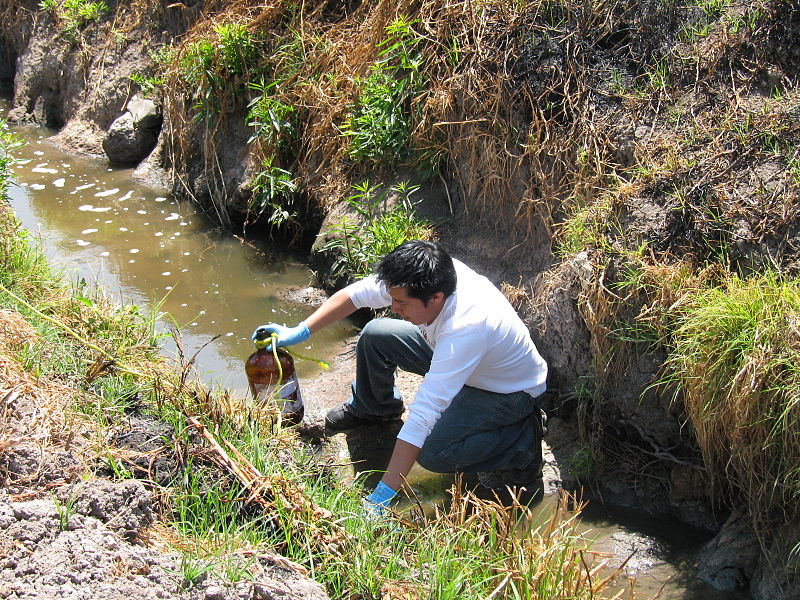 The study, “A global, spatially-explicit assessment of irrigated croplands influenced by urban wastewater flows,” which was published earlier this month in the journal Environmental Research Letters, used advanced computer modeling to determine the extent of untreated urban wastewater being used for agriculture. The study was undertaken in order to “provide insight into the key role that water reuse plays in meeting the water and food needs of people around the world, and the need to invest in wastewater treatment to protect public health,” say the study’s authors.

What the researchers found was pretty frightening. While this kind of thing isn’t a problem in many developed countries, like the U.S. and Canada, across the globe there are about 36 million hectares (89 million acres) of irrigated cropland located in urban areas or within 40 km downstream that rely heavily on wastewater for irrigation. Much of that cropland is in countries where only a very small percentage of wastewater is treated. Five countries – China, India, Mexico, Pakistan, and Iran – accounted for more than 85 percent of downstream irrigated croplands with a “high likelihood” of untreated reuse, according to the study.

A previous assessment, from 2004, that was based on case studies and expert opinion, pegged the number at no more than 20 million hectares (49 million acres).

Farmers, especially poor farmers who can’t afford store-bought inputs like chemical fertilizers, rely on this water, which is naturally rich in nutrients (the kind we humans make: poop). One farmer in Mexico told the Associated Press in April that the untreated wastewater produces much bigger crop yields than treated water. In other cases, farmers use untreated water out of necessity. Only problem is that this wastewater often carries all kinds of diseases, from salmonella to E. Coli to roundworm.

Besides potentially sickening farmers who work with the wastewater and local consumers who eat the fruits and vegetables, these crops also sometimes find their way across borders. In the case of Mexico, there have been a number of instances in which produce imported into the U.S. and Canada led to disease outbreaks. The list includes cantaloupes with Salmonella Poona, green onions with hepatitis A, and basil, bagged salad, and fresh cilantro with Cyclospora. These last two incidents took place in 2013 and sickened hundreds of people across the U.S. In some of these outbreaks, people died.

The study determined that while considerable strides have been made in improving sanitation in urban areas, further investments are needed globally. “Further work is needed to ensure that urban sanitation policies not only address the protection of surface water quality for ecological reasons, but also recognize the water quantity and quality needs of downstream farmers,” say the authors.