They changed how we buy books, clothes...even toilet paper. Now Amazon plans to do the same for groceries. 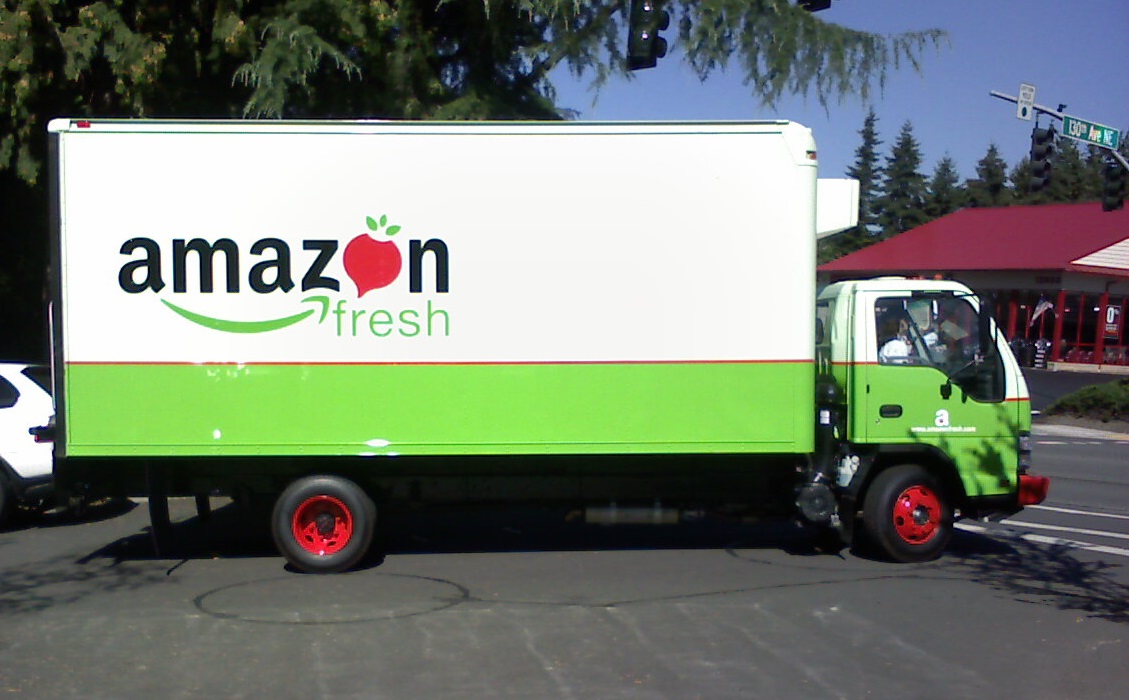 In early 2018, Amazon will join nine other retailers with an online food presence, including FreshDirect and Safeway, in a two-year USDA pilot program to determine whether online grocery purchasing could help alleviate so-called food deserts – areas where residents have little or no access to fresh, healthy food. The project came about through the 2014 farm bill and allows the companies to accept SNAP benefits (formerly known as food stamps) for online grocery purchases in seven states: Alabama, Iowa, Maryland, New Jersey, New York, Oregon, and Washington through electronic benefit transfer (EBT) cards, which replaced actual food stamps more than a decade ago.

Amazon also recently announced a 45 percent discount to its prime membership program to SNAP EBT card users, lowering the cost from $10.99 per month to $5.99 per month. Prime members receive free two-day shipping on many products, and access to Amazon’s video and music on-demand services, among other things. Currently, you have to be a Prime member in order to use AmazonFresh – their grocery service – so this may be a way to lower the cost for potential SNAP recipients. According to Politico, the move is being seen by many as a way for Amazon to build a customer base with SNAP users for when the USDA pilot program goes into effect next year.

While all this is going on, the White House’s proposed budget includes a proposal to charge stores an as-yet-undetermined fee for accepting SNAP benefits.

Even before the big news that Amazon was purchasing Whole Foods for $13.7 billion, the company had been moving towards brick-and-mortar with its Amazon Go grocery store in Seattle, which is currently only open to Amazon employees. The idea behind the store is pretty remarkable. You simply walk in, pick up what you want, and walk out. The store uses various sensors and cameras to automatically detect when items are taken from the shelves and tracks them in a “virtual cart.” When you leave the store, your Amazon account is charged for the items you picked up and the company sends you a receipt.

It’s unclear when (and even if) the Amazon Go store will open to the public, but it’ll be interesting to see if this technology – or some version of it – eventually finds its way into the more than 400 Whole Foods locations.

Amazon may have a special weapon to get customers to start buying their groceries online: an innocuous-looking little device called the Dash Wand, which has recently been updated to include includes Alexa, the company’s “digital assistant” that responds to voice commands.

The gadget sticks to your fridge with a magnet and lets users order items by either scanning a barcode or by voice command. It costs $20, includes a free 90-day AmazonFresh trial membership and can also look up recipes and convert measurements, among other things. Industry experts see this as a key indicator of Amazon’s intentions vis-a-vis the grocery business. Igor Gorin, CEO and co-founder of the privately-held eCommerce agency Astound Commerce told the website PYMNTS.com that if Amazon’s acquisition of Whole Foods wasn’t a clear enough signal as to those intentions, then the Dash Wand “provides a glaring indication.” He adds that “As consumers continue to get more comfortable ordering food online, Amazon is positioning itself at the bleeding edge of that market shift.”