Five Differences Between Rabbits and Hares

Rabbits and hares may look similar at first glance, but there are distinctive differences between these cousins. Here are five. 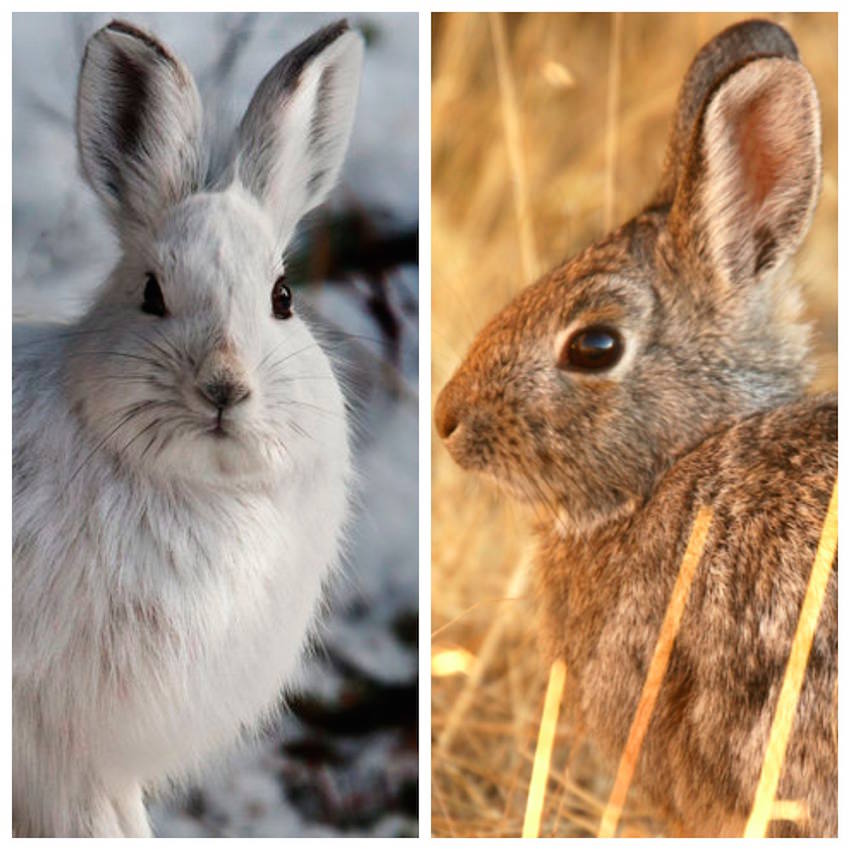 You’ve Got the Sweetest Little Baby Face, But Your Cousin On the Other Hand…

Baby hares, called leverets, are born looking like miniature version of their parents – fully furred, eyes open, and pretty much ready to begin hopping around. They are able to live on their own only an hour or so after being born and are weaned somewhere within two to three weeks. Baby rabbits, called kits or kittens, conversely, are born hairless, blind, and helpless – and they need the attentions of their mothers for about eight weeks.

The Legs Have It

Generally speaking, hares are larger than rabbits and have longer ears and legs. They are also faster runners, which makes sense since they live in open spaces, like prairies, and need the speed to outrun predators. Rabbits and hares also have different diets, with rabbits preferring grasses and vegetables with leafy tops, such as carrots, and hares enjoying harder substances like plant shoots, twigs and bark.

While both rabbits and hares molt (shed their coat), when it comes to hares they generally have much more dramatic seasonal color changes than rabbits. The snowshoe hare, for instance, goes from a brown to a brilliant white come winter in order to provide camouflage appropriate to the season. In the case of rabbits, there may be some color variation between molts, but it’s much less noticeable.

A choice of homes is another area where rabbits and hares don’t see eye to eye. Wild European rabbits live in complex burrow systems called warrens that can be close to ten feet deep and up to nearly 150 feet long. Eastern cottontail rabbits, which range from southern Canada down to northern South America, live in dens burrowed by other species, such as woodchucks. Hares live above ground and make their homes in hollow logs or simple nests they create by tromping down grass and vegetation.

Hares aren’t as sociable as their rabbit cousins. Most rabbits live in groups of up to 20 individuals in what is known as a colony. Hares are generally solitary creatures but may come together during late winter and for courting purposes. The eastern cottontail, ever the contrarian, is more like a hare, preferring solitary living.

Just like going back to school in science ..biology.great