A nonprofit relies on low-tech equipment to level the playing (and growing) field in Myanmar. 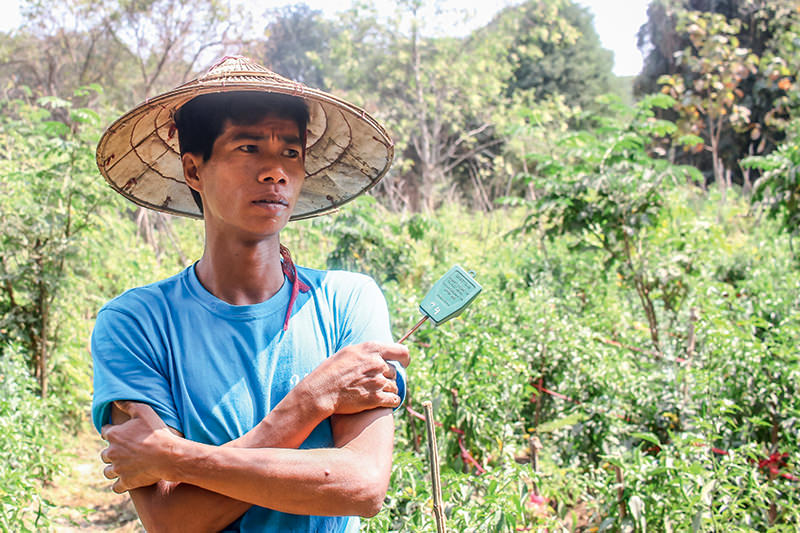 “We identify with the people we serve,” says Jim Taylor. “We would never patronize them. Myanmar’s farmers want to catch up to the rest of the world. Our job is to help them.”

Jim Taylor and Debbie Aung Din met while serving as community-development workers in one impoverished rural region – the Mississippi Delta of the late 1970s – then married and spent the next 25 years improving others: in Haiti, Indonesia, and Cambodia. Since 2004, the globe-trotting couple has called Myanmar home. “It’s one of the poorest, most isolated countries in the world,” says Aung Din, who was born in the Southeast Asian nation, also known as Burma. “It’s hard to have an impact on a country you don’t live in,” adds Taylor of their decision to settle there. 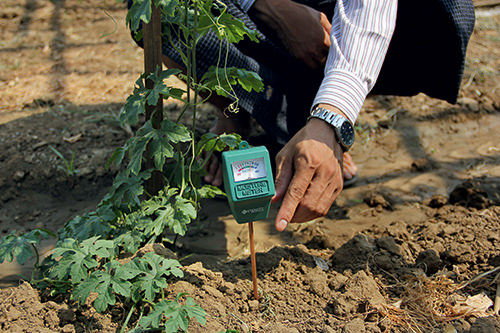 Proximity Designs works directly with farmers in Myanmar to field-test prototypes for new devices, like this moisture sensor, which indicates when fields need watering. Photo courtesy of Lin Thet Naung

Note her use of the word “customer.” Explains Taylor, “We don’t give anything away for free.” Instead, Proximity, which also offers advisory services and microloans, charges modest fees and funnels the revenue back into research and development. “We identify with the people we serve,” he continues. “We would never patronize them. Myanmar’s farmers want to catch up to the rest of the world. Our job is to help them.”