How Fungi Could Help Save the Honeybee - Modern Farmer
Animals, Technology

How Fungi Could Help Save the Honeybee

Why a mycologist and an entomologist have teamed up to help save honeybees. 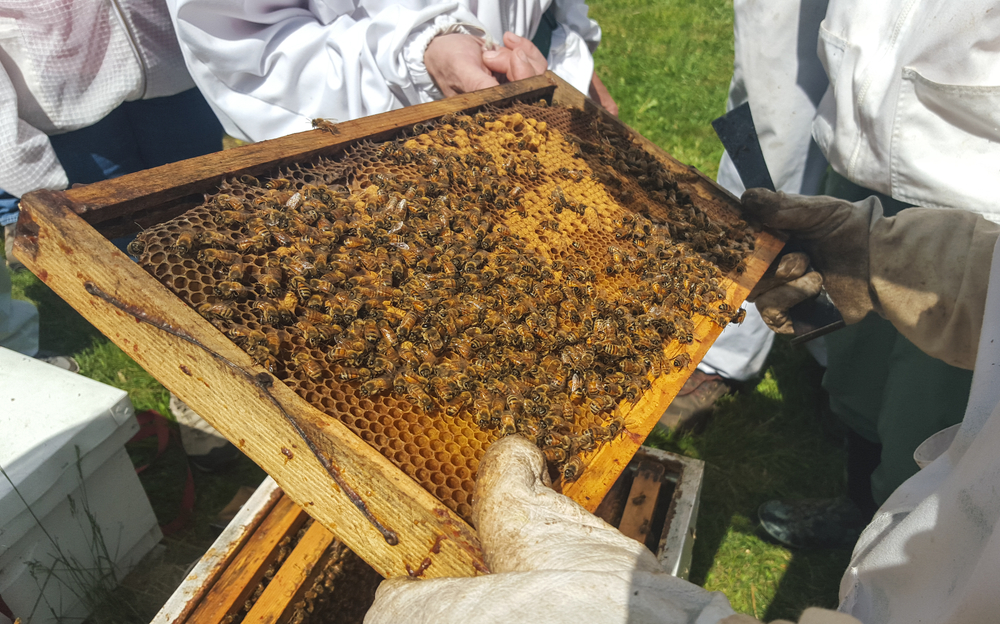 When bees are already stressed by such things as parasitic mites, pesticides, and poor nutrition, colonies are ripe for invasive bacterial and viral pathogens to wreak further havoc. Beekeepers across the United States lost 44 percent of their honeybee colonies during the year spanning April 2015 to April 2016. (It should be noted not all die offs are due to CCD.)

First reported in 2006, the USDA defines CCD as a syndrome involving “a dead colony with no adult bees and with no dead bee bodies but with a live queen, and usually honey and immature bees, still present.” Walter “Steve” Sheppard, an entomologist and geneticist who chairs the Department of Entomology at Washington State University, calls CCD more a designation given to a list of symptoms associated with the collapse of a colony than a single disease. The current thinking, he says, is that there are 61 different factors at play and that while the insects can handle one or two of these issues, in combination they can “really lead to a problem.”

One major pest facing honeybees are Varroa mites, parasites that feed on the bodily fluids of bee adults, pupae, and larvae and that have spread across the country over the last 30 years. These pests found their way to the U.S., most likely after hitching a ride on bees that were illegally brought into the country from Brazil, in defiance of a ban on live honeybee importation that’s been in place since the 1920s. Besides weakening the colony, the mites can also transmit viruses to their hosts.

Enter Paul Stamets, a mycologist, author, and founder of Host Defense Organic Mushrooms. Stamets launched BeeFriendly, an initiative to support honeybees through innovative research on fungal-derived products for bees with the goal of increasing bee lifespans, reduce mite and viral numbers, and improve honeybee immunity. Sheppard teamed up with Stamets – the former is providing the “beehives and the wherewithal to do the experiments both in the laboratory in incubators, and in the field in beehives,” Sheppard says. The duo is testing some of the fungal extracts as a way to increase bee immunity and kill Varroa mites without injuring bees.

So far the results have been positive. Initial experiments on 300 honeybees who consumed the mushroom extracts reduced their viral load by 75 percent and it extended bees lives in controlled settings by 30 to 100 percent, depending on the insect’s life cycle, according to Host Defense. An extract of the Amadou mushroom, when compared with the control, reduced the Deformed Wing Virus by more than 1,000 times, according to Sheppard. While the results are showing reduced viral loads, the researchers still need to prove that these methods will help the entire colony to survive, he says.

Stamets and Sheppard are also working with a pathogenic fungus called Metarhizium that attacks and kills the Varroa mite, but won’t harm the honeybee – they’re growing a huge batch of fungi that will be used for a major field test this fall. Sheppard says he’s looking forward to continuing the experiments and is happily surprised by the public’s interest in helping honeybees.

“We all know honeybees are in trouble, and that they are really important for agriculture in this country, so any kind of attention we can bring to it is good,” he says. “The interest in beekeeping and in the public asking what they can they do to help the honeybee, I’ve never before seen it in my lifetime.”