This Gadget Could Reduce Pesticide Use By Up To 99%

It's made using some old videogame parts. 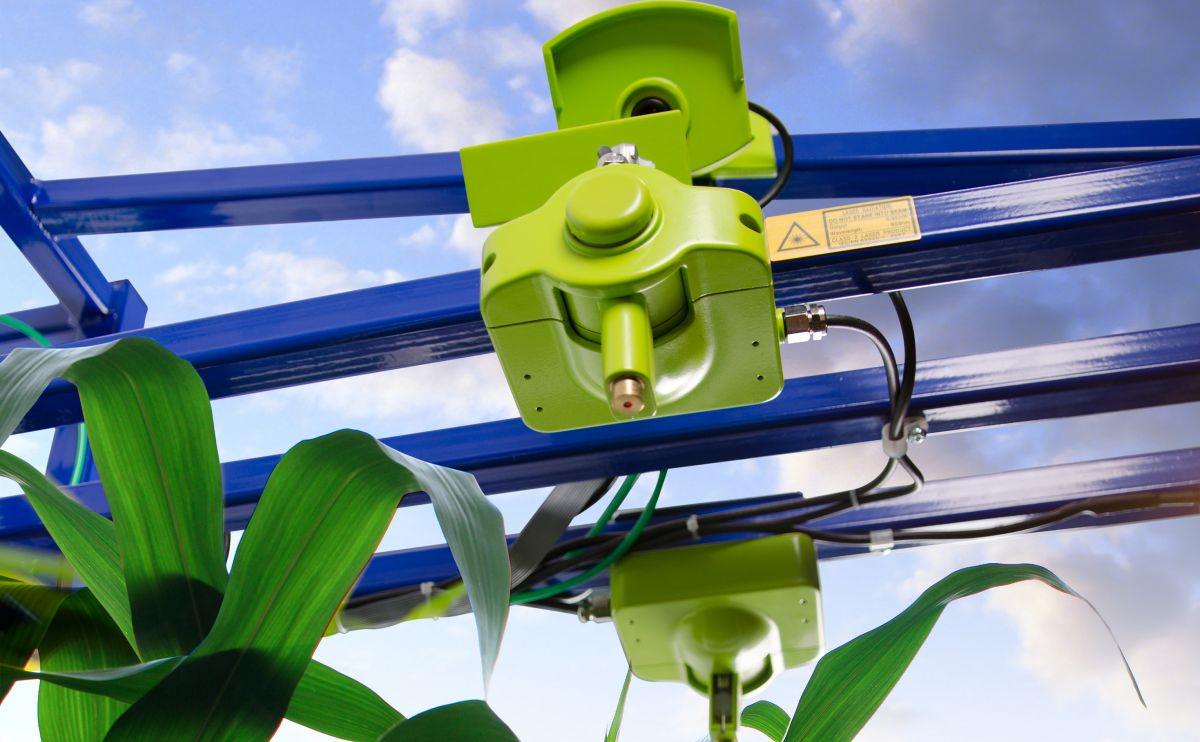 Cambridge Consultants, based in both Cambridge, England, and Cambridge, Massachusetts, develops all kinds of high-tech projects, from medical technology to consumer gadgetry. One of their pet projects is in bringing big tech to agriculture, working with robotics and data collection to make farming more efficient. But this new project, which doesn’t quite have an official name yet, especially caught our eye.

Though many leading industrial pesticides are never really “good” for the environment, a larger problem is their overuse. With massive fields to maintain and quotas to fill, farmers don’t have the luxury of inspecting every plant and selectively treating outbreaks of pests or weeds. It’s not just the actual pesticides but the enormous quantity in which they’re used that contributes to so many problems.

Cambridge Consultants’ new device is a selective sprayer which can recognize and spray individual leaves or bugs, even while moving at a speed of 25mph, plenty fast enough for a drone or other unmanned aerial vehicle. The device uses off-the-shelf parts – the camera system was actually yanked from a PlayStation accessory – so the real work is in the software.

The team compares the system to skeet shooting: The timing has to be perfect to spot an offending object within a stream of non-offenders, move in position, and let loose with a spray just ahead of the object so that the time it takes for the spray to reach the object is considered. But this is much harder than skeet shooting, given the tiny size of the target.

“By targeting only specific foreign leaves or pests, the amount of chemicals dispensed is dramatically reduced – with drift and run-off virtually eliminated,” writes Niall Mottram of Cambridge Consultants in the company’s press release. It’s a pretty amazing execution, though given the project’s early status, there’s no information yet about how much this kind of system would cost, or how many individual sprayers would be necessary to cover, say, an acre of land. Still: Even if the product doesn’t get halfway to its potential (which the company estimates at up to 99-percent reduction in pesticide use), that’d still be an incredible achievement.