The Amazing New Way to Grow Tomatoes: In Tomato Waste

How do you use waste if you're growing in a soil-free environment? 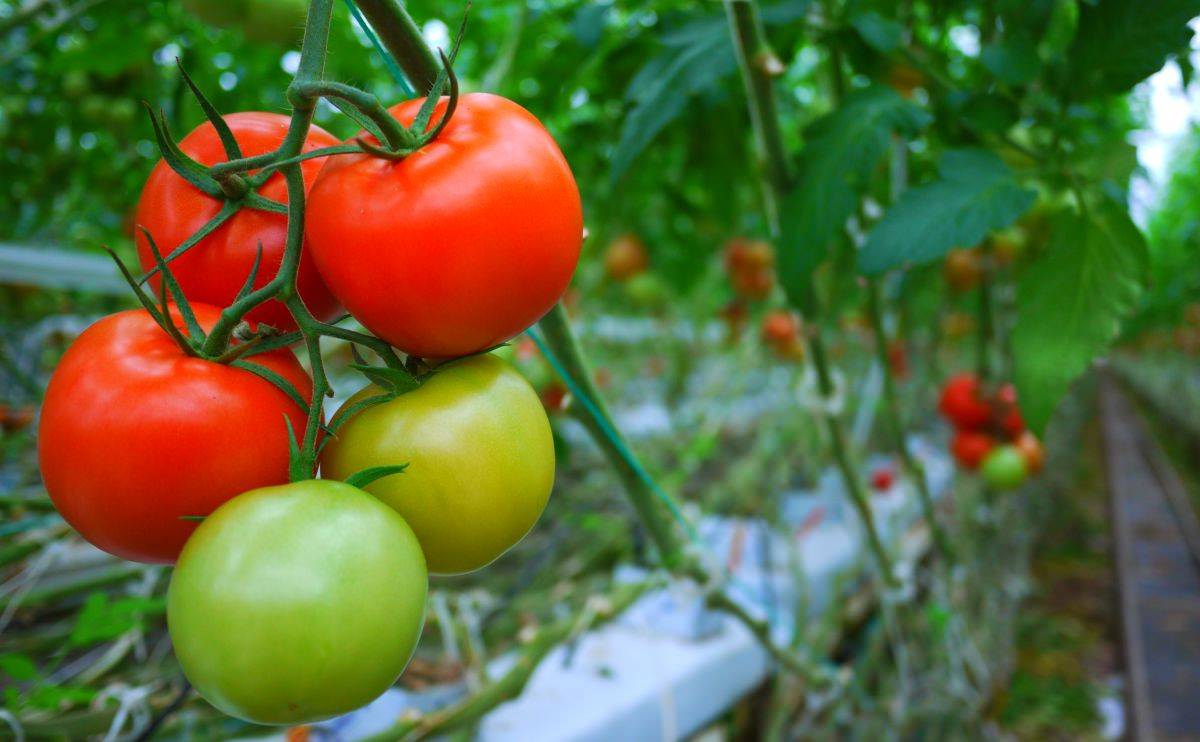 There are plenty of ways of using waste to grow crops, the oldest and most obvious being the use of compost. Compost is great! We love compost. But it isn’t of much use in the myriad ways you can grow crops without soil, including hydroponics and aeroponics. A new study out of New Zealand and published in the journal HartScience, comes up with a way to reuse green waste in a hydroponic system – and even better, that waste can come from the crop itself.

There are two main concepts to understand here before you can grasp exactly why this is such an interesting idea. The first is biochar, which is basically charcoal created from “green waste,” which is exactly what you think it is. Charcoal is created through heat in an environment without oxygen; often that’s done by burying. The biochar in this study comes from the waste of tomato plants (stems, roots, leaves).

The other concept is the substrate. In a hydroponic system, when a plant is planted in what’s basically a moving stream of water in which nutrients are dissolved, the substrate is a porous bit of…something…that holds the plants in place. Most commonly the substrate is spun rock (a.k.a. rock wool), which is basically cotton candy made of rock. Sawdust is also a pretty popular substrate.

The researchers in this study attempted to use tomato waste biochar as a substrate for a hydroponic tomato, and compared it with pine sawdust. The biochar didn’t seem to affect the tomato’s growth rate or yield very much at all, compared with the sawdust, which sounds like a not-very-thrilling result, except! The goal here wasn’t to come up with a substrate that boosts growth, but instead to find a way to use green waste in an effective way.

By that barometer, this is a really exciting and successful experiment; the biochar was just as good at growing tomatoes as the sawdust! The study’s authors guess that, per hectare, biochar from the crops could produce between 13 and 50 percent of the substrate needed for the crop. And that’s great news for anyone concerned about energy use and waste. You can read the full study here.

The link to the article is broken, do you have another to replace it please?