The Outsize Importance of the Tiny Organic Seed

A benefit in California wine country honors our nation's public plant breeders - by putting their work on a plate. 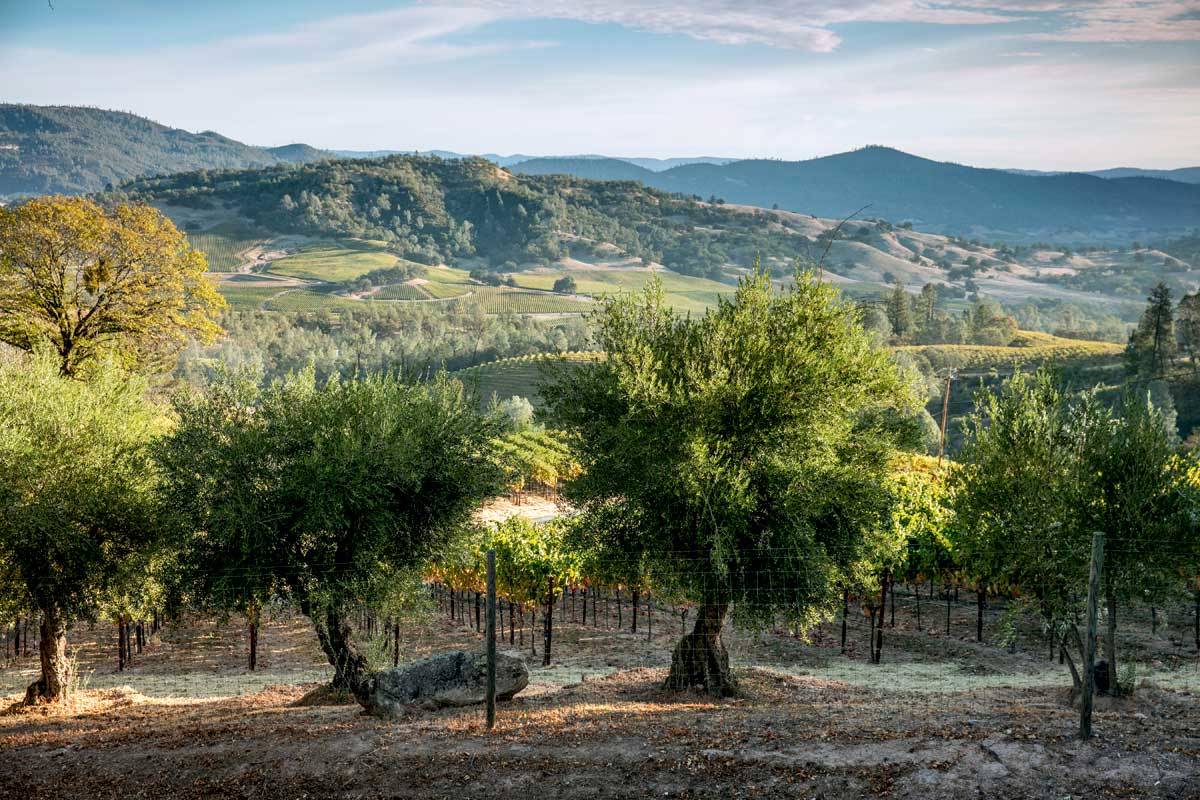 Parsley. Frank Morton is talking about parsley, possibly the least sexy, most maligned herb imaginable, often relegated to the role of garnish. And he’s excited.

“Parsley could be the new kale. You laugh, but I might make this happen,” says the owner of Wild Garden Seed, who’s spent much of the past 30-odd years living off the grid in Philomath, Oregon, where he breeds new lettuces, quinoas, and other edible plants. Morton is currently experimenting with parsley samples from around the world, sending them to chef-friends for taste testing, in the hopes of creating exceptionally flavorful, hardy varieties that won’t bolt prematurely.

Tonight, one of those parsleys, a flat-leaf from the Republic of Georgia, has migrated from the edge of the plate to headline a granita prepared by Matthew Accarrino of San Francisco’s Michelin-starred SPQR. The occasion: a dinner at the St. Helena, California, farm of Kit Crawford and her husband, Gary Erickson, who founded Clif Bar & Company. The event, benefiting Seed Matters (an initiative of the couple’s nonprofit Clif Bar Family Foundation), aims to push the now-ubiquitous farm-to-table fundraiser a few levels deeper. 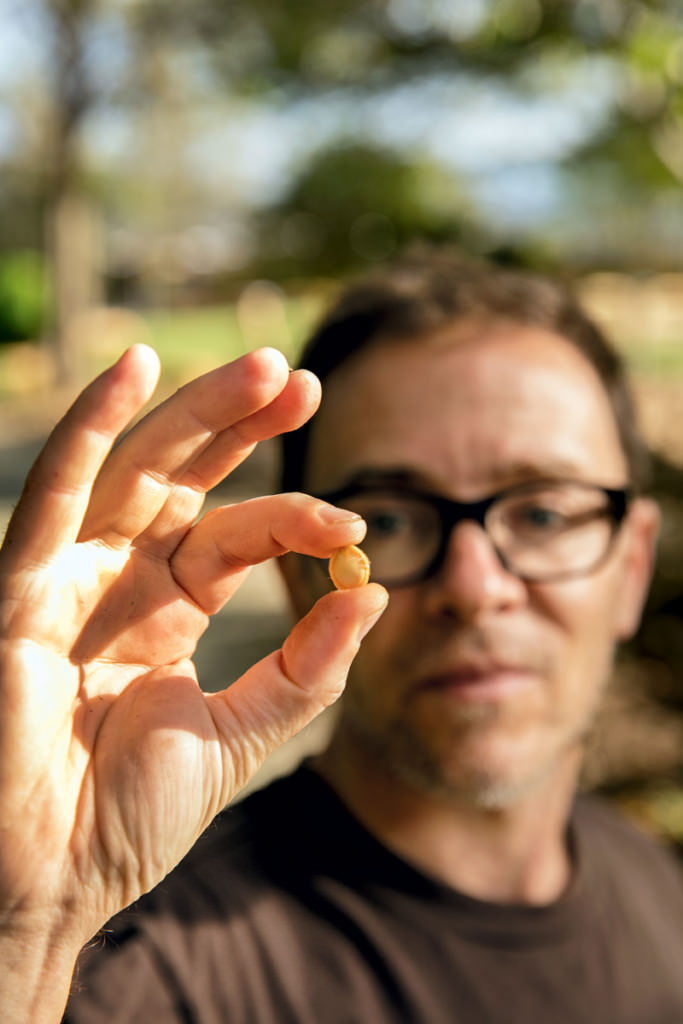 “The problem with the farm-to-table thing,” explains Matthew Dillon, who oversees Seed Matters as the director of Clif Bar’s agricultural policy and programs, “is that it jumps into the story halfway.” Long before a sprig of parsley or an ear of corn is harvested – much less cooked and eaten – the right seed must be planted. And the outlook for the people who do the work of developing that all-important source material? Bleak, at best.

During the past century, as agriculture has become more and more industrialized, flavor and genetic diversity have been sacrificed in favor of efficiency and yield. The result, says Cornell University professor Michael Mazourek, is the bland, “one-size-fits-most crops” that dominate today’s culinary landscape. He is among the plant breeders gathered in St. Helena to showcase the work of Seed Matters, which helps fund his research. Mazourek’s chile peppers, including the ‘Habanada’ – “It’s a habanero without the blistering heat. Get it?” – were paired with burrata cheese for an appetizer. “But this is not just about what we’re eating now,” says the scientist, who teamed with New York chef Dan Barber to create the squat ‘Honeynut’ squash. “It’s about what we’re leaving for future generations to build upon.”

Unfortunately, the seed business has consolidated in a few corporate hands over the years, and the Monsantos and Syngentas of the world patent their proprietary horticultural product. That’s why Clif Bar underwrites university endowments, fellowships, and grants, supporting the kind of public research that produces open-source varieties any breeder can access. Seed Matters also emphasizes the importance of organic methods. “Seeds created in a conventional, chemically dependent environment,” Dillon explains, “yield far less resilient plants.”

Another downside of privatization: Corporate control has given plant breeding a bad rap. “People think it means ‘genetically engineered,’” says Lane Selman, a researcher at Oregon State University and the founder of the Culinary Breeding Network, which connects breeders and chefs. “The heirloom boom of the nineties helped people see the value of preserving seed, but they don’t understand that it can get even better.” Traditional breeding methods, she says, hit the sweet spot between heirlooms and GMOs, producing flavorful, nutrient-rich edibles that are also disease resistant. “We want to show that plant sex is not a four-letter word.”

Bill Tracy certainly doesn’t shy away from the subject. “Corn is extremely promiscuous. We have to keep our plants isolated to prevent cross-pollination,” says the University of Wisconsin”“Madison professor and one of only two public sweet-corn breeders in the United States. He and the other scientists at the Seed Matters benefit – Jim Myers of Oregon State University, Washington State University’s Stephen Jones, and Irwin Goldman of the University of Wisconsin”“Madison – represent our nation’s best hope for better-tasting food. It would be hard, in fact, to underestimate the collective brainpower gathered here under an autumn sky. Thao Pham, the vice president of community at Clif Bar, jokes: “We are in earthquake territory. What if something happens?” 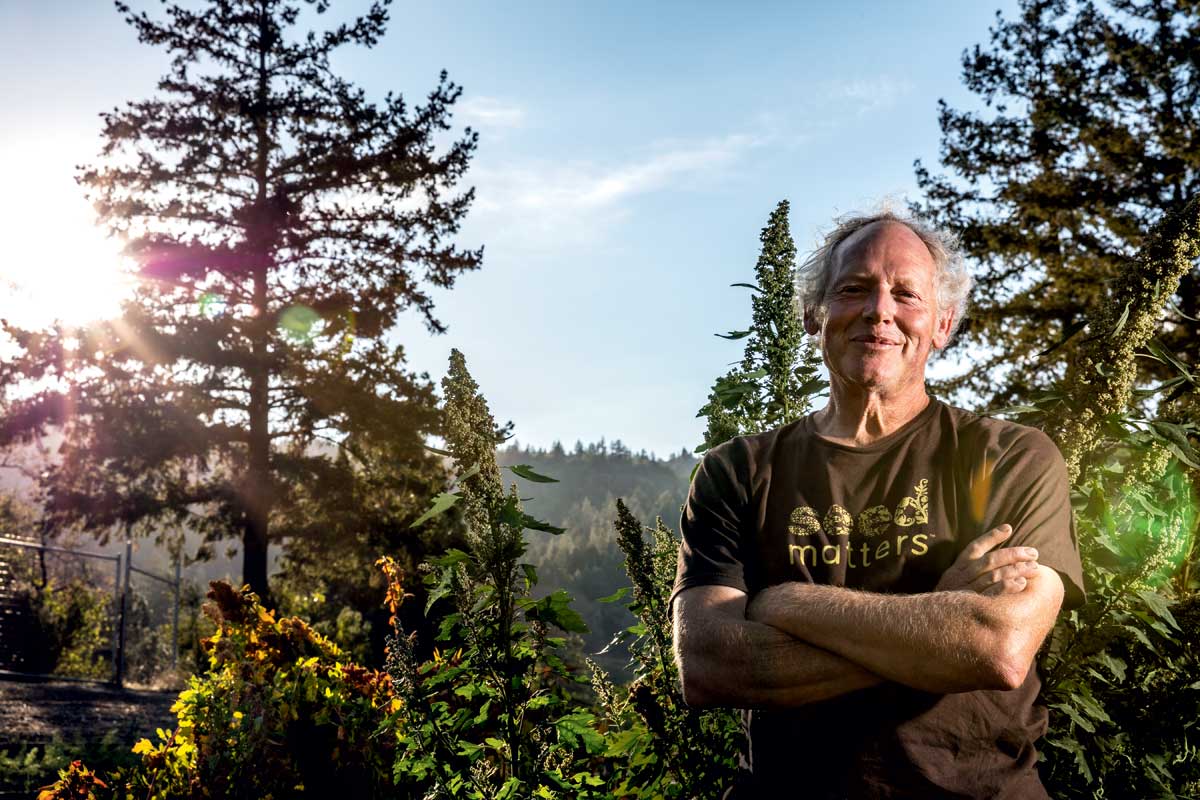 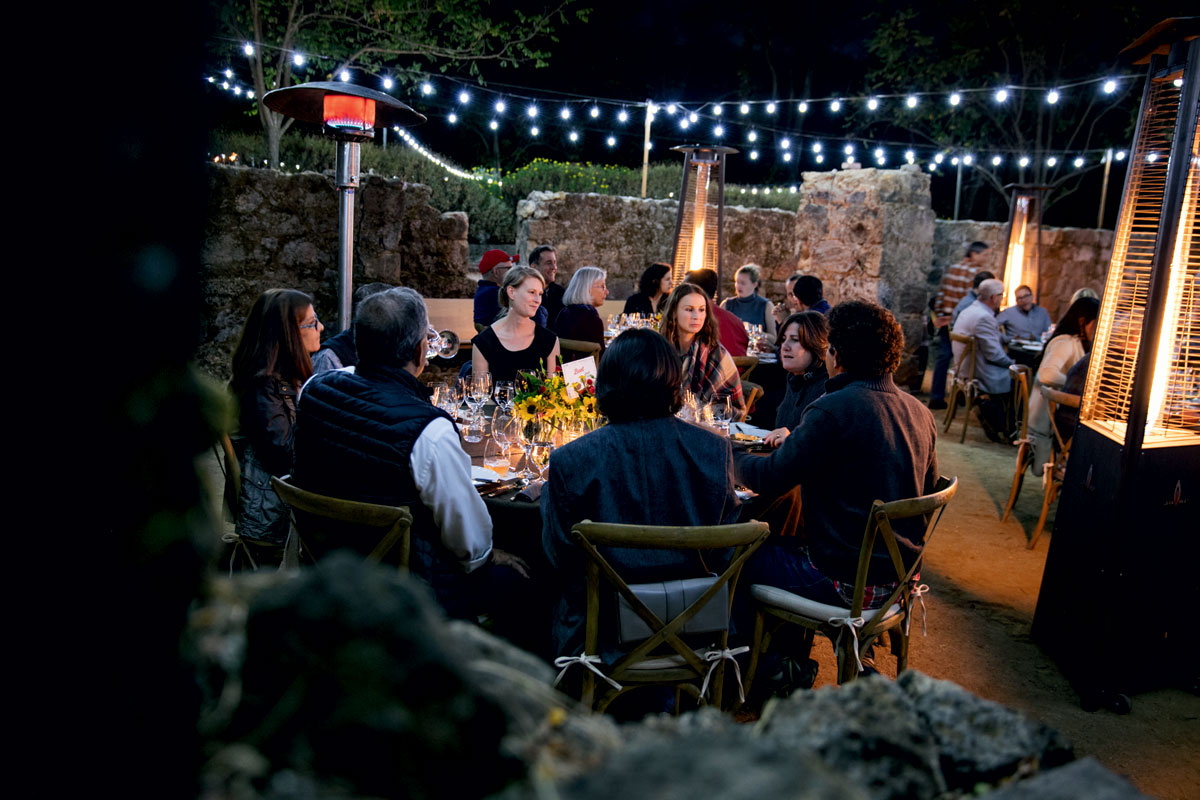 Dinner was served in the ruins of an old Pony Express station on Erickson and Crawford’s farm.

If the festive atmosphere tonight is any indication, Seed Matters is breathing new life into traditional plant breeding. Morton, for one, says he’s noticed a great deal of enthusiasm among the next generation. “They’re realizing seed is just so primary. There used to be clubs for people who saved seeds,” he adds. “You don’t hear about them nowadays, but I could see it catching on in a second.”

VIDEO: How the Clif Bar Family Foundation showcased the work of the plant breeders the program supports at a benefit dinner: 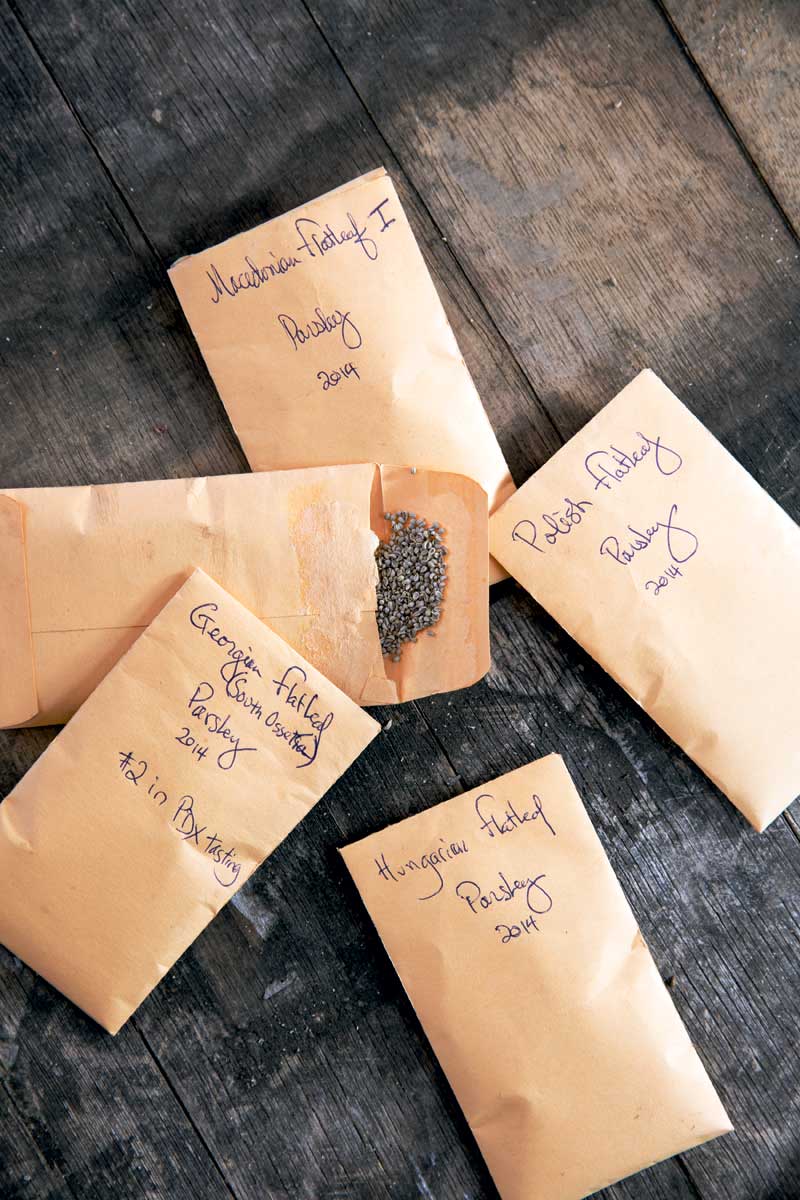 The USDA’s gene bank system provided Morton with parsley germplasm from around the world. 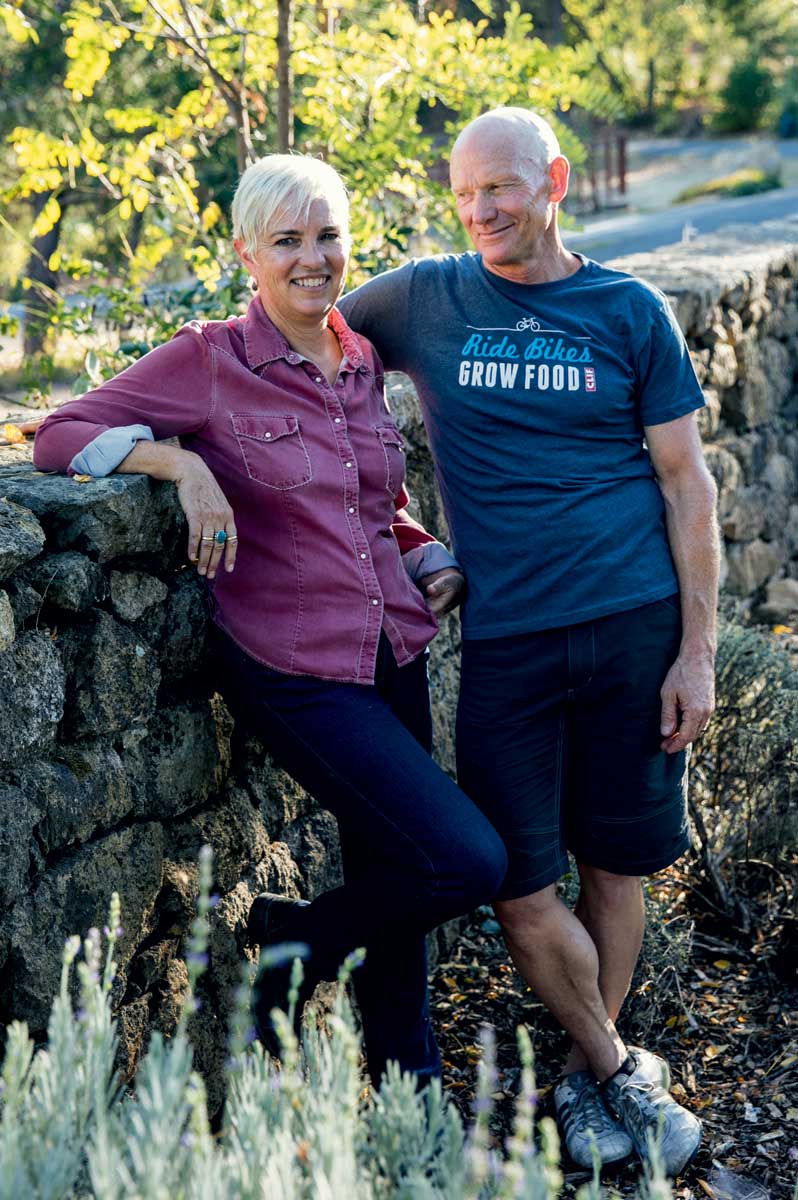 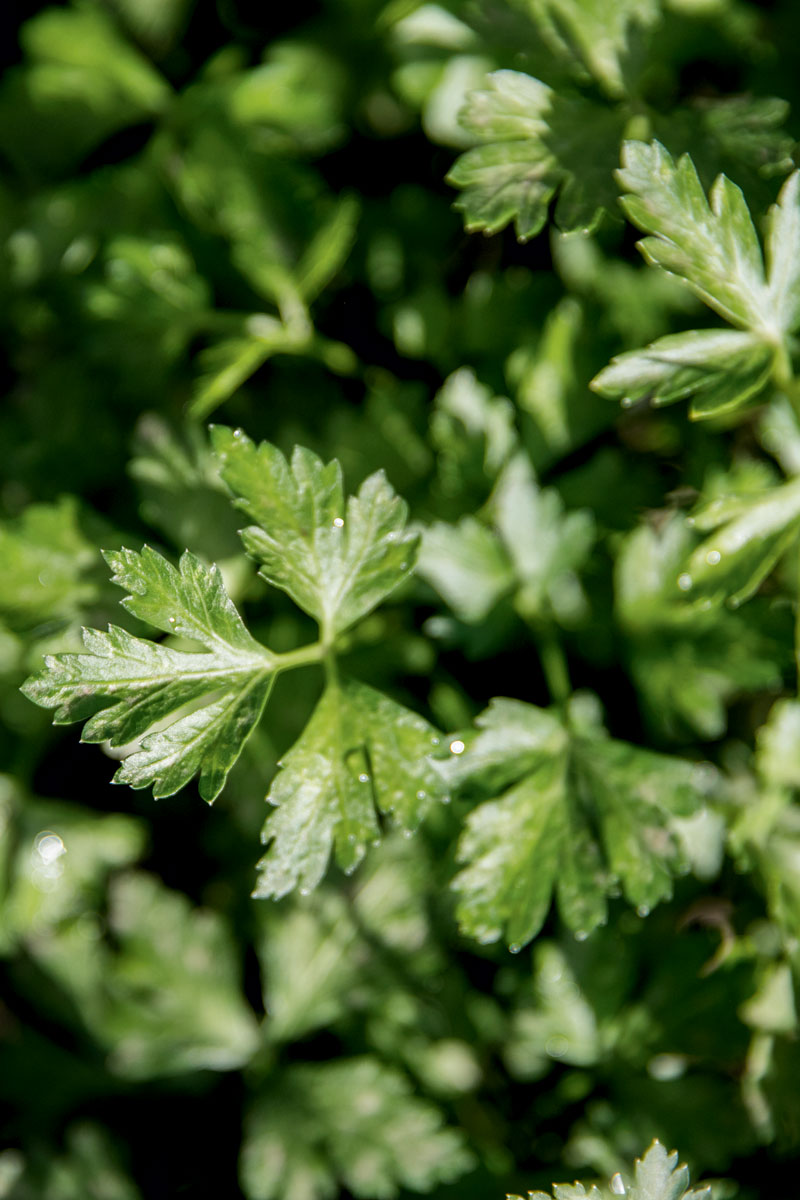 Frank Morton sent this flat-leaf parsley from the Republic of Georgia, and others he’s experimenting with, to chef-friends for taste testing. 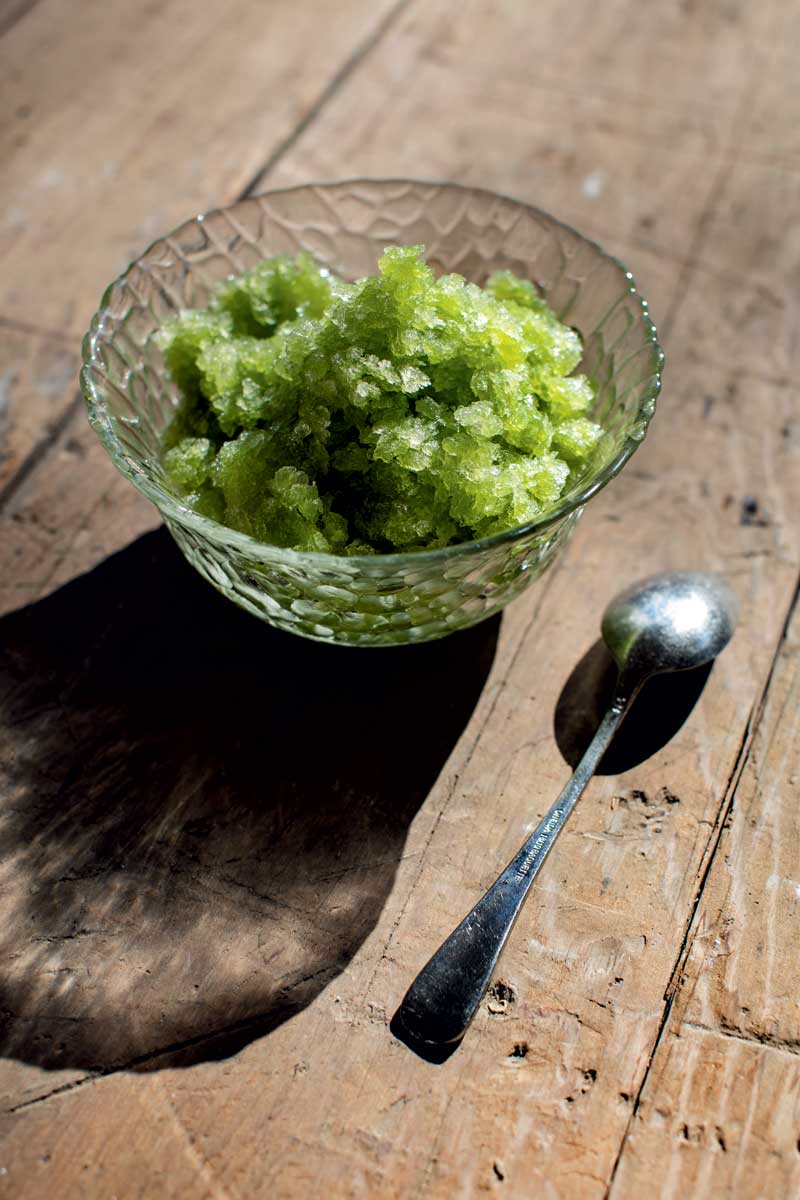 The Georgian parsley flavored a palate-cleansing granita, prepared by Matthew Accarrino, the chef at SF’s SPQR. 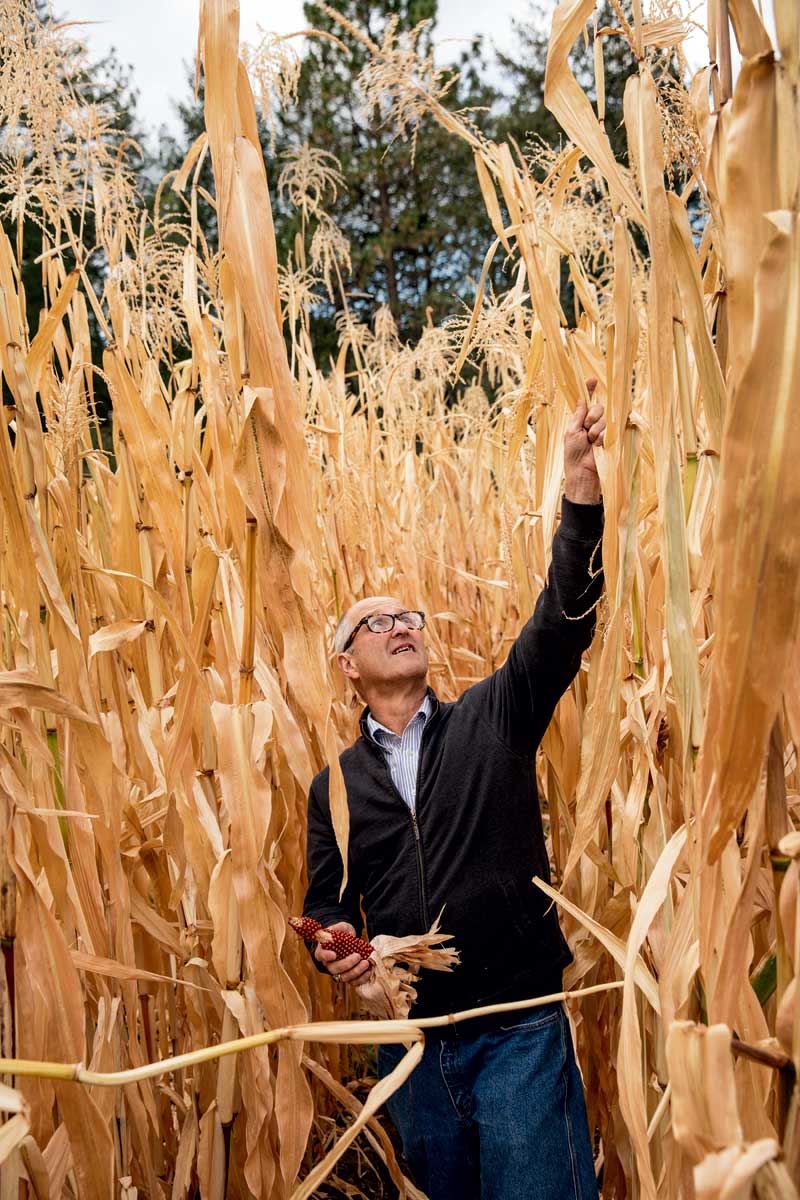 Bill Tracy, chair of the agronomy department at the University of Wisconsin-Madison, stands in a field of Clif Floriani Red Flint corn. 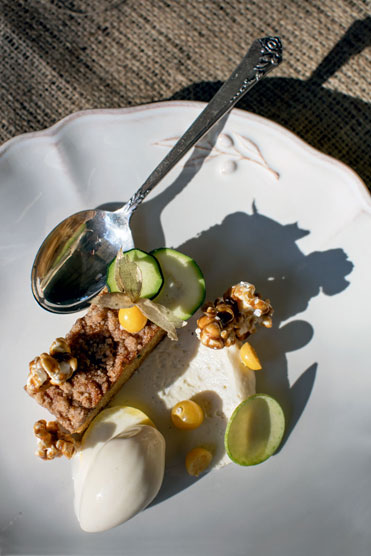 A creamy gelato sweetened by Tracy’s ‘Who Gets Kissed?’ corn accompanied a cake made with ‘Tromboncino’ squash, bred by Jim Myers of Oregon State. 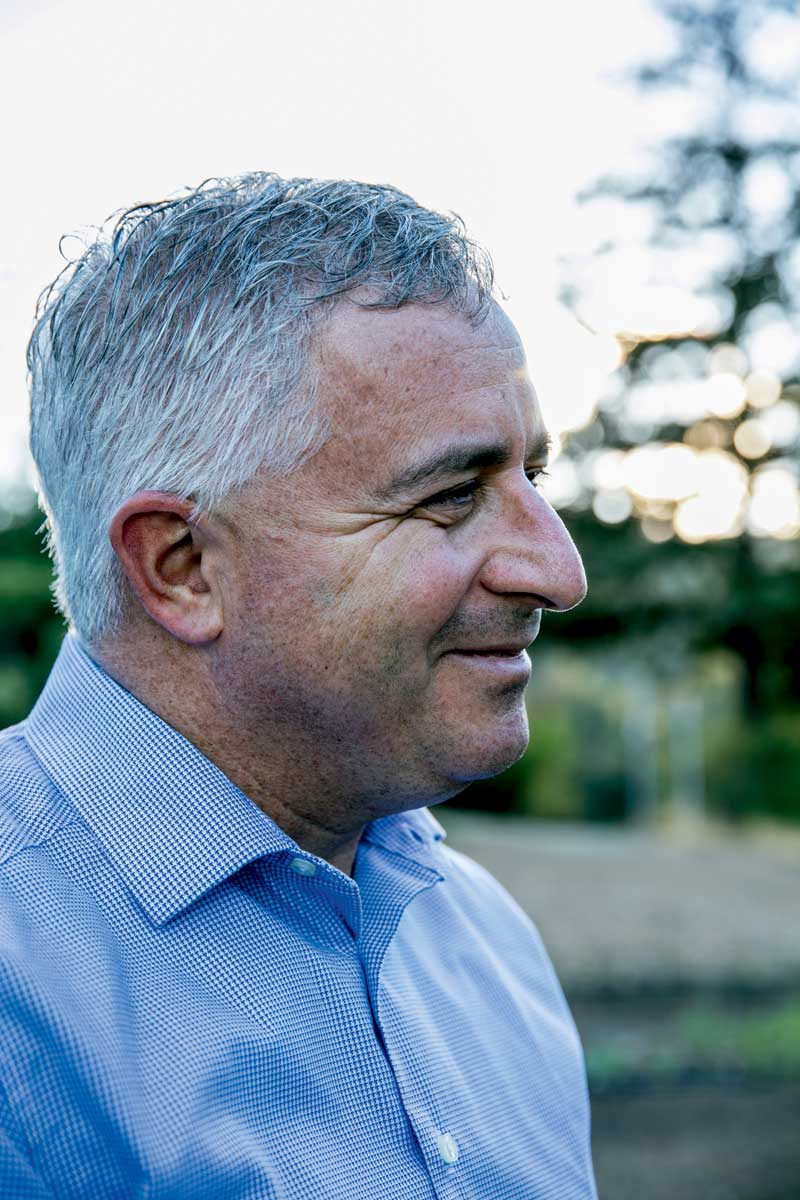 Irwin Goldman, chair of the horticulture department at the University of Wisconsin-Madison, specializes in beets and carrots. 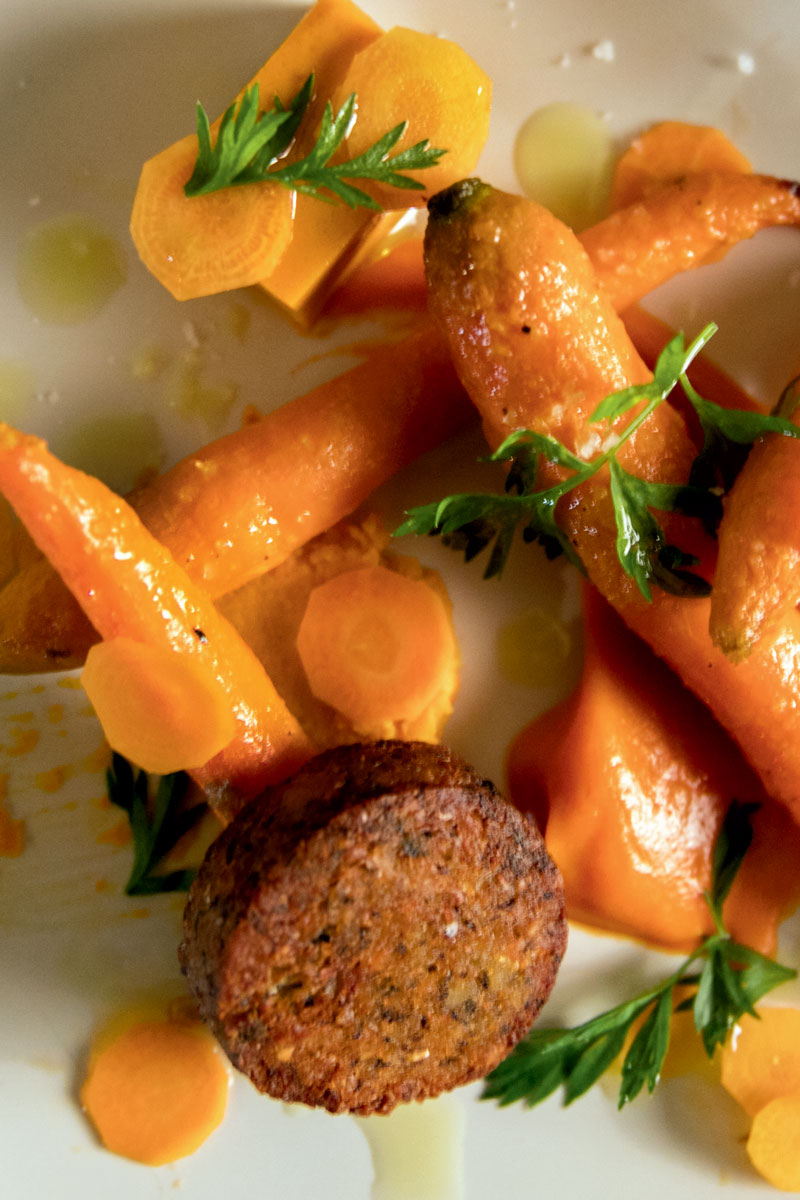 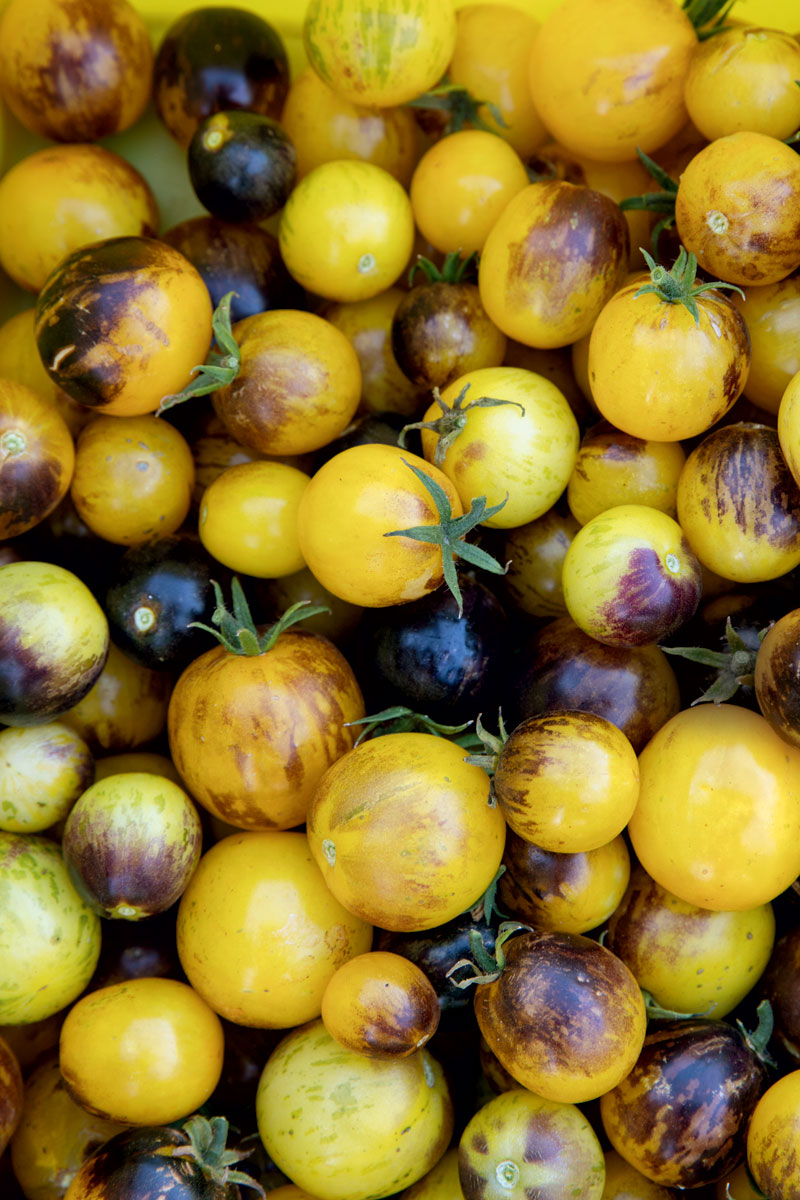 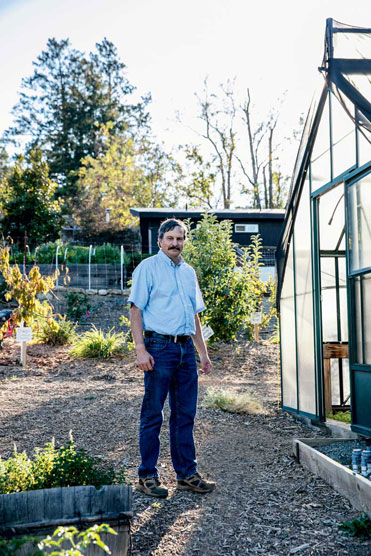 Jim Myers, a professor at Oregon State University, has built a career around beans and tomatoes. 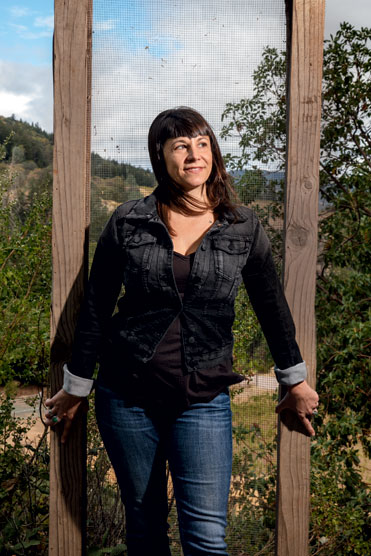 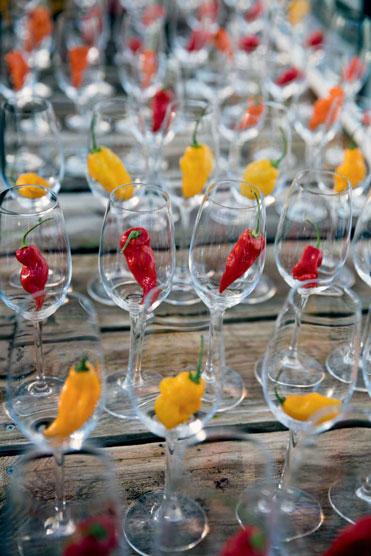 Guests were encouraged to consider the bouquets of mild chile peppers (bred by Jim Myers and Michael Mazourek) before biting into them. 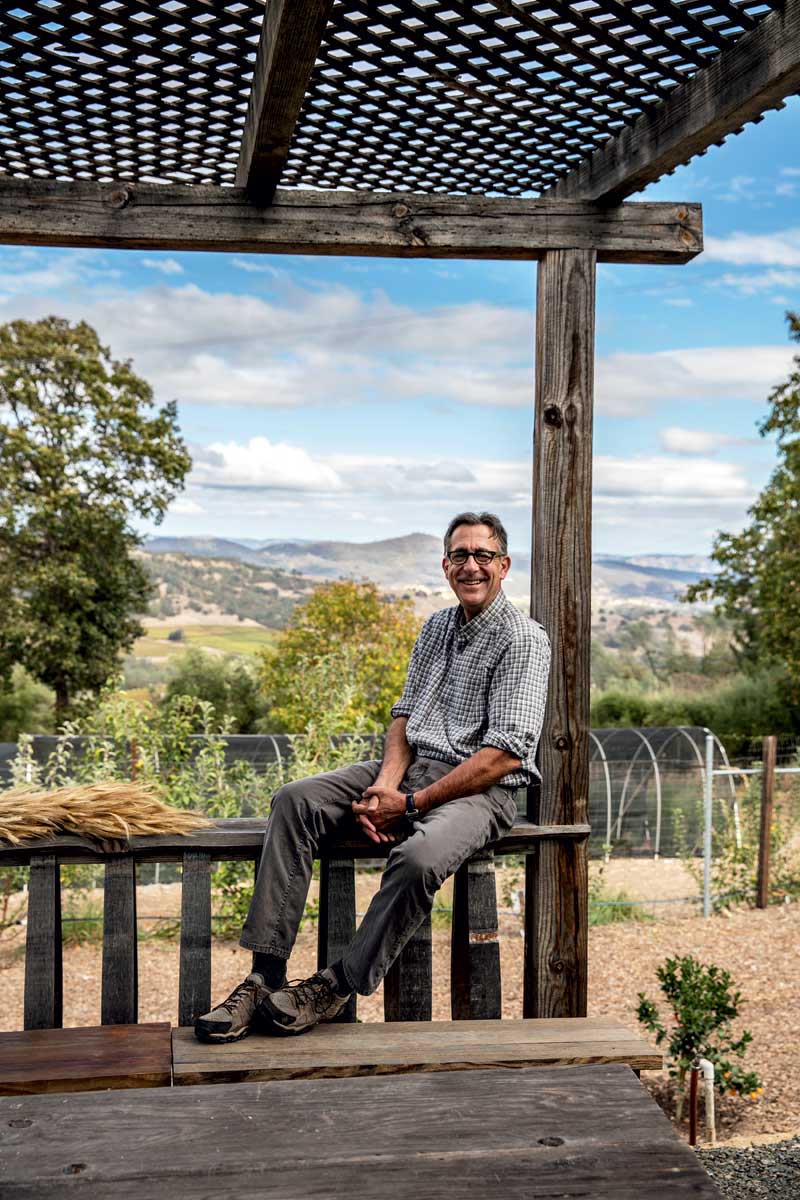 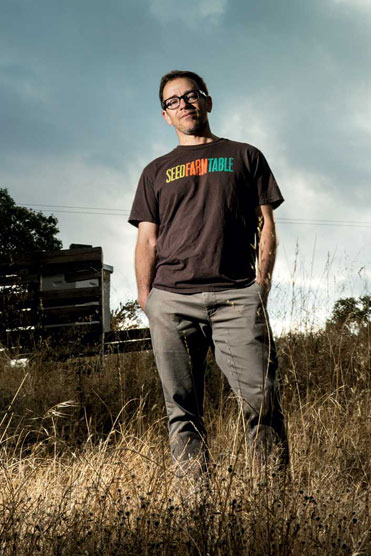 Before joining Clif Bar & Company as its director of agricultural policy and programs, Matthew Dillon served as executive director of the Organic Seed Alliance. 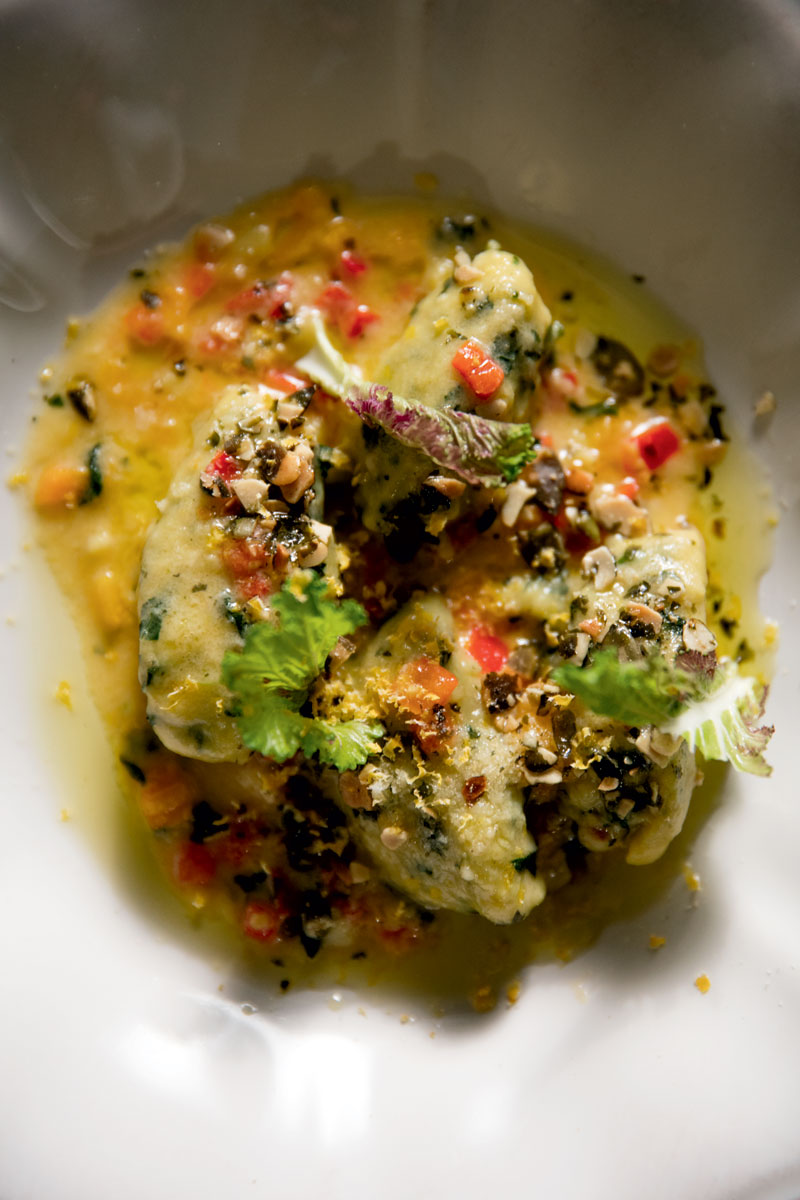 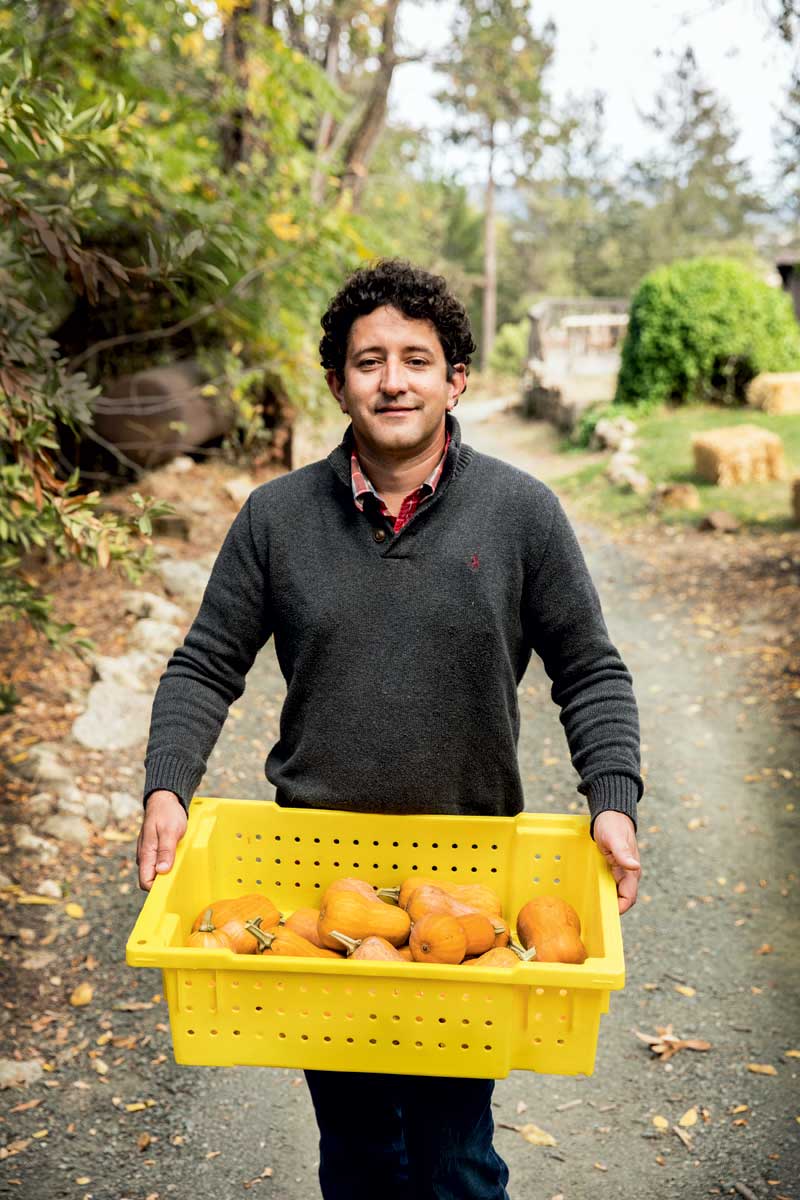 Matthew Mazourek, a professor at Cornell University, carries a crate of ‘Honeynut’ squash, which he developed in collaboration with New York chef Dan Barber.

Popular
Could Dissolvable Cranberry Film Replace Plastic Packaging Someday?Emily Baron Cadloff
Alaskan Salmon Face a Stream of New MinesBecki Robins
7 Smokable Plants You Can Grow That Aren’t MarijuanaBrian Barth
Why Don’t We Eat Turkey Eggs?Dan Nosowitz
Where Has All the Mustard Gone?Chloe Faure
Explore Modern Farmer
Related
Environment, Food & Drink
Where Has All the Mustard Gone?Chloe Faure
Animals, MTMF
Meet the Maine Teenager-Turned-Landscaper Thanks to Grazing GoatsBridget Shirvell
Animals, Food & Drink, Lifestyle
The Great (Sticker Shock) ThanksgivingLindsay Campbell
Labor, Politics
For Young Farmers, Land Access Will Make or Break the 2023 Farm...Emily Baron Cadloff
wpDiscuz
We use cookies on our website to give you the most relevant experience by remembering your preferences and repeat visits. By clicking “Accept”, you consent to the use of ALL the cookies.
Cookie settings ACCEPT
Privacy & Cookies Policy