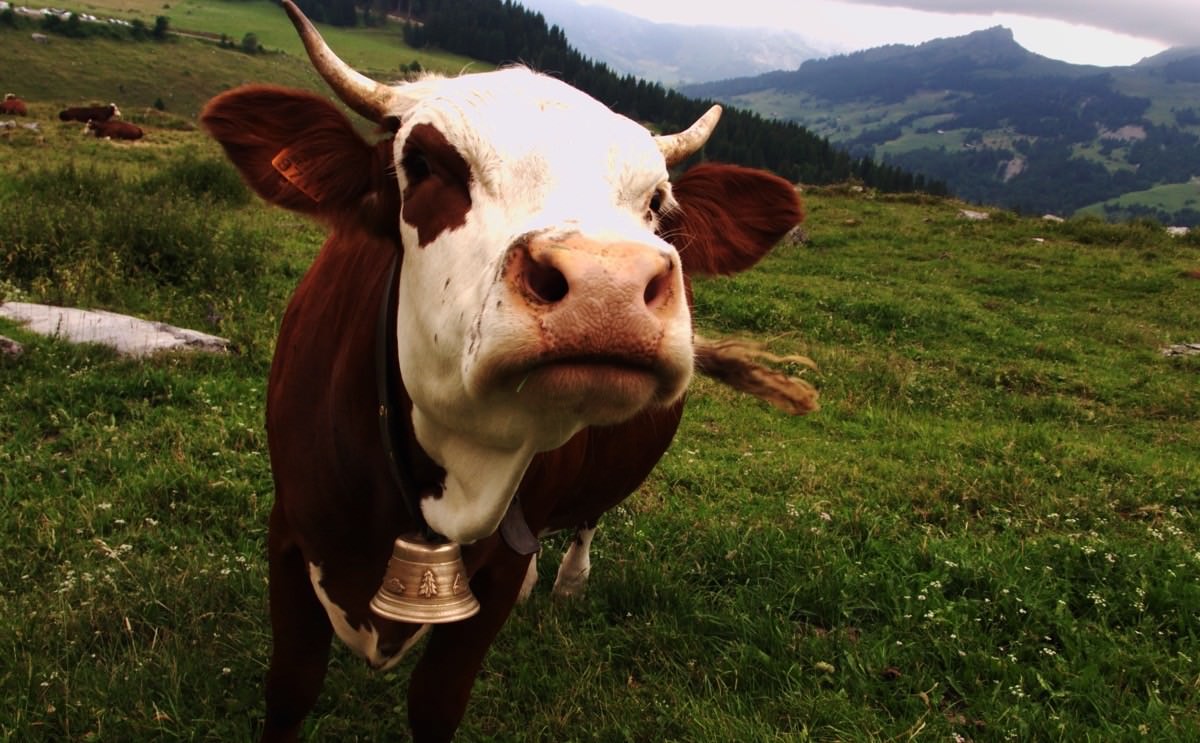 It’s a common joke that “cow farts” are a major cause of greenhouse gases, but it’s a joke that would be a lot funnier if it wasn’t, well, pretty much accurate. The worst offenders in the release of methane are energy companies, drilling for coal and oil and natural gas, but agriculture isn’t far behind. Within the agricultural sector, livestock comes second only to rice farming as the creator of the most methane gas. Dairy cows alone produce about 200 liters of methane every day.

This is natural, sort of. Cows, like plenty of other animals, rely on a diet that’s relatively high in volume and low in nutrition. Grasses, their main dietary item, are mostly fiber, which means they’re tough to break down. Cows manage to do this by having multiple stomachs, each one taking a turn at bashing the mass of greens down to absorbable nutrients, and those stomachs contain many varieties of friendly microorganisms.

The microorganisms eat the fiber and other indigestible parts of the grasses and produce methane as a byproduct, in the same general way that yeasts eat sugar and produce alcohol. Unlike alcohol, though, methane is of basically no use to anyone; the cow can’t do anything with it, so it releases it, usually as a burp. Cows burp, like, constantly. It’s what they do.

Previous attempts to interrupt this process have not been all that successful. Says the agricultural department at Penn State in a post from 2008: “The problems with some of these mitigation strategies to reduce CH4 are potential toxicity to the rumen microbes and the animal, short-lived effects due to microbial adaptation, volatility, expense, and a delivery system of these additives to cows on pasture.”

But a new team, also coincidentally from Penn State, have a new system that might succeed where others have failed. The team added a supplement, a methane inhibitor called 3-nitrooxypropanol, or 3NOP, to their cows’ food. This particular supplement doesn’t try to stop the microorganisms from doing their work, or try to suppress the cow’s need to burp. Instead, it stops the very last step in the microorganism’s eating process, stopping them from producing methane.

The team found that not only did use of this supplement reduce methane emissions by 30 percent, it also caused the cows to gain weight, to the tune of 80 percent more than the control group. That’s not unexpected; the whole methane release process sucks energy from the cows, and without it, they’re free to plump up. The researchers also note that the supplement did not seem to put the cows in any discomfort or pain.

This is a long way from getting approval for wide use, but it’s a really promising step forward for reducing the amount of gas our beloved cows produce. You can read more about it here.

Popular
Yes, the Government Really Does Stash Billions of Pounds of Cheese in...Emily Baron Cadloff
How to (Actually) Get Rid of Fruit FliesEmily Baron Cadloff
Paddleboarding Goats Make a Splash on Prince Edward IslandNoah Lederman
7 Smokable Plants You Can Grow That Aren’t MarijuanaBrian Barth
What to Do With an Abundance of PeppersShelby Vittek
Explore Modern Farmer
Related
Environment, Plants
Making the Case for IntercroppingShea Swenson
MTMF
Meet the Modern Farmer Helping Immigrant Farmers Sell Their ProduceBridget Shirvell
Animals, MTMF
Paddleboarding Goats Make a Splash on Prince Edward IslandNoah Lederman
Animals, Environment
Ugandan Farmers Embrace Maggots as Solution to Fertilizer ShortageShea Swenson
wpDiscuz
We use cookies on our website to give you the most relevant experience by remembering your preferences and repeat visits. By clicking “Accept”, you consent to the use of ALL the cookies.
Cookie settings ACCEPT
Privacy & Cookies Policy