6 Secretly Poisonous Plants We Eat All the Time 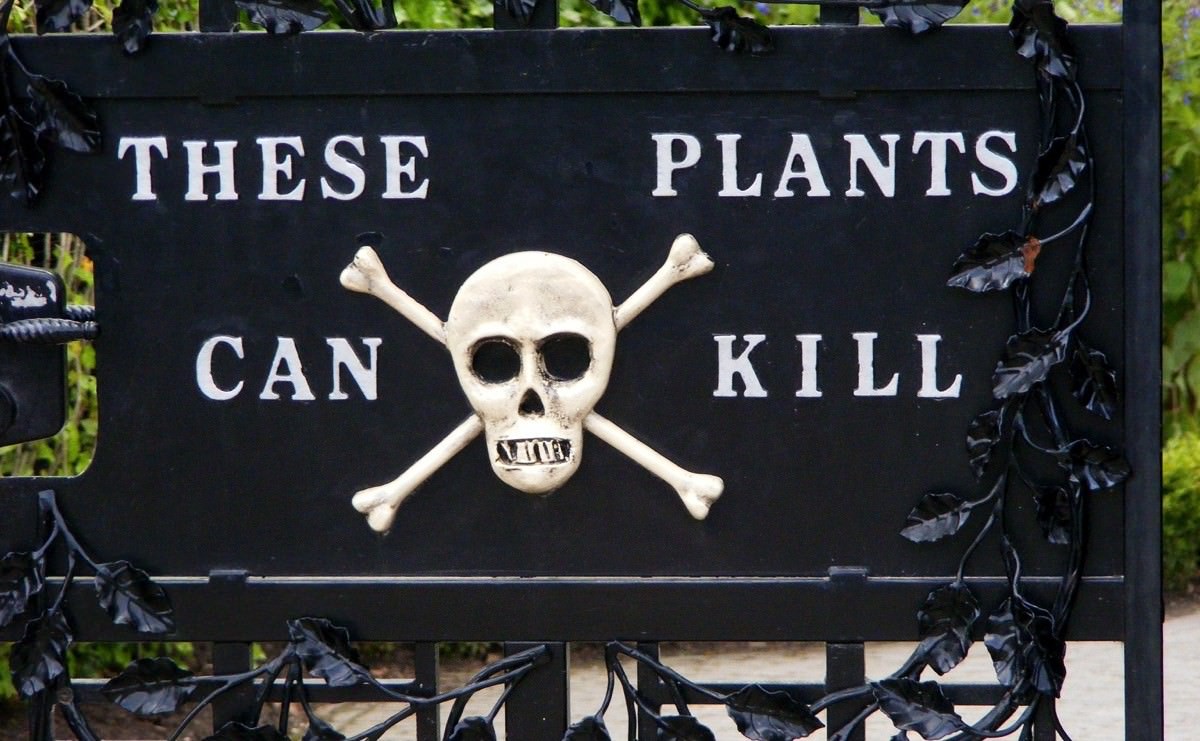 When Europeans first encountered the tomato on their earliest visits to the New World, it was feared. A bright red—suspiciously bright red—fruit in the same family as the Deadly Nightshade, a legendary poisonous plant? No, thank you!

The tomato, of course, is not poisonous, but the Europeans were right to be wary of it. There are plenty of fruits, vegetables, tubers, and other plants that we heartily consume that are, secretly, dangerous to our health if prepared or eaten improperly. Here are some you may not have known about.

I know, I just said the tomato isn’t poisonous. The fruit isn’t, but the leaves, roots, and stem (and, in limited doses, even some unripe fruit) are rich in tomatine, an alkaloid that’s mildly toxic to humans. It won’t kill you, unless you chow down pounds and pounds of it, but it is likely to cause you some gastrointestinal distress. 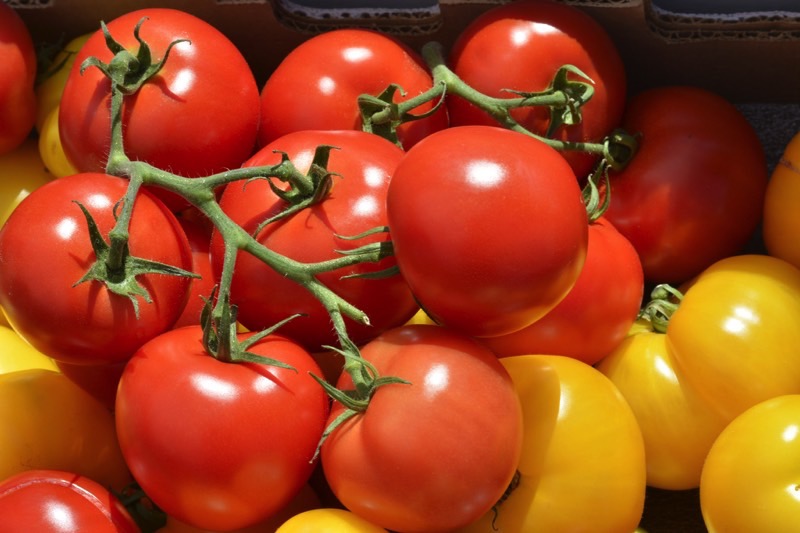 The seeds of all of these fruits are not considered edible; they’re hard, bitter, and unpleasant. That bitter flavor is a protective element: The plant puts it there to discourage animals like us from destroying them. And it comes from a substance called amygdalin, which turns into cyanide when it comes into contact with acids in the human digestive system. Cherries, apricots, peaches, and nectarines have the substance in much higher concentrations than apples, but all of the seeds and pits in these fruits are fantastically tough. Even if you swallowed some? No big deal. Your body will simply pass them out. That said, please do not pulverize and then consume cherry pits. 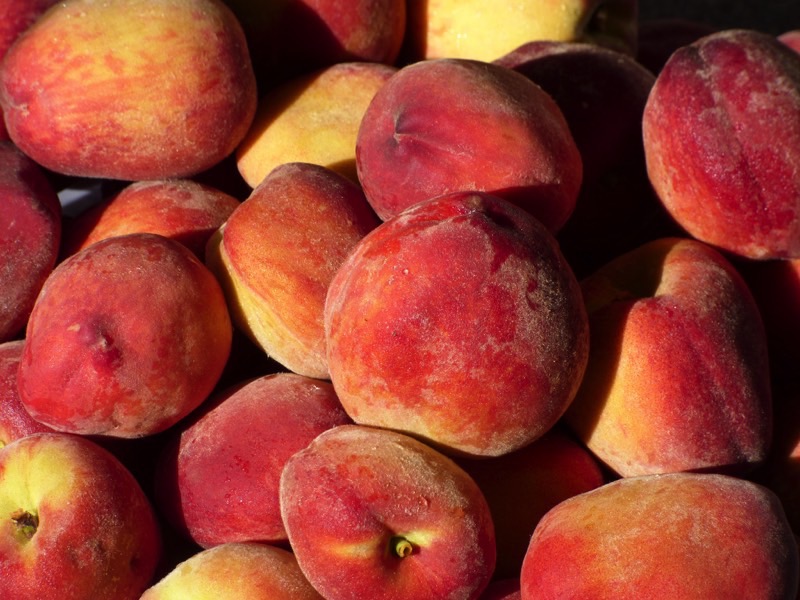 Many legumes can cause mild gastrointestinal distress when undercooked, but red kidney beans (the kind almost always used in chili) are special. Kidney beans contain phytohaemagglutinin, a chemical compound that I will always have to copy and paste because, are you kidding me with that word? Ingestion of even just a few undercooked kidney beans can cause serious diarrhea and vomiting. According to the FDA, it’s not fatal and rarely results in hospitalization, but it’s fairly common for people to end up sick after chomping down on some merely soaked beans. 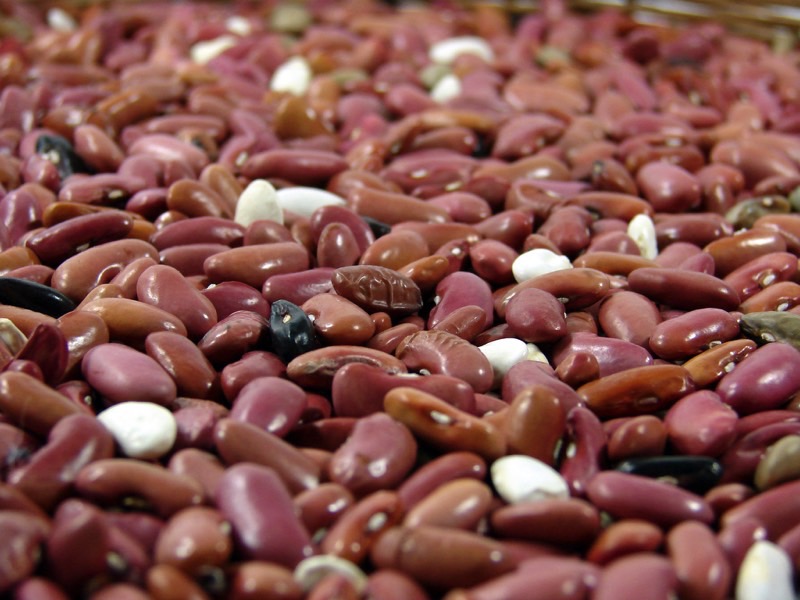 Rhubarb, a springtime stalk most commonly used in the creation of America’s best pie, the strawberry-rhubarb, is a very strange plant indeed. Most often used in sweet applications, it’s a sour vegetable that looks like crimson celery. And its leaves are spectacularly poisonous. Rhubarb leaves are very high in oxalic acid, which quickly causes kidney failure in humans. About 25 grams of pure oxalic acid is the average amount needed to kill a human. That said, rhubarb leaves aren’t pure oxalic acid, and it would take around 11 pounds of the leaves to secure that much. But still! I’d stay away. 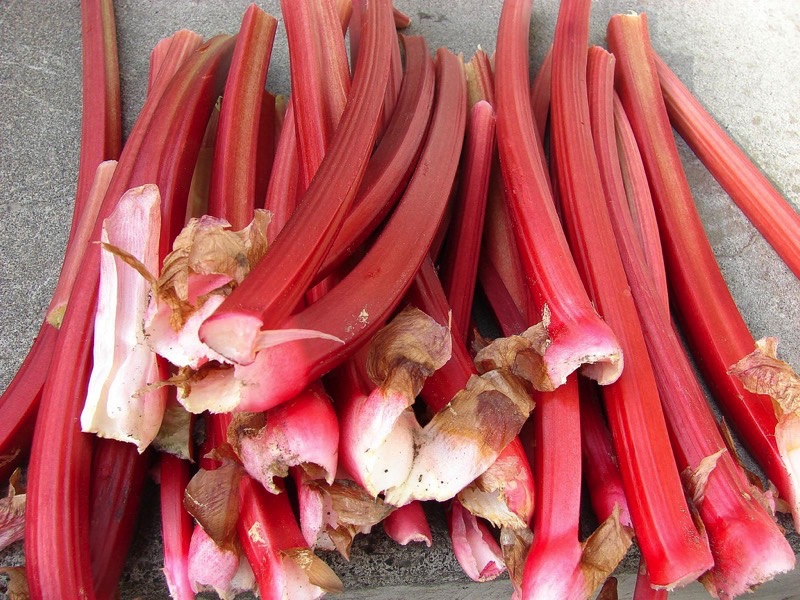 Like the rhubarb, the part of the asparagus plant that we love – the young stems – are perfectly safe to eat. But the asparagus hides a deceptive, nasty secret: Its fruit, which are bright red berries, are toxic to humans. Just a handful can cause vomiting and diarrhea, though a bit of charcoal will clear that right up, according to the excellently named Asparagus Friends site. 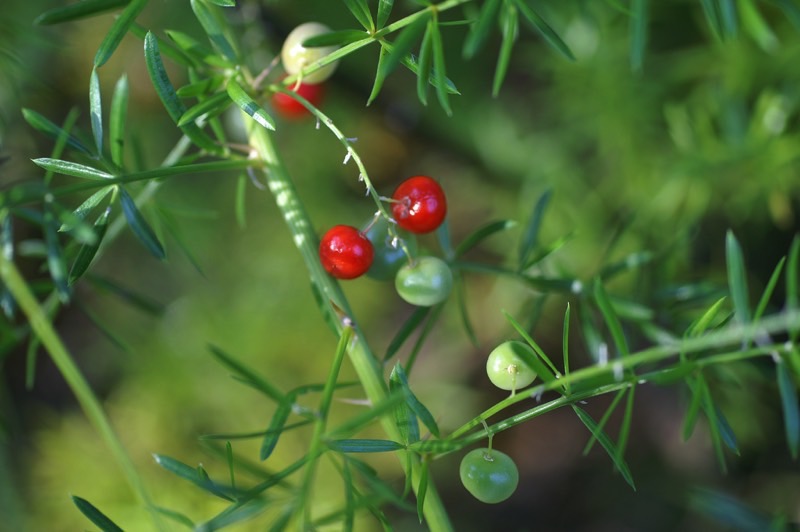 Cashews are another delicious product that should never, ever be eaten raw. (When you buy them, they’ve usually been roasted.) Native to the Amazon, the cashew is not really a nut, but rather a seed that protrudes oddly from the bottom of a fruit (also edible, though rarely seen outside the tropics) called the cashew fruit. You may have noticed that cashews are never found in their shell as almonds or peanuts are, and that’s because when raw, they’re covered with anacardic acid, closely related to the acid that makes poison ivy so irritating. It’s much worse when you eat it. 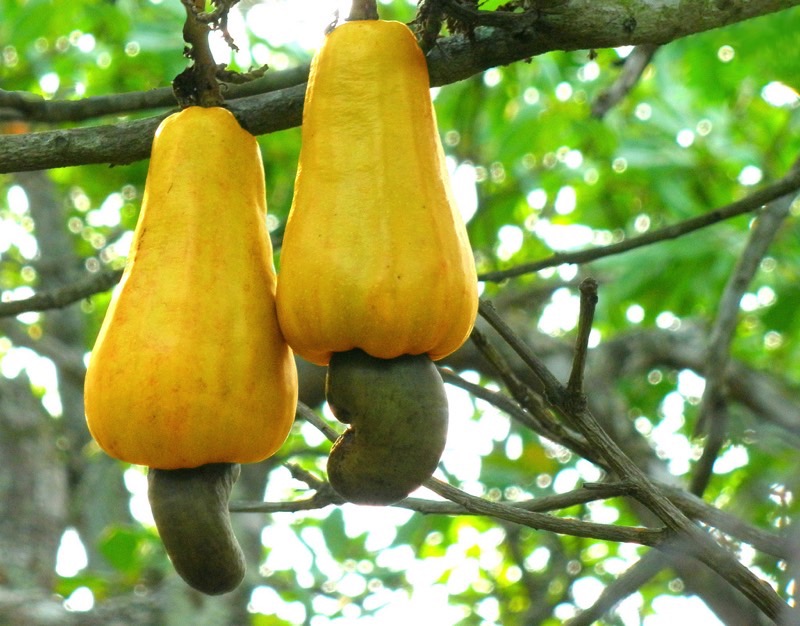 phytohaemagglutinin — take it apart and put it back together… makes it a lot easier:
phyto = plant
hemo/haemo = blood
agglutin = glued together
in = a chemical substance
phyto + hemo + agglutin + in = a chemical substance from plants which makes blood cells clump together — not something you’d want to have happening within your circulatory system

It is a little misleading to say “Cashews … should never, ever be eaten raw.” Store-bought raw cashews, which have their shells removed and are common to every health food store and most grocery stores are perfectly safe to eat. One just should not attempt to eat them raw directly from the tree, as the de-shelling process to make the seed safe is the dangerous and labor-intensive part.

Great, now I have to delete this article before my wife see’s it. 🙁

Tomatoes are dangerous in that they along with peppers, aubergine/eggplant and potatoes are all part of the NIGHTSHADE family and eating them may give your athritis pain sin your legs, hips and back!
If you are getting these painsa nd locked joints try cutting out all these fruits and potato for a week to see if your symptoms magically clear up!

And yet, and yet, deer invading my garden will chow down on rhubarb, tomato and potato leaves with no ill effects. Sigh.

Re: amygdalin and stone fruits here, it’s important to know that while you shouldn’t eat crushed up cherry stones raw, they’ve actually been an important food source for thousands of years in Siberia and in the Midwestern United States by indigenous people, and the flavor is incredible–a type of strong almond and dried fruit combo. I’ve been communicating with a Native American ethnobotanist who’s done tests in a lab to determine the content of amygdalin, which is typically concentrated in fruits in the Prunus genus. The fruit, chokecherries (Prunus virginiana) for example, are sun-dried, pounded, cooked and consumed, shells and… Read more »

I love Brazil Nuts and several years ago munched on them an entire weekend. Really, I waaay over-indulged! By Sunday night I was very ill. Nauseated but not vomiting, sweating, aching all over. I crawled to my computer and entered the name of my primary food for two days. Brazil Nut Poisoning popped up. It took two more days to recover. I’ve gone light on eating Brazil Nuts since then.
BTW, the were professionally shelled and sold in a health food store.

Thanks for your article.
It was just as educational as it was entertaining!

Thanks for the information