Why the Iowa State Fair is the Best - Modern Farmer
Lifestyle

8 Reasons Why the Iowa State Fair is The Best

Plenty of people say their state's fair is the best. No. You're just wrong. Iowa's is in a league of its own. 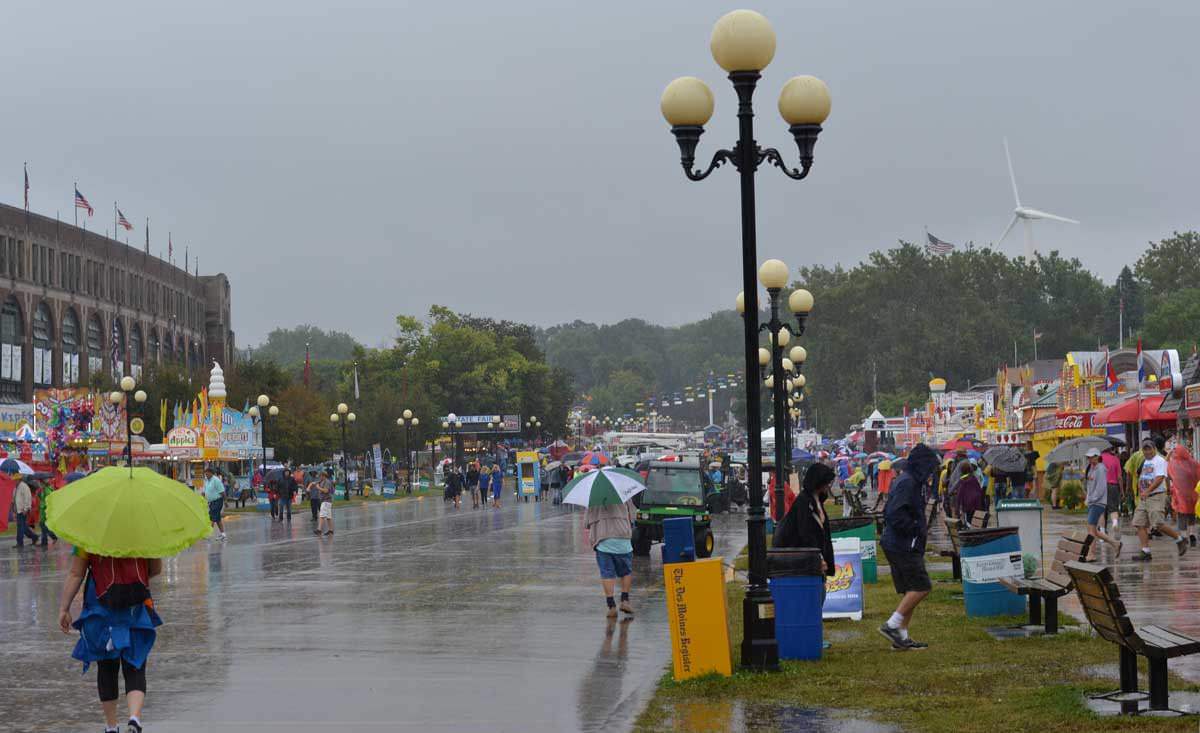 As many before me have reported, it’s listed as one of the 1,000 Places to See Before You Die, and in our summer issue, we called it the “rock star of state fairs.” There’s a reason for that. Plenty of people say their state’s fair is the best. No. You’re just wrong. Iowa’s is in a league of its own. (And, hey, give the state some credit. Aside from The Field of Dreams baseball diamond and sweet corn for days, Iowans don’t brag about much.)

This is a special year for the Fair because presidential candidates arrive and eat food on sticks with the locals. (Hillary Clinton, mind you, is one of the few politicians who’s learned to steer clear of the easy-to-mock corndog; she opted for a pork chop instead.) It’s the kick-off to a surreal Twilight Zone-esque season of Clinton and Sanders, Rubio and Trump trolling around Des Moines, Clear Lake, Iowa City, and the like until the Caucus on February 1 – after which they leave to invade New Hampshire.

I haven’t been to the Fair since I moved away from Iowa in 2006. So, on a very rainy Tuesday, I drove three hours to see if the experience still holds up. To my delight, it’s just like it used to be, i.e. The Best. And here’s why:

This is where each politician stands and stumps. On my visit, I was able to see (but unfortunately unable to hear, due to standing-room-only crowds that spilled out the doors) Ohio governor John Kasich. 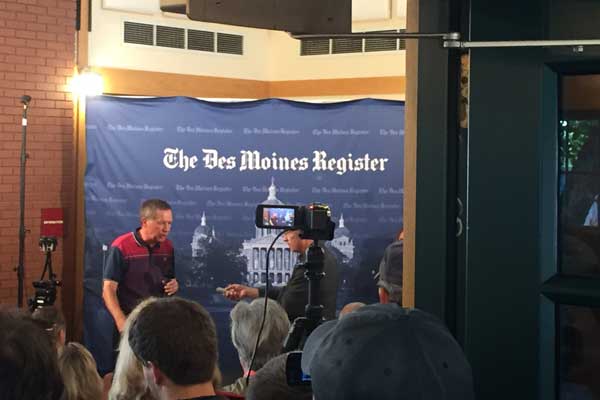 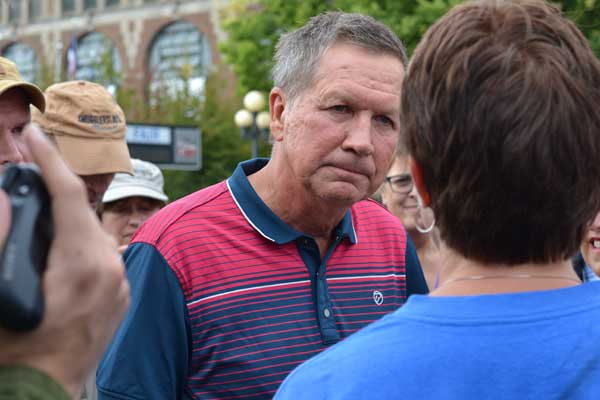 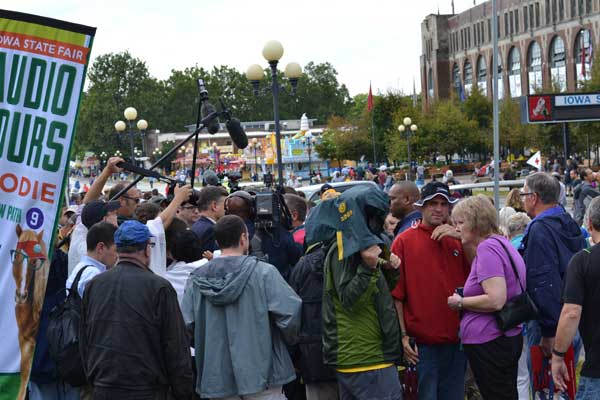 2) The abundance of corn, in every variety.

It’s great to eat, and it’s a great way to cast your vote, too. Here’s the current “Cast Your Kernel” poll standings: 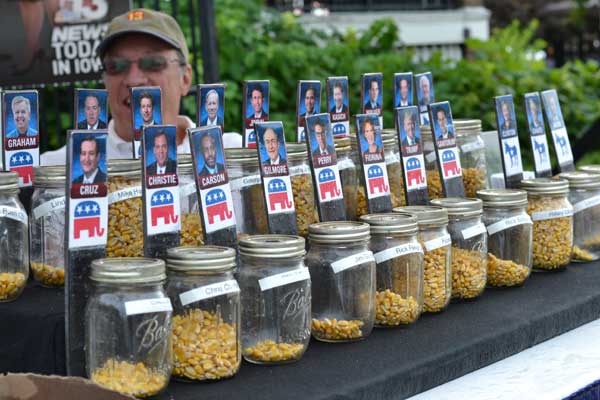 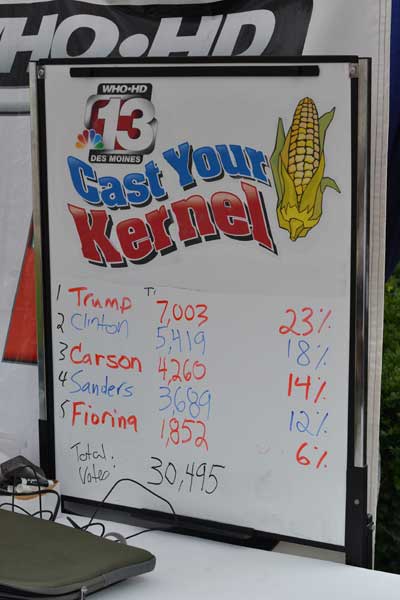 On the Avenue of Breeds, you meet a bevy of animals, including elk, cattle, rabbits, llamas, and more. But I was drawn to the Miniature Silky Fainting, Lamancha, and Angora goats because – in case you haven’t noticed – we have a thing with goats. 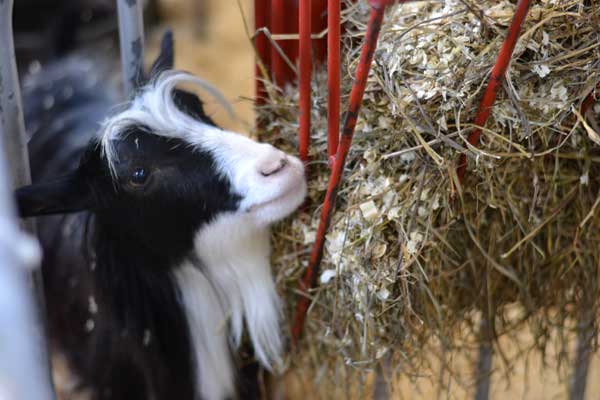 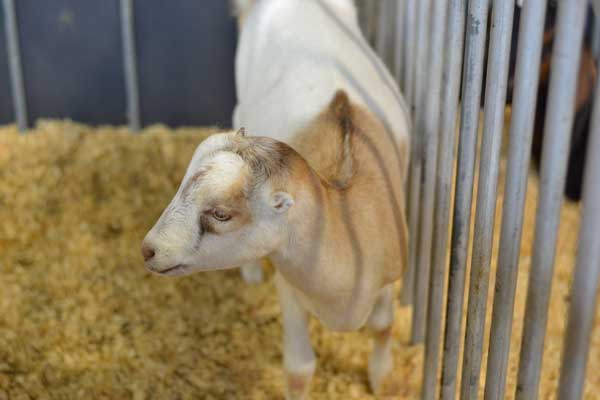 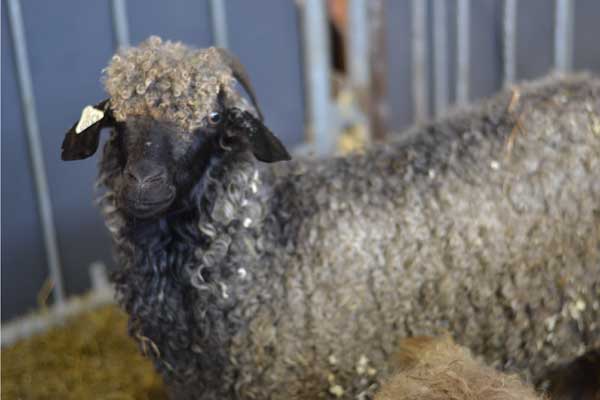 4) Fair fashion – particularly among the animals.

These sheep fashionistas are bringing neon back. 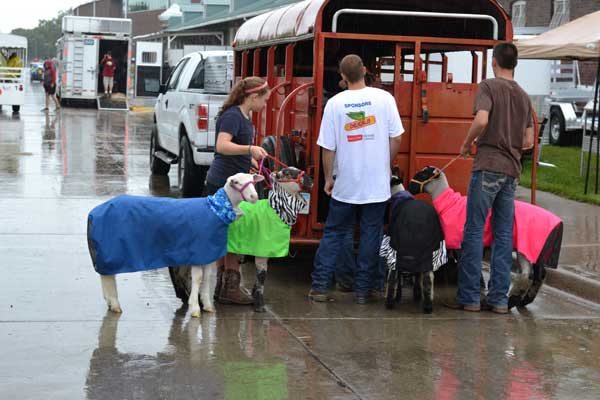 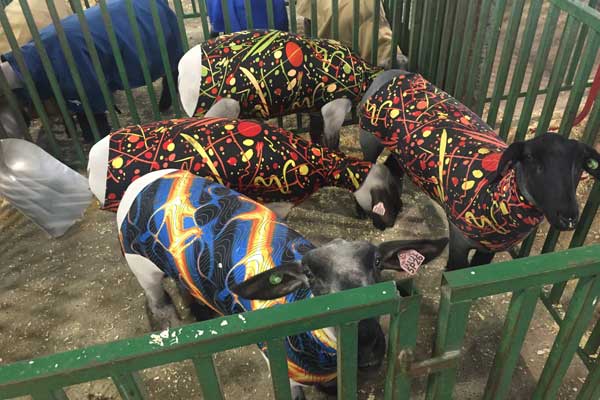 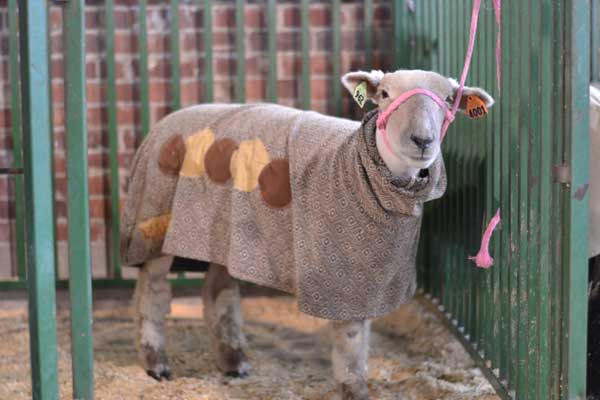 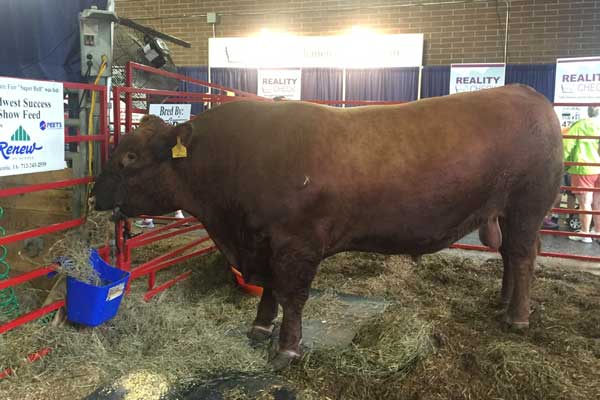 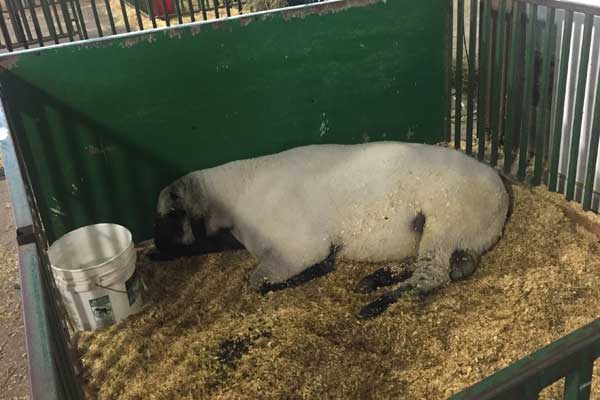 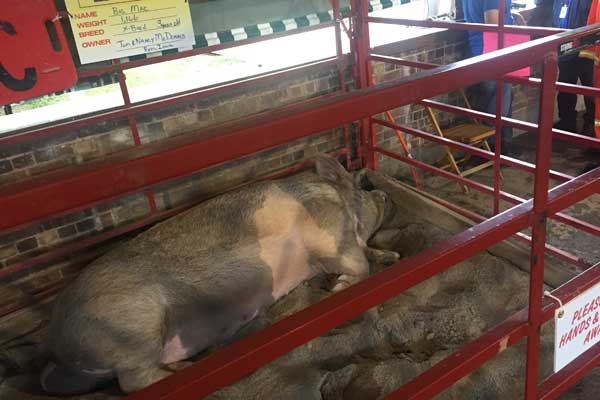 6) The appreciation for perfect produce.

I mean, have you ever seen a prettier onion? 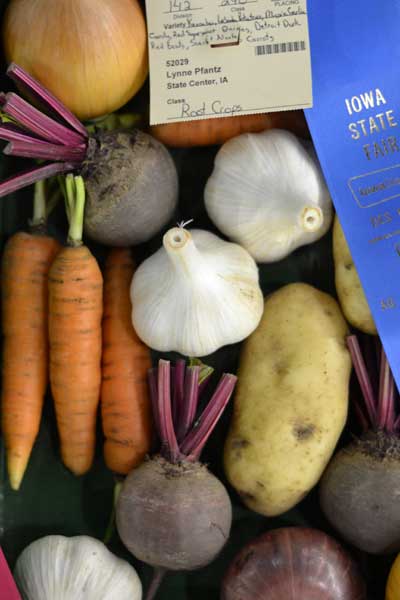 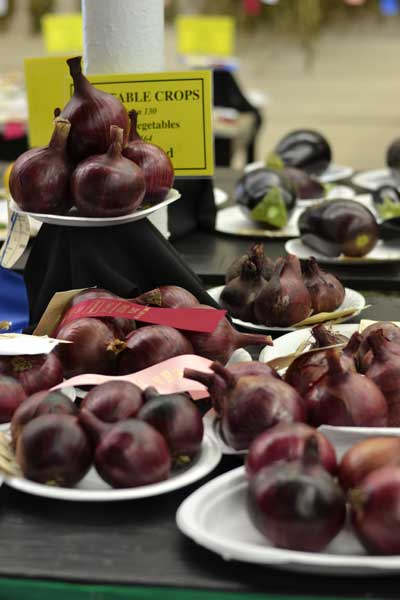 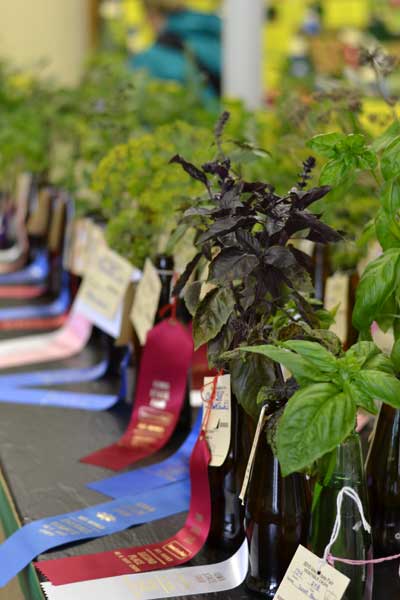 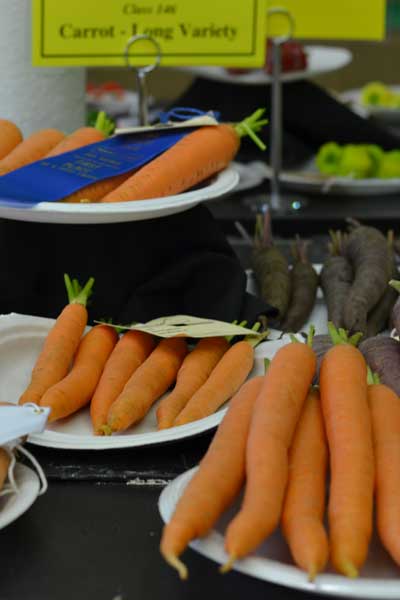 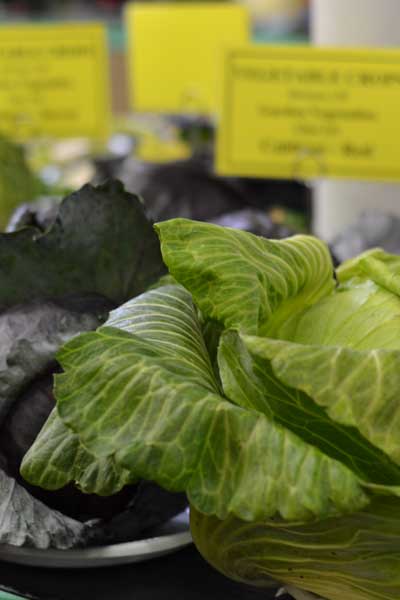 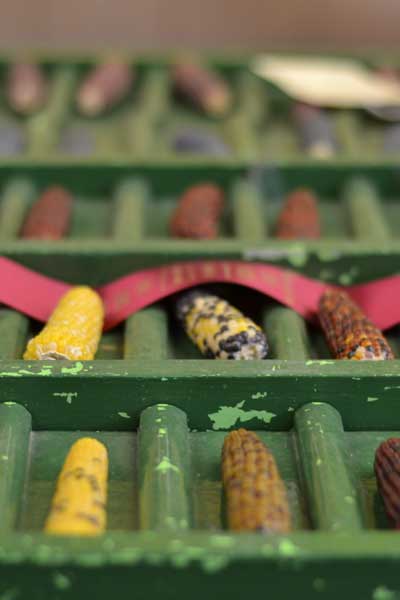 Since 2006, the main attraction – 600 pounds of pure cream Iowa butter in the form of a cow – has been created by West Des Moines’ Sarah Pratt. She the Fair’s fifth butter cow sculptor. 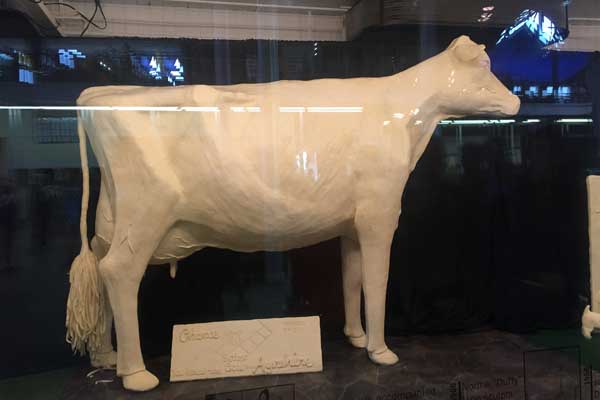 There’s nothing more “Iowa State Fair” than deep-fried food, pierced for easy eating-while-walking. In fact, there are more than 70 types of food on-a-stick to enjoy. I wasn’t able to find the Ultimate Bacon Brisket Bomb, but I guess there’s always next year. 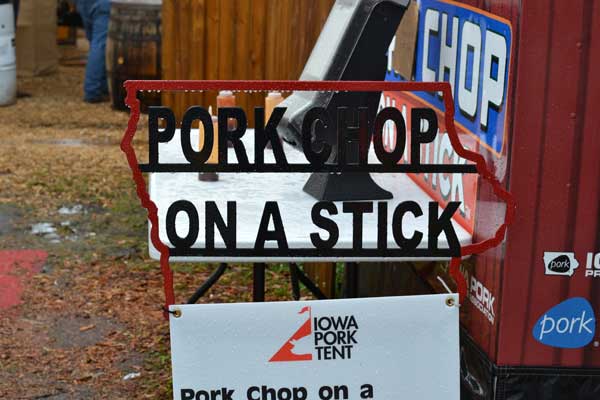